ker Gabilondo is a blacksmith and carries out his work from his forging and restoration workshop.

From his workshop, and using traditional techniques (clefting, slitting, riveting, punching, embossment, boluteado, etc.), he has carried out many forge works both to manufacture new pieces and to restore the works of other former blacksmiths: handrails, knockers, hinges, locks, and defensive motives for old doors, such as nails. Iker carries out the restoration of pieces made of iron, cast iron, copper or bronze, using and choosing the techniques to implement in each case, which depend on the material and the element to be restored. These old pieces, on occasions, are lacking certain parts. In those cases, he carries out the process of grafting. He has also worked on the restoration of locks and old keys and in the manufacture of elements which require certain heating treatments: annealing (to soften and eliminate tensions), quenching (to harden) and tempering (to eliminate the fragility of the quenching and adjust the level of hardness one aims to achieve).

In any case, as a blacksmith, Iker has specialized in lead fillings:

Lead is the metal which has been traditionally used when joining different elements and metals. When a metal is fixed to a stone by means of lead, lead acts as a bearing. The lead wraps the other metal round, protecting it from the oxygen in the air and from water, assuring its resistance, durability and inalterability. Moreover, lead protects the stone from the dilations that metal suffers when it is exposed to extreme weather conditions, protecting it from the vibrations that the metal can transmit to it, and avoiding cracks. This technique solves encounters in the various elements where the problem of joining or fixing iron and stone arises. Examples of these are handrails, hinges, grilles, crosses, yokes of bells…and the iron staples to join stones together (present in fountains, cupolas, sculptures, pinnacles, tribunes and balconies). The durability of this type of unions, shows a clear efficiency which is still to be proven by fillers and mortars, which are exposed (as happens with bad lead fillings) to the formation of microcracks which let both water and air through, leading to the rotting of the metal and the cracking of the stone.

Iker’s main activity is, therefore, focussed on the manufacture of lead fillings and desemplomados (which consists of removing the staples or the metal elements from the fillings).

These desemplomados are carried out using techniques which allow protecting the other material as much as possible. For this, drills and chisels are used with great care, so that the resulting gaps are as small as possible. This allows to preserve, at the action point, the qualities that the lead will provide later, since once it is done, it allows the piece to remain as it was when it was made.

The lead fillings (when lead is poured inside the gap which has been opened in the stone, once it has been decided where the metal is going to be placed on top of it) can be carried out heating the lead or not (ceilings…), and after, they are infilled (the material is compacted by means of specific chisels). The result are unions which ensure a good contact between the stone and the different metals, which is translated into durability. Lead fillings are used in all those metallic elements which are to be attached to stone or embedded in it.

As a specialist in lead fillings, Iker takes part in the restoration works for the Cathedral of Santiago de Compostela and collaborates with different restoration companies.

Iker gave his first steps as a blacksmith in a self-taught manner. After working as a jeweller/goldsmith during approximately ten years, it was along with Germán López and Marta Irusta that he became familiar with the use of metals such as silver, copper and brass. He completed his training as a master blacksmith with Ramón Recuero, Luis Albiac and Alberto Leis, as well as via attending blacksmith’s gatherings (Santa Eulalia de Osco, Alpens, Alins…). There he got to know Thomas Mink, Juan Ocampo, Jesús Morcillo, Diego Lobez, Enric Pla, Ramon Busquets, Vicente Grajera, Friedich Bramsteidl, Miguel Xirau…etc.

He carried out his specialization in lead fillings with the Master Santiago Martínez Otero, in Santiago de Compostela. It is from him that he learnt both the techniques and the way to carry out these very specific works.

Among his works, it is worth underlining the following interventions in the Cathedral of Santiago de Compostela:

Other notable works he has carried out include the following: 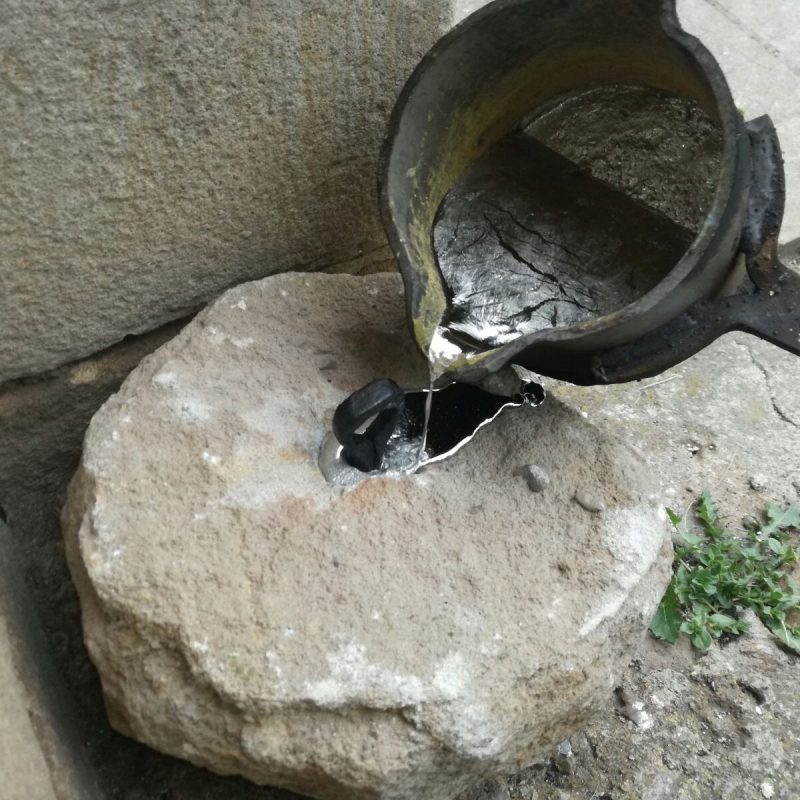 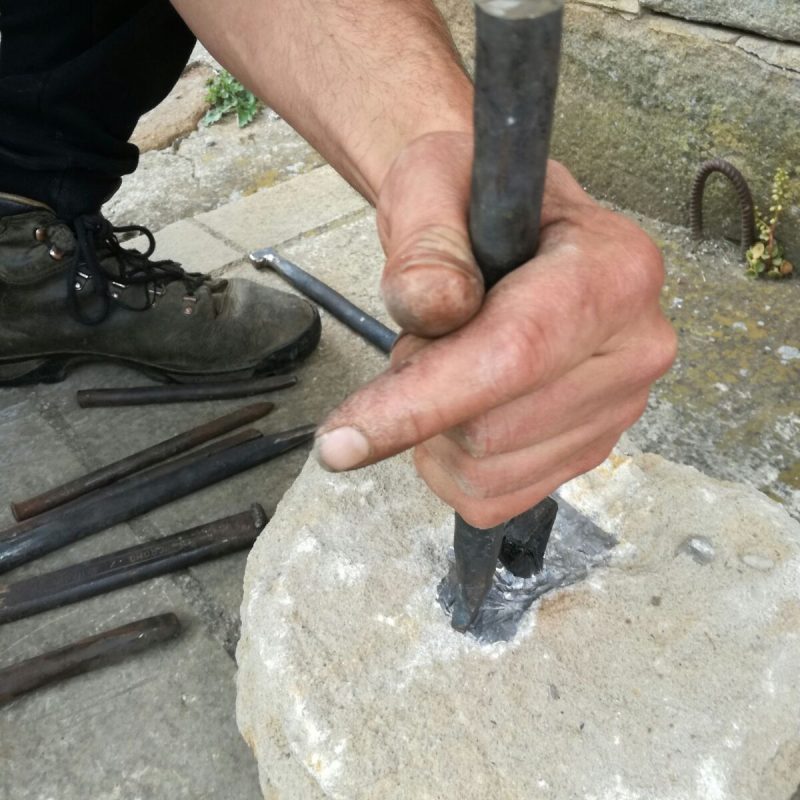 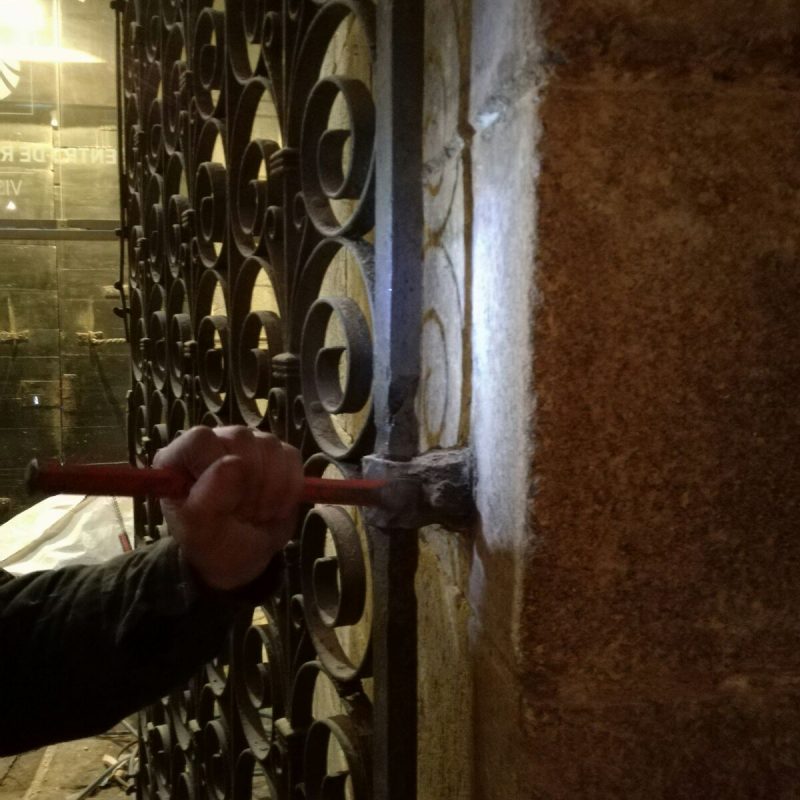 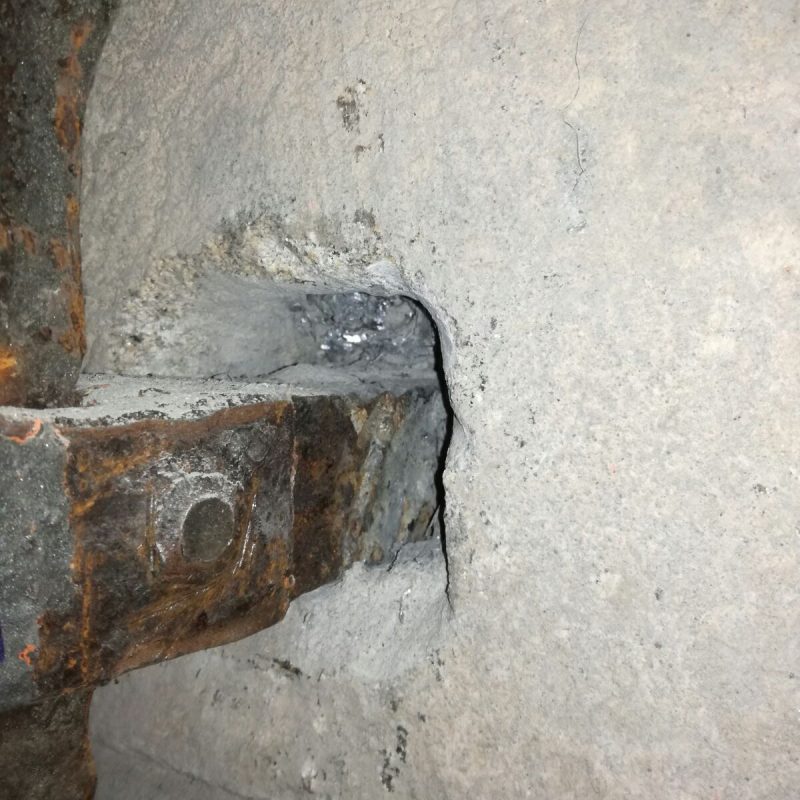 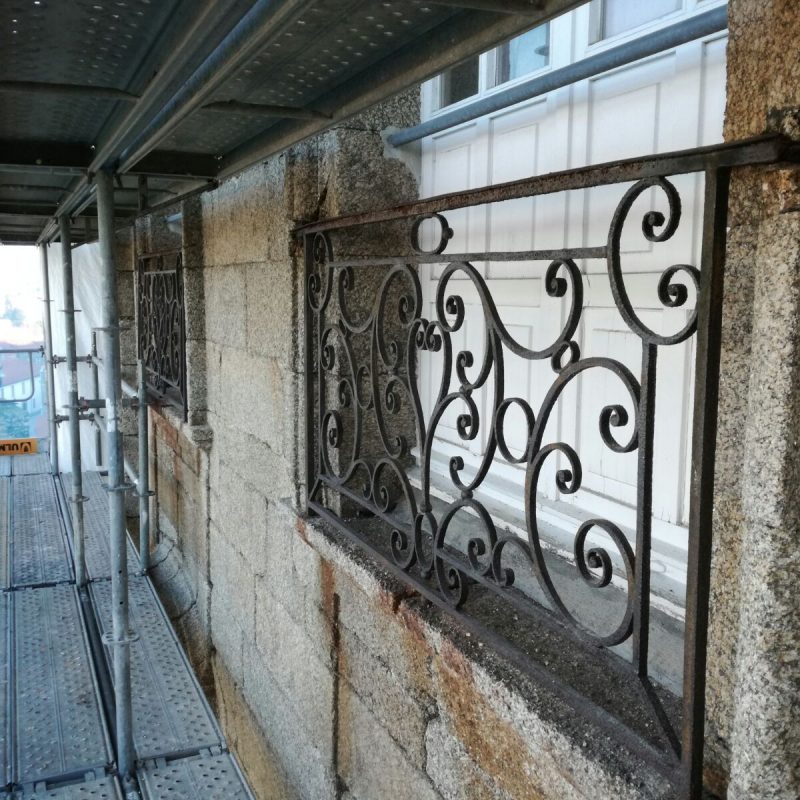 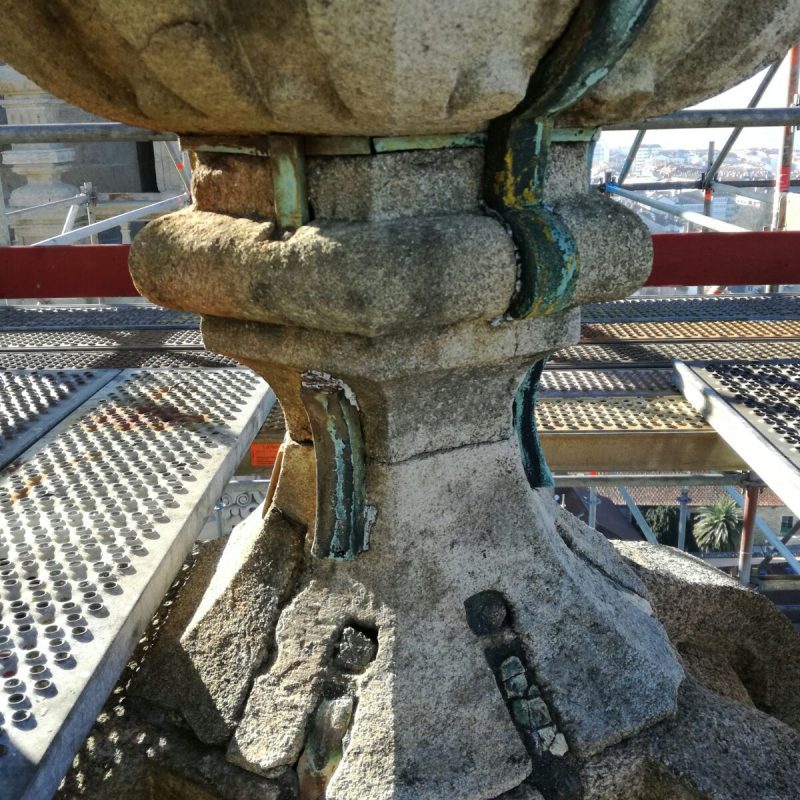 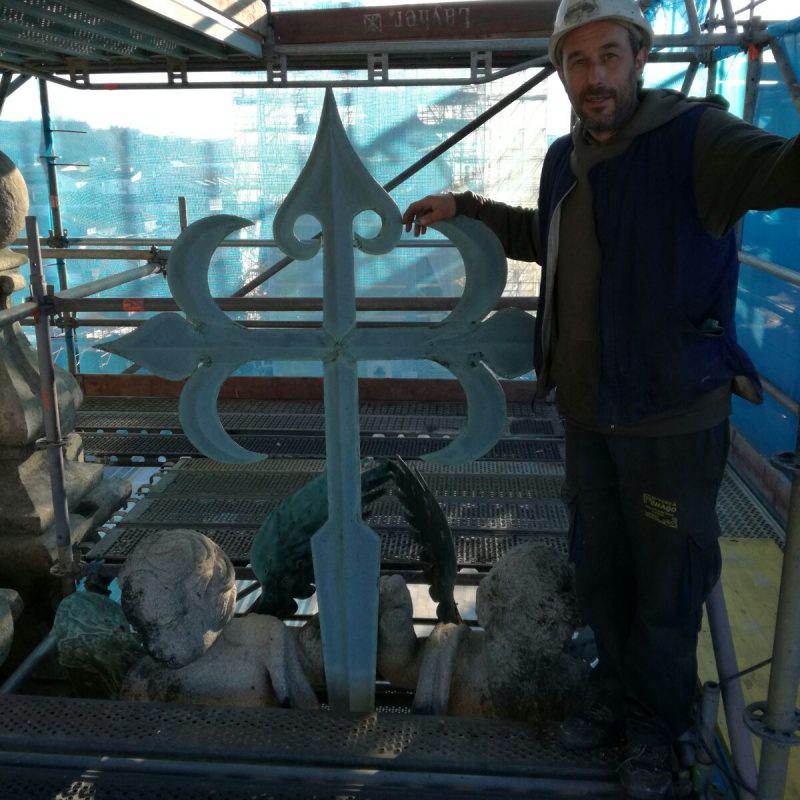 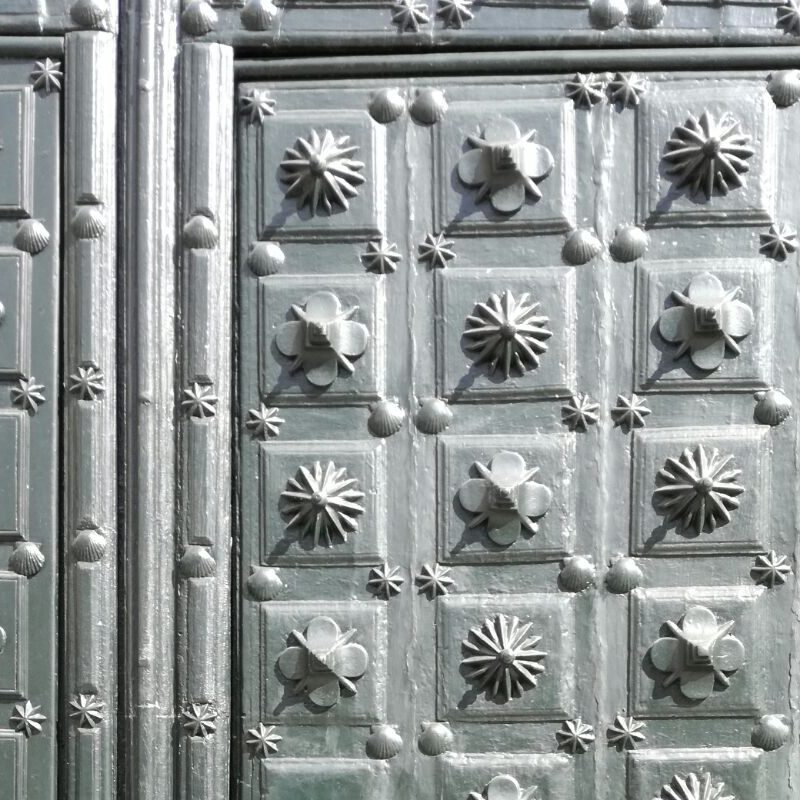 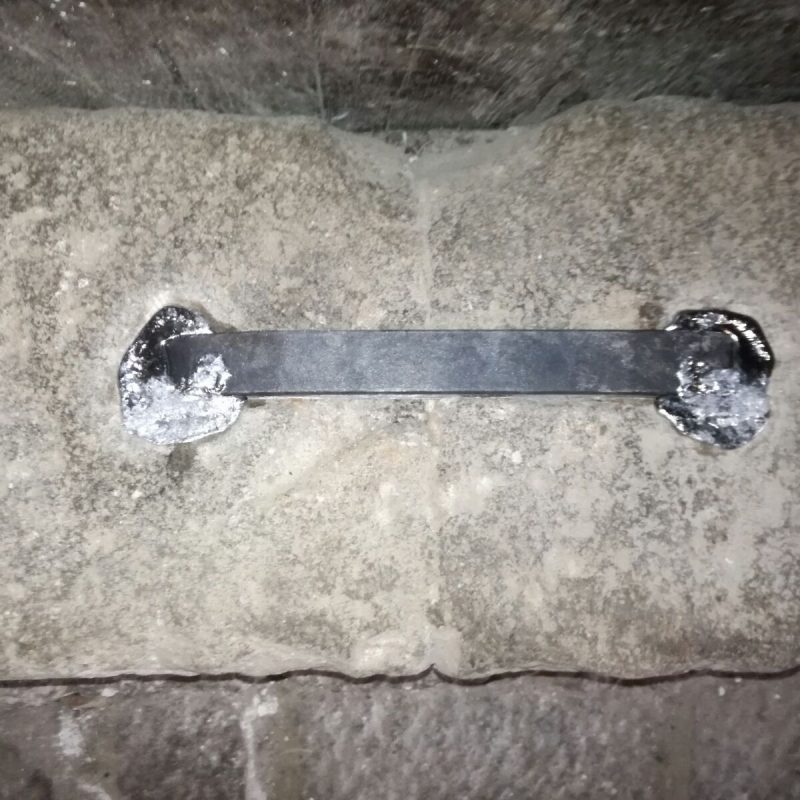 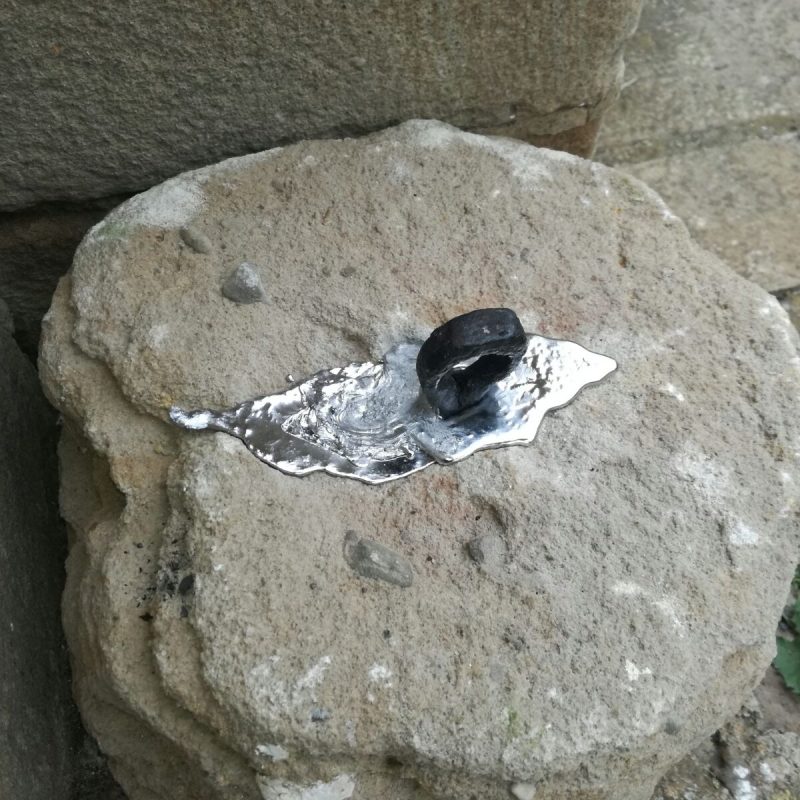 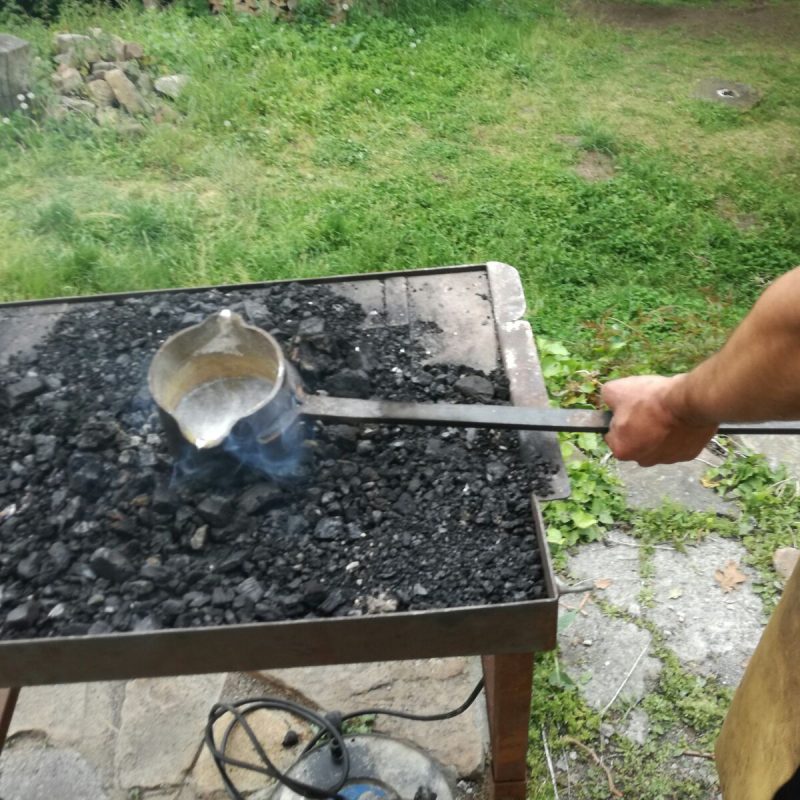