The reason behind his dedication to this activity goes back 90 years. Felip Martín, his grandfather, started in the noble craft of masonry. After that, his father, Fèlix Martín, followed, and lastly it reached Feliu Martín. It is worth mentioning that the three of them obtained the accreditation of Master Craftsmen from the Generalitat de Catalunya, becoming the only family in the entire Catalonia with three members of the same saga awarded with such distinction. Feliu Martín was the youngest artisan of all to receive the title of Master Artisan.

For many years, as part of his relentless dedication in the field of restoration and advisory, he has also been involved in teaching. His work has been the subject of several films and documentaries for the main TV channels of the entire world (at a national level, TV1, TV2, TV3, and at an international level, the French TV2, the Italian RAI, the Canadian TV, National Geographic, the British BBC, the Japanese TV, etc…).

Today he works to maintain the artisanal process, being helped out in the roughing phases of the process with the most modern technology, through CNC machinery. This balance has enabled him to contribute uninterruptedly for over 14 years in the construction of the Sagrada Familia in Barcelona. The complex stone geometry of the great architect Antoni Gaudi has made them become a referent in this marvellous Gaudinian field, where conical shapes (parabolas, hyperbolas, sinusoids, helixes…) make it necessary to have an artisan training, together with the contribution of IT. Only the balance between craftsmanship and technology has enabled them “to live”. However, always keeping very clear where one thing starts and the other one ends.

His training was always empirical; the knowledge was passed on from one generation to the next. He had good masters within his family. He has always been very constant in his learning, which has not finished yet, since he still continues to find new challenges to face and activities from which to learn from. Moreover, Feliu had to study deep into the field of IT and geometry, since the complexity of Gaudí’s geometry required him to do so.

Many were the years when they combined restoration and construction works with teaching in schools/workshops:

-In the year 1992 they (Félix y Feliu) were instructors at the workshop in a series of training sessions dedicated to sculpture with students at the Waldorf School of Art in Ottersberg and Stuttgart (Germany).
-Between the years 1992 and 1994 they took part in the training works for future stonemasons at the school/workshop El Francolí (subsidized courses by the National Institute for Employment).
-In 1994 they took part in Expocultura, in Barcelona, exhibiting part of their works, doing live demonstrations and showing techniques of their craft.
-Between the years 1994 and 1998 Feliu Martín delivered training courses on the craft of masonry and cutting techniques at the school Centre Aramunt (prestigious professional training school in the Catalan Pyrenees).
-In the years 1995, 1996 and 1997 he trained future stonemasons in the school of Picapedrers de la Garrigues (subsidized by the Generalitat de Catalonia).
-In 2002 he took part, representing Catalonia, in the international gathering of stonemasons in Dresden (Eastern Germany), taking part in the restoration of the Frauenkirche of this city.
-In the year 2000 he started working in the Sagrada Familia in Barcelona where, for 16 years, he has been the head of the stonemasons. In the Sagrada Familia and via the Escola Gaudí of construction, he delivered courses during the years 2004 and 2005 for students from Italian schools –from Florence and Arezzo (formazione senza frontiere) – and also from Paris (les compagnons du tour de France). In these courses they taught the techniques to master stonework and their application to Gaudi’s works. 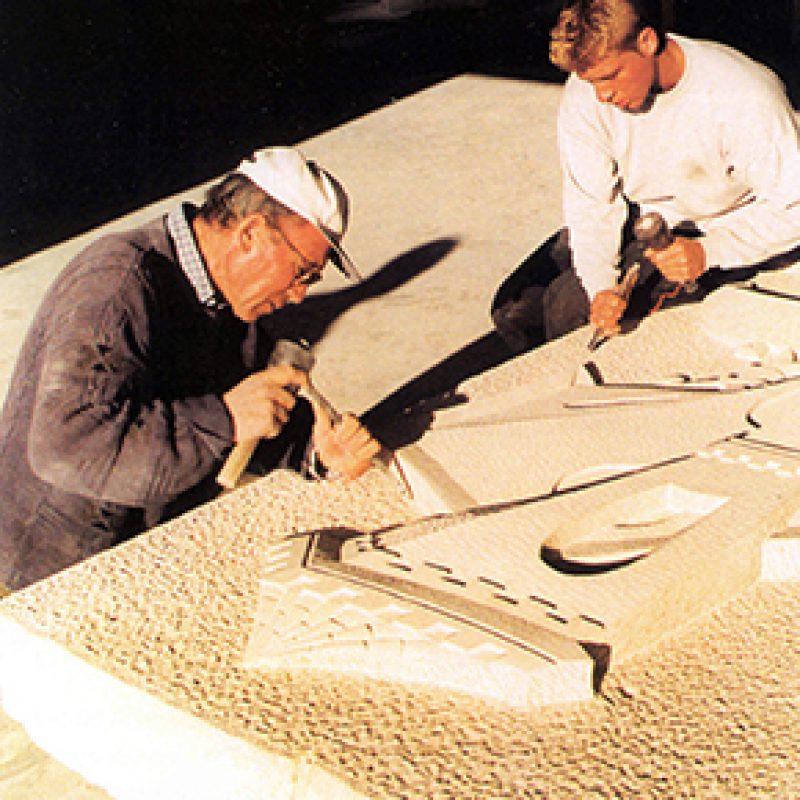 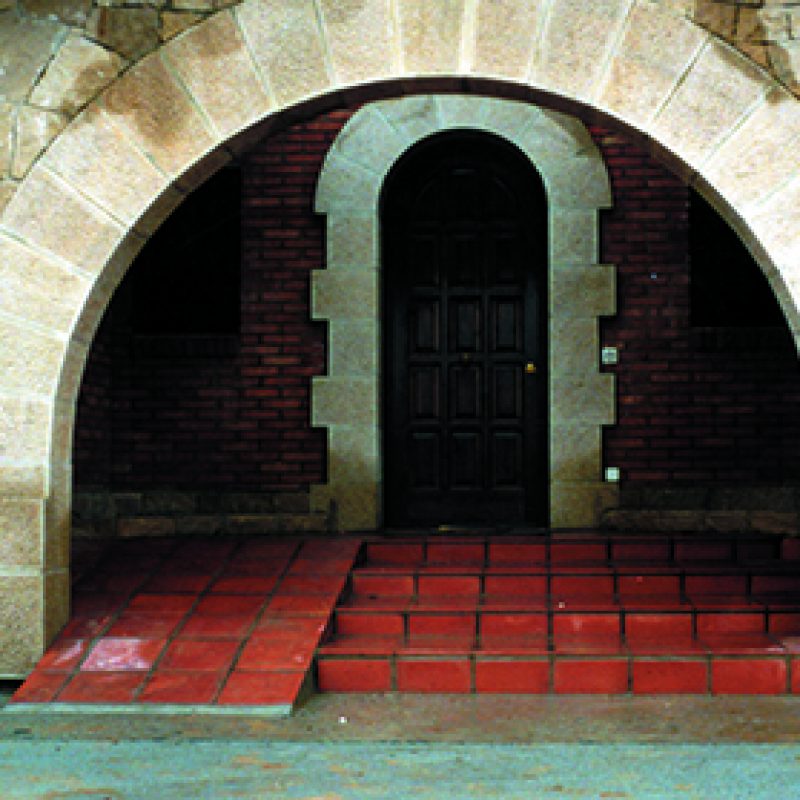 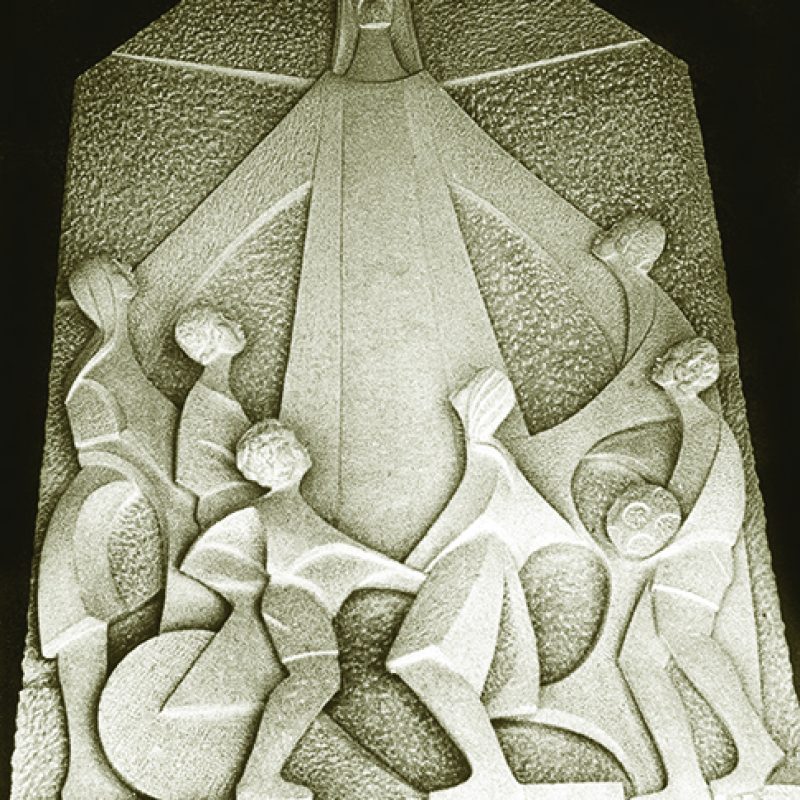 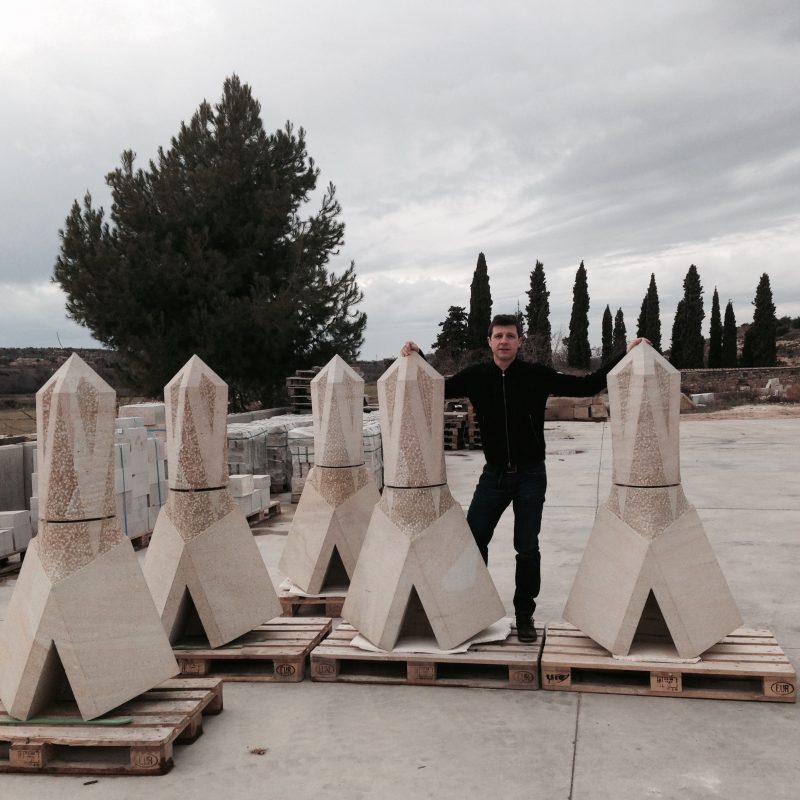 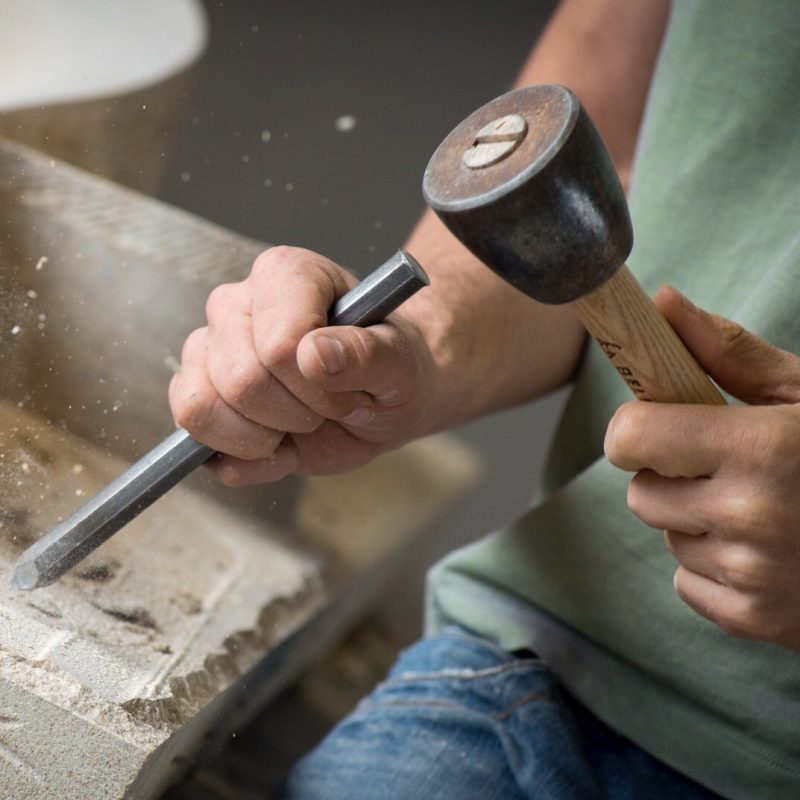 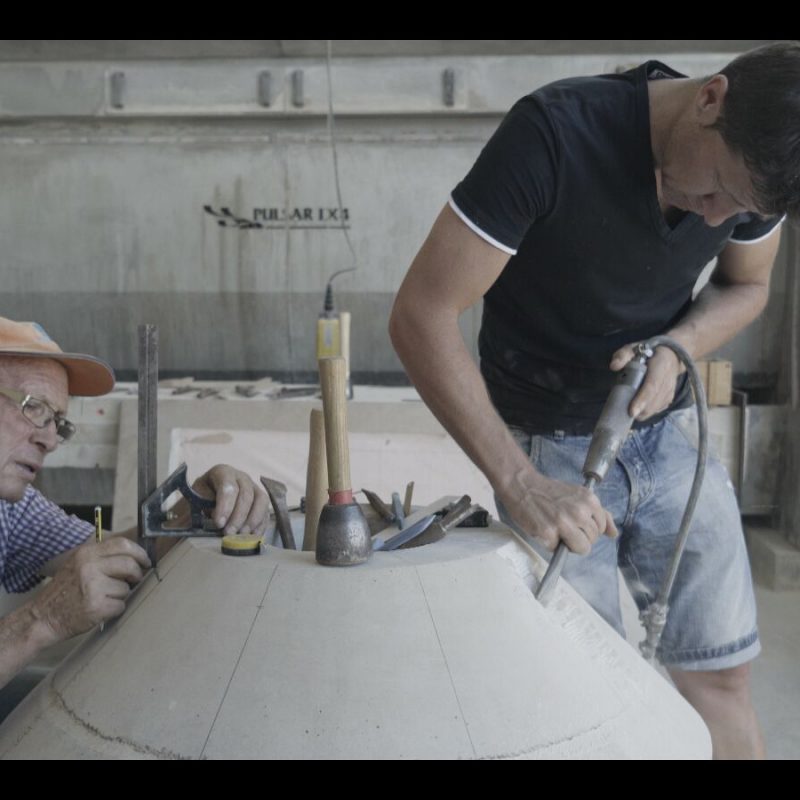 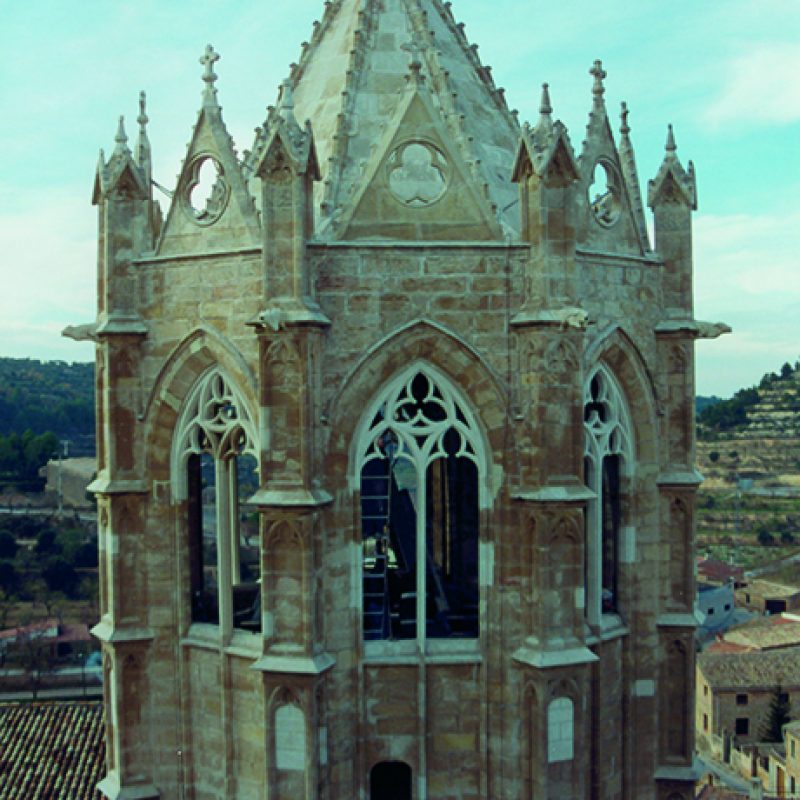 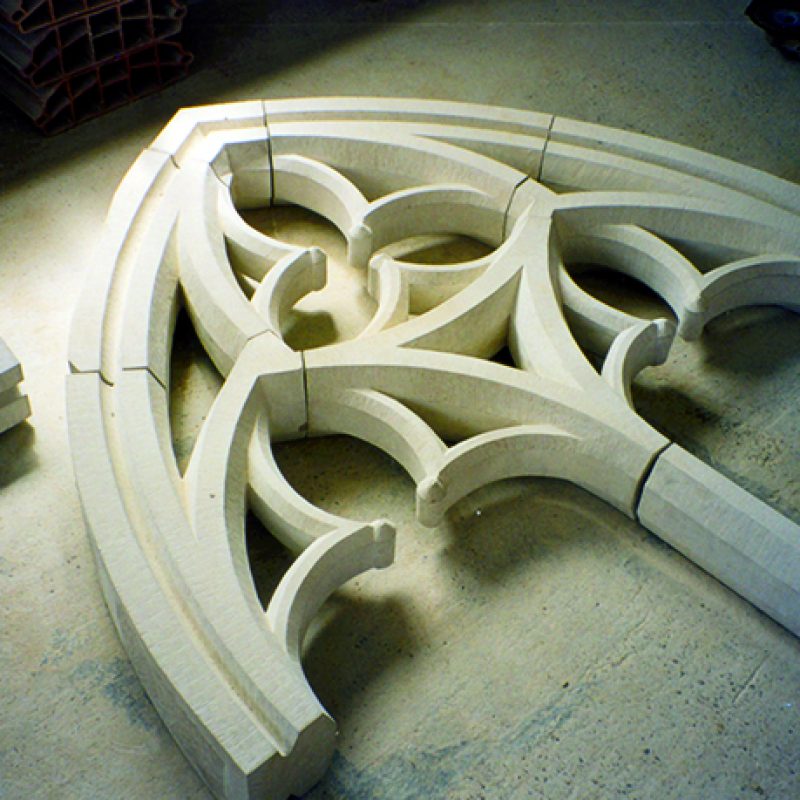 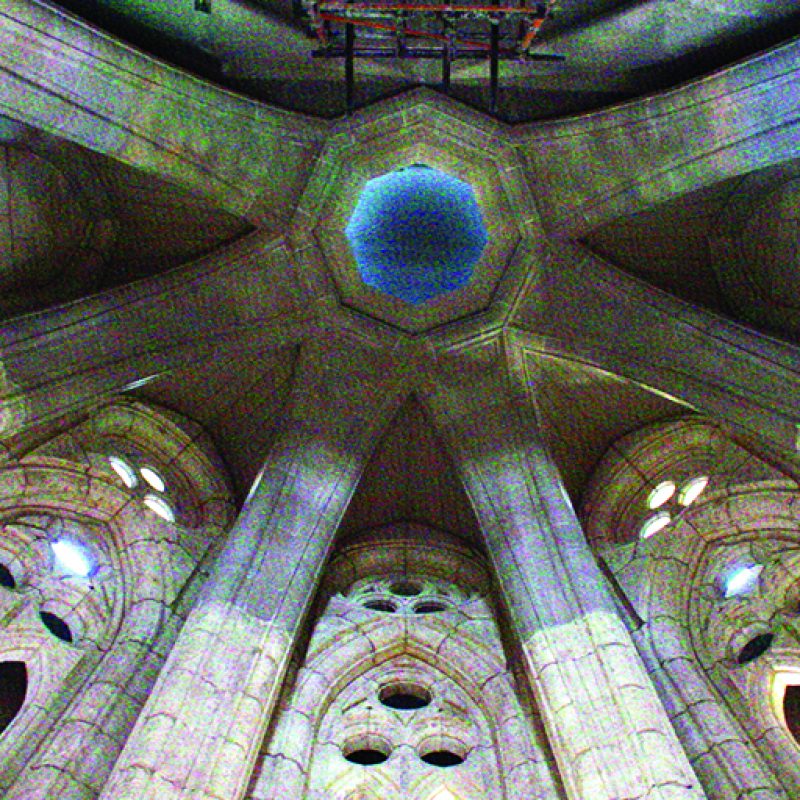 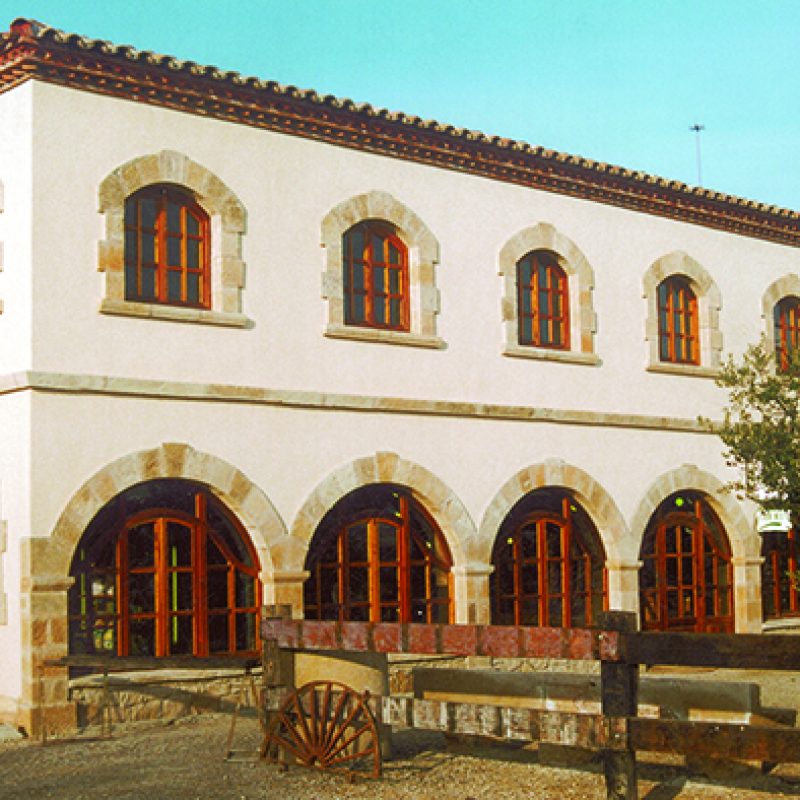 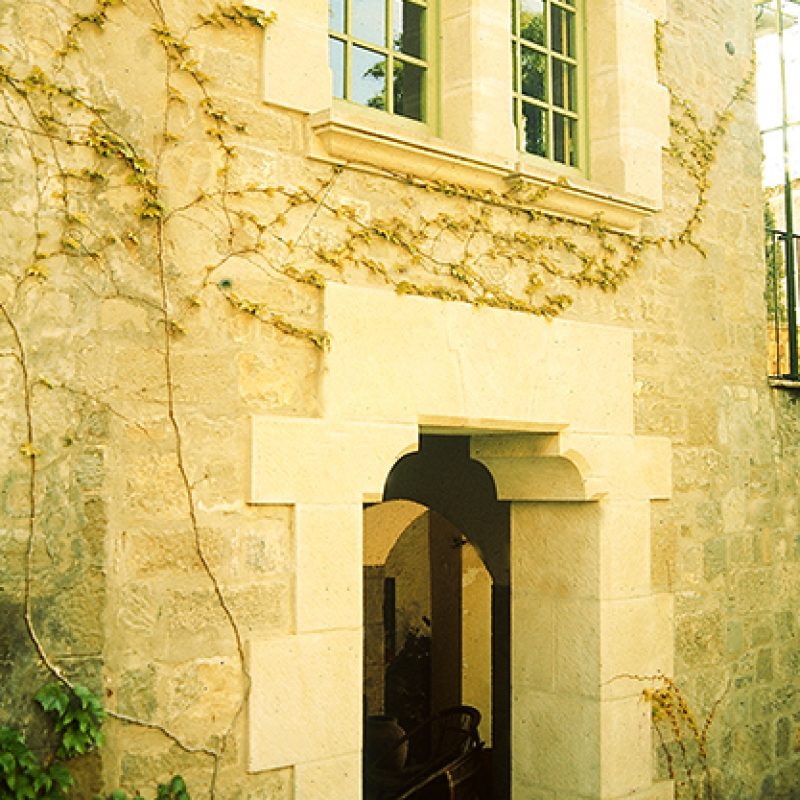 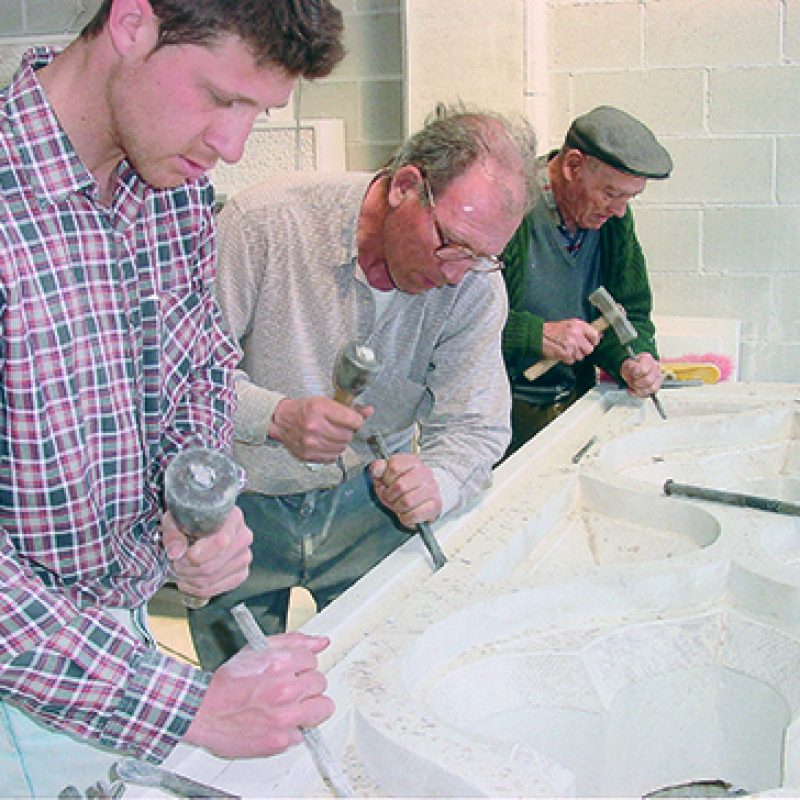