The Richard H. Driehaus Charitable Lead Trust is a non-profit north-American institution founded by the philanthropist and businessman Richard H. Driehaus. It provides important support for projects related to promoting traditional architecture, urbanism and the conservation of heritage.

The Richard H. Driehaus Prize is awarded annually in collaboration with the University of Notre Dame to an architect who is still alive and whose mastery of the principles of traditional or classical architecture and urbanism have led him to carry out built works which are especially noteworthy because of their design and their social and environmental features. Together with this prize, each year they give the Henry Hope Reed Award to individuals who are not involved in the architectural practice but who have significantly contributed in supporting the preservation and development of the traditional city.

Started in the year 2012, its aim is to reward those Spanish and Portuguese architects who throughout their professional career have contributed with their works to the conservation, continuation and adaptation to the contemporary needs of the constructive, architectural and urban traditions, characteristic of those places where they have carried out their interventions. 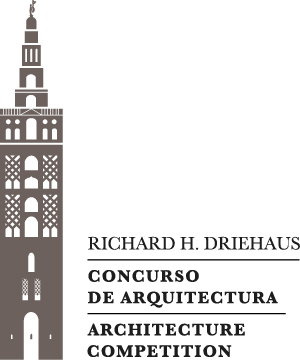 Organized by INTBAU, the Ministry of Transport, Mobility and Urban Agenda, the Ministry of Culture and Sports and the Council of Architecture Institutes of Spain (CSCAE). It is an International Competition aimed at promoting the practice of a type of architecture and urbanism which is committed with the preservation of Spanish Cultural Heritage and the architectural traditions of each region.
It is organized in two phases: In the first phase, municipalities throughout Spain are invited to submit possible topics and sites for the competition. An international jury consisting of representatives from the various institutions participating in this initiative review the proposals that were received and select the three submissions that best meet the proposed objectives and criteria In the second stage of the competition, an international stage in this case, architects from around the world are encouraged to submit architectural and urban design proposals for any of the three sites that had been selected. The winning proposals for each locality receive a 12.000€ prize. There are also up to three honourable mentions per location worth a 2.000€ prize each.

They are awarded in Spain, also as a result of the collaboration of the aforementioned institutions, to the front-line masters in the different crafts relating to traditional construction who outstand the most in the preservation and the continuation of these traditional crafts. The works are grouped for these prizes in four categories, each one of them awarded with an annual 10.000€ prize and a commemorative plaque. Apart from that, with the aim of giving continuity to the work they carry out, the jury will select one of the four award-winning masters, who will train an apprentice during a period of one year, receiving in exchange financial support of up to another 14.000€ as long as the a priori-agreed results are achieved.