This workshop has restored and carried out special and complex stuccoes since 1881. They master a large variety of techniques, all of them based on the traditional stucco.

The Casadevall family learnt the craft at the family home and in different areas of Catalonia and Italy. The majority of their most important works can be found in Barcelona. Some of their works have even received major acknowledgments. Examples of these are: the Jewellery Joaquín Berao, for which they received the FAD Prize for Interior Design; Casa de los Veleros, located in Via Laietana and the Casa Almendro in Paseo de Gracia, awarded with the Prize “Premio Ciudad de Barcelona” in the field of Restoration; and also the housing estate located in Calle Navarra y Reverter, also in Barcelona, which received the Prize “Premio Construmat” in the field of Rehabilitation.

The basic composition of their stuccoes is slaked lime and marble sand. The colour is obtained preferably by the incorporation of earthy minerals even though they can also be obtained from synthetic pigments.

The different types of stuccos they carry out are hot-ironed stuccos, Venetian-type stuccoes, carved, with rustic finishing, fresco painting, stuccoes imitating stone and sgraffito, modern ones, classical ones or multi-coloured ones.

They also carry out restorations of stone in balconies, masonry elements, ornamental elements and statues.

From their family’s legacy, from their parents and grandparents.

Training in stuccoes at the Escola Massana in Barcelona. 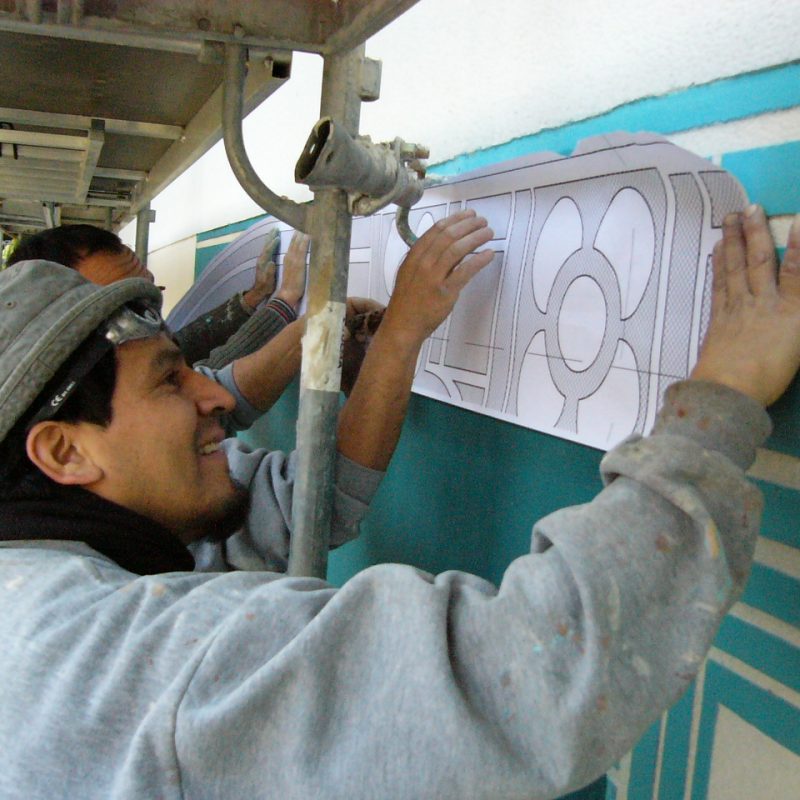 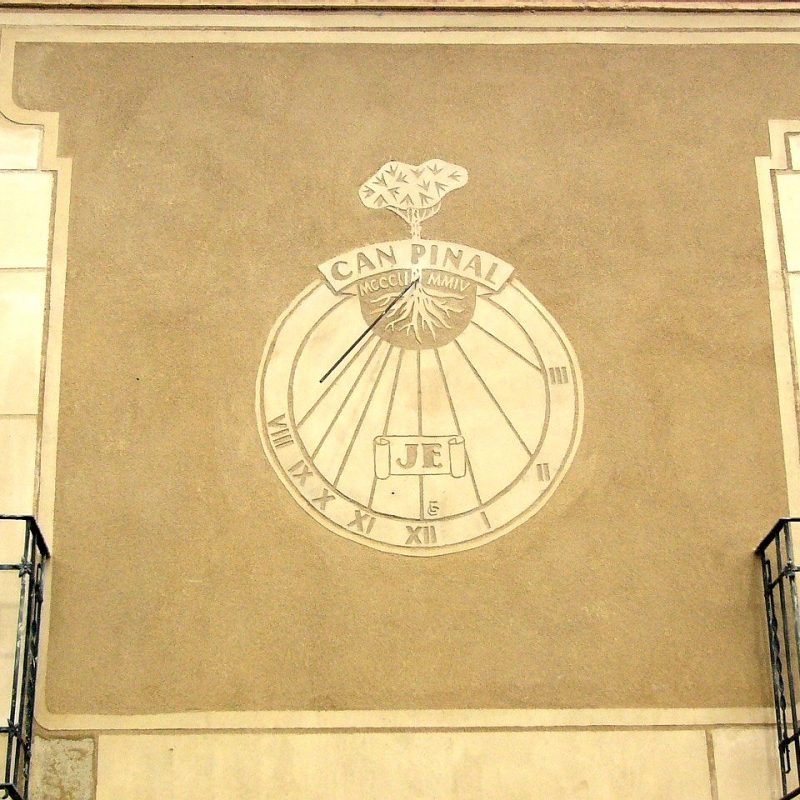 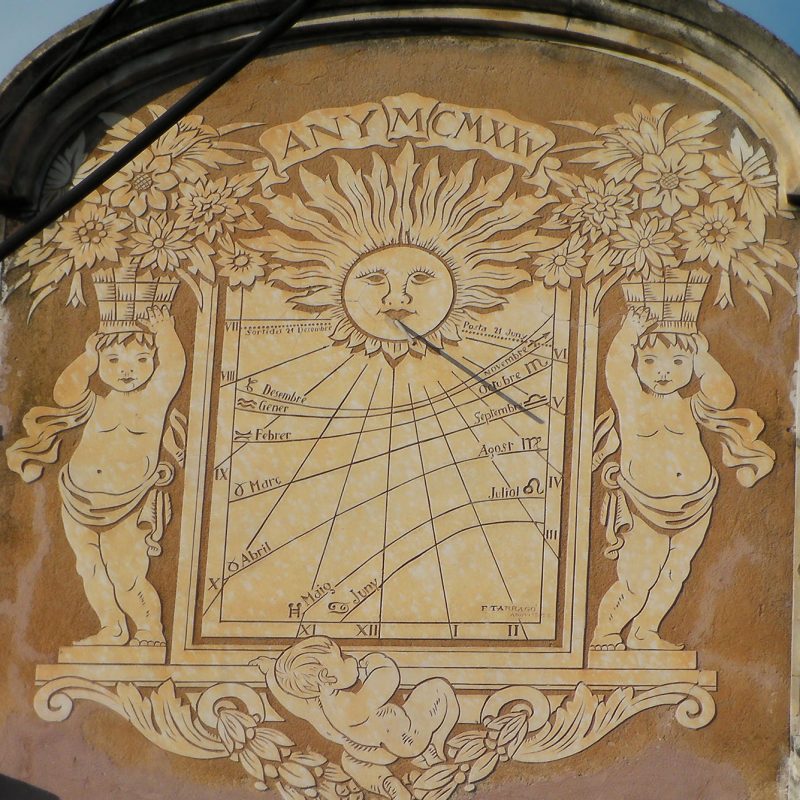 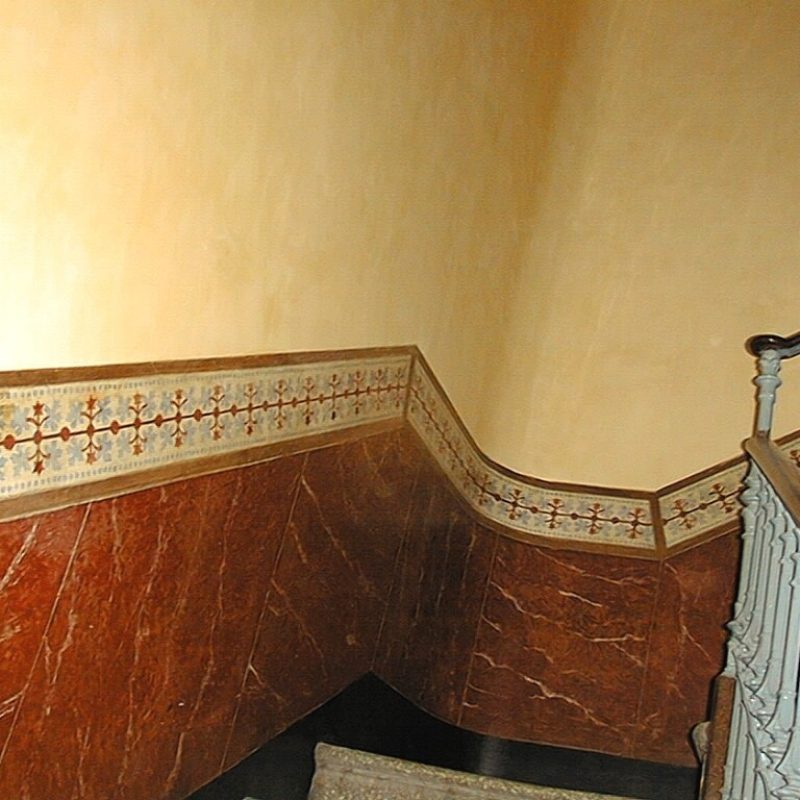 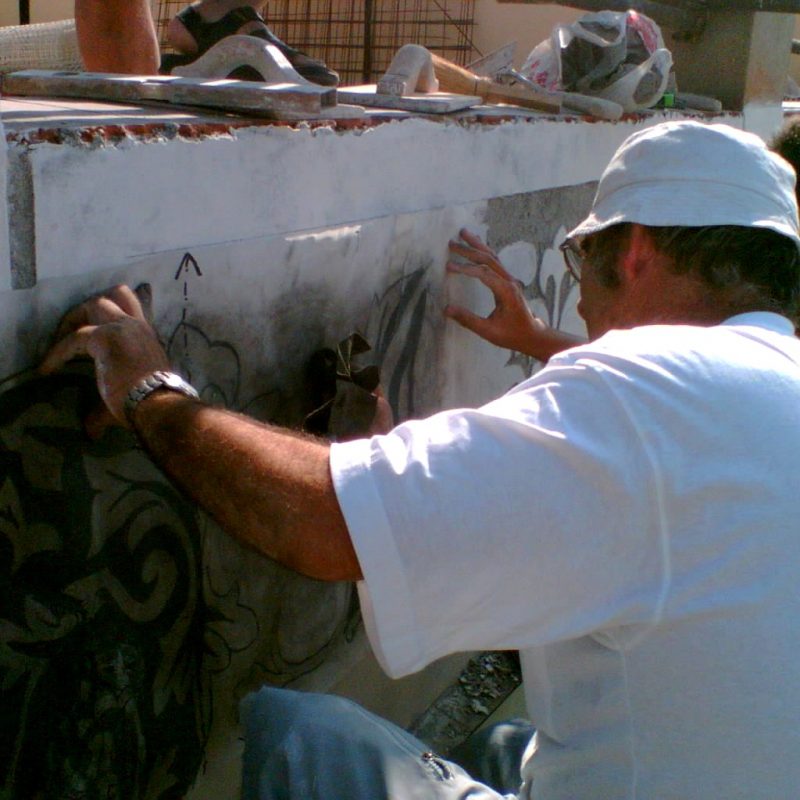 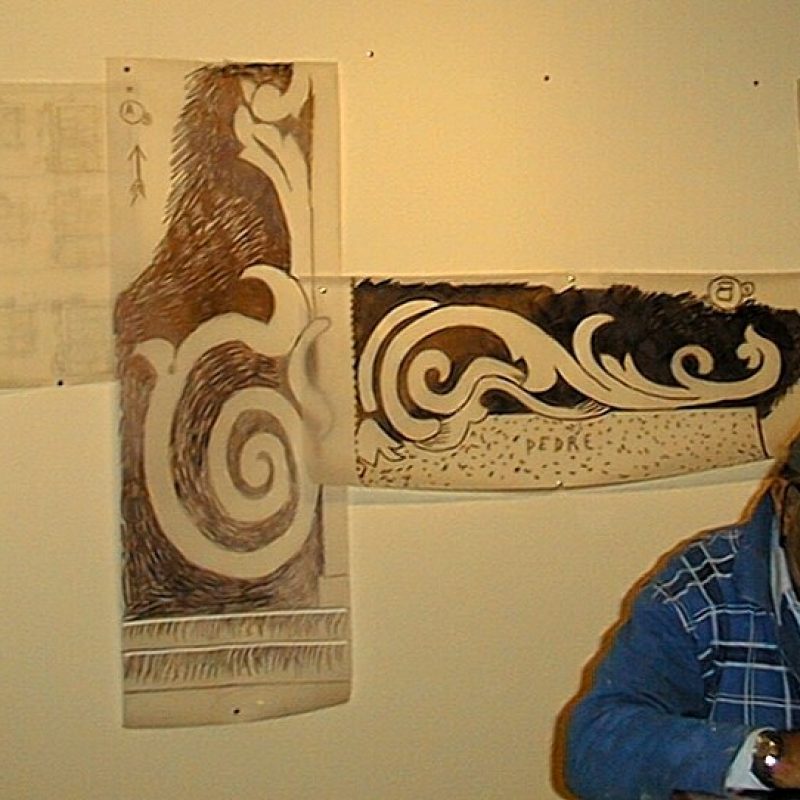 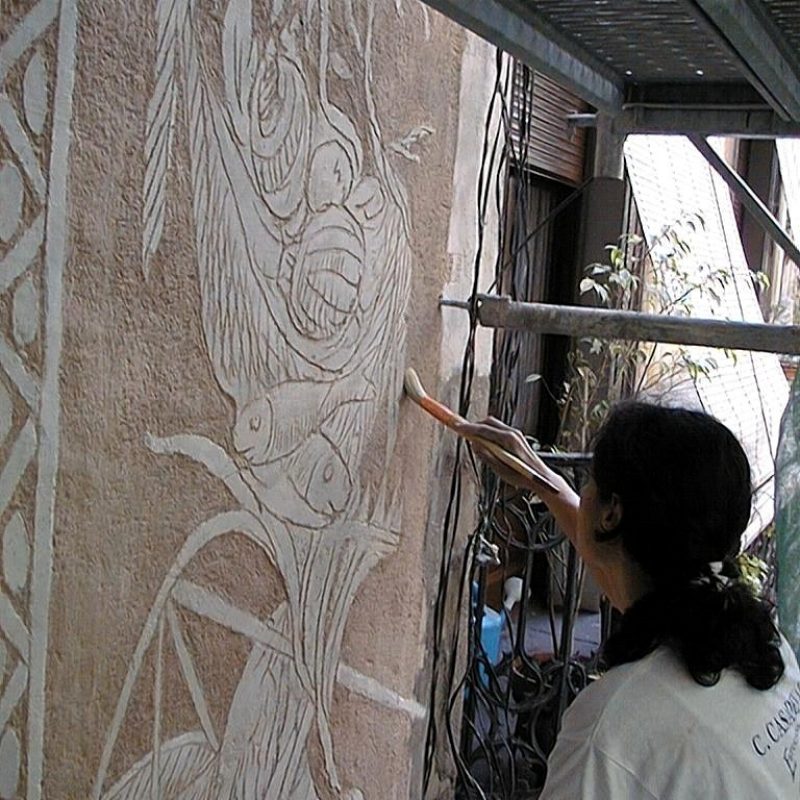 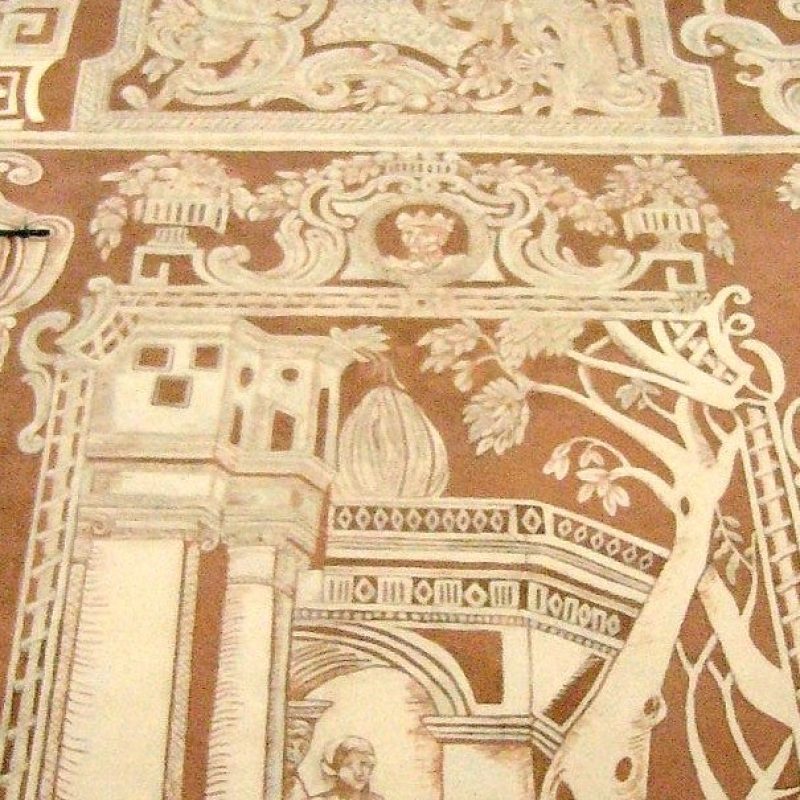 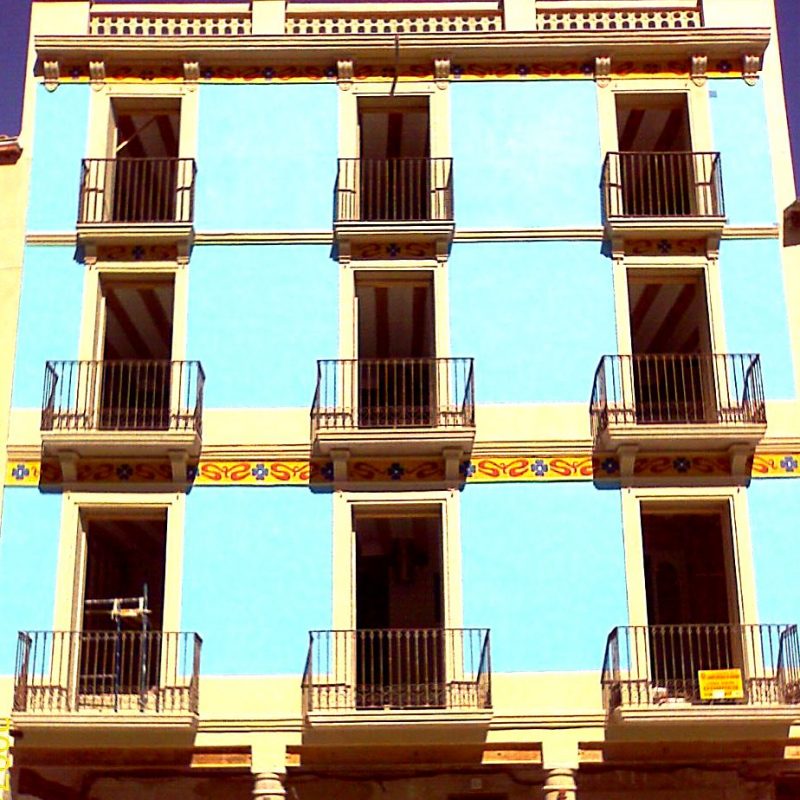