They carry out all sorts of traditional finishings made of lime, gypsums, clays and whichever combination among them. It is worth highlighting that they manufacture their own mortars, with a selection of the best raw materials: binders, aggregates, pigments etc., depending on the kind of work they have been commissioned with, on the major or lesser exposure to weather conditions, and on the visual effect they aim to achieve. They even have their own hydrated lime which has been left at ease for up to ten years.

Regarding the techniques and tools, the works they carry out are all done so using both traditional materials and tools as well as traditional techniques, since the material itself obliges to execute the works in that way. An example of this is the use of penknives for sgraffito, the use of specific carving tools – labras– for the imitation of stone or the use of wooden trowels for the finishings and the packing of the binding mortar. In those cases where it is a new construction, some of the processes are updated, largely because of the timings and also due to the higher demands in terms of the performance of the materials made by the clients, who usually don’t understand their nature. Despite this, they work to avoid the lack of setting of the renderings, prepared mixtures and basis of the stuccos and they face the increasingly widespread use of protection treatments with very little or no breathability at all, since, as a consequence of these common practices, it is very frequent that certain issues arise, such as problems regarding the carbonation or the hardening of the renders, patches and deteriorations as a result of lack of transpiration, etc.

His training has mainly been carried out within his family, from father to son, since in his family, several generations have dedicated their life to construction. He has also received training in some courses and workshops he has attended, driven by the curiosity to learn different techniques and their execution as a way to complement his learning process. He has also attended courses on rehabilitation and pathologies at the Fundación Laboral de la Construcción. At the Universidad Politécnica of Valencia, he also attends specific stucco courses taught by Enric Martínez Escoms and Tona Zalbieda Muñoz, and also another one with Oriol García Conesa. He also attends a course on Mexican vaults by Ramón Aguirre, among others.

He took part for a month in the restoration of a small Chapel made of adobe and rammed earth in Cuenca de Campos, Palencia, in collaboration with the architects Pilar Díez and Izaskun Villena.

-Cloister of the Convent of San Joaquín de Cieza: Restoration works in arches and vaults and replacement of all its renders.

-Real Casino of Murcia: Restoration works and re-composition of marble stone, ceramic finishing, plasterwork and all sorts of gypsum ornaments such as cornices, cantilevers and capitals. Restoration of the arches, vaults, walls and all of its interior finishings.

-Mudejar Tower in Matapozuelos, in Valladolid: Restoration and finishing works in all of the vaults and staircases of the tower.

-Monastery of El Olivar, in Teruel: Restoration works carried out on arches and vaults in the crypt of the Virgin of El Olivar, sgraffito and other finishings. Finishings of the chapel of the Monjes Mercedarios and the construction of the mausoleum made of marble stucco.

-Works for private clients, whether they are rehabilitations of old dwellings made of adobe, stone, rammed earth…or modern constructions. 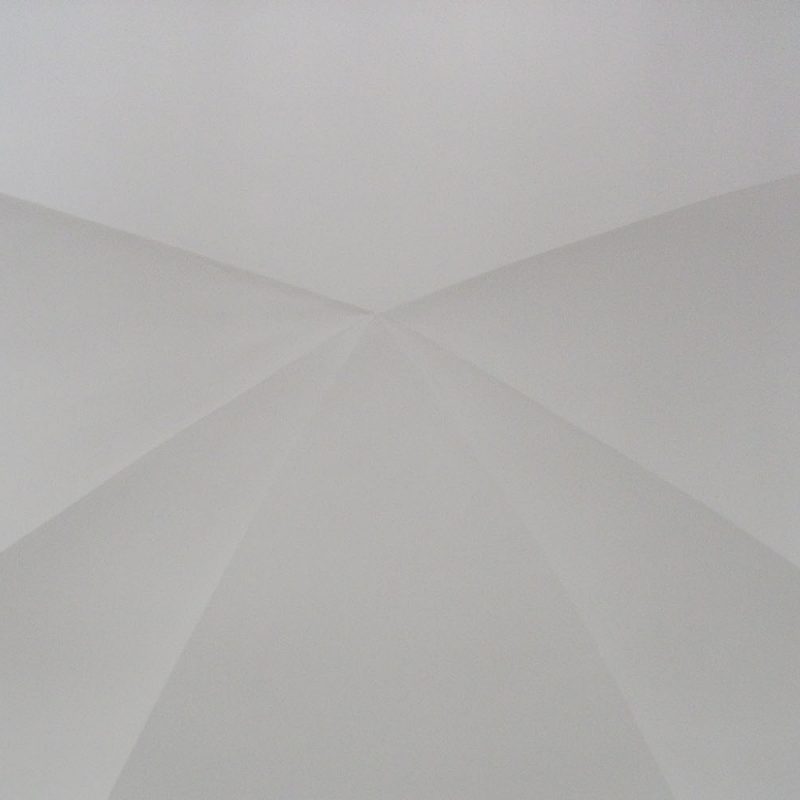 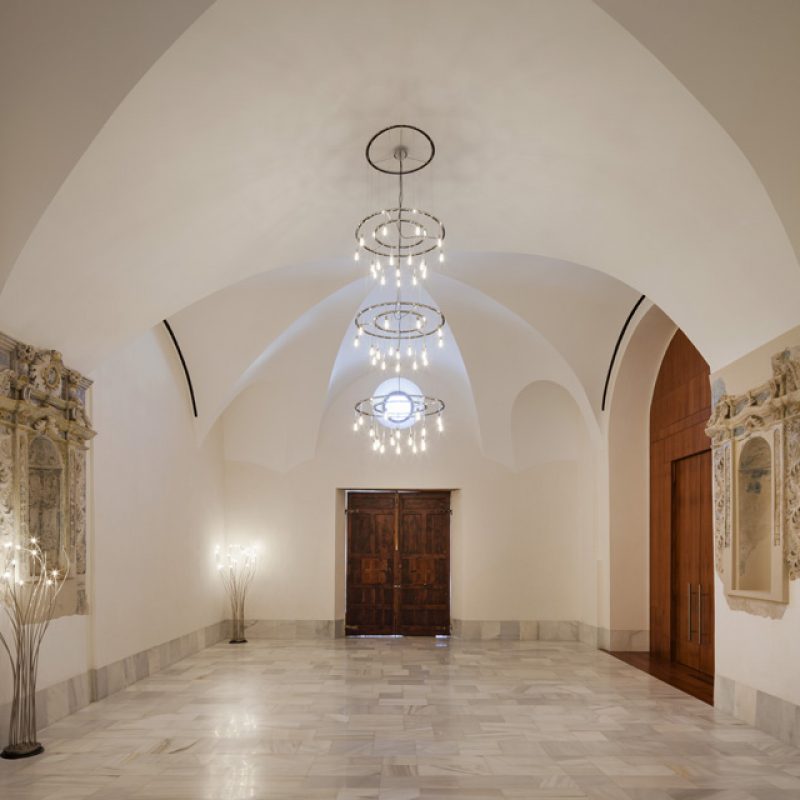 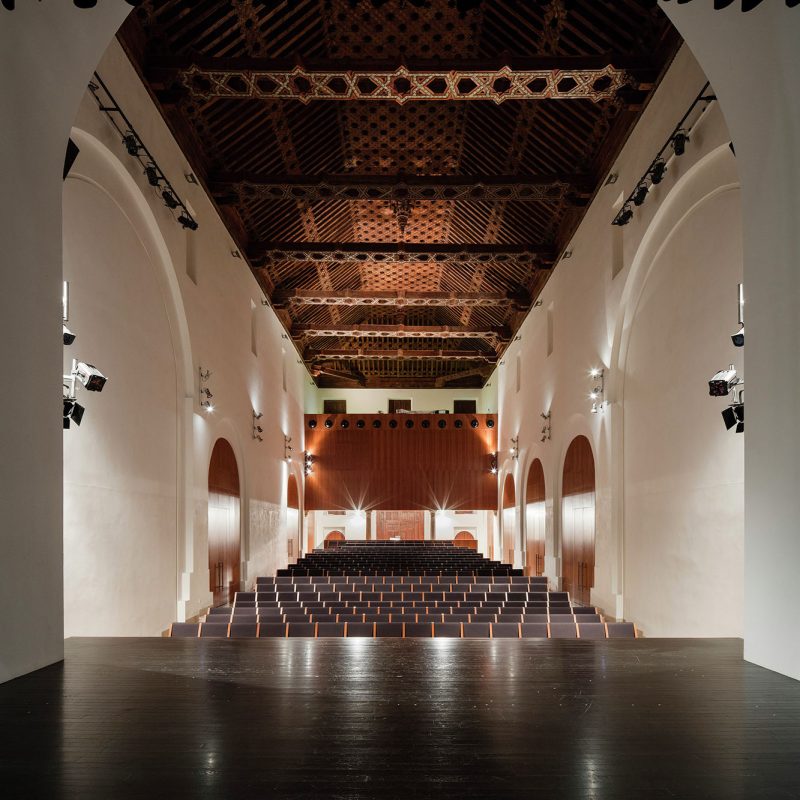 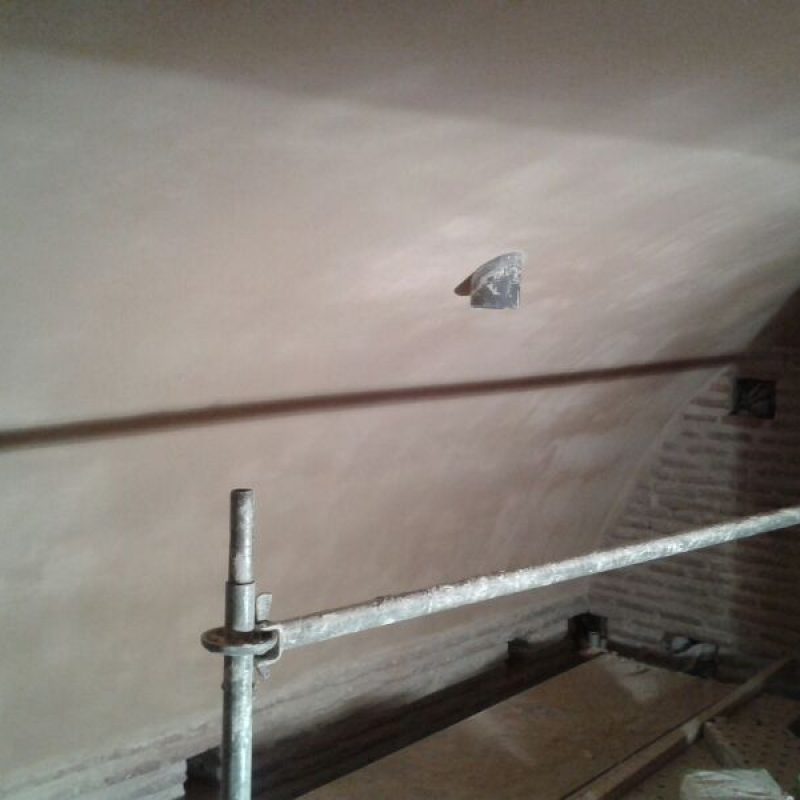 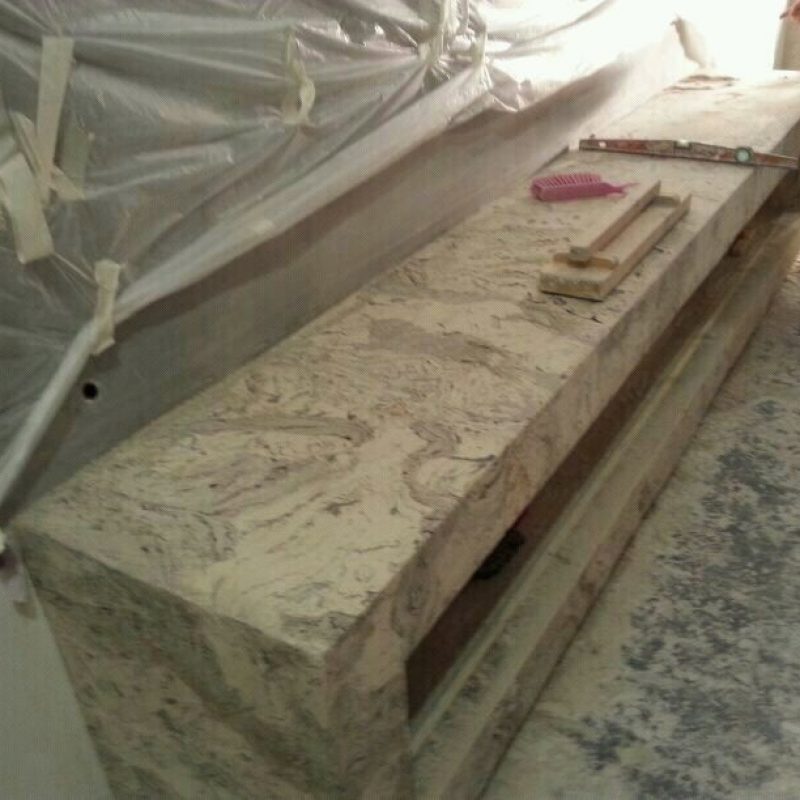 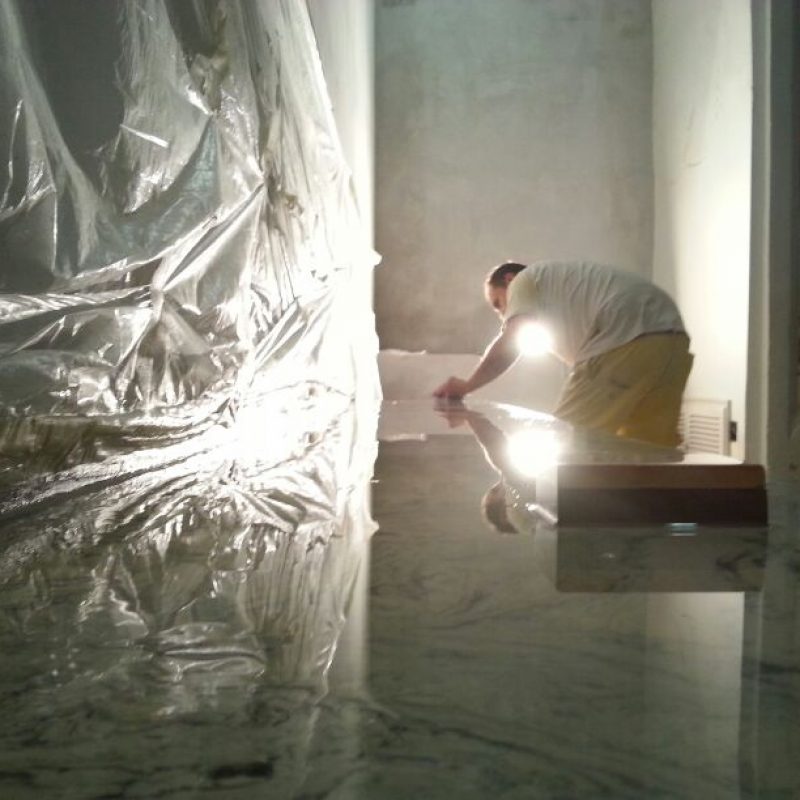 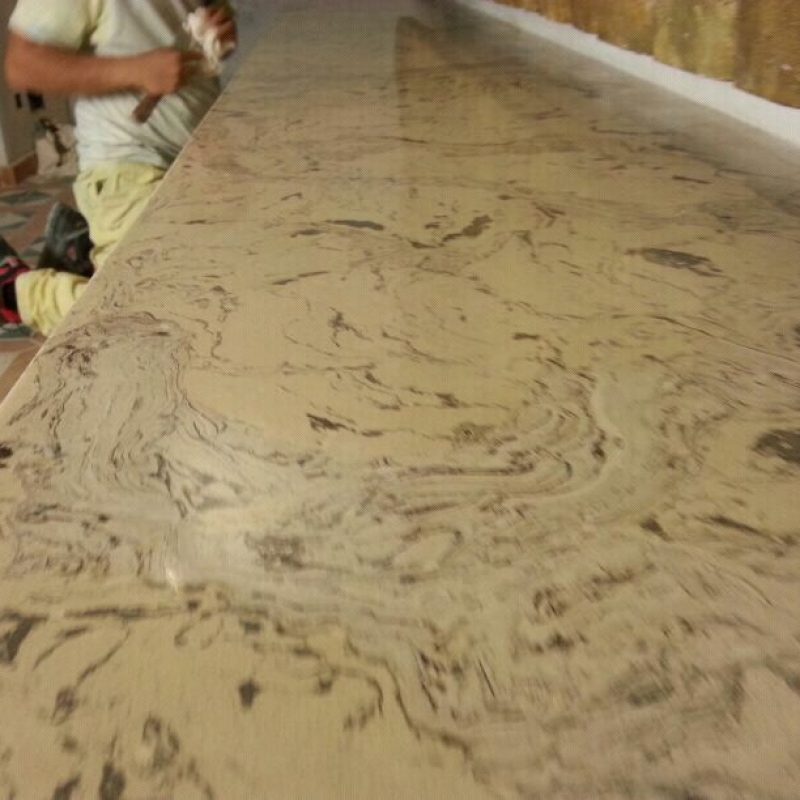 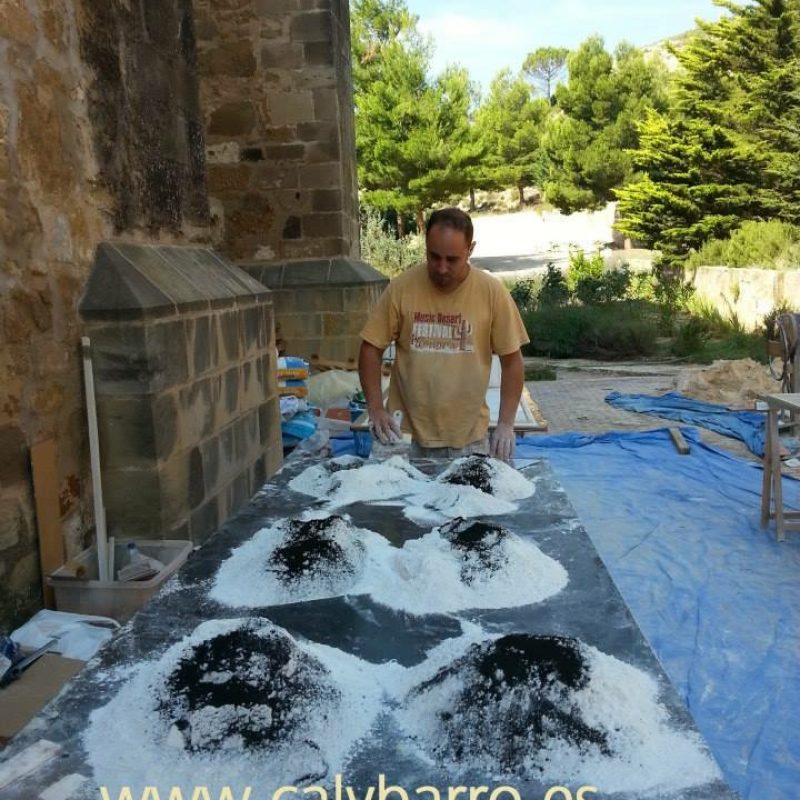 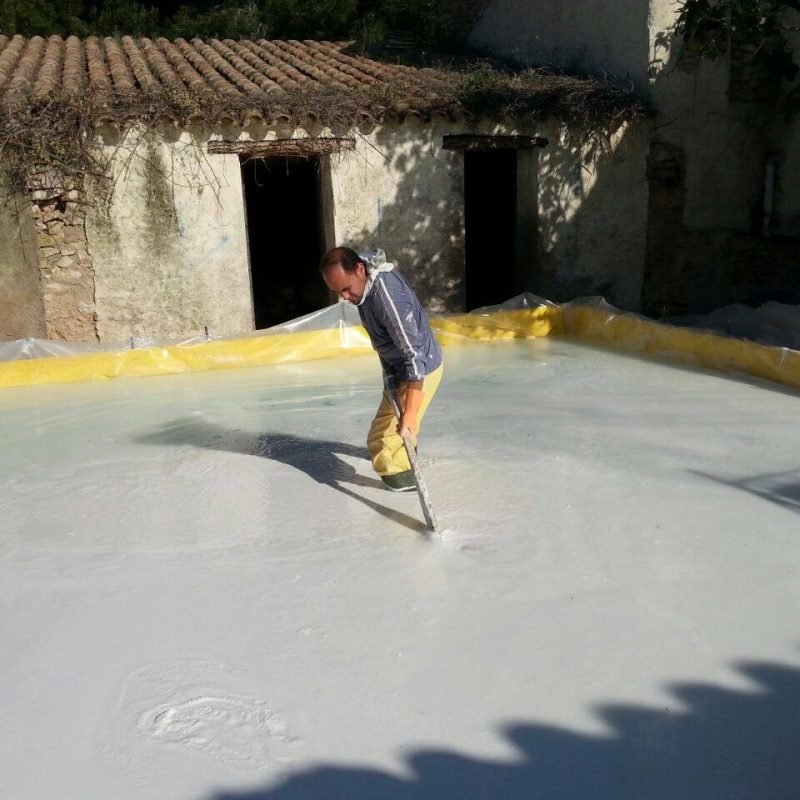 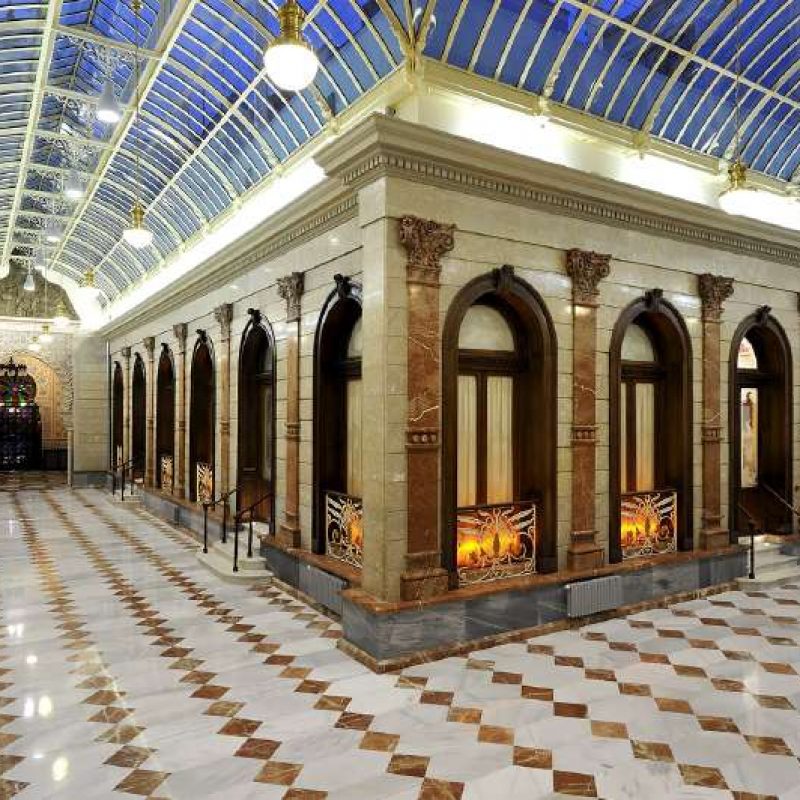 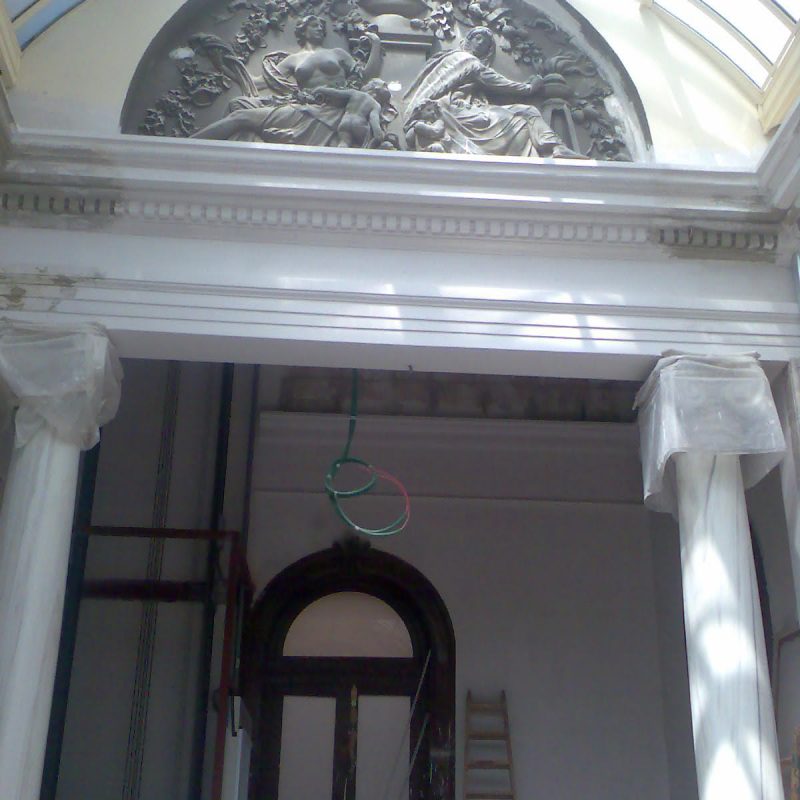 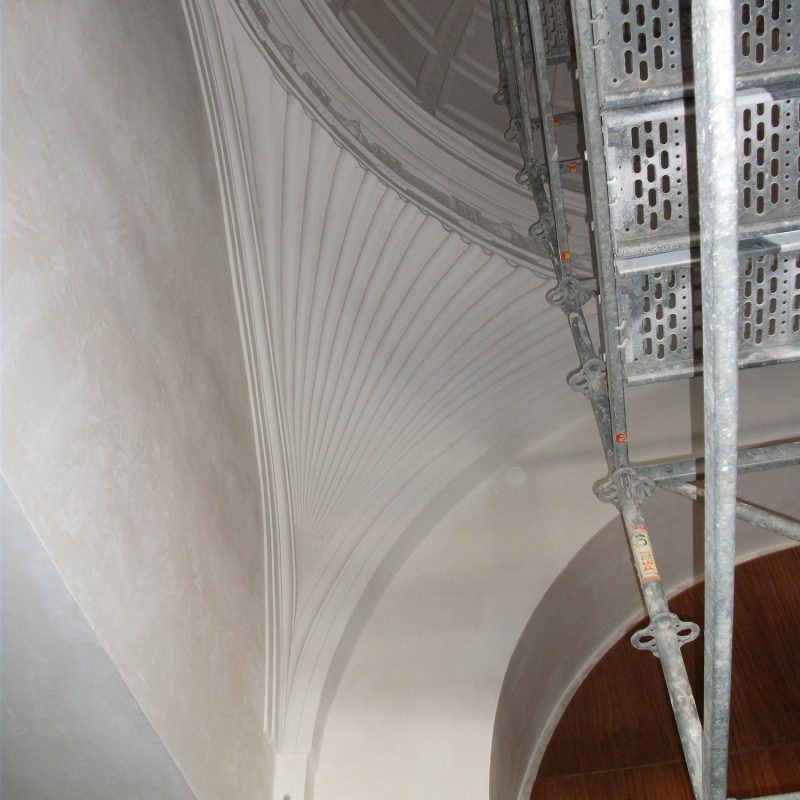