Most of the works carried out by Javier Martín Matute have been linked to the restoration of heritage in the area of La Rioja as well as other neighbouring regions. He has also carried out other stone works for newly-built constructions, mainly dwellings and wine cellars.

The technique he uses always depends on the type of work he is commissioned to carry out. He mainly works manually and in a traditional way, adapting his work to make it according to the time of construction of the monument to be restored. In any case, he does not object to the use of electrical and pneumatic tools to ease the elaboration process, giving manual finishes to the pieces when the final quality to be achieved requires him to do so.

The type of stone he most frequently uses is sandstone, since that is the type of stone which is more predominant in the built monuments of the area. He has also worked with limestone and, slightly less frequently, with marble and granite. On occasions he has extracted the material directly from the original quarries which were the ones once used for the construction of the monument to be restored by him.

The manual tools he uses are tooth chisels, chisels, bull point chisels, pickaxes…, all of them made of iron, with a certain kind of tempering to delay the natural abrasion this type of stone can cause. It is also frequent for him to use toothed stone axes, hand tracers, hand chisels, etc. He also uses, even if less frequently, bushing chisels and bush hammers, but only when it is strictly necessary since these are tools he does not consider ideal to work with this kind of stone (sandstone). Indispensable in his work are other instruments to trace and measure on top of pieces such as the square, the compass, the marking gauge and the ruler. He considers electrical and pneumatic tools very useful in stone works, as long as they do not leave their own imprint where they shouldn’t. Numerical copiers, laser-cutting or robots however, cannot be used, under his perspective, as valid tools from an artisanal point of view.

He has always worked as a freelancer or hired by someone, both institutions and private clients who are and have been his source of clients.

He has trained students and apprentices in some of the works he has carried out, but mainly, he has been a teacher at Schools/Workshops during the 80’s and, more recently, from 2008 to 2011, at the School in Logroño, restoring an archaeological site in the centre of the city.

His experience as a teacher has been very gratifying for him both as a person, and as a professional, but rather frustrating with regard to the professional careers his students have been able to have after. Some of them have continued to work with him when it has been possible for him to do so.

The Castle of Agoncillo, where his most relevant work was the one regarding the restoration of the parapet, the battlements and the machicolations of the Torre del Homenaje.
The access arch of the Cistercian Abbey in Cañas. His merit here lies in the detailed work of anastylosis.
The atrium of the Chapel of the Virgen del Valle, in the locality of Cenicero, La Rioja.
Restoration of shafts and bases of the Ermita de Sorejana, in Cuzcurrita, where it was compulsory to carry out a drastic intervention due to the degradation of the original pieces.
Restoration of the Library in Ezcaray, which gave him the chance to carry out his first basket arch.
The Castle of Gormaz, in Soria, where he spent a large period of time restoring openings and vertical walls which had been subject to plunder for centuries.
The Romanesque church in the locality of Ochánduri, La Rioja, especially in the window of the apse, destroyed centuries back to place an altarpiece.
The Church in Sajazarra.
Restoration of the parapet of the Torre Fuerte in Anguciana, La Rioja.
Another good example of his works in civil architecture is the Posada de Oyón, in Álava. 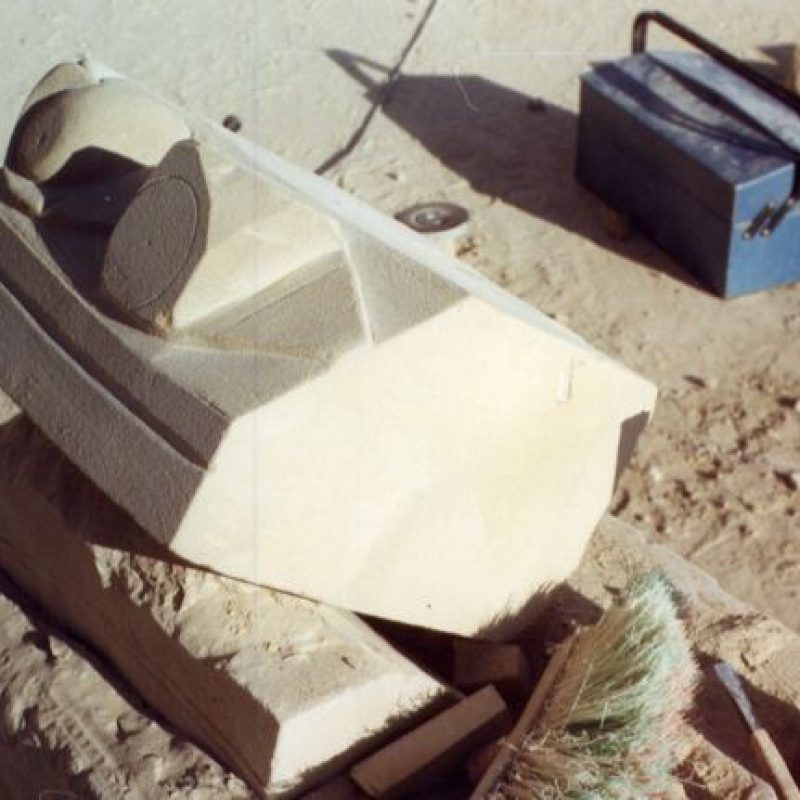 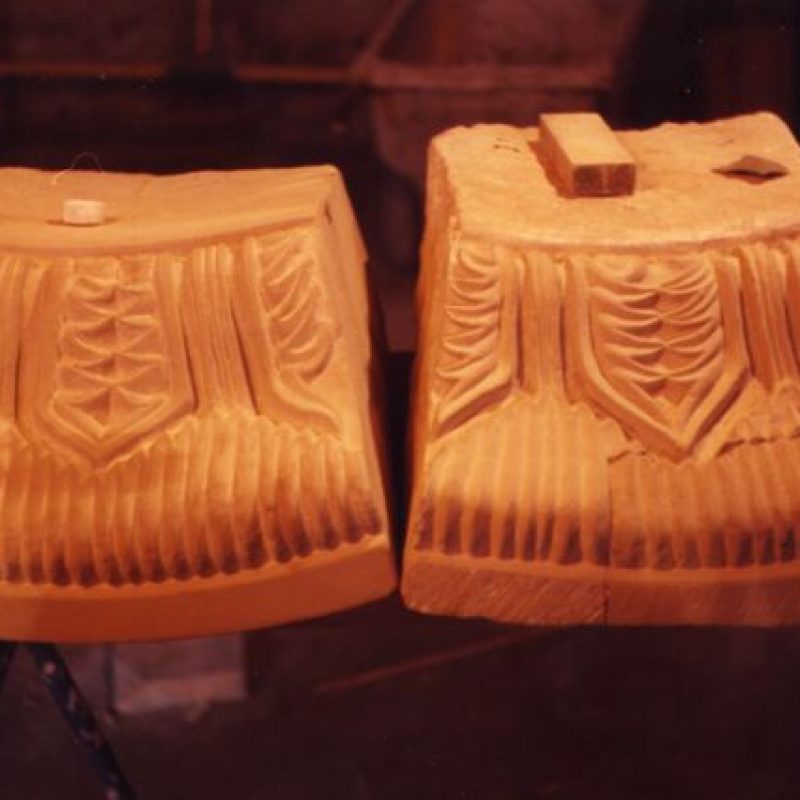 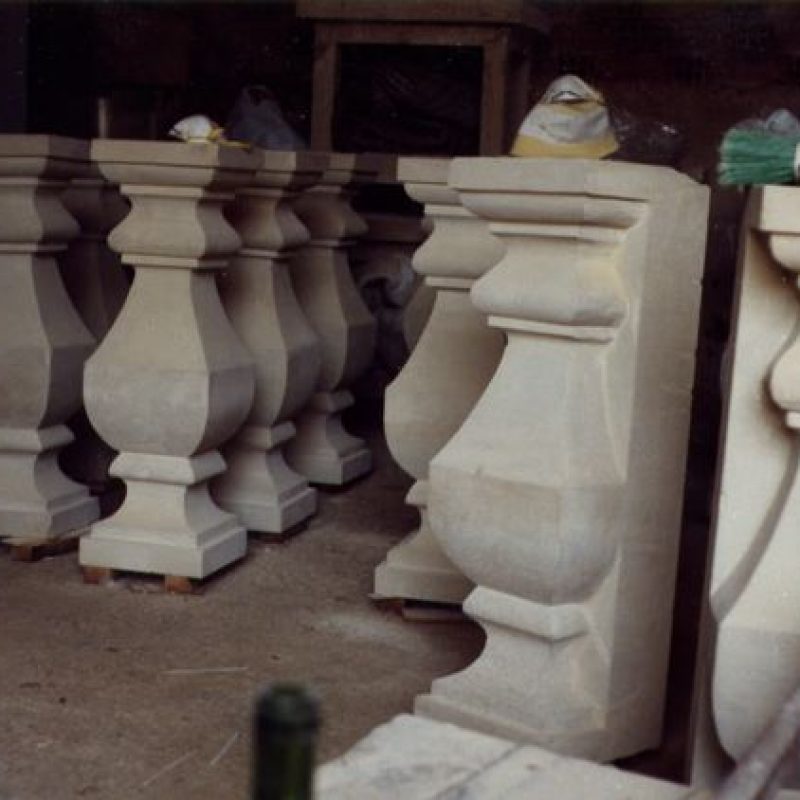 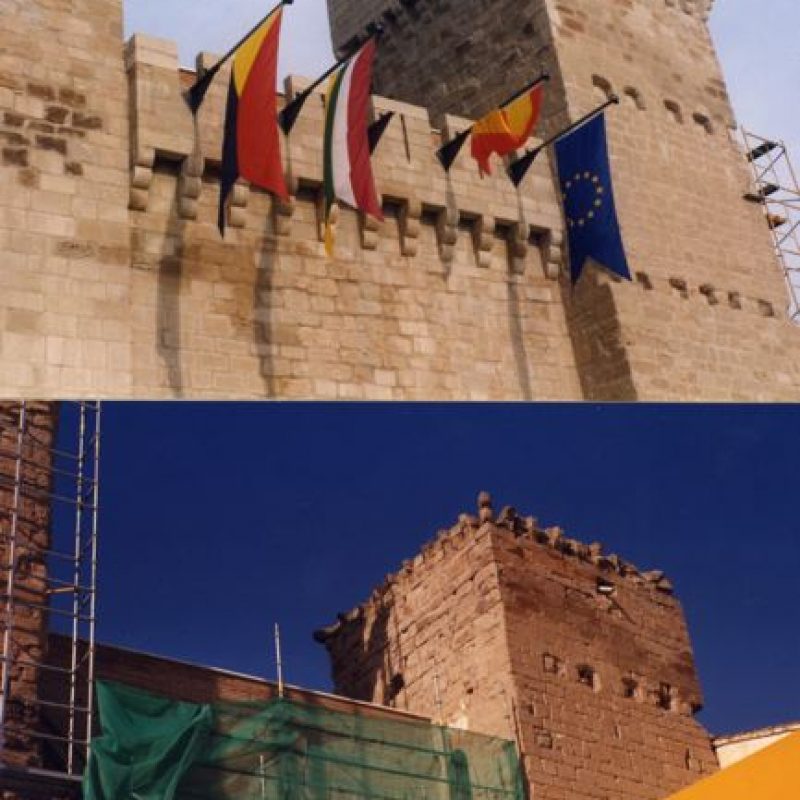 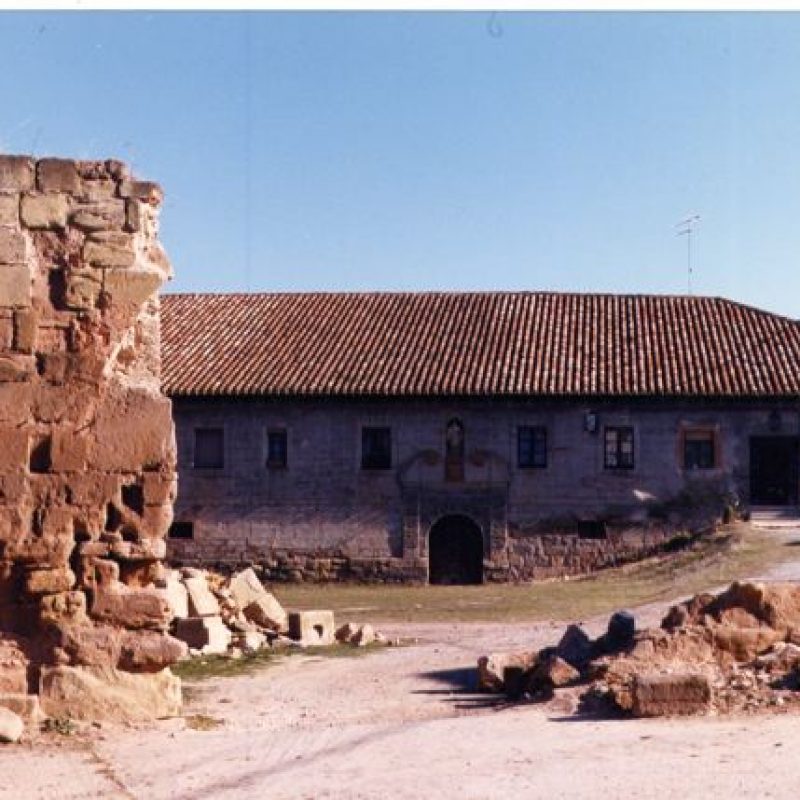 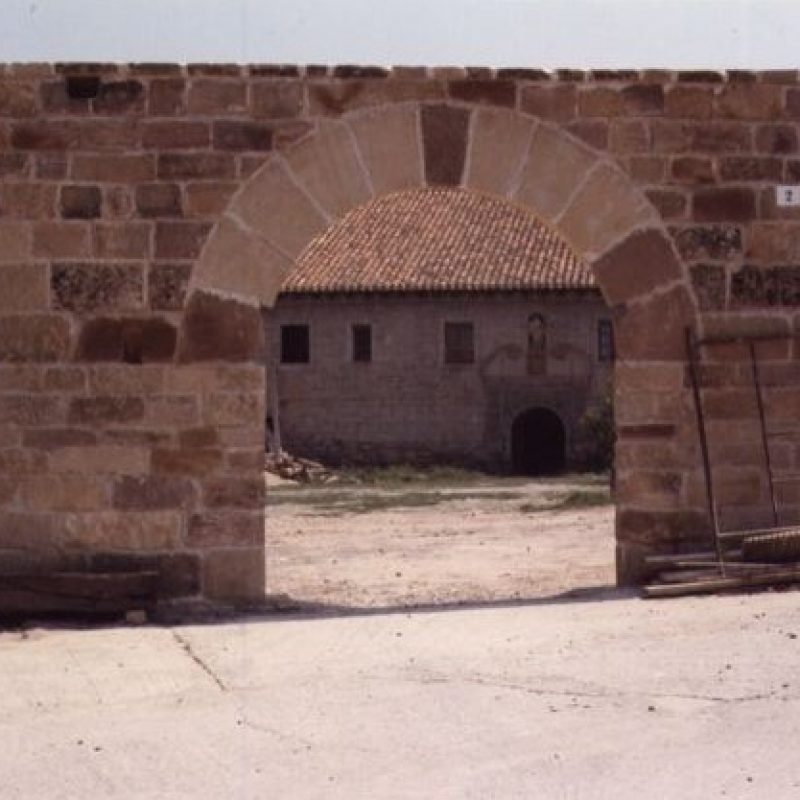 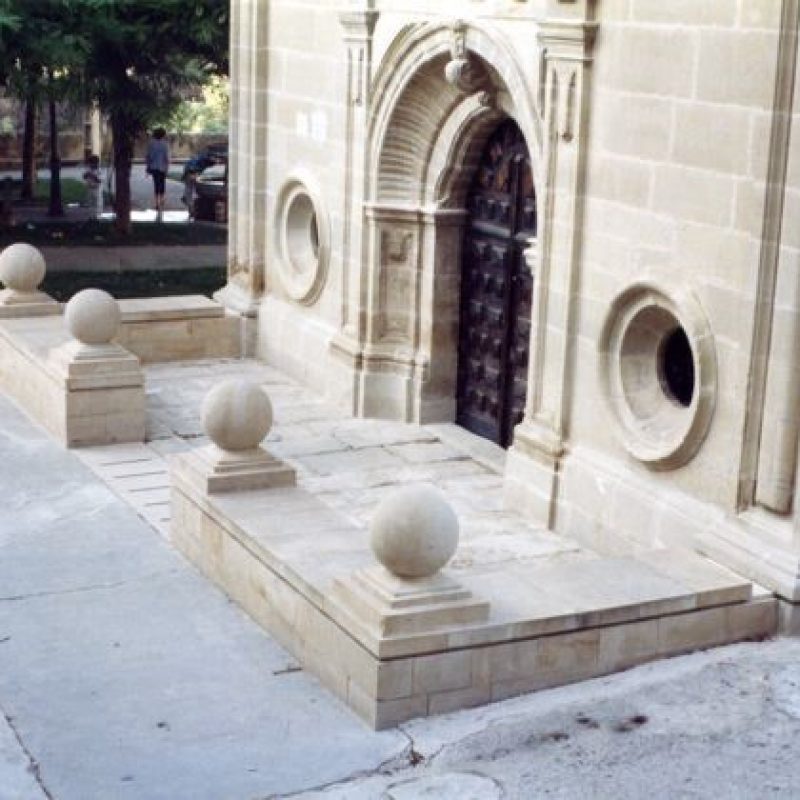 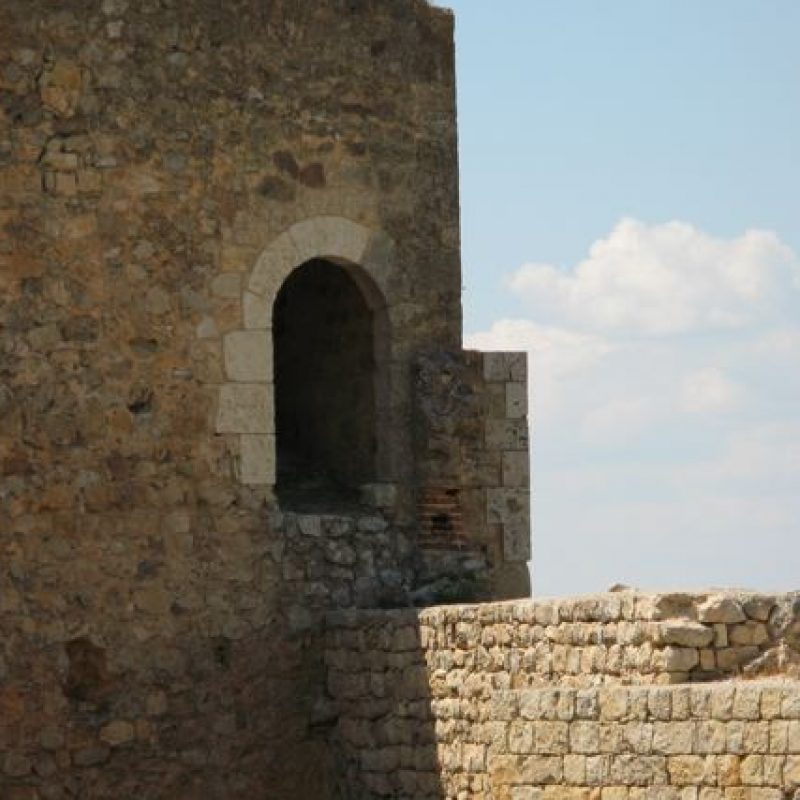 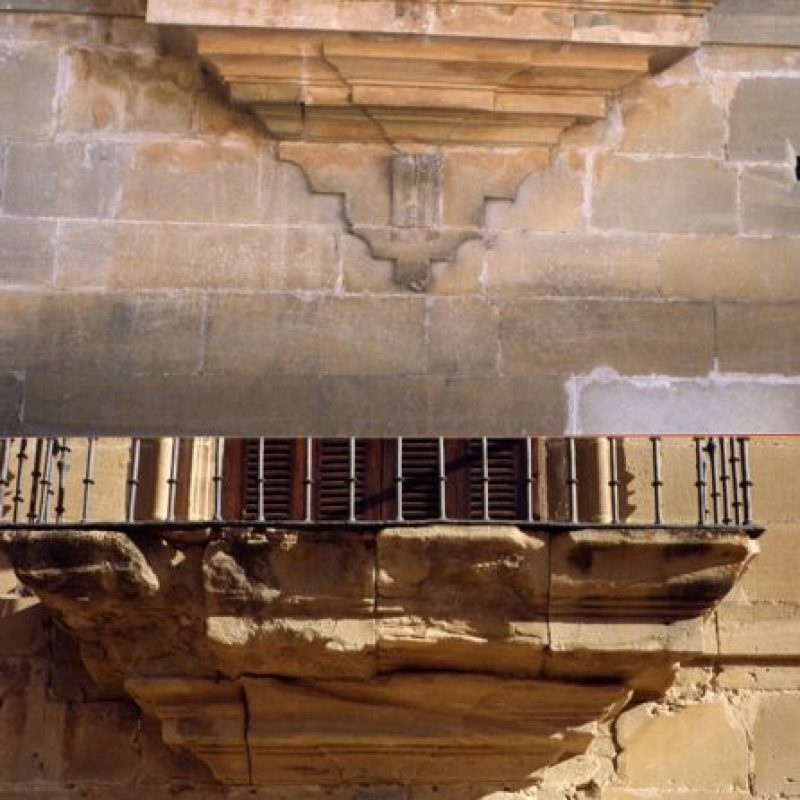 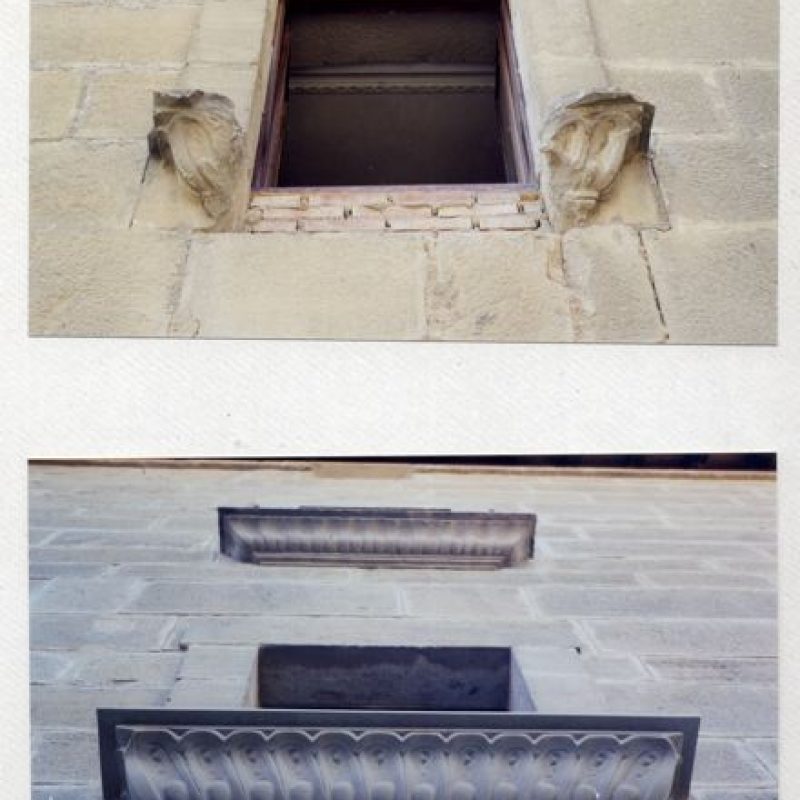 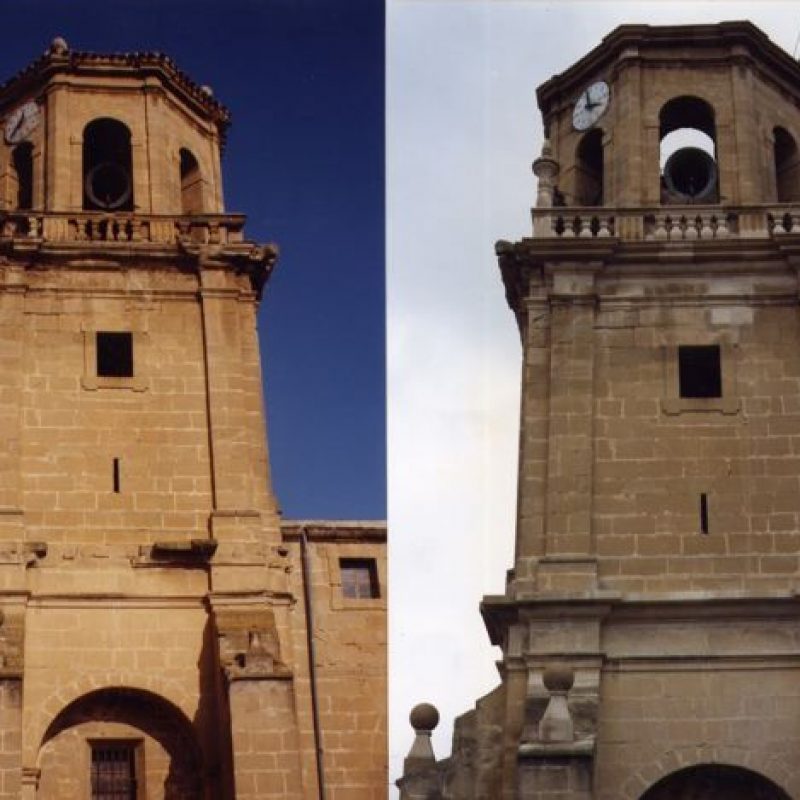 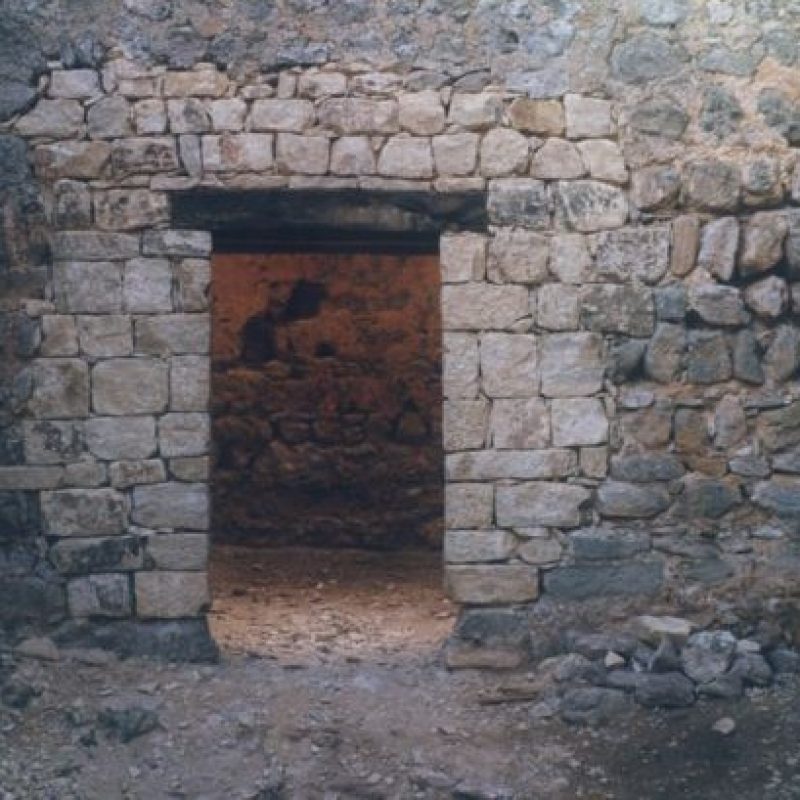