Jordi Domènech Brunet is a master of traditional building born in 1956 in El Masnou (Barcelona). He has been working in the field of construction since he was 16. In these over 40 years of professional experience he has carried out hundreds of works, making use of different construction techniques. He is one of the few specialists in building a special type of vault called bóveda catalana, or timbrel vault, in Spain. From several years back until today he disseminates his knowledge about the use of this constructive technique, which is almost completely unused, highlighting its advantages.

One of the main characteristics of this type of vault is its facility to adapt when covering irregular spaces. After having carried out over fifty works with different versions of this timbrel vault, many architects, constructors or engineers require his participation as a teacher in different talks and theoretical-practical courses for students.

He has been awarded with different prizes throughout his professional career:

He started working at the age of 16 as a builder next to his father, Salvador Domènech Farré. He soon took up the leadership of the business which today is his and which now bears his name, Jordi Domènech.

Jordi Domènech has worked with many professionals and has had different apprentices, who, by his side, have learnt, among others, the technique of the timbrel vault. Among them it is worth mentioning: the Japanese apprentice Tatsuei Taniguchi (for 10 years), Jordi Fortea (10 years), Ali Tasadaq (15 years), Elías Martín (21 years), Joaquim García (2 years).

Jordi Domènech has also dedicated part of his time during the last years to teaching, both to constructors and architects, as follows:

Demonstration of the construction and resistance of the bóveda catalana (timbrel vault) within the framework of the acts taking place because of the Fiestas de San Pedro, in El Masnou (2011). A bridge-shaped vault was built over which the assisting public could go, thus proving its resistance.

Workshop on the bóveda catalana (timbrel vault) for the students of the Universidad Politécnica de Cataluña (located in Mataró), in El Masnou, Barcelona (2015).

Teacher at the “Curso de bóveda catalana” organized by the School/Workshop of Bioconstruction Orígens at Les Planes d’Hostoles, Girona (2016).

“Curso de bóveda catalana” organized by Jordi Domènech in El Masnou, Barcelona (2016). The course included the participation of the Colectivo de Arquitectos BaseA arquitectura, with the ultimate intention of being able to learn the system and to be able to implement it in a project in India.

Construction of four brick vaults at the School of Engineering in Terrasa to carry out a series of scientific tests with regard to their resistance, under the supervision of the architect David López and with the collaboration of Pep Brazo and Antonio Haro, from Urcotex (2017).

Construction exhibition regarding the bóveda catalana (timbrel vault) in Molins de Rei, Barcelona (2017), and the construction of a small monument, carried out parting from the building of the Federación Obrera, by the art nouveau architect Cèsar Martinell. Activity carried out by different award-winning master builders, following the design and under the supervision and direction of Jordi Domènech and the architect Manel Julià. This monument will decorate for a period of a year one of the squares of the city.

– Refurbishment of a Catalan Masía (El Masnou), dwelling where they carried out all sorts of vaults, highlighting the one located in the upper floor, with dimensions 16 x 16 metres, where only brick and mortar were used. They also manufactured another 4 staircase vaults with an elliptical floor plan and a helical development.

– Rehabilitation for a single-family dwelling (El Masnou), where they carried out all sorts of vaults, staircases, a hall, portal, kitchen and dining room.

– The bóveda de las cuatro sillas de montar (Ebetsu, Japón), pavilion formed by the intersection of four hyperbolic paraboloids (saddles), designed by the Japanese PhD Architect Hiroya Tanaka and carried out using the technique for bóvedas catalanas (timbrel vaults). The reason for this construction is that, in a country where earthquakes are so common, it was positive to demonstrate that with a structure elaborated just with bricks and cement, with no iron nor concrete, one could build a self-resistant structure. The monument is located in the square located in front of the Ceramics Museum in Ebetsu.

– Covering for a barbecue (El Masnou). Vault carried out without centering following the form of a hyperbolic paraboloid and coated on the inside with the trencadis technique. In this same house they carried out other works among which it is worth mentioning a skylight in the shape of a cone, manufactured with coloured pieces of glass.

– Dome vault (El Masnou), carried out without centering and adapted to a trapezoidal floor plan.

– Staircase vault on pendentives for a hotel (Barcelona). They had to knock down the original vault to gain extra height for the last level of the building. This fact made it necessary to re-build the vault –using the same technique and following the same shape.

– Staircase vault for a private dwelling (El Masnou), a staircase which gives access to another vault made of basket arches.

– Staircase vault for a private dwelling (Torrelles de Llobregat, Barcelona), made with a series of vaults of rampant arches. 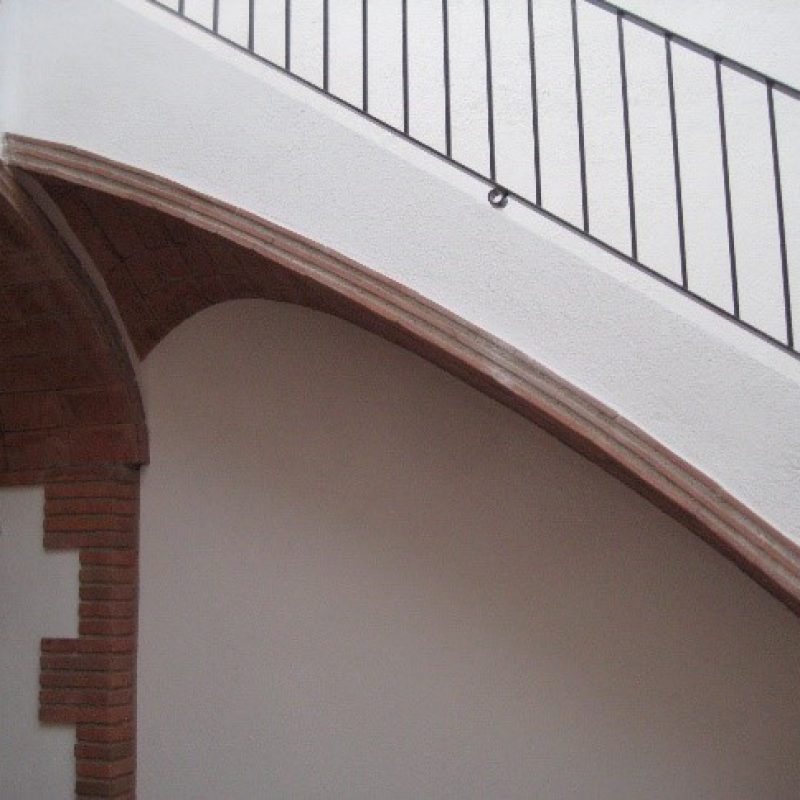 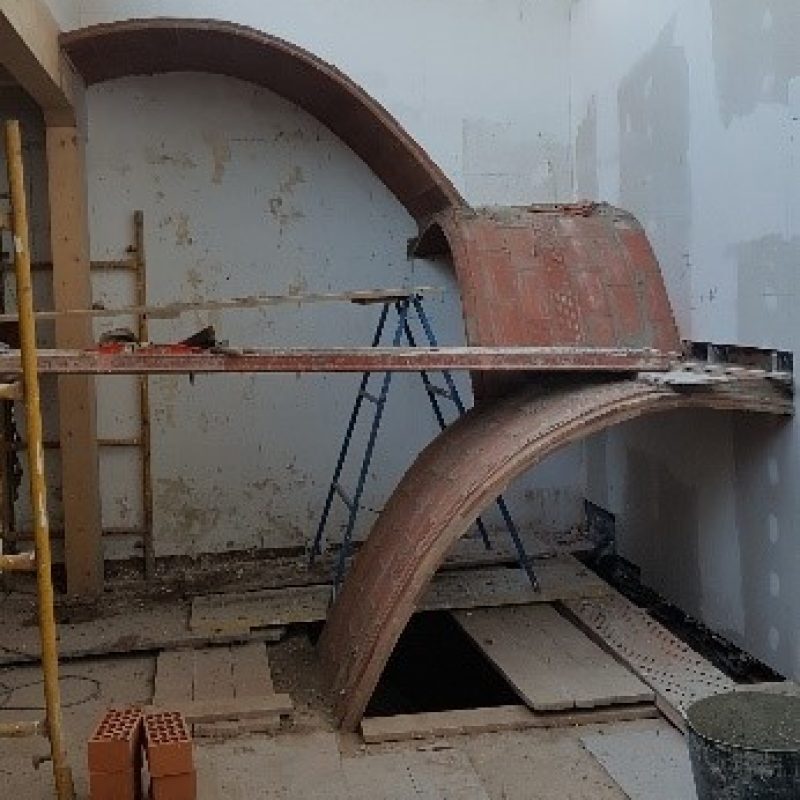 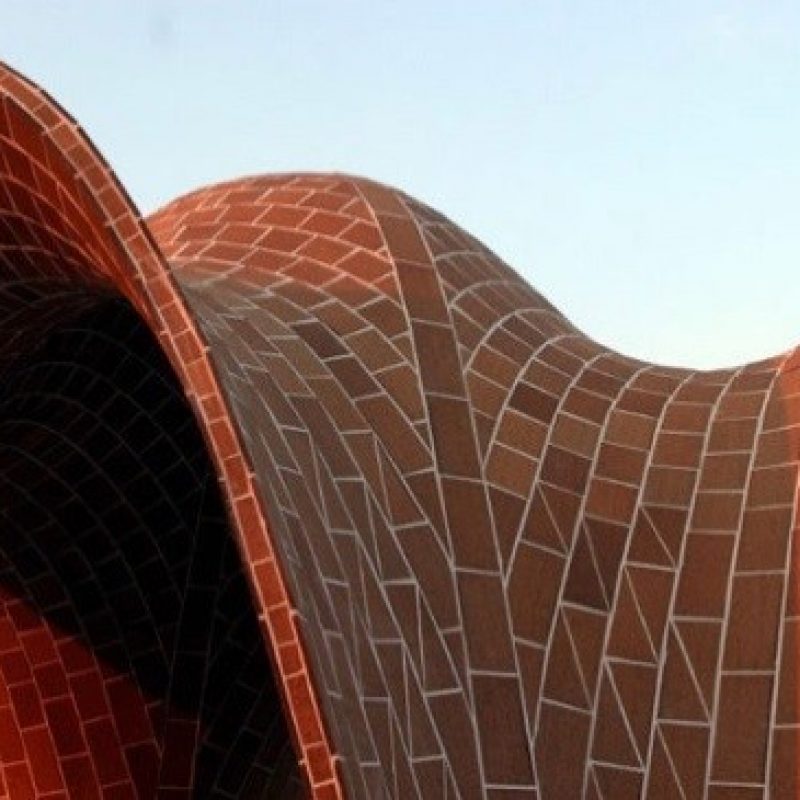 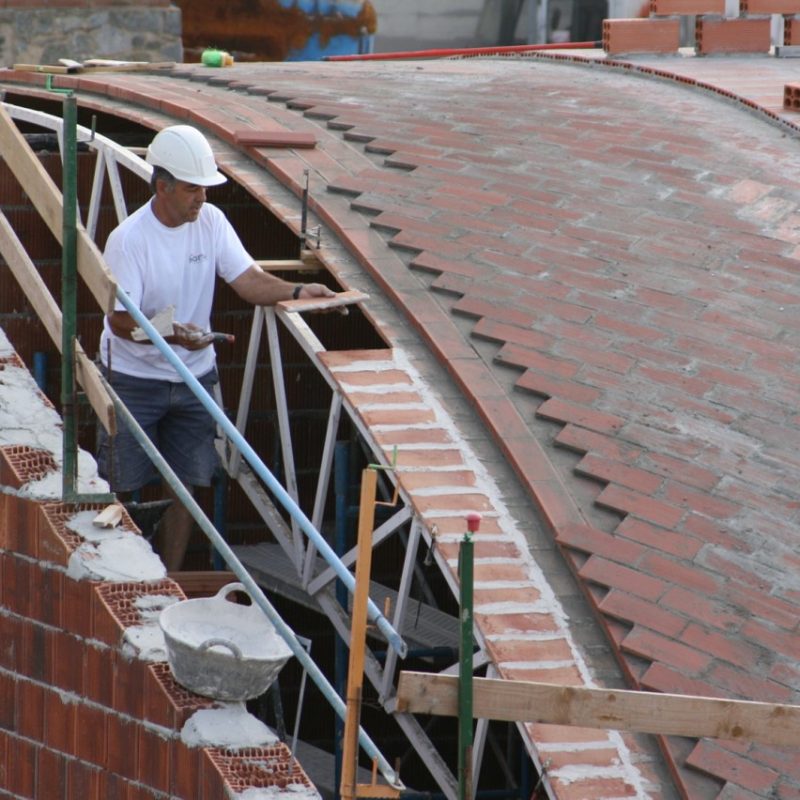 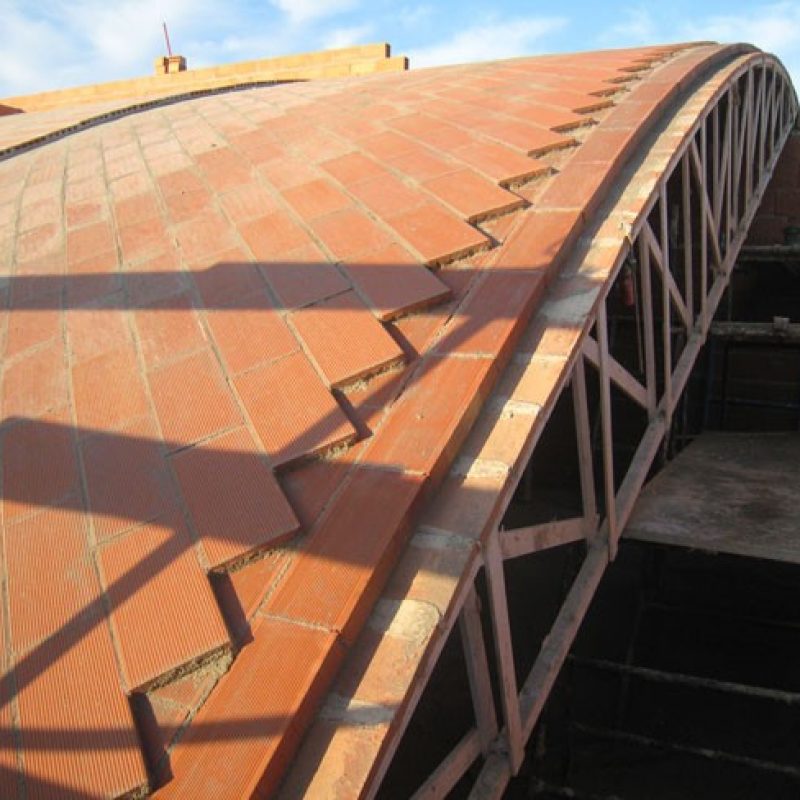 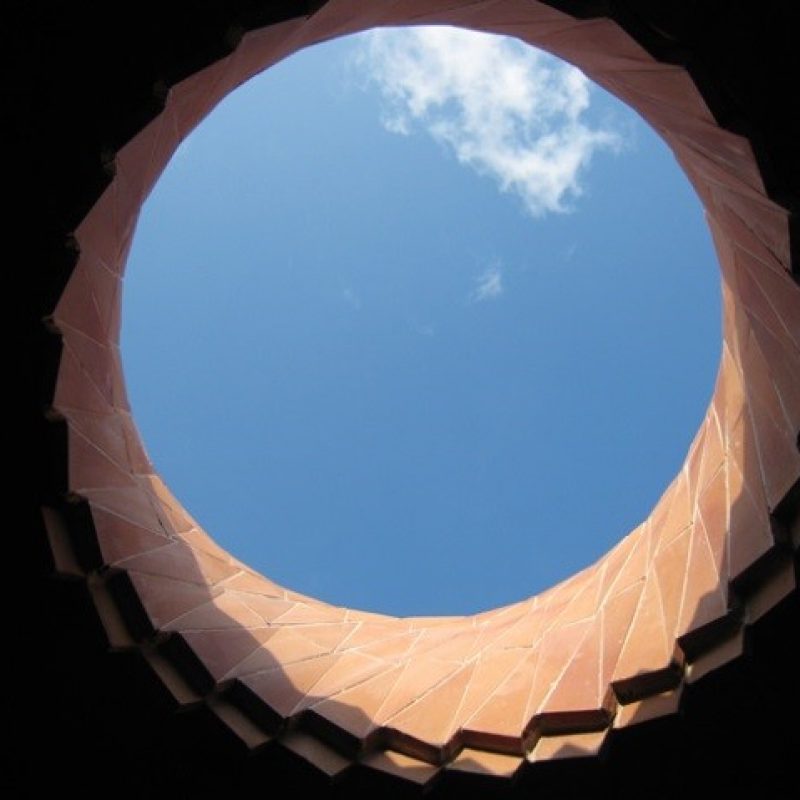 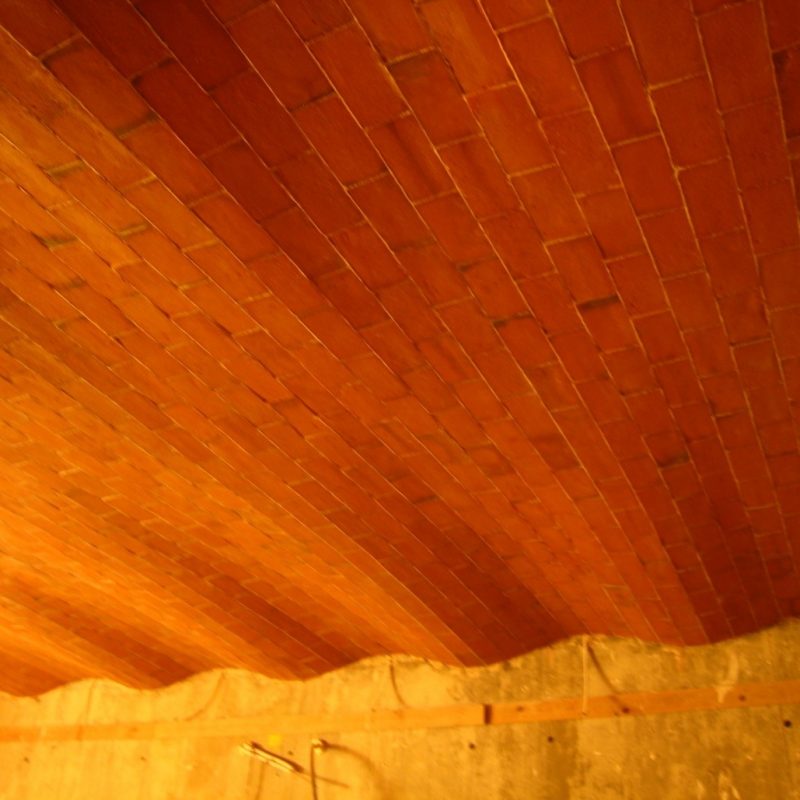 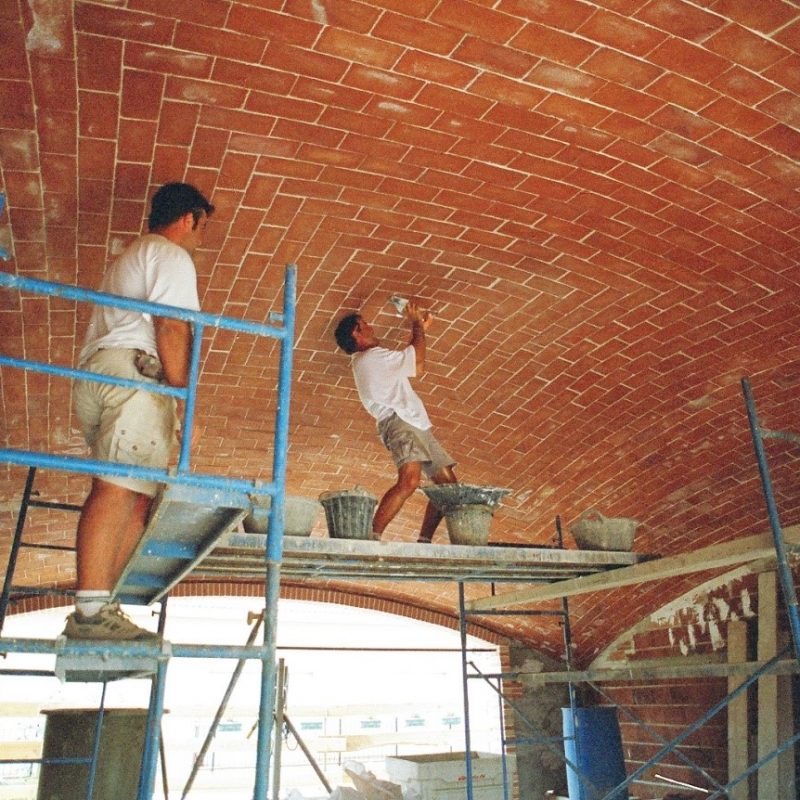 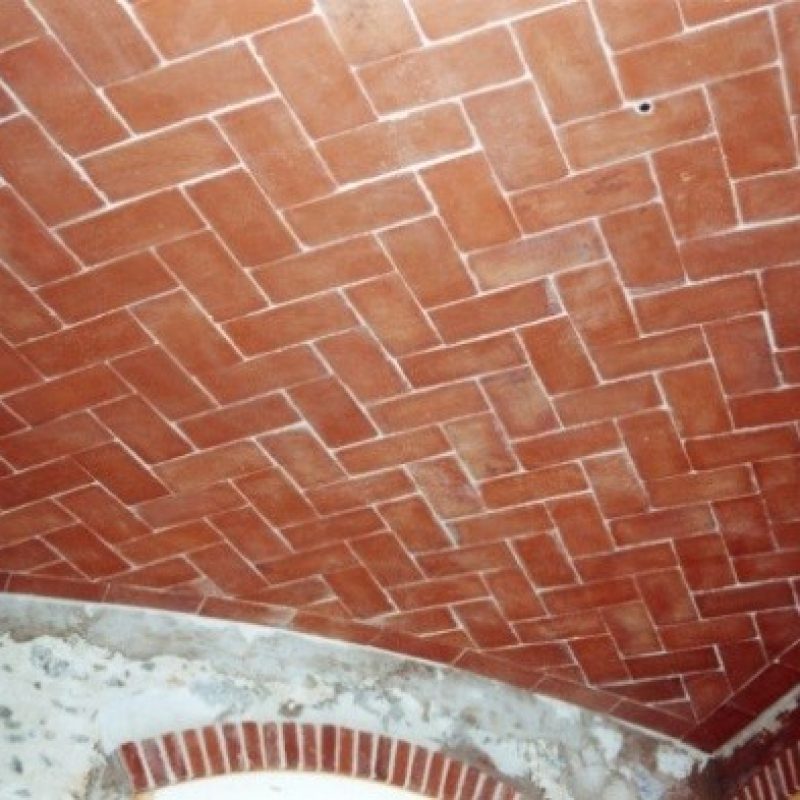 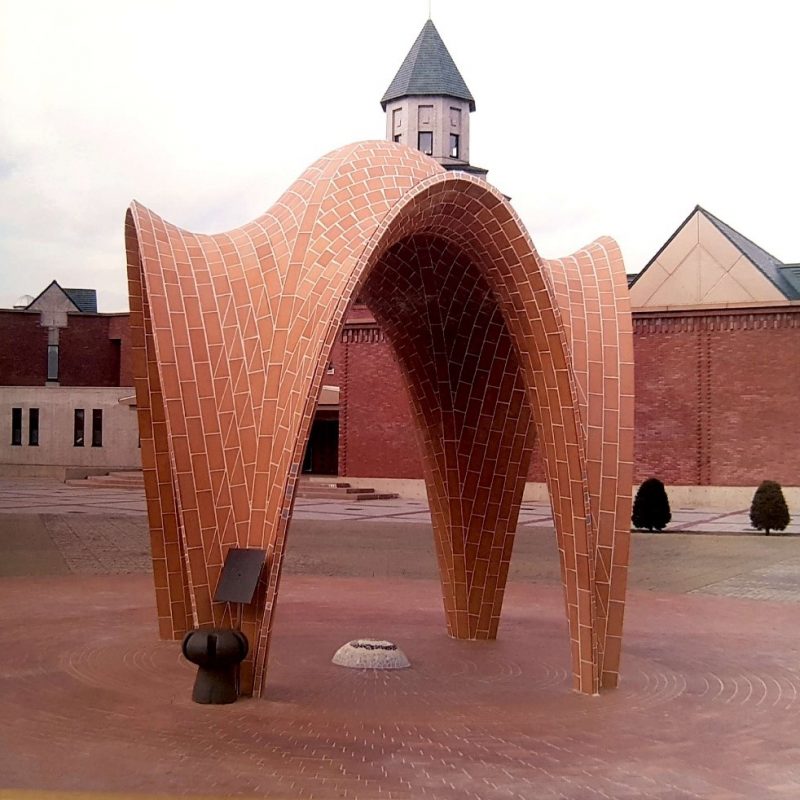 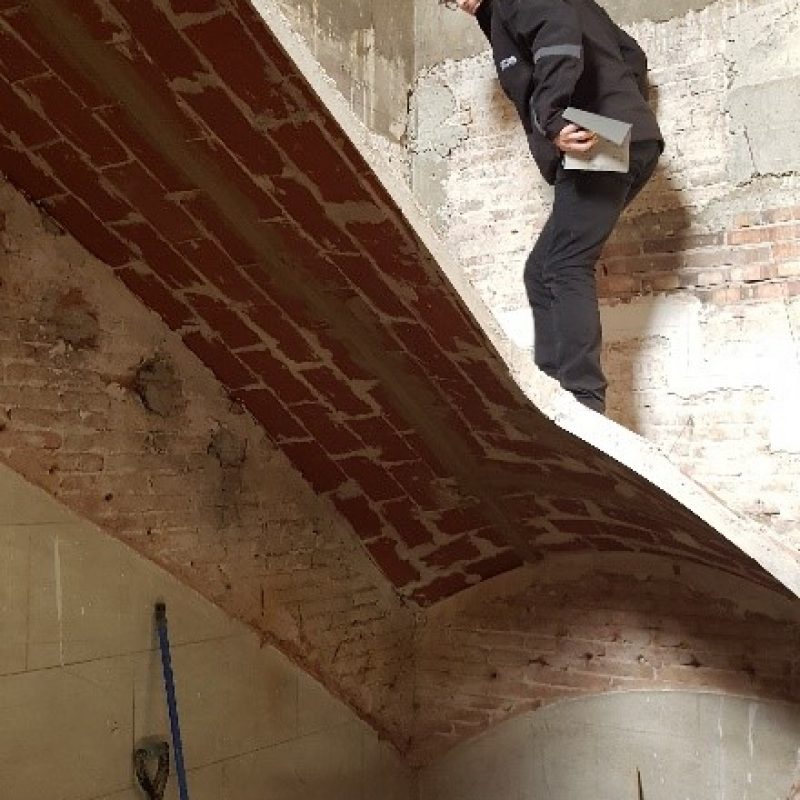 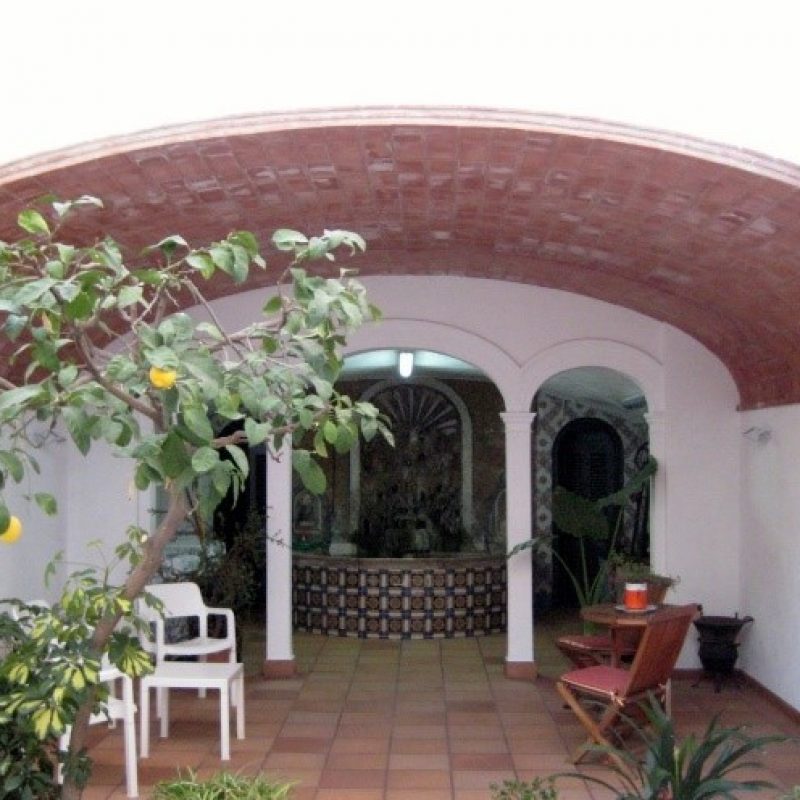