Juan Emilio, registered in the Registry of Artisans of Castilla y León with the number 40 -I- 045, has continued the family craft.

The experience acquired over the years makes him have full knowledge of the traditional techniques used in stonework. The tools he has been given by his predecessors have an important role in each of the works he manufactures in an artisanal way. Whatever the task is (carving a capital, manufacturing a coat of arms or a sculpture), each one of these tools has its function. Thus, the hand tracer, the stonemason’s pickaxe, the bull point chisel or the toothed stone axe are tools used to roughen vast quantities of stone, whilst the bush hammer and the axe are tools used to give the final finishes to the piece. In carving works, he uses chisels of all types, flat chisels, hammer head chisels or tooth chisels. The pneumatic tools with compressed air are a complement to other tools which ease and make some of the processes more competitive, speeding them up.

For the carving of sculptures he uses the two most well-known methods: direct carving and pointing technique. Direct carving, as its name itself indicates, implies working on the stone with no prior model of reference. From a few lines on the stone, he gives shape to the piece freely until the final piece is concluded. To carry out the sculpture using the pointing technique, he uses a pointing machine and spring calipers to help him out. With the pointing machine he aims to obtain an exact copy of the model previously carried out which is afterwards going to be reproduced. The compasses enable to amplify or reduce the copy with regard to the original piece. He carries out his own sculptural creations as well as reproductions of works of art.

He learnt the craft thanks to the knowledge his father passed on to him. His workshop is, therefore, backed by the experience acquired after four generations of craftsmen dedicating their life to stone works. This has taken them to receive the “Primer Premio Empresas” awarded by the Community of Villa y Tierra in Sepúlveda in the year 2012 and the Medal to professional merit, awarded by the magazine Actualidad in 2002, being one of the companies considered as “Empresa Recomendable” (Recommended Company).

Juan Emilio has taken part as an Expert of the European Union in Perú in the Experimental Professional Training Centre in Cajamarca in the stone carving course delivered during the years 1999 and 2000 and as a Master Stonemason in Montevideo, Uruguay, in the programme to strengthen Arts and Crafts, more specifically within a programme under the acronym P.A.O.F. in the year 2002.

– Reconstruction of the arches of the Jewish neighbourhoods of Sepúlveda and Ayllón.
– Restoration of the façade of the Monasterio de la Vid, Burgos, and of a Church in Zuzones, Burgos.
– Restoration of the portal to the Alcázar, in Segovia.
– Restoration of a fountain in the Plaza Mayor, in Sepúlveda.
– Reproductions of the sculptures, part of the façade of the Cathedral of La Almudena in Madrid: Virgen de la Almudena, San Isidro, Santa María de la Cabeza, San Fernando y Santa Teresa de R. Chaparro.
– Reproduction of the works by Juan de Ávalos and Pablo Serrano.
– Monument dedicated to Isaac de Frutos in Sepúlveda, Segovia.
– Monument dedicated to Eloy Borrallo in Entrín Bajo, Badajoz.
– Monolith and medallion of Isabel la Católica in Valmojado, Toledo.
– Medallion of Teresa Enríquez in Torrijos, Toledo
– Sculptures of the Virgen del Coro, patron saint of San Sebastián; the Virgen de la Peña, patron saint of Sepúlveda, Segovia; of San Frutos, patron saint of Segovia.
– Cross located in Cozuelos de Fuentidueña, Segovia.
– Altarpiece for the Main Altar of the Church of San José Obrero in Segovia.
– Column and capital for the image of the Virgin in the Church of Santo Tomás in Segovia.
– Fountain for the gardens of the Monastery in Valbuena (Valladolid).
– Plaque with the Royal coat of arms and the Archbishopric coat of arms of Madrid, commemorating the Munificence of His Royal Majesty of Spain Don Juan Carlos I.
– Memorial Plaque of the opening of the Museo Esteban Vicente in Segovia by Her Royal Highness Princess Cristina.
– Christ relief in a private pantheon of the Cemetery of Cabezuela (Segovia). 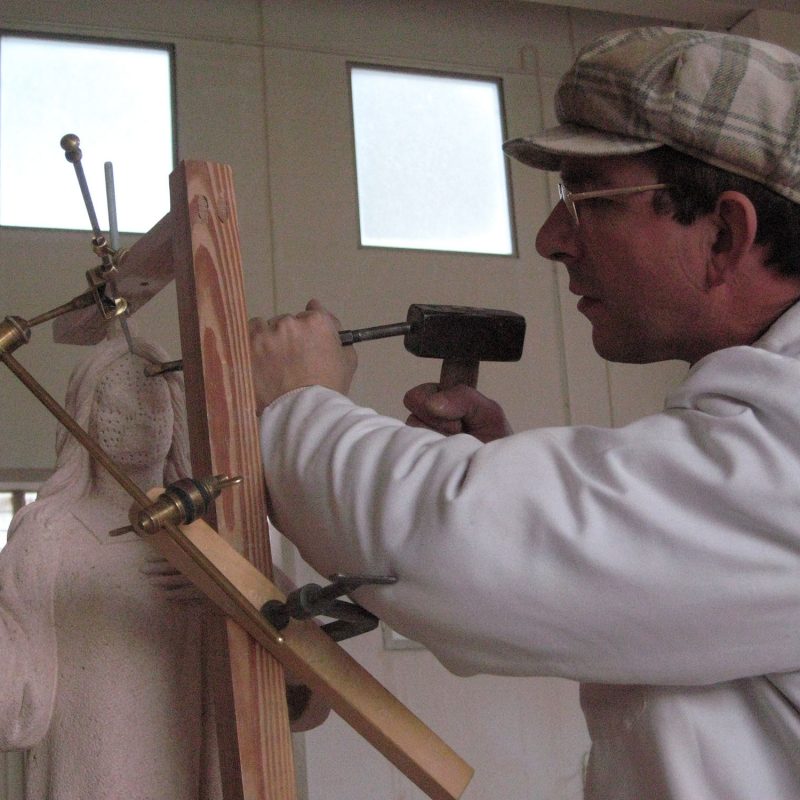 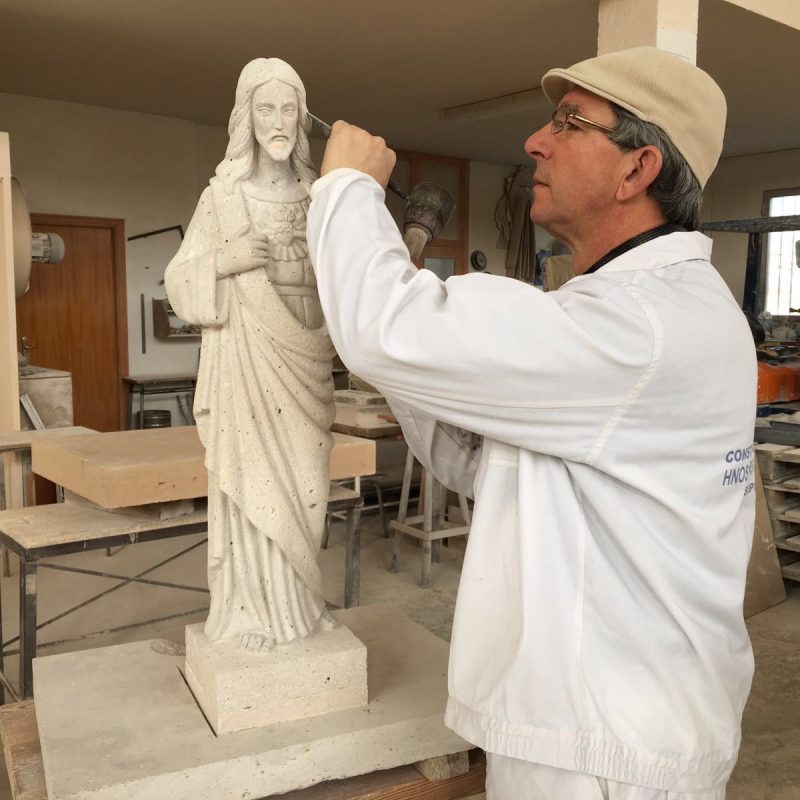 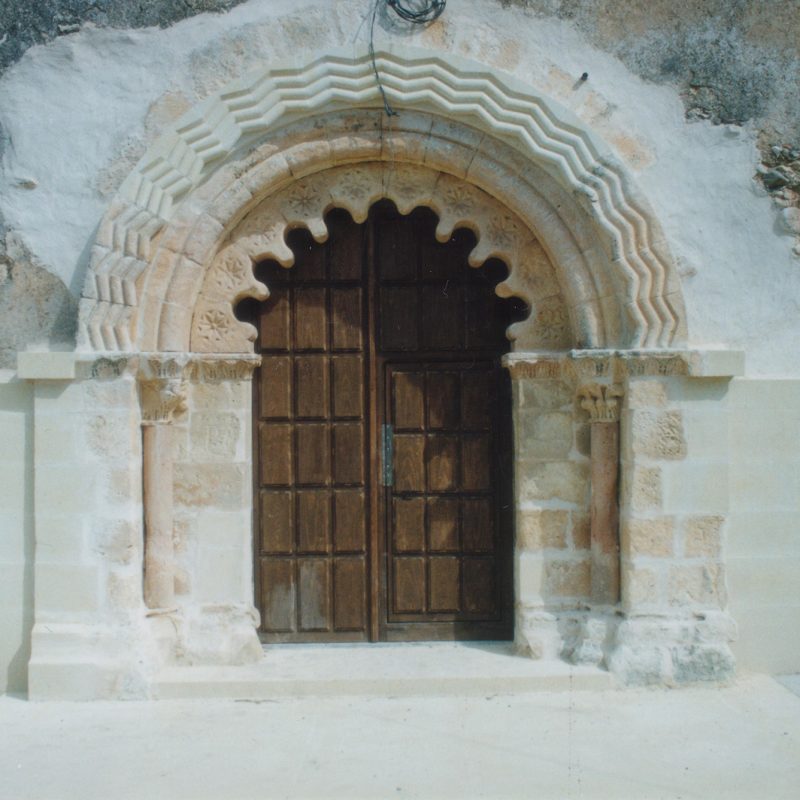 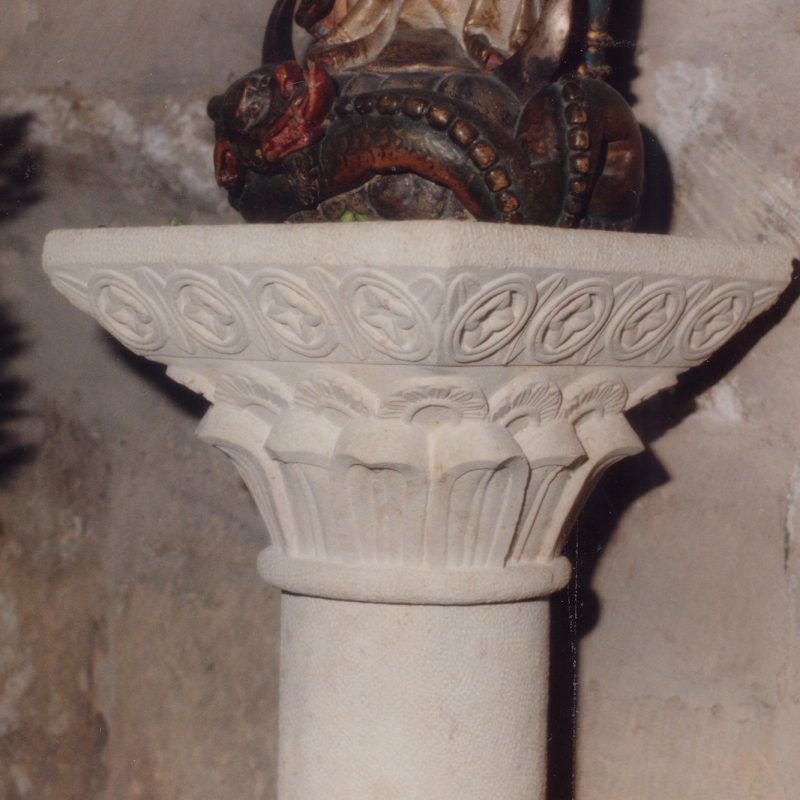 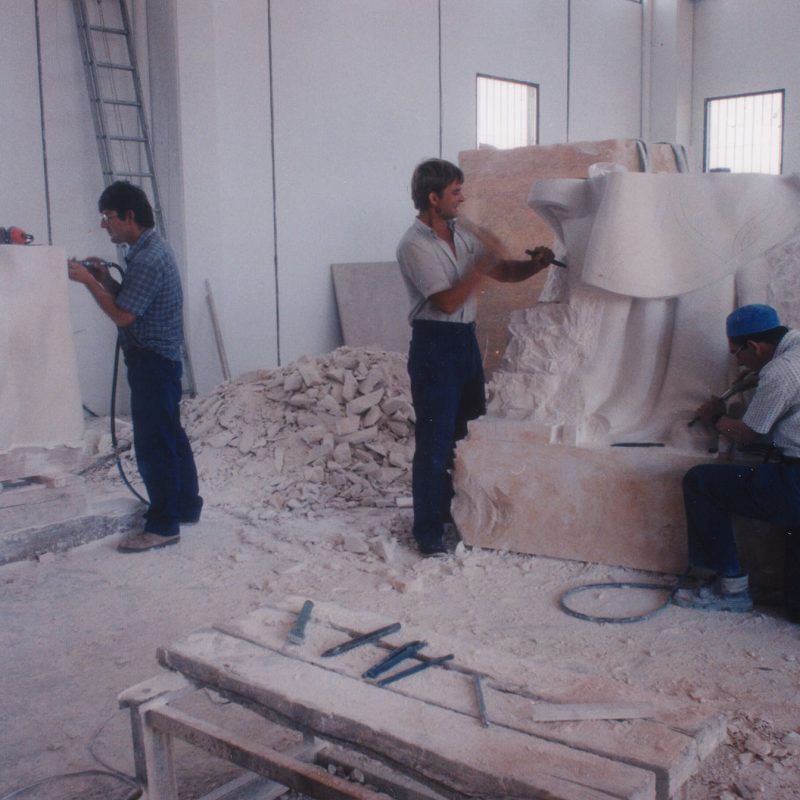 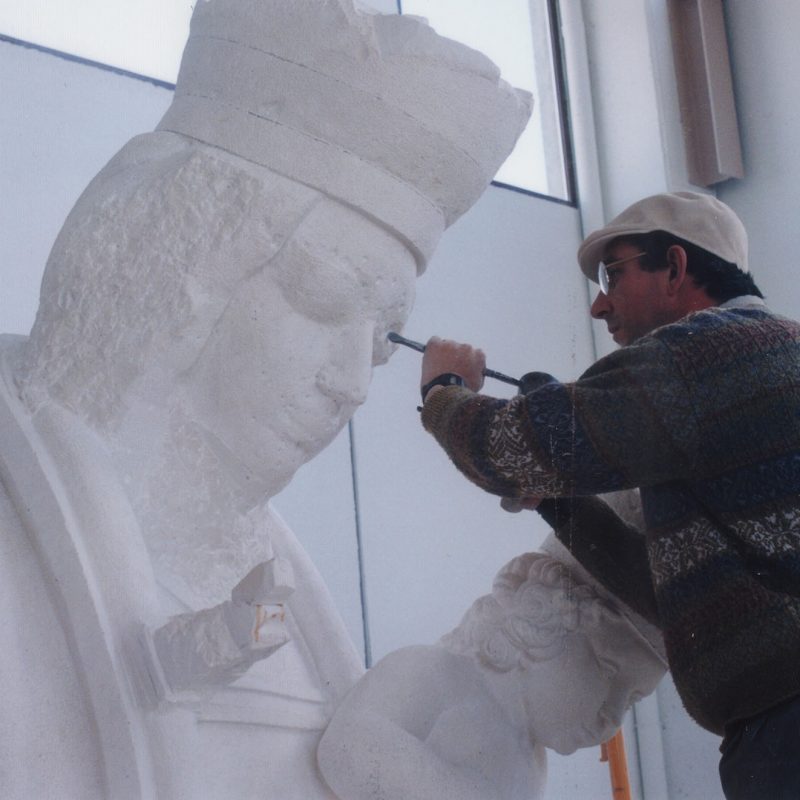 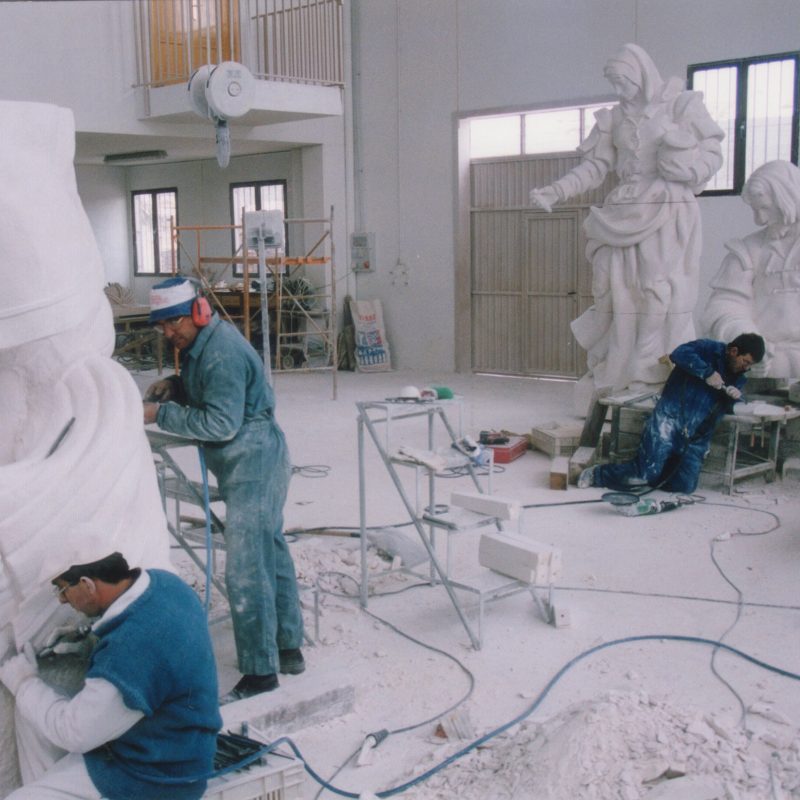 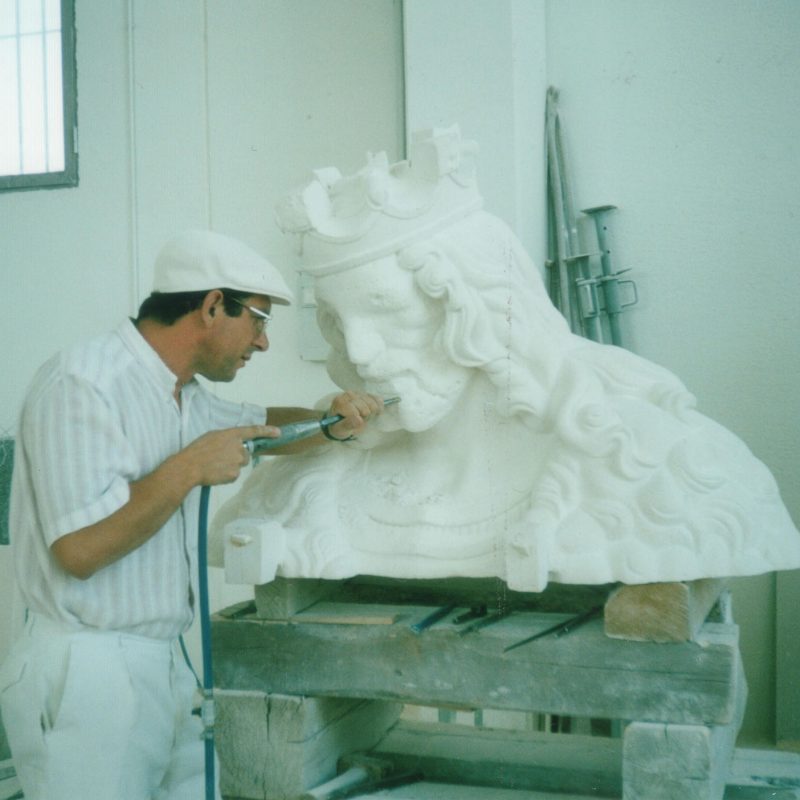 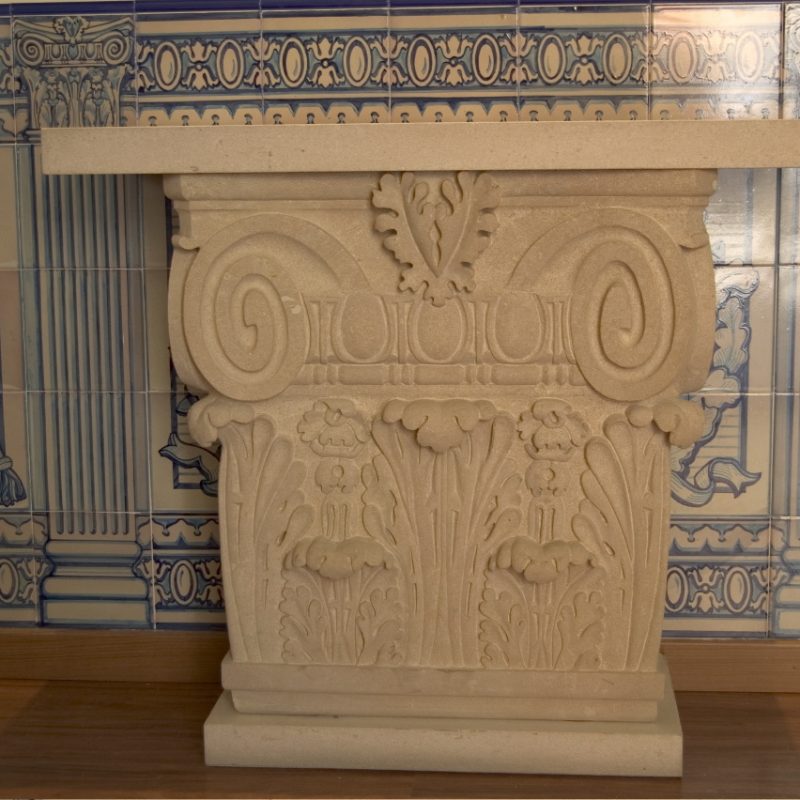 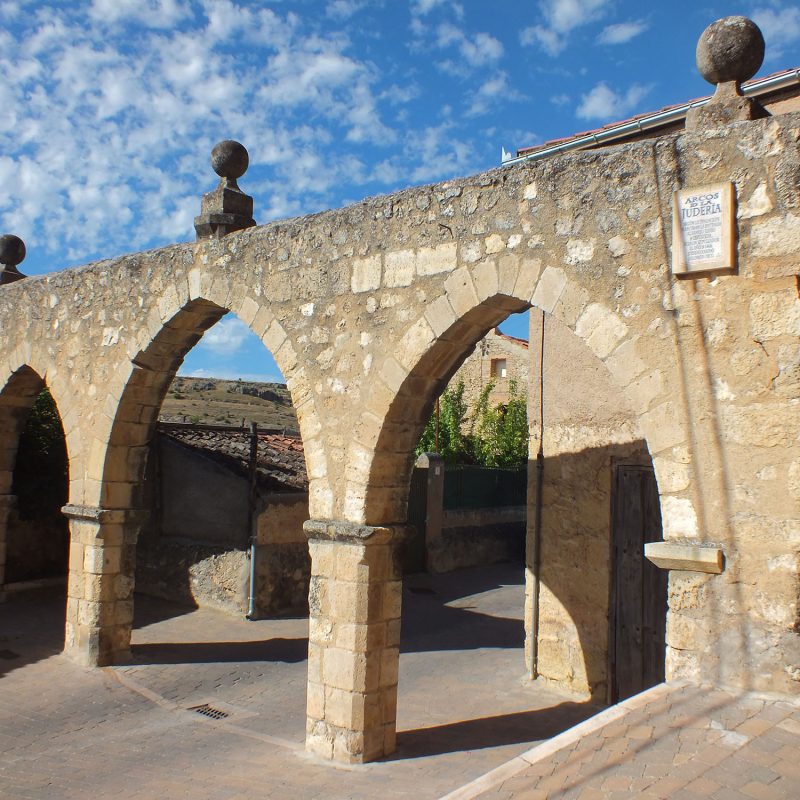 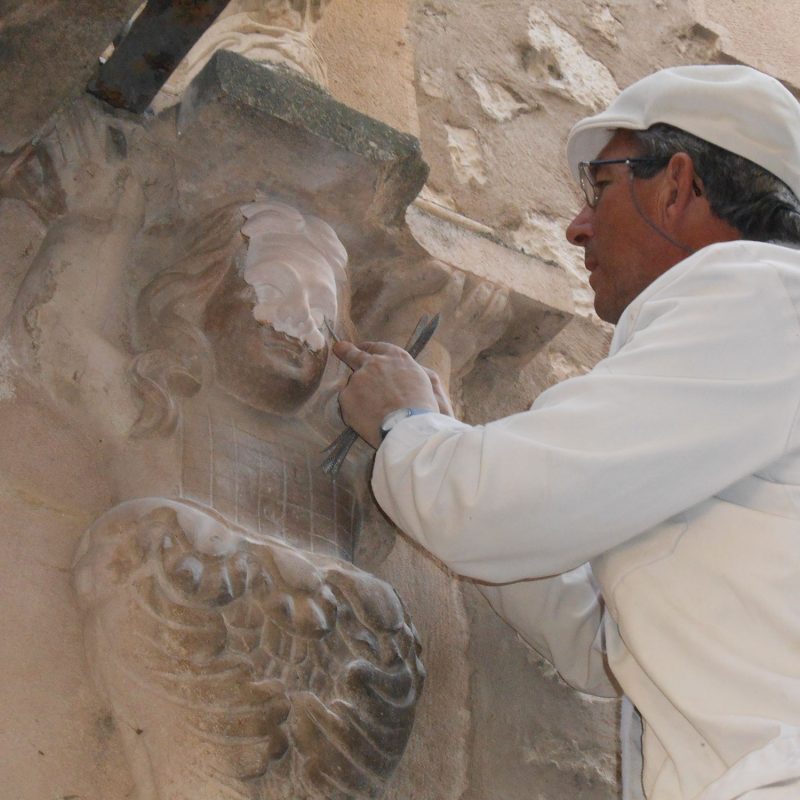 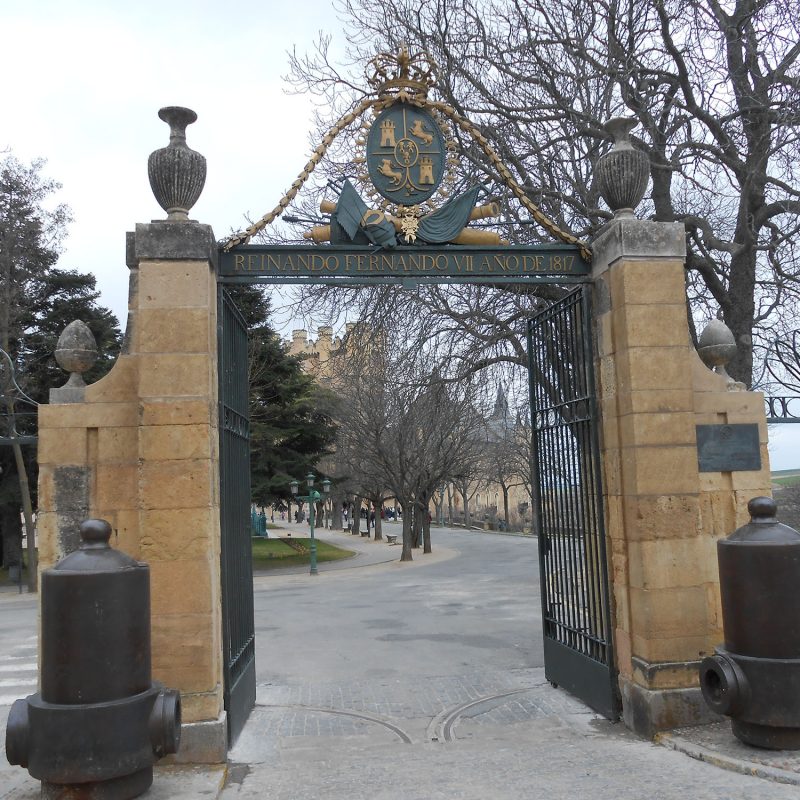