After working for several years in different workshops, in 1998, when he was 30 years old, Julio Servera opened his own workshop. The reason which led him to work on his own was no other than to be able to work on what he loved the most: stone. He has always worked this material in an artisanal way, with practically no electrical machinery, just a small radial saw to cut large pieces.

Currently many are the services and products Julio offers his clients: from restoration and cleaning to the delicate elaboration of arches and vaults, columns, hallways and windows, ornamental elements for façades, terraces and gardens as well as other smaller pieces such as tables, clocks, coats of arms…

Julio’s aim is to give back the beauty of traditional stone works to the new constructions and decorations. The main materials he uses are limestone, marble stone and sandstone.

For the creation of new pieces, Julio first carries out sketches on paper of each of the sides of the piece. After that, he carves the piece, and then polishes and rounds it out to achieve the shape he was looking for in the first place.

In 2002, the Direcció General de Comerç del Govern Balear awarded him with the “Carta de Maestro Artesano de Picador de Piedra”. Shortly after, he was awarded the one for “Escultor” and the one for “Maestro Grabador”. In 2016 he was the winner of the Prize Artisanal Product, awarded by the Consell in Mallorca.

Julio Servera Viedma started in the world of craftsmanship in the most casual of ways. Her mother once asked a stone sculptor to elaborate a decorative mortar, a very typical thing within the culture in Mallorca. The sculptor replied to the woman’s request stating that, if she wanted one, her son should do it for her. And so he did. 34 years have now passed from the moment when this anecdote took place.

The sculptor who helped Julio give his first steps in the craft was known as Guillem “Xiscas” and it took him only six months to explain to him how to work. From there, Julio learnt in a self-taught manner. Chisels, bull point chisels, gouges,… these tools soon became an extension of his own hands.

It is worth mentioning the works carried out for the Town Council in Porreres, who commissioned him to reconstruct an emblematic puteal and the coat of arms of the city which can be seen in the municipal park. He has also carried out the restoration of various emblematic buildings of the Island of Mallorca. One of the most noteworthy buildings because of its result in terms of quality and aesthetics is the Escribanía of Porreres, where he has carried out the complete restoration of arches, vaults and the reconstruction of an exterior wall with a door and window. 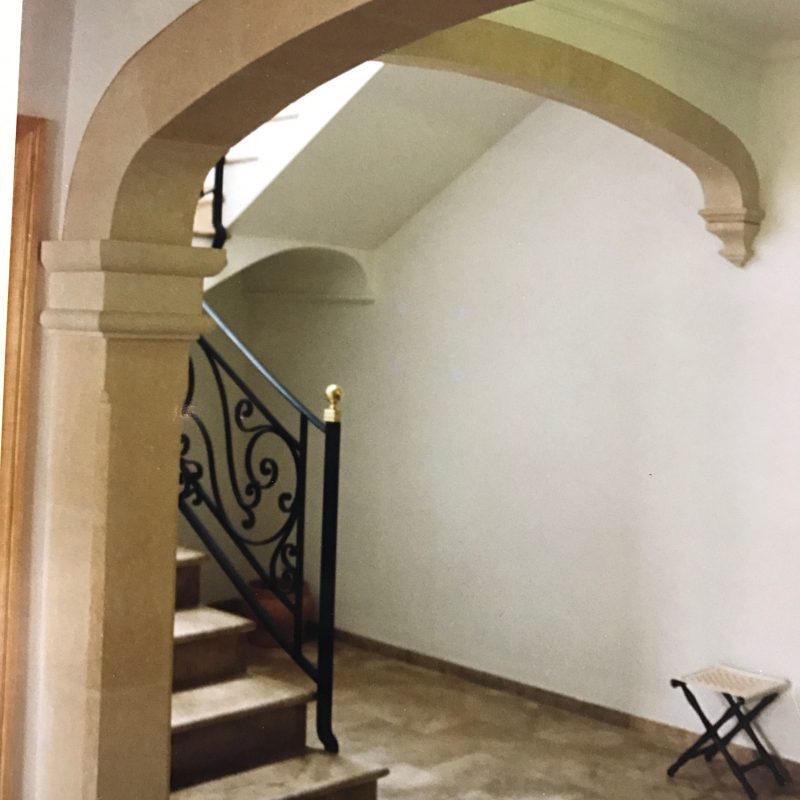 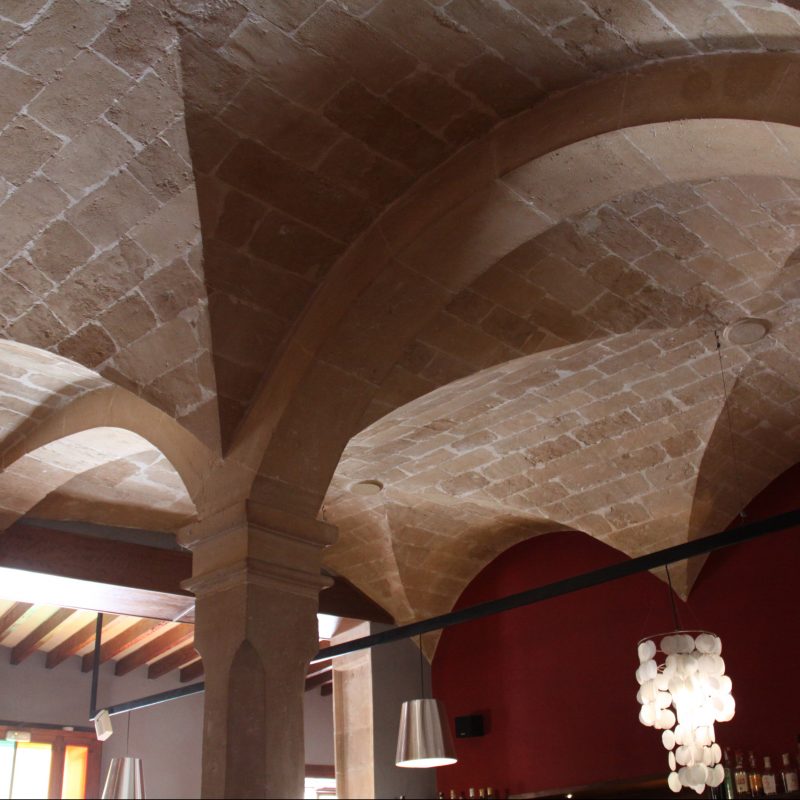 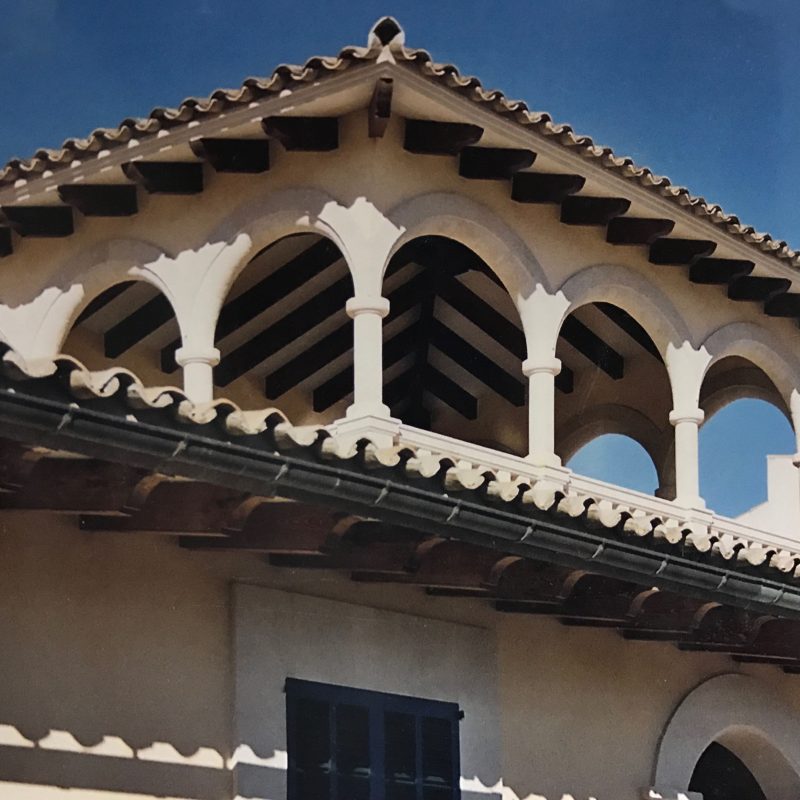 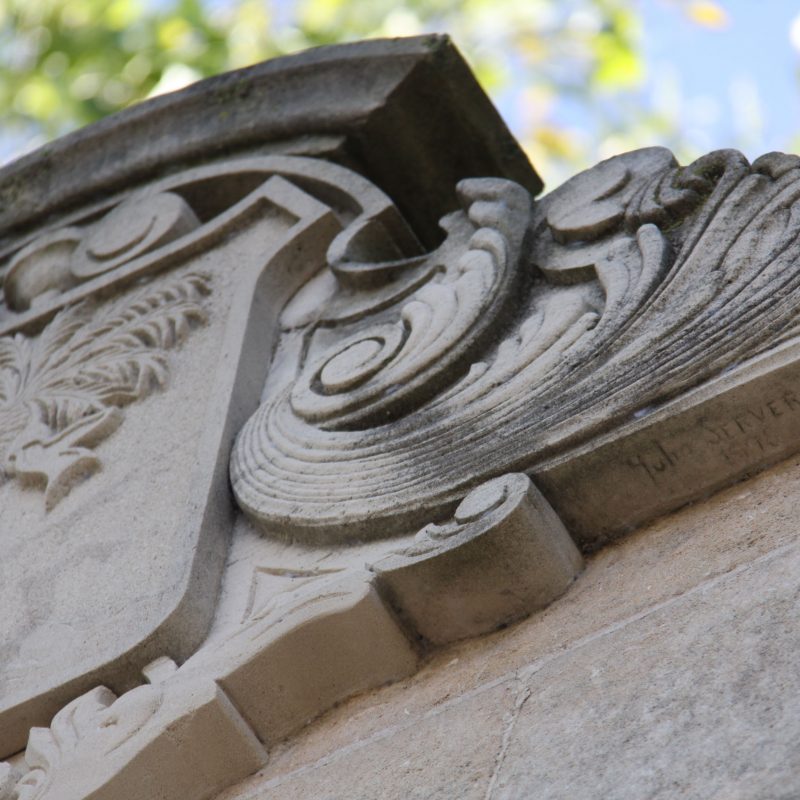 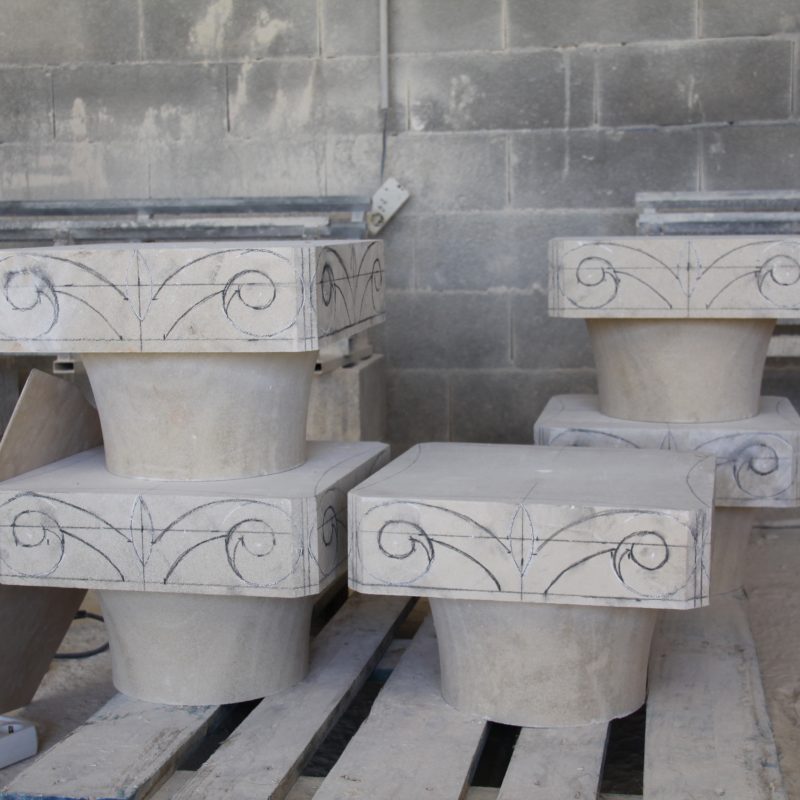 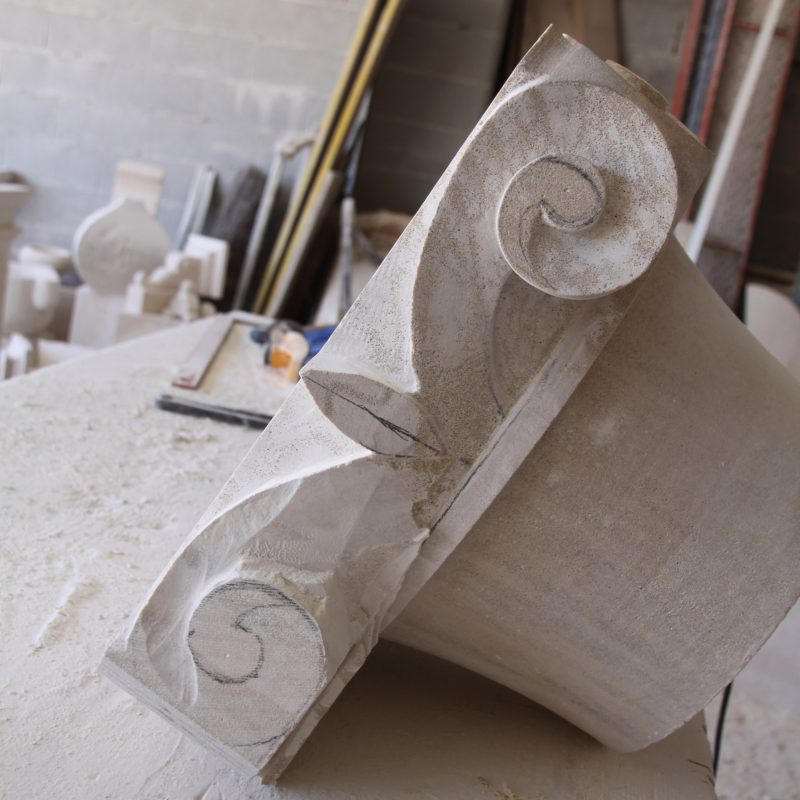 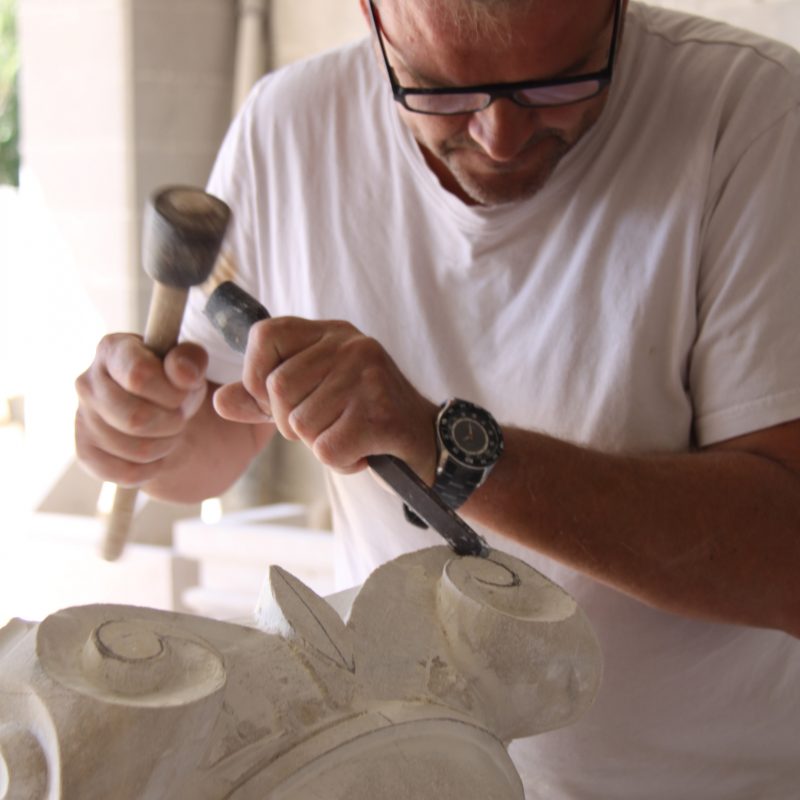 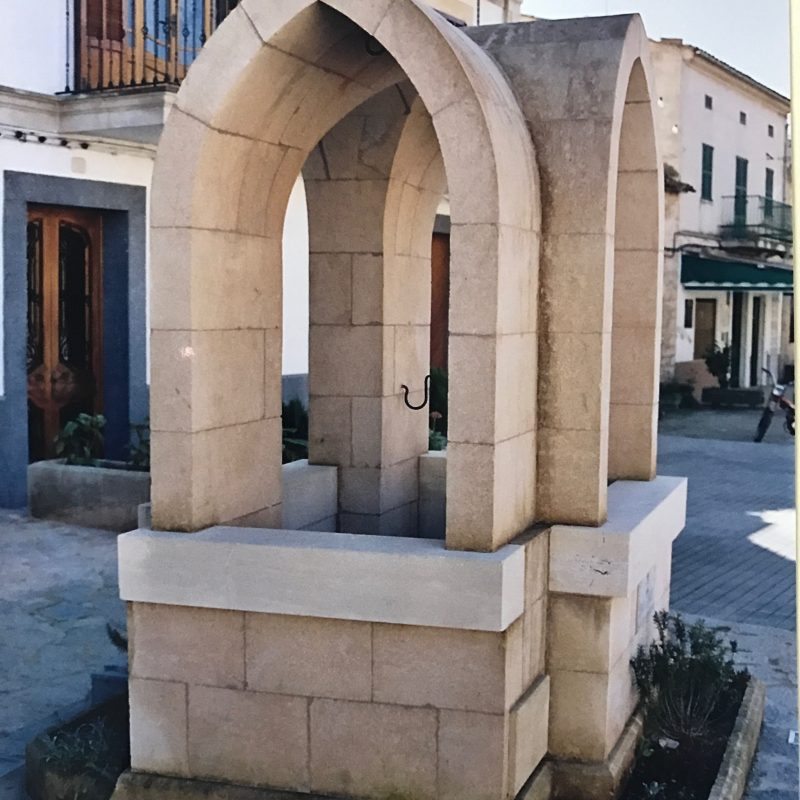 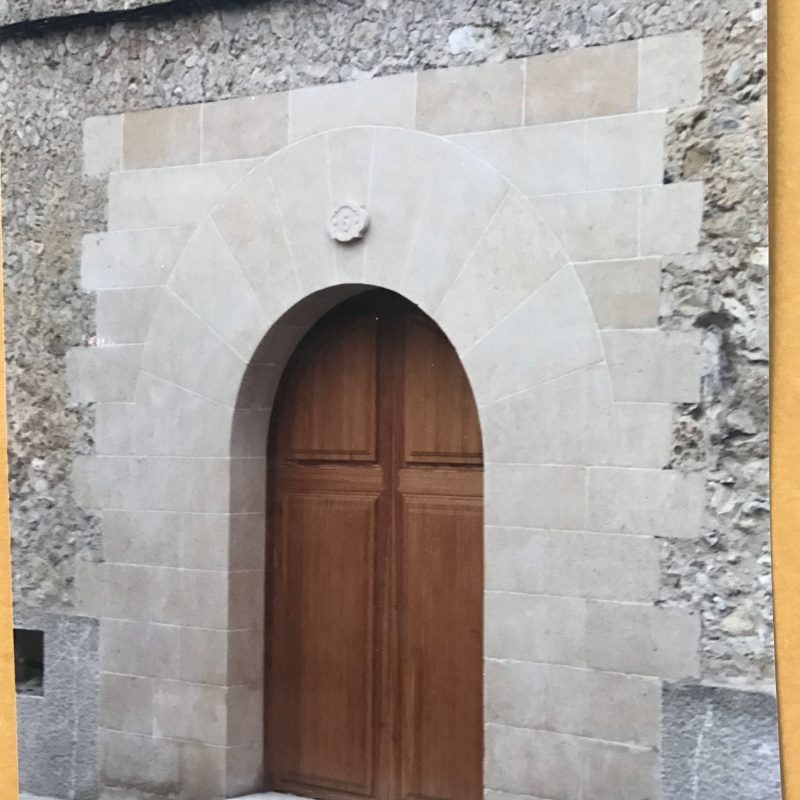 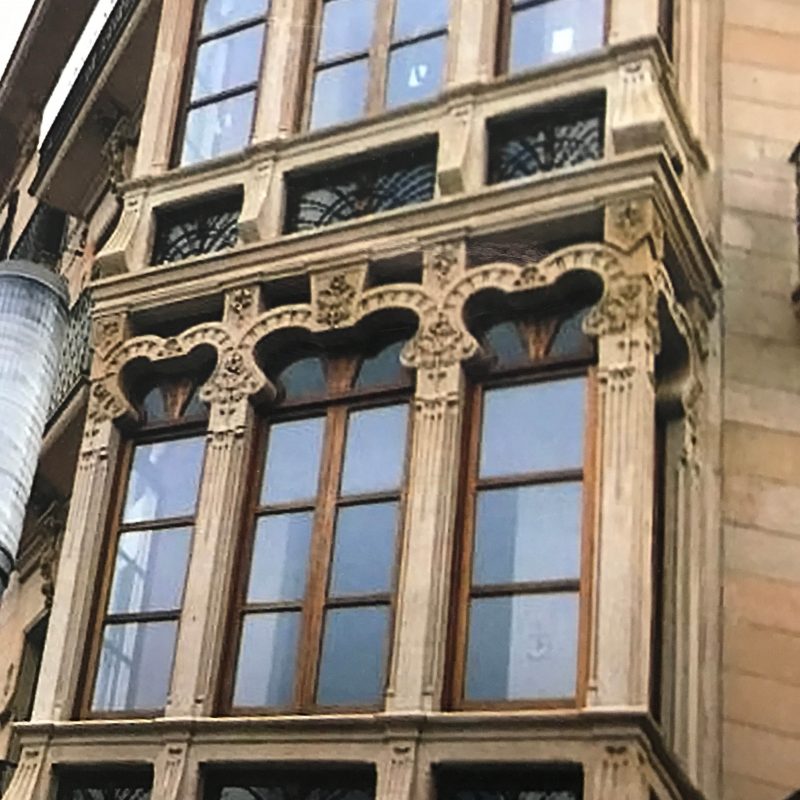 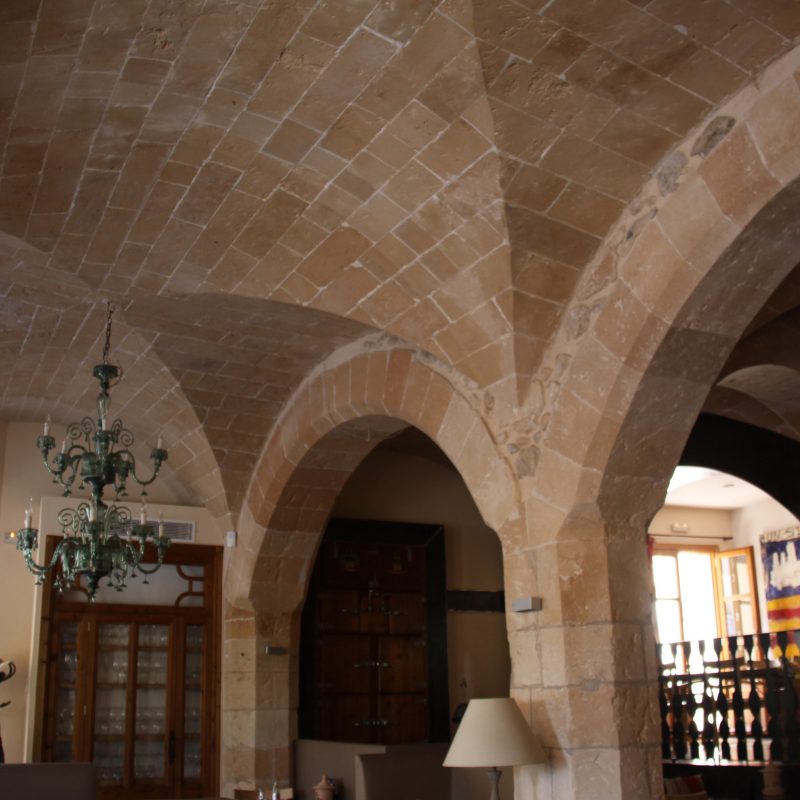 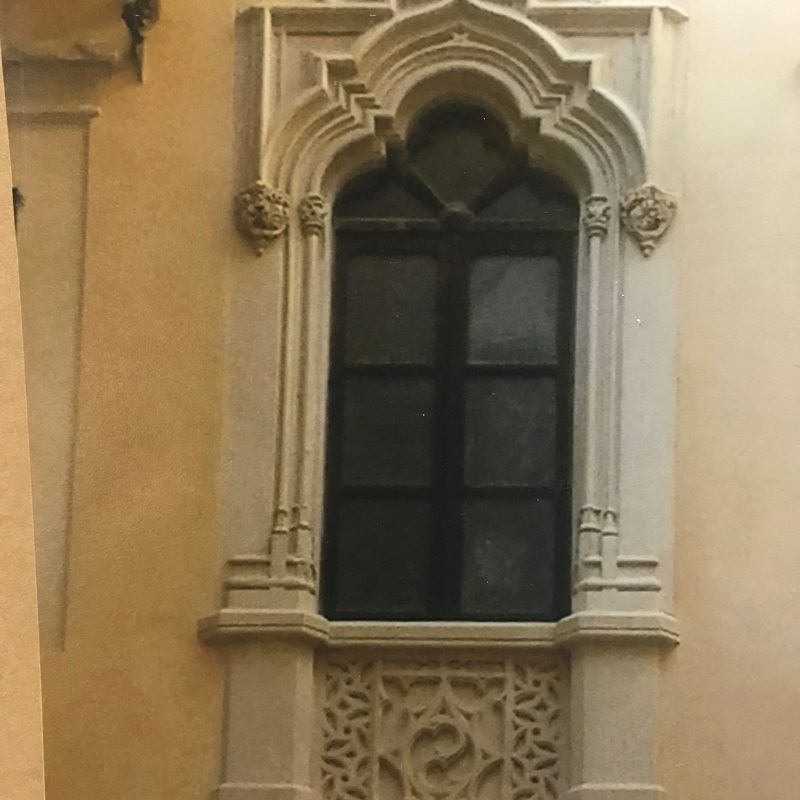