After years of training and researching, Ramón Recuero masters a great number of techniques regarding traditional forging, which he tries to keep alive for them not to be forgotten. In his workshop he carries out some works for competitions or exhibitions and he also receives his clients. His workshop is also a centre for the retrieval and dissemination of the techniques regarding traditional forge, where he trains other people interested in the craft.

He has received some prizes in Design Applied to Craftsmanship, becoming one of the most awarded craftsmen in Castilla-La Mancha. In the year 2002, the Department of Industry and Tourism in Castilla-La Mancha granted him the title of “Master Craftsman” because of his work regarding the retrieval of traditional forge techniques, being at the time one of the youngest artisan masters.

The master blacksmith Ramón Recuero carries out traditional grilles and handrails, forged, riveted and tied. He has manufactured Romanesque and Gothic style works. He decorates these elements with knots, ropes, leaves, strips, curls and floral, Solomonic or chiselled motifs.

At the age of 13 he started to receive classes on Traditional Forge from the master Efraín, at the School of Arts and Crafts in Ciudad Real. He told Ramón: “My children do not wish to continue the craft, I am the last of many generations in my family who have been part of it. If you wish to learn it, tell your parents, and I will teach you”).

That master put so much effort into showing him the craft that not only did he teach him how to forge iron, but also all the attitudes that one who wants to be a great master should have.

At the age of 23 he decided to move to Toledo, to work with the last blacksmiths who continued to work at their forges. At the same time he attended the courses on Forge at the School of Arts.

Later on, after having compiled a vast library on forge, history of art, etc., he decided to search for an abandoned village where – in the most economical way and with the maximum peace – he could dedicate long hours to the study and retrieval of former techniques used by blacksmiths for centuries.

This way, at the age of 26, with a handful of books and lots of hopes and dreams, he settled in the Caserío de San Antonio, a small area with around 15 other houses belonging to the province of Toledo.

He has given some courses in art centres, school/workshops, etc. but it was with the arrival of new technologies when he discovered that he could share his knowledge with a larger number of students from all around the world.

To this aim he created a website “Escuela de Herreros-Ramón Recuero”, and the YouTube channel “Ramón Recuero”, with over 11 million visualizations and 41 thousand subscribed members to it, as well as a small crafts school, which can hold up to six students. He hopes they will continue in this craft, which one day was about to be lost.

Today, his maximum aspiration is to consolidate a Crafts School where each of the masters give their classes with the same enthusiasm and passion his master Efraín did back in the days. 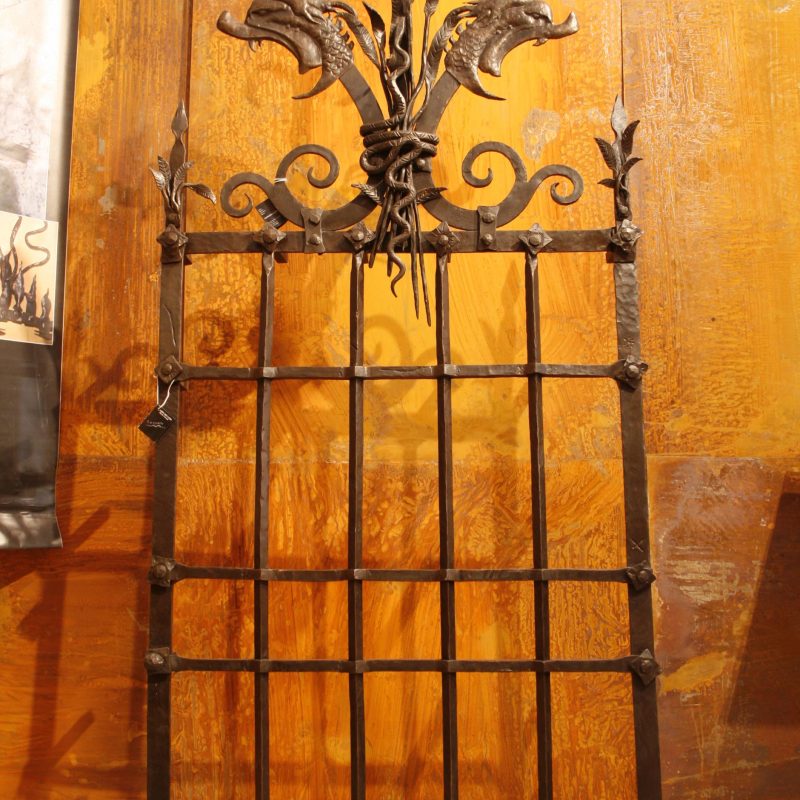 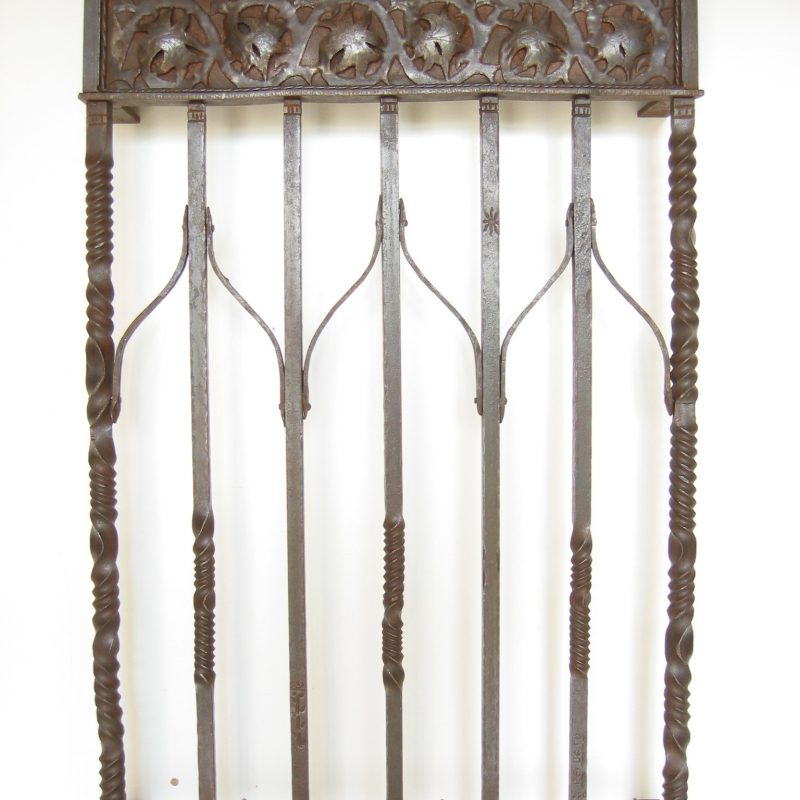 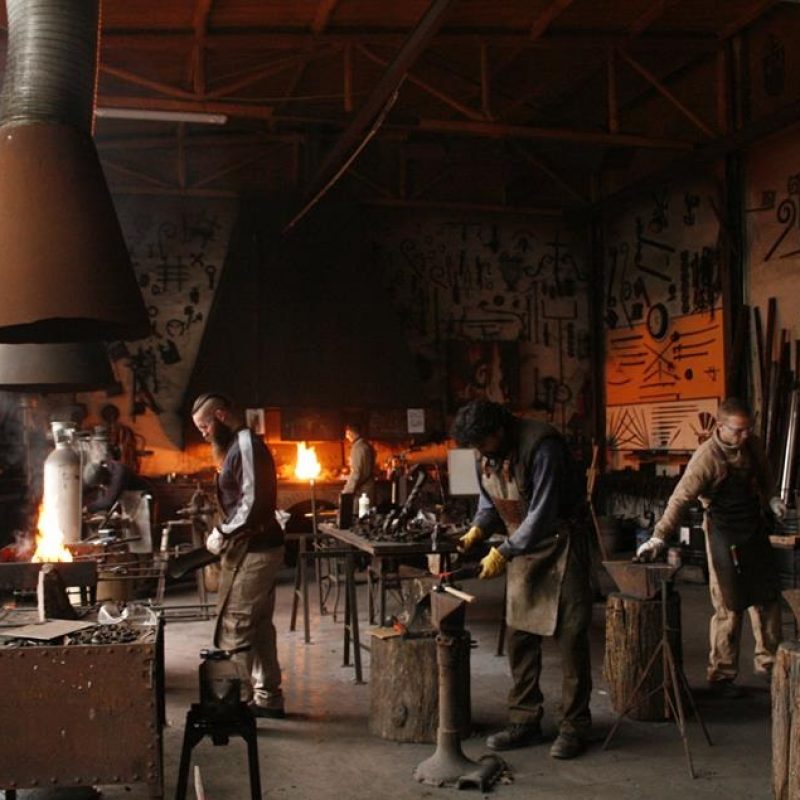 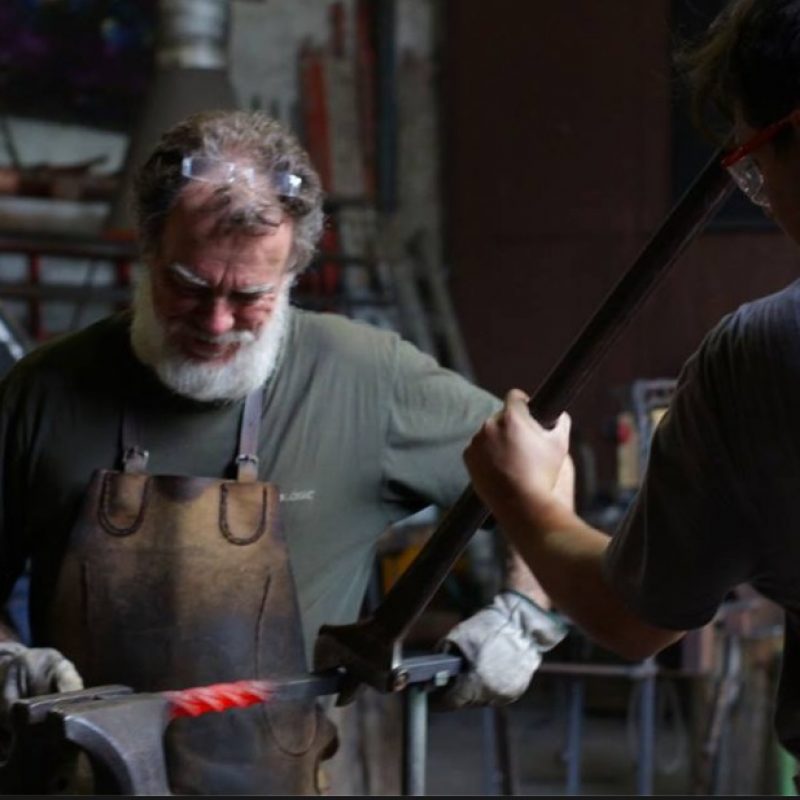 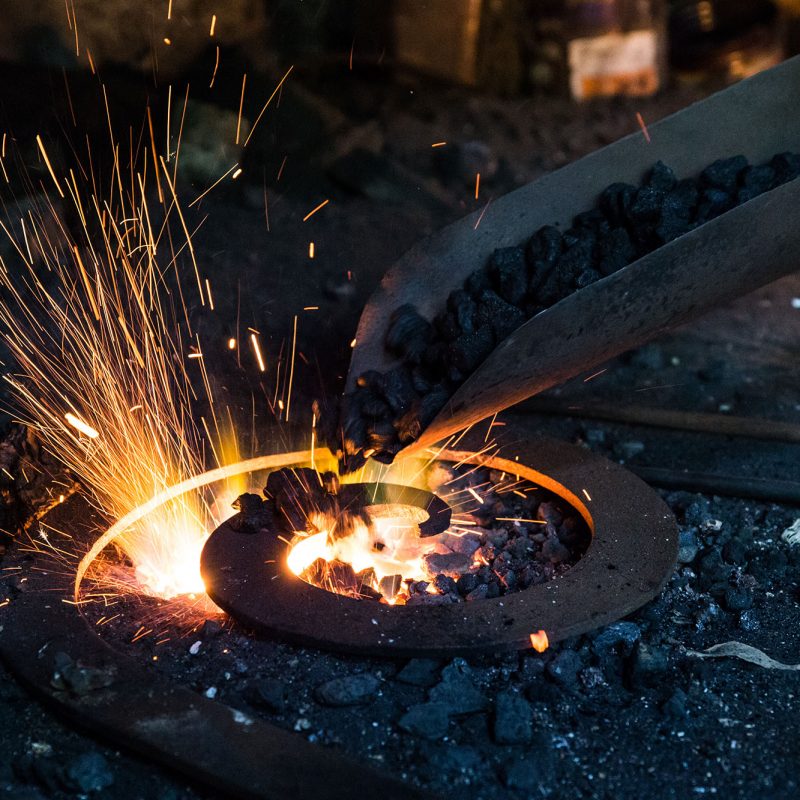 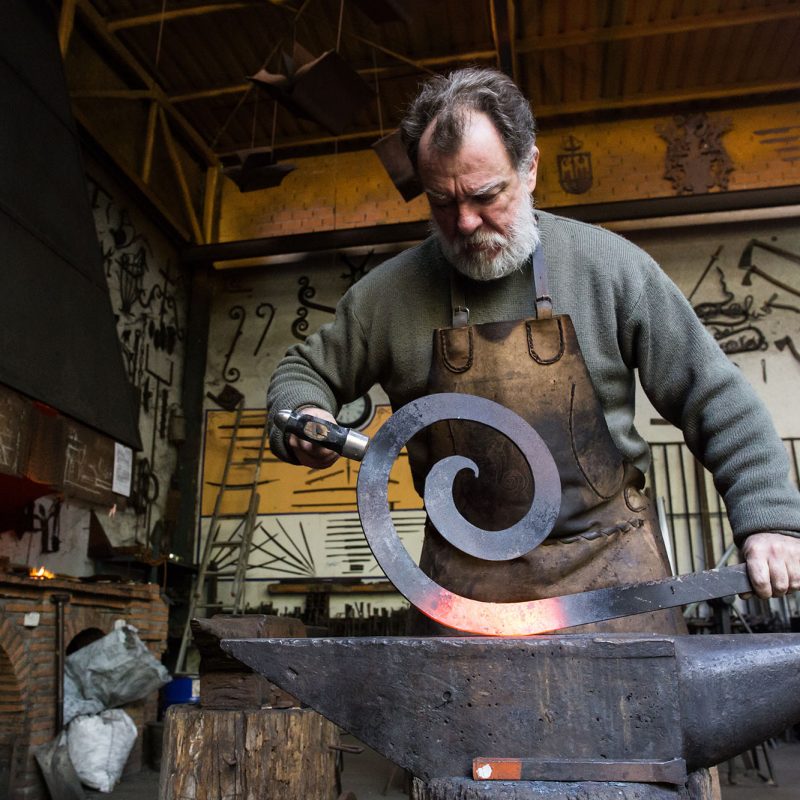 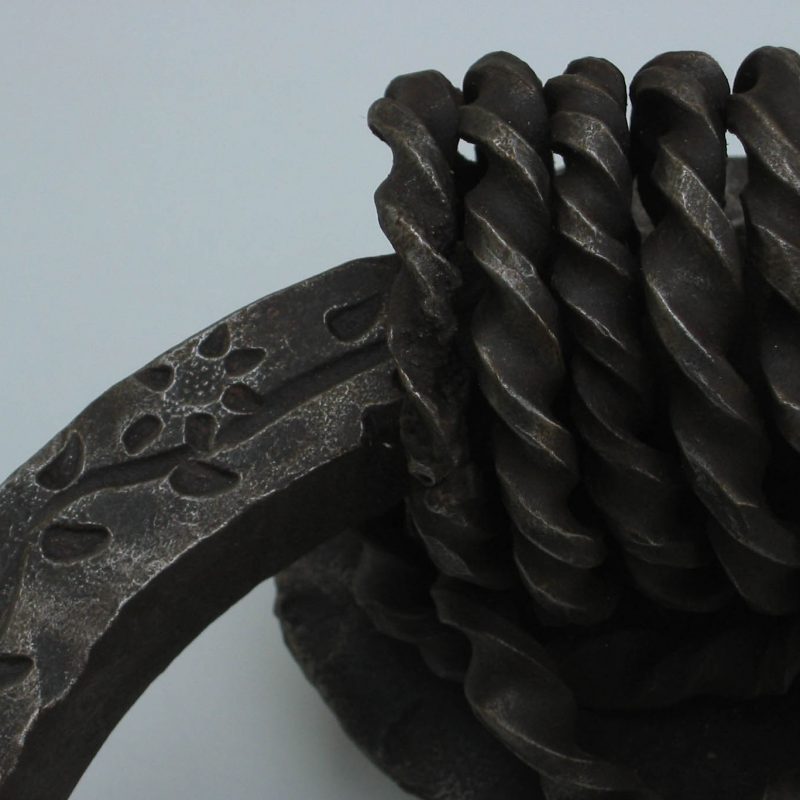 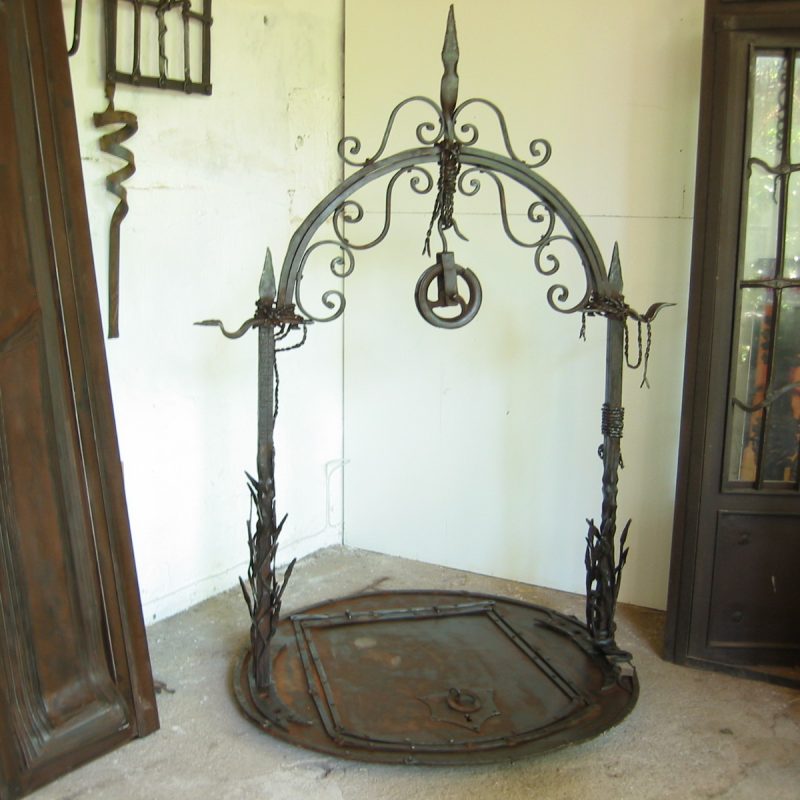 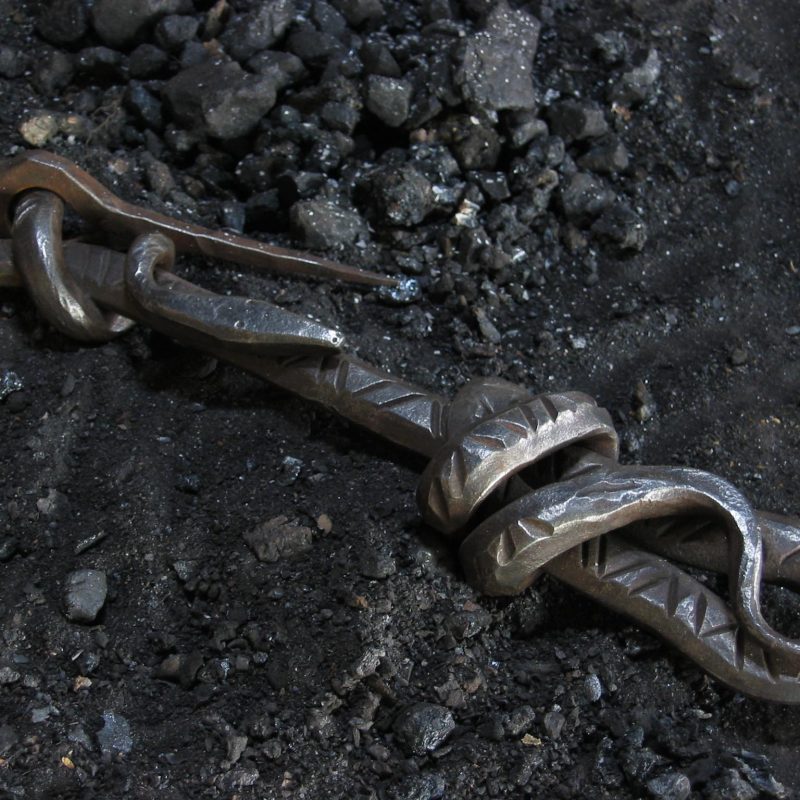 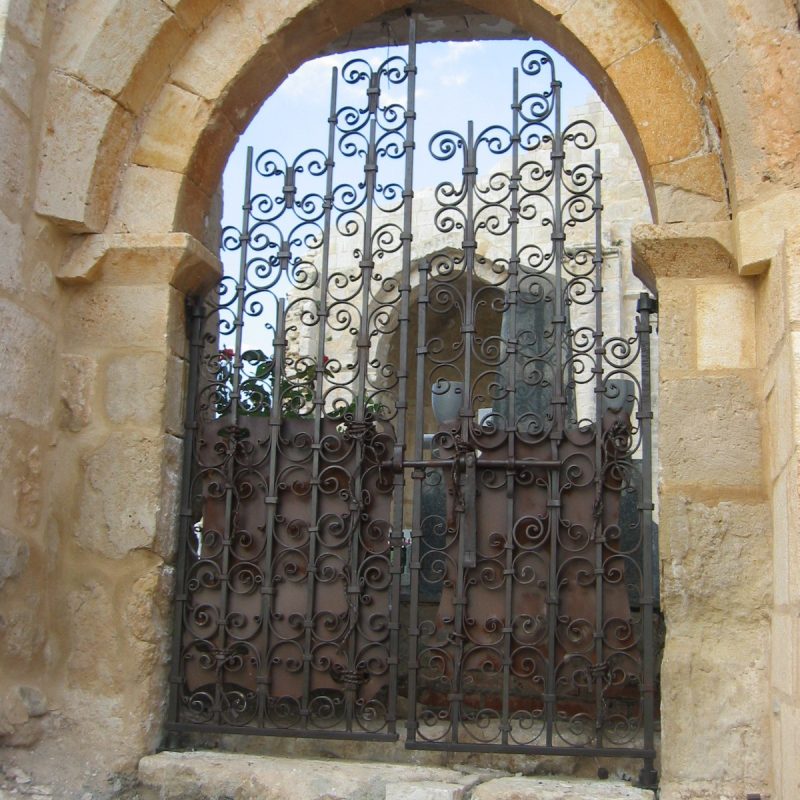