The Master Craftsman Laureano Rueda is a specialist in clay finishings as well as in the construction with adobe. The techniques he masters are the traditional ones, starting by the pressing of the clay, its settling, and the manufacture of the adobes with a mould (also called marcales or macales), their later drying in the sun and the construction of the bricks with raw clay, using as the mortar the clay itself. For these tasks there is basically no machinery involved, and only on very few occasions they may use the mixer which eases the process of kneading the clay. With regard to the finishings of the vertical elements, the technique is the same traditional one that has always been used, with no updates.

Regarding construction with rammed earth, his experience has not been as vast. However, here he has introduced updates to ease the works onsite, such as the use of metal formwork instead of the traditional wooden one. Moreover, they have substituted the hand rammer with other types of electrical tools such as pneumatically powered rammers or jackhammers.

The works he has carried out are mainly the restoration of adobe or rammed-earth constructions such as dovecotes, workshops and furnaces. He has also carried works for interiors, carrying out finishings for wine cellars, libraries in private homes, entrances to dwellings or hallways.

Laureano’s work is characterized by his great respect for traditional techniques and by maintaining and retrieving a type of architecture that, even if it is part of our heritage, has been particularly abandoned.

He did not have a particular master. He learnt the crafts studying the tradition surrounding him and learning about the techniques from other elders from the area where he lives.

He has delivered two summer courses organized by the Craft’s Centre in León. Specialists such as architects and constructors took part in them. In these courses a construction made of rammed earth was erected and a furnace made of adobe was manufactured. He has also taken part in the Craftsmen’s Fair of El Val in San Lorenzo (León), and the Medieval Sessions in Briones (La Rioja). In both of them he tried to carry out demonstration and participative workshops where he showed how to knead clay and manufacture different types of adobe. 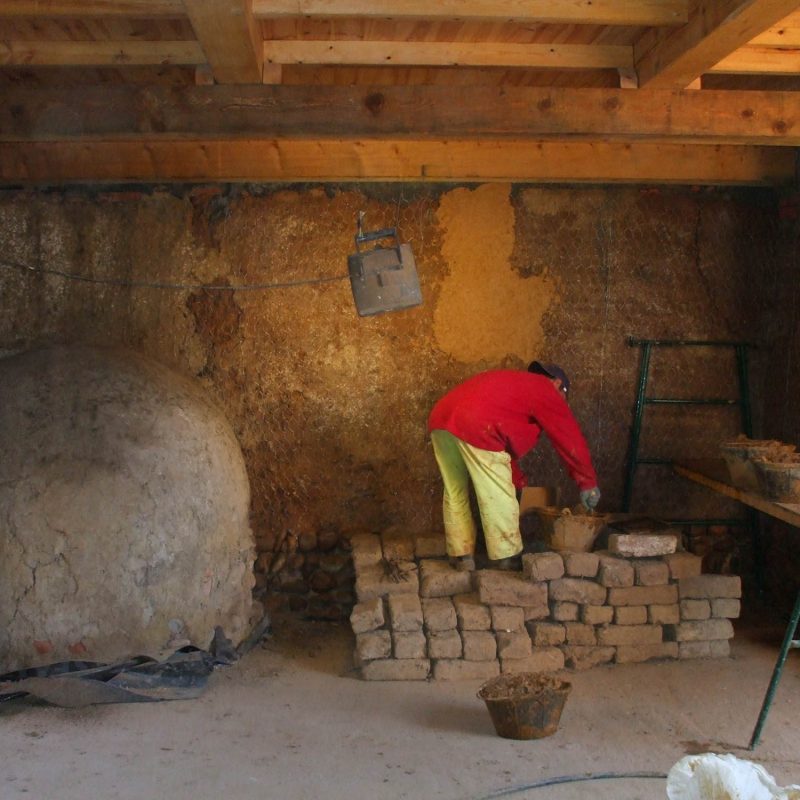 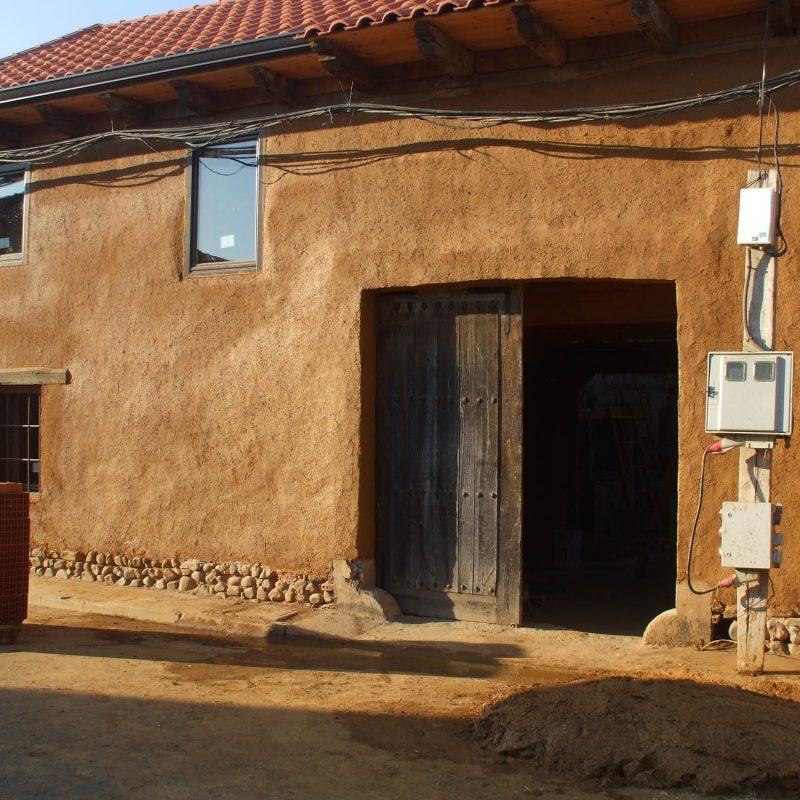 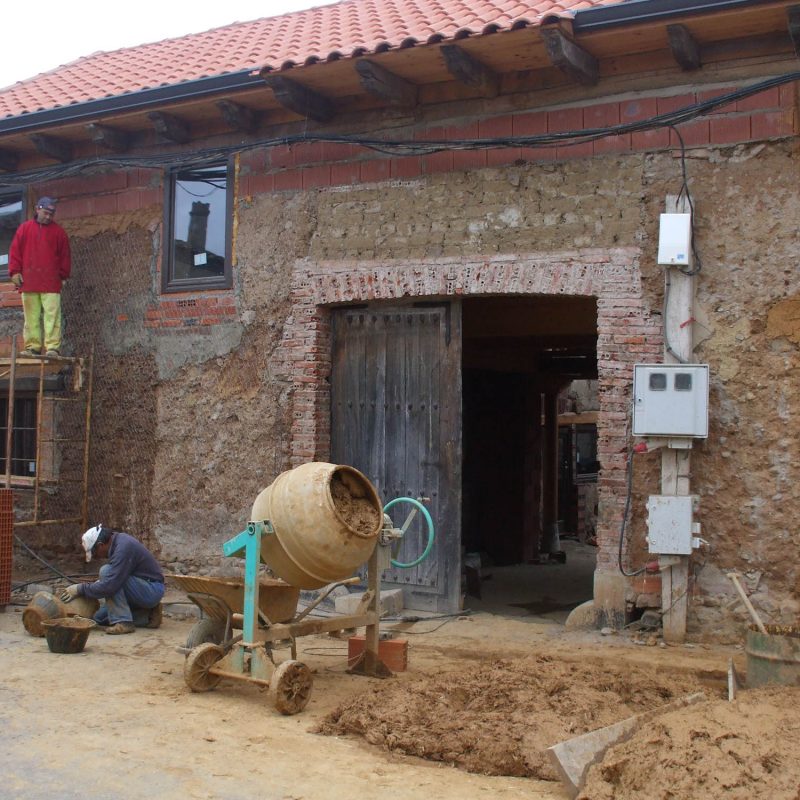 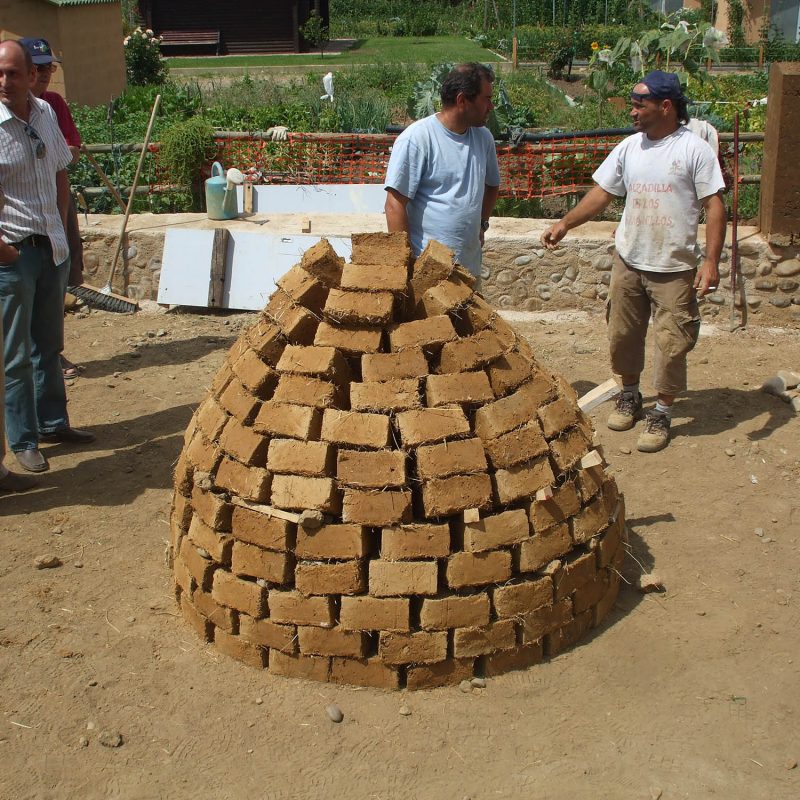 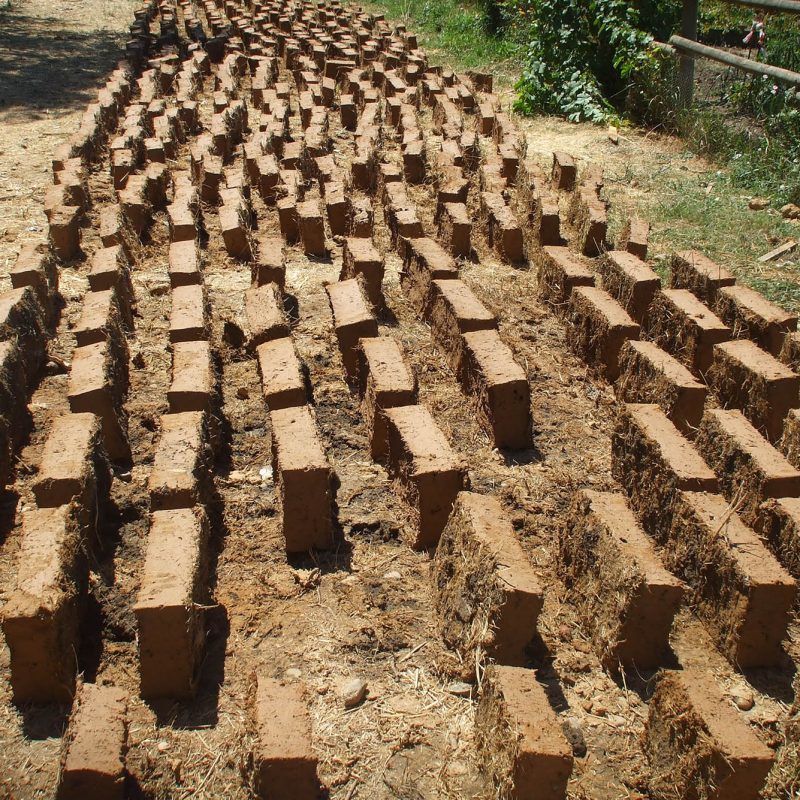 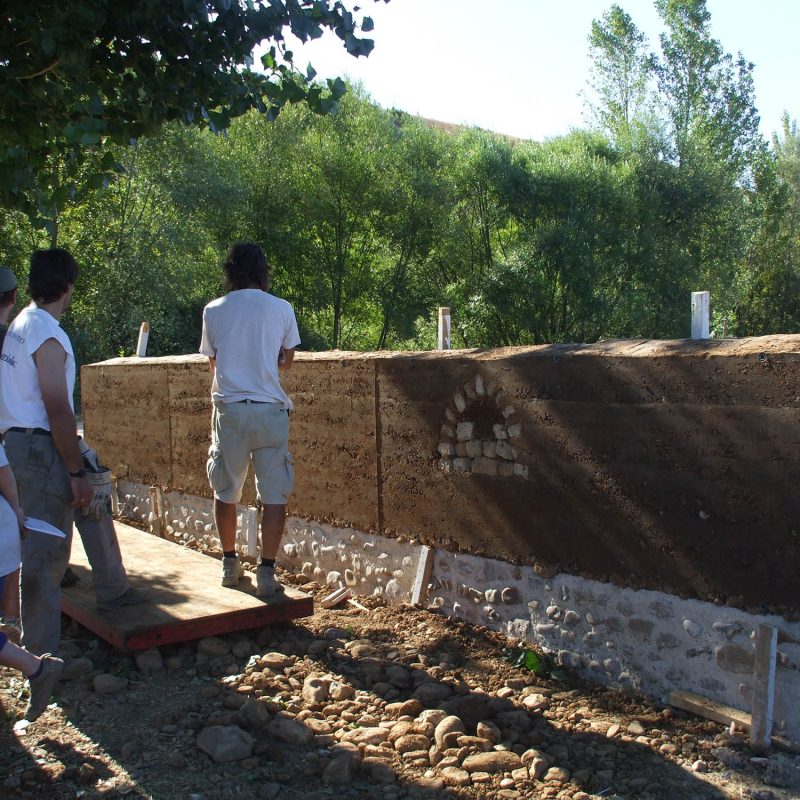 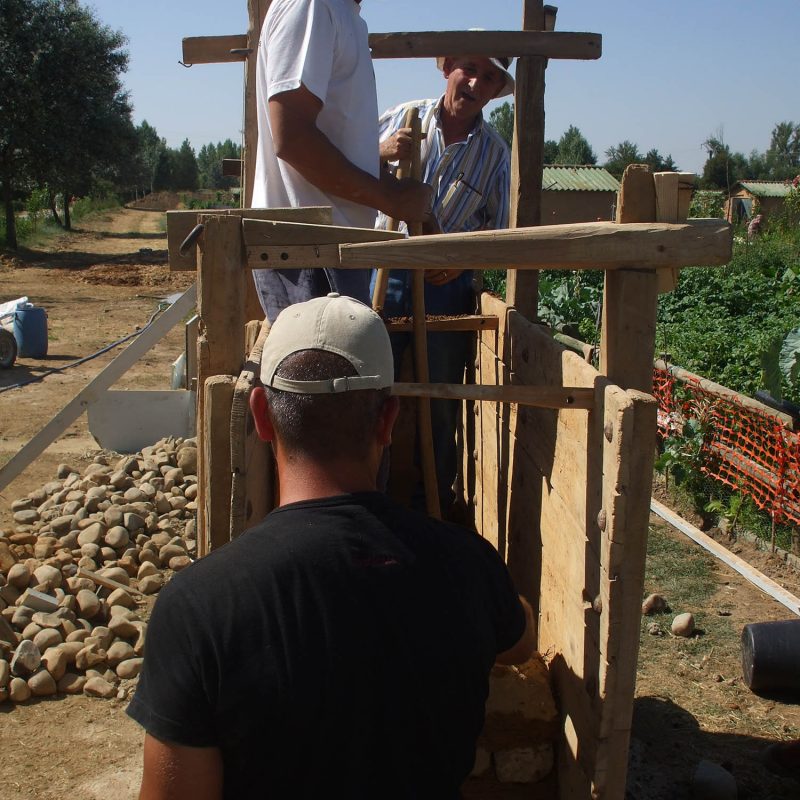 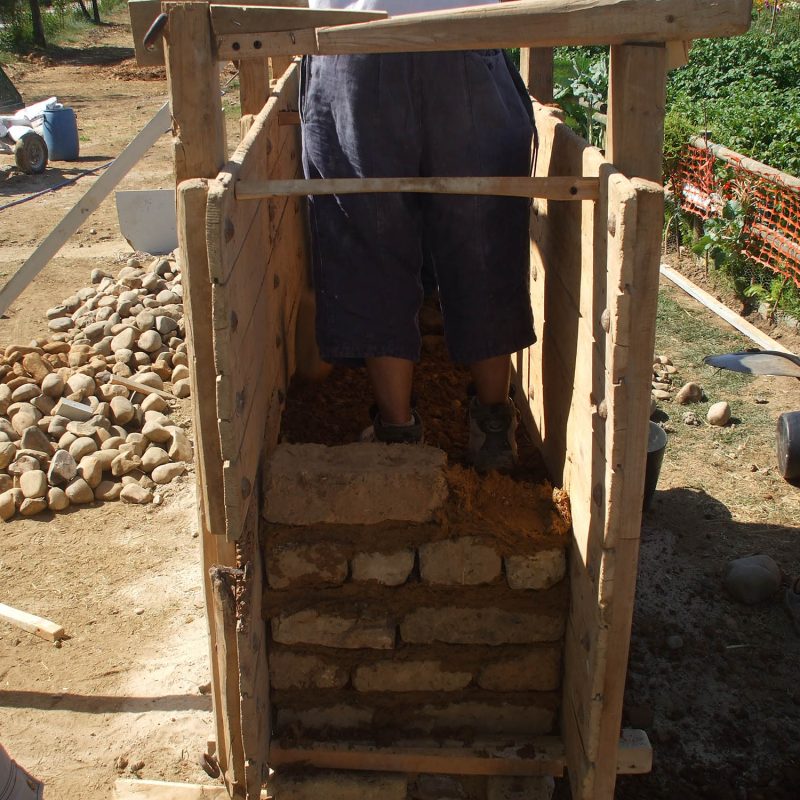 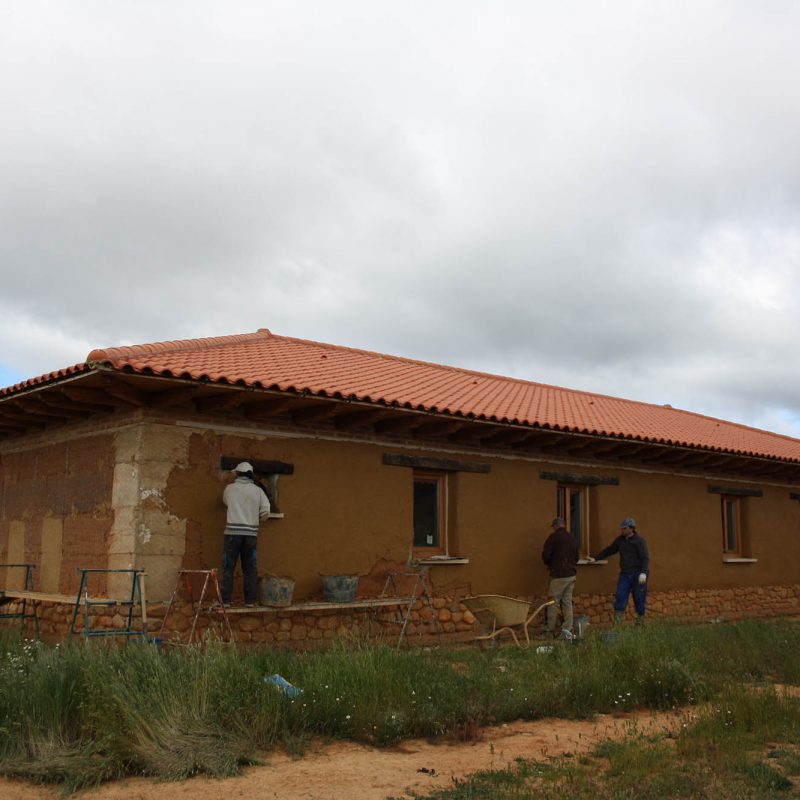 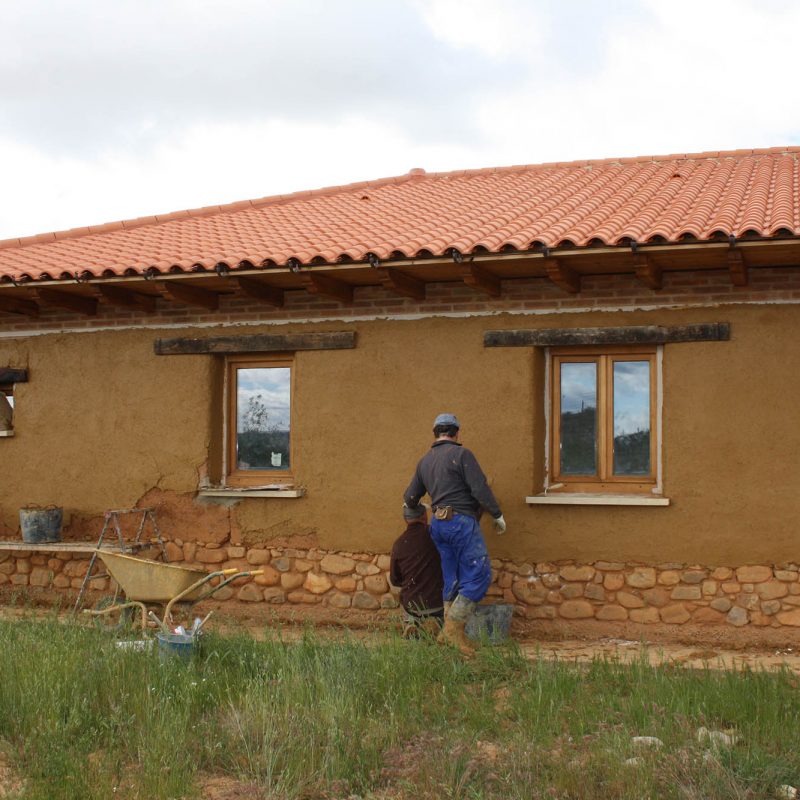 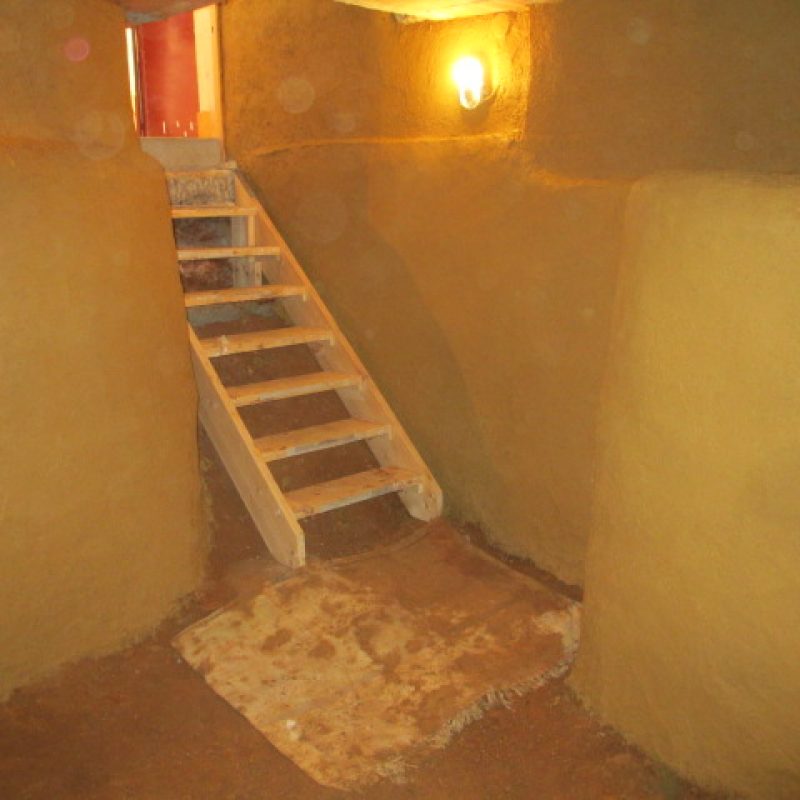 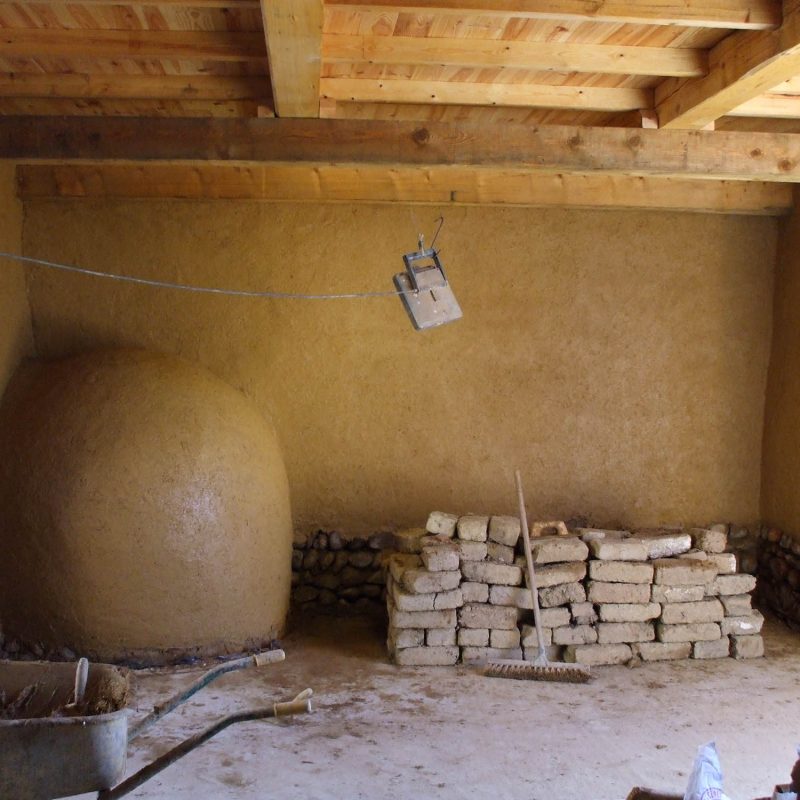