What characterizes any work of Miguel is that it is always carried out by traditional means based on direct carving, both for stone work and sculpture. Therefore, he starts the process with drawings, profiles, outlines and templates, with which he carries out all the carving of the stone. He works the stereotomy of the stone through the use of lines, since he considers that the creative part of the work is in the carving of the stone and not in the prior design of the volume which is then transferred to the material to be carved by the pointing technique.

The tools which he works with are always manual ones such as the hand tracer, the mallet, the bull point chisel, the chisel or the tooth chisel as well as templates and bebels.

Miguel dedicates his life to the carving of stone and the dissemination of this philosophy of direct carving through his work as a teacher in courses and lectures in different universities, as well as his many published articles and studies on art and sculpture.

The family’s tradition had a great influence in Miguel’s training since his father was a painter and a restorer and his brother was also a painter. Due to this, he developed a great ability in drawing, although he never applied it to painting, since he felt more linked to stone and sculpture.

At the age of nineteen he had the chance of entering a stone School/Workshop, where he learnt how to carve stone. Later, he continued his training in workshops belonging to other sculptors, until he started to work as a masonry teacher at the School/Workshop of Villarcayo, in Burgos, where he got acquainted with Julio Peña, with whom he set up a Workshop under the name of Taller Siloé. From that moment on, he carried out until today both teaching work and private commissions of different natures.

Miguel has worked teaching the craft of stone carving since he was very young, first at the School/Workshop in Villarcayo, Burgos, and after in another School/Workshop in Álava as well as in different courses on masonry such as those carried out at the Monastery of Santa María in Rioseco, Burgos. He has also delivered courses at the Crafts Centre in León and has collaborated in the tuition of the MA in Heritage in Santiago de Compostela and the one delivered by the Universidad Politécnica de Valencia.

However, his main teaching work has been carried out at the Escuela Técnica Superior de Arquitectura de Madrid, in the subject of “Experimental Workshop”, as well as in different MA’s delivered at that same institution such as the MA in Construction and Technology of Historic Buildings.

Angel and fountain for Cereceda (Cantabria).

Embossment for the Bookshop “Alcaraván” in Urueña (Valladolid).

Ambon for the Mozarabic Church of San Cebrián in Mazote (Valladolid).

Gypsum embossments for the chapel of San Roque in Quintana Martín Galíndez (Burgos).

Stone spindle of the Chair of the Queen in the Cathedral of León.

Sculptures of heads for the Arriaga Theatre (Bilbao). 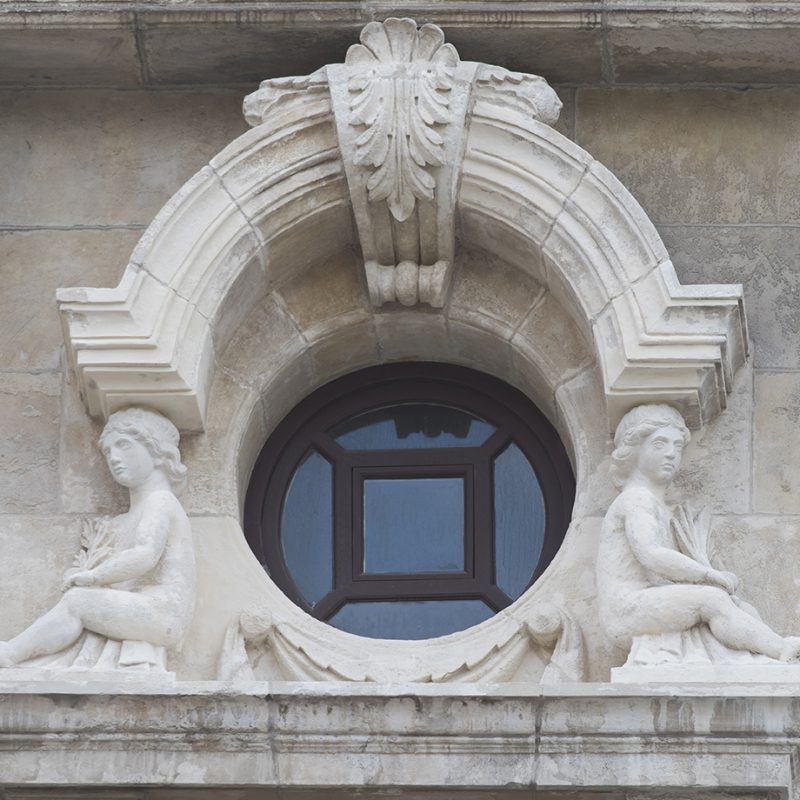 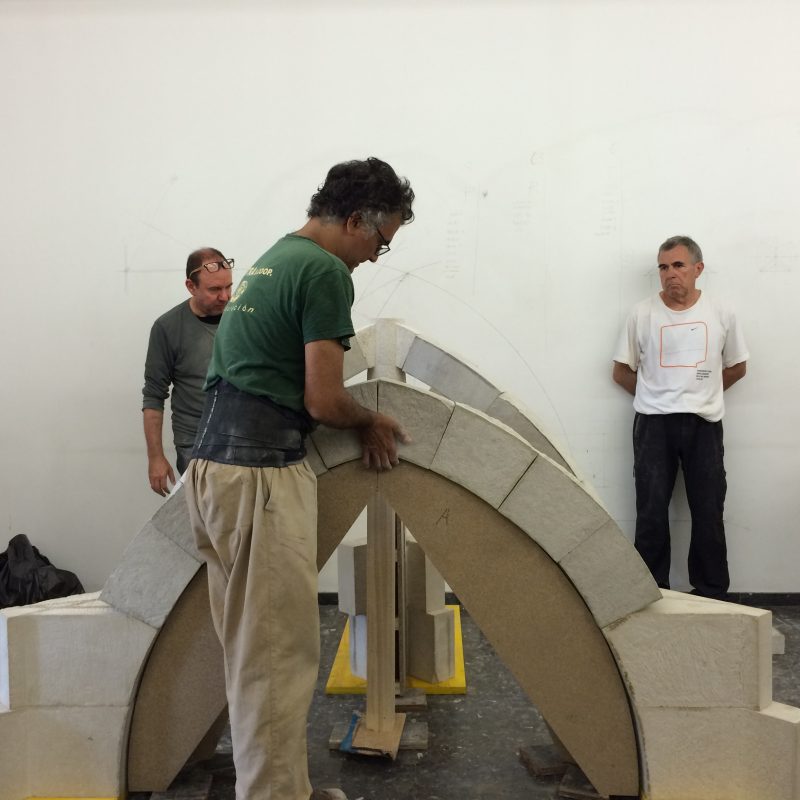 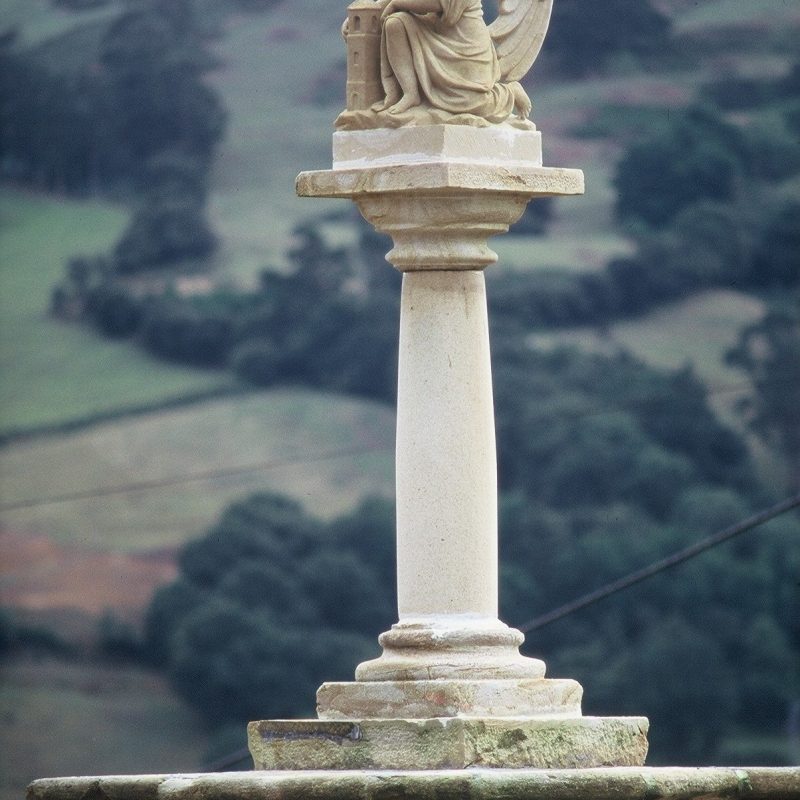 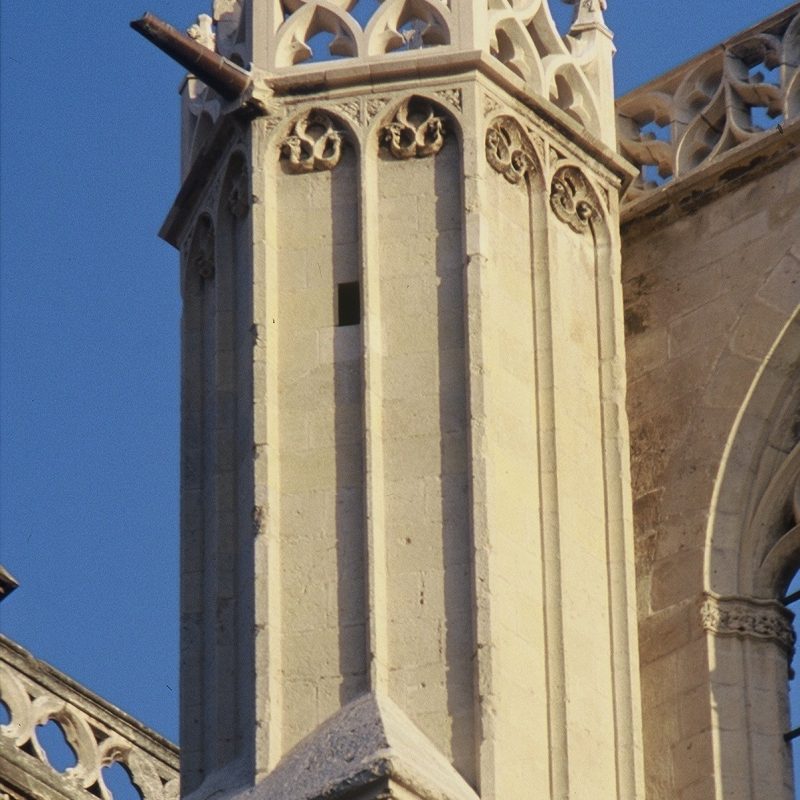 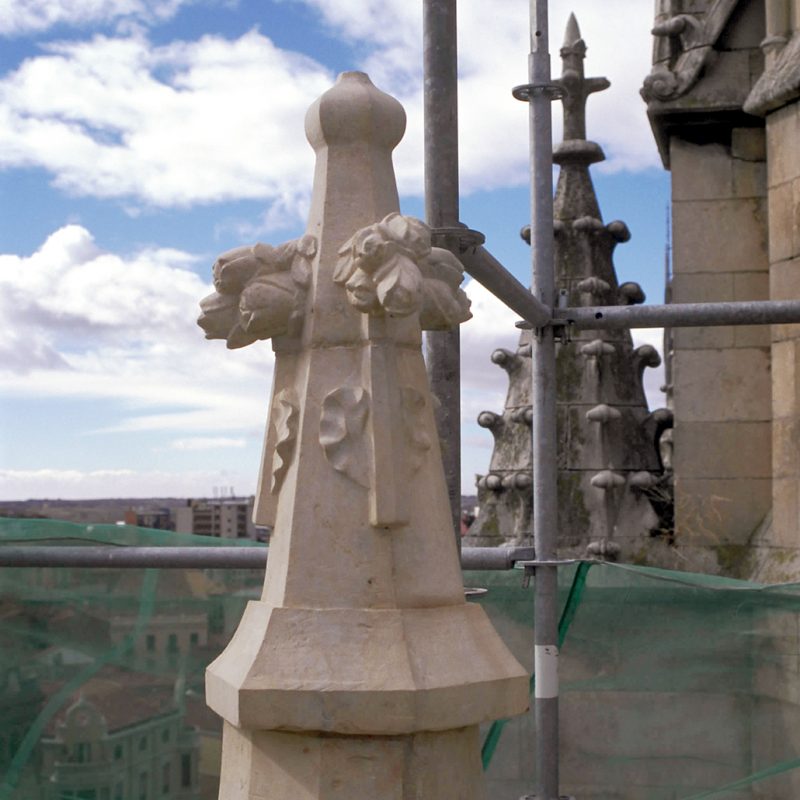 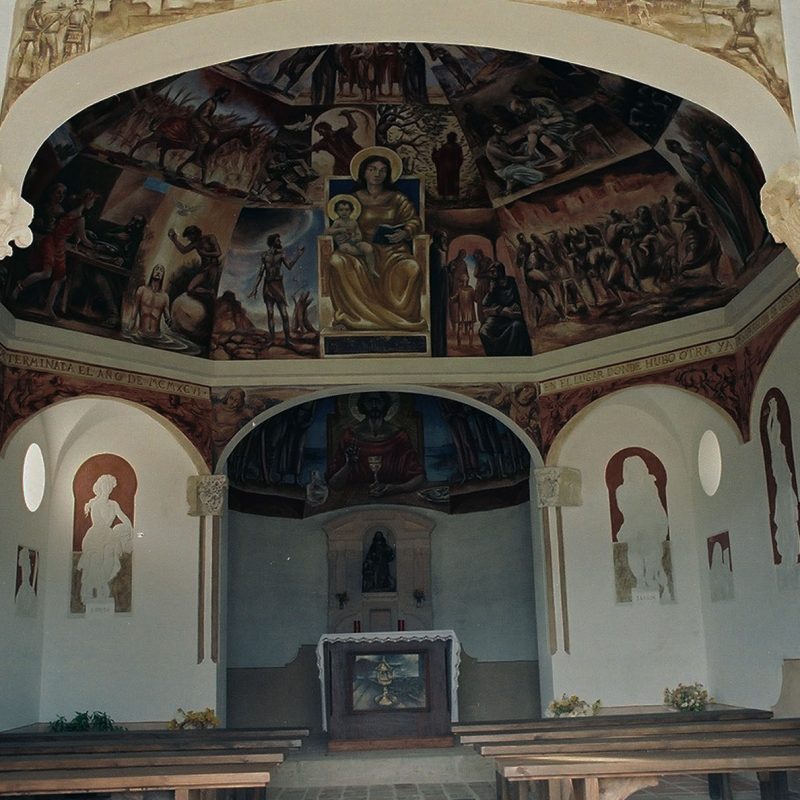 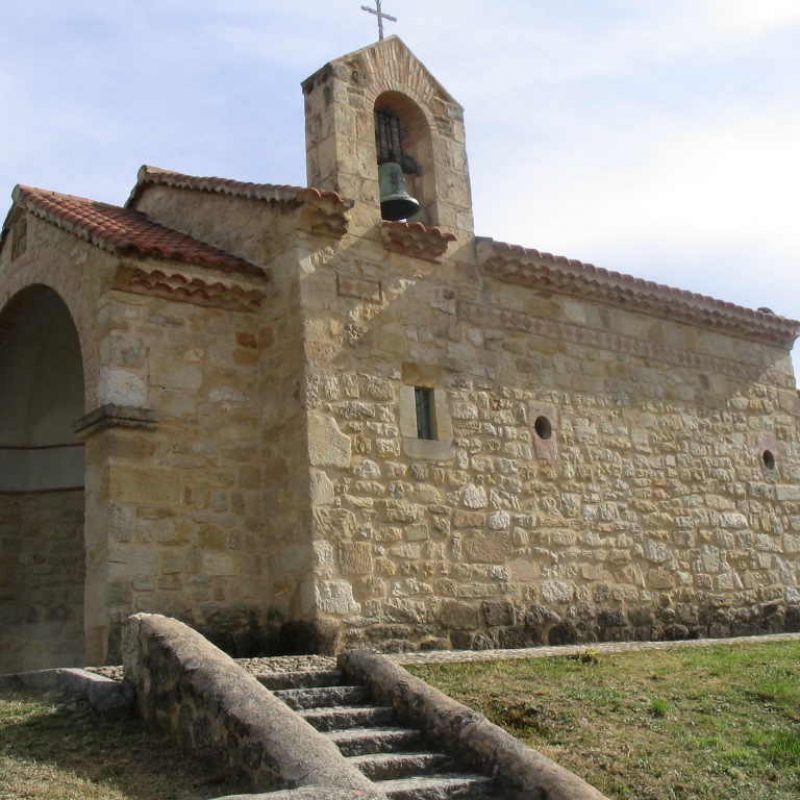 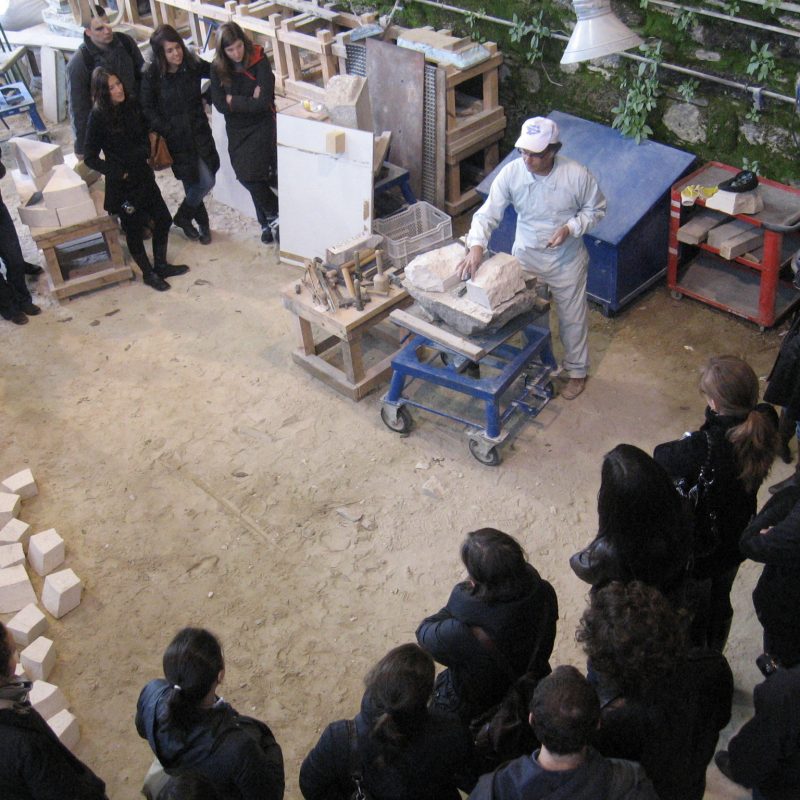 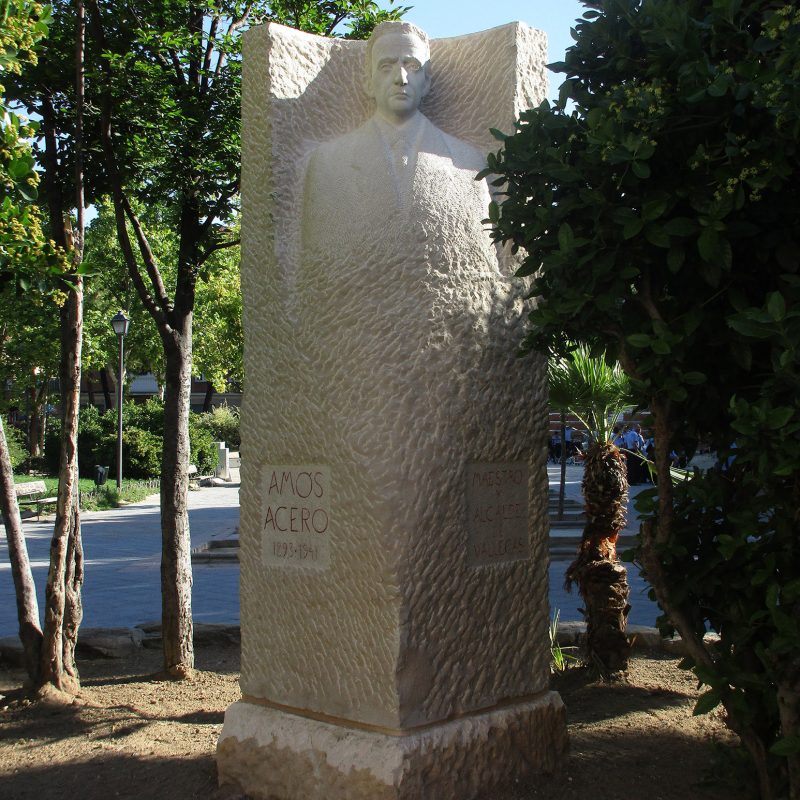 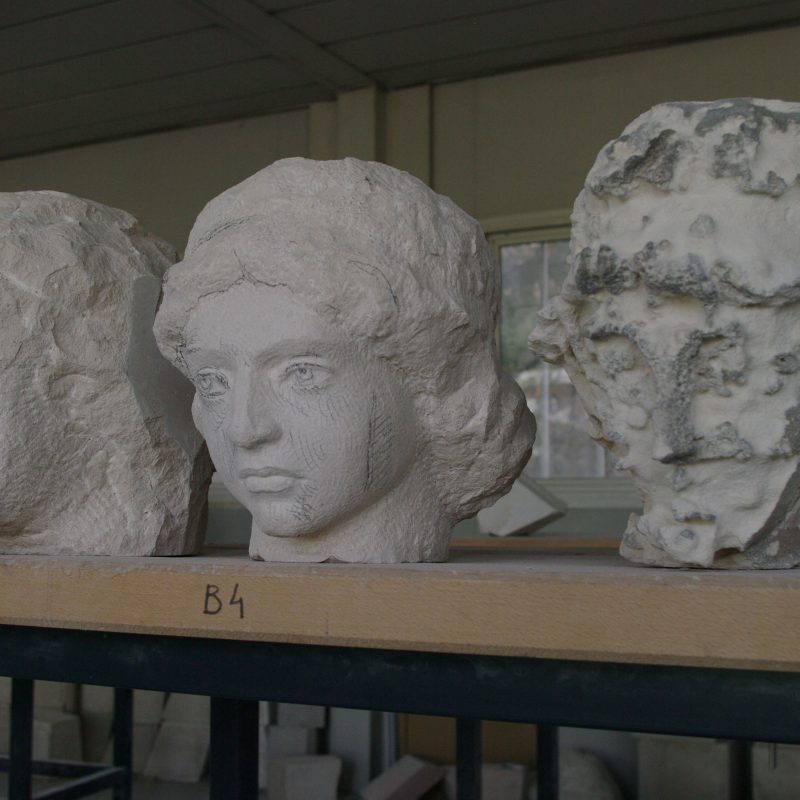 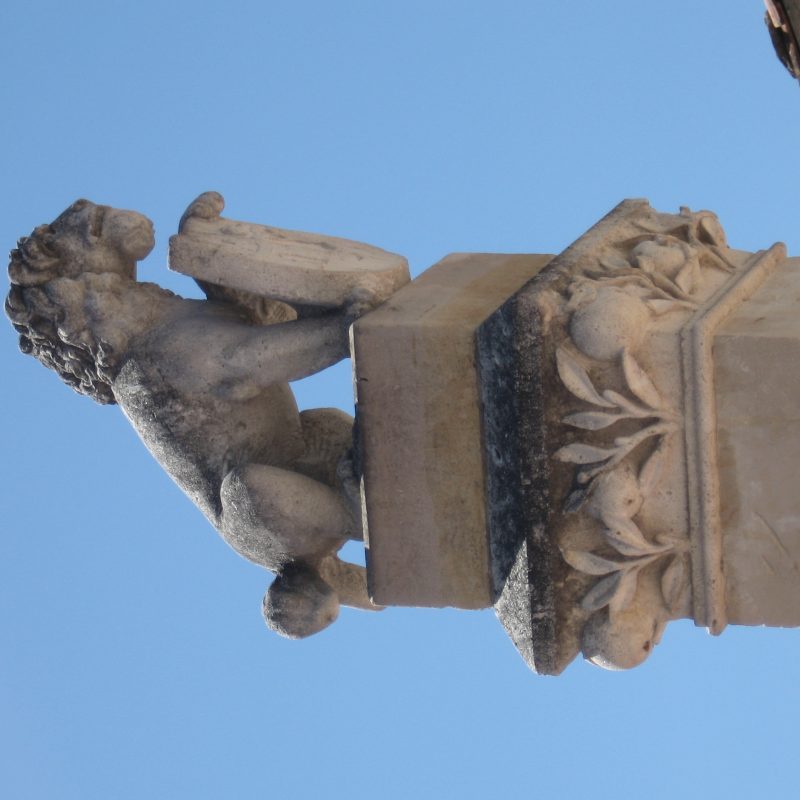 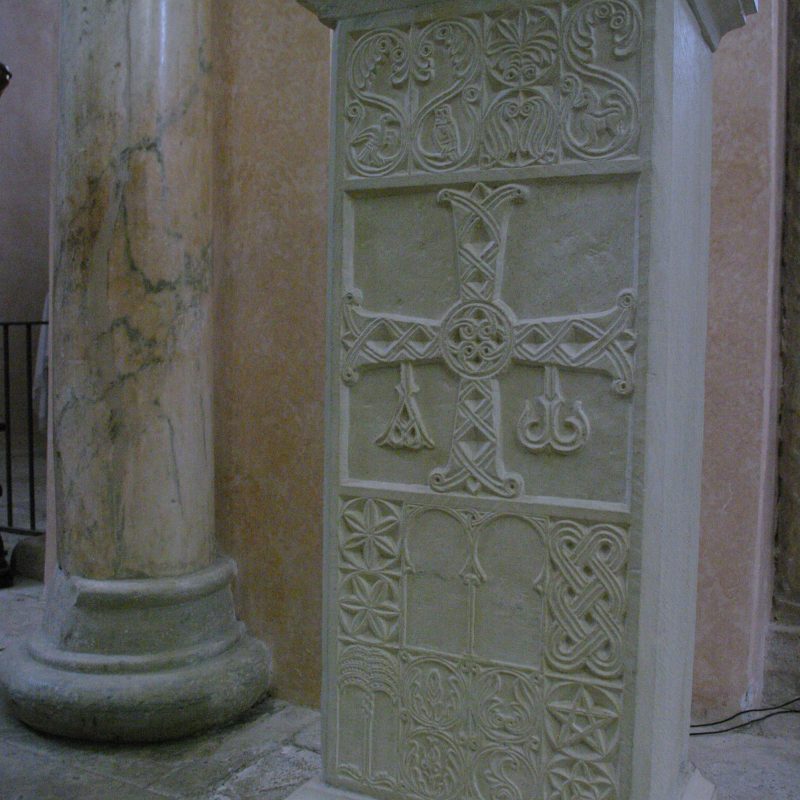