The business San Ginés specializes in decorative ceramics and tiling for architectural projects.

Mónica García del Pino is the head of the business, which was set up in Talavera de la Reina in 1999. She is the great granddaughter of Juan Ruiz de Luna, the man who made the traditional ceramics from Talavera come back to life at the beginning of the 20th century and in whose honour the museum of the city which has its name was built.

The business is very careful about preserving the local tradition both in terms of the technique and the characteristic decorative elements. However, the business has also added several innovations. They have been able to give ceramics new applications – bearing in mind the demands of today – as well as being part of research projects promoted by different entities.

Cerámica San Ginés collaborates with the Department of Applied Mineralogy of the University of Castilla-La Mancha and has been part of the project D. Artes for the incorporation of design to the artisanal sector of the Fundación Española para la Innovación de la Artesanía.

They have vast experience in the development of projects of tiling for façades and interior partitions. However, her contributions in the field of decoration at a small scale are also highly outstanding. The Junta de Comunidades of Castilla-La Mancha chose Cerámica San Ginés to carry out the institutional gift on the occasion of the engagement of the Prince and Princess of Asturias, which was a hand-painted Renaissance style set of crockery.

In 2009 she was awarded the Regional Prize for Applied Design for Craftsmanship with her project “La Gorrinucha”. In April 2010 Cerámica San Ginés received the Prize Ciudad de Talavera for Promoting the Local and Regional Identity of the city, in recognition of the manufacture of the largest hand-painted ceramic mural in the world. That same year it received the acknowledgement of Business of the Year 2010 by the Business Federation of Toledo. Cerámica San Ginés obtained the National Craftsmanship Prize for the best artisanal product 2010 for the Mural of the Convention’s Centre in Orán. The jury highlighted how “they assumed a project of such magnitude and carried it out so successfully, demonstrating apart from an extremely high technical quality, a great capacity of innovation both in terms of the product itself and the processes to obtain it as well as their organizational and communication capacity”.

The knowledge of the craft has been passed on from one generation to the next as part of the family tradition.

Among her greatest accomplishments is the technical direction of the restoration of the Victoria Theatre in Talavera de la Reina and the manufacture of murals for private clients and public institutions such as the Embassy of the United States in Madrid.

In 2016 Cerámica San Ginés finished another great international piece of work decorating with traditional tile-work Bazaar Mar, the new restaurant belonging to the Spanish chef José Andrés, in Miami, reflecting in the walls of the restaurant a concept by the designer Philippe Starck. 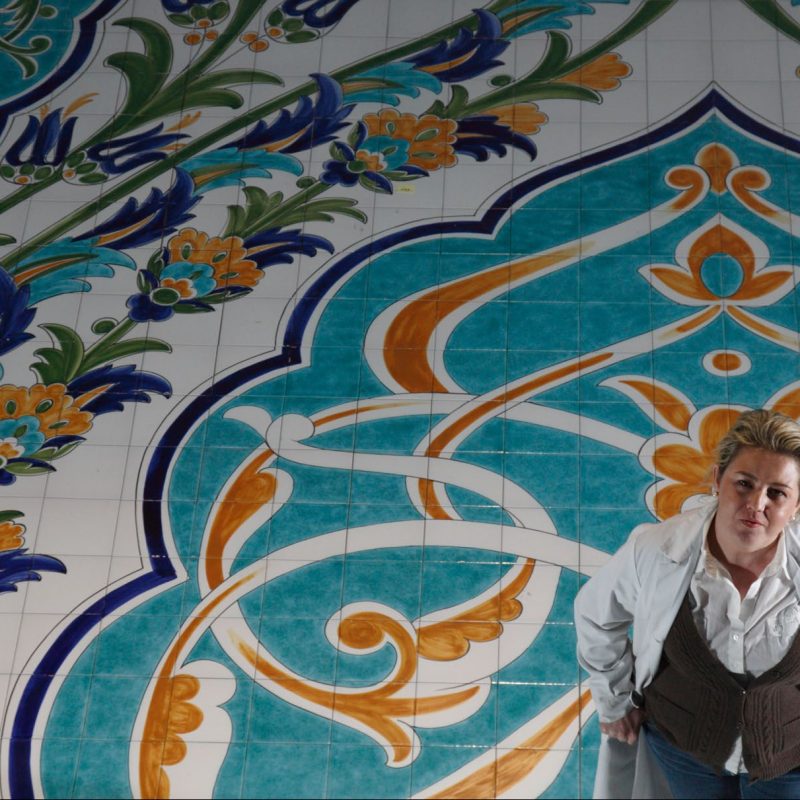 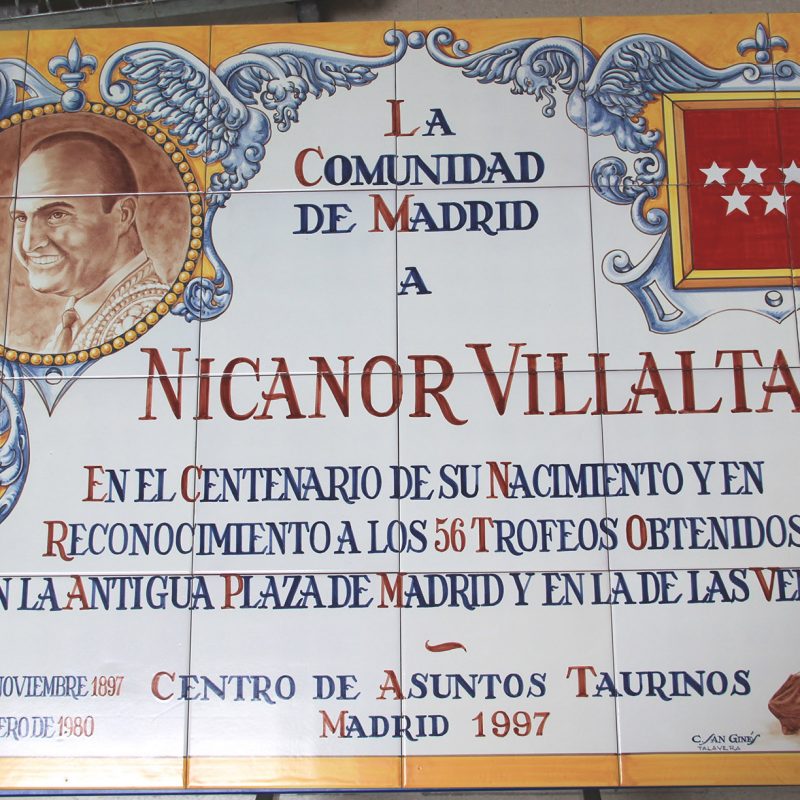 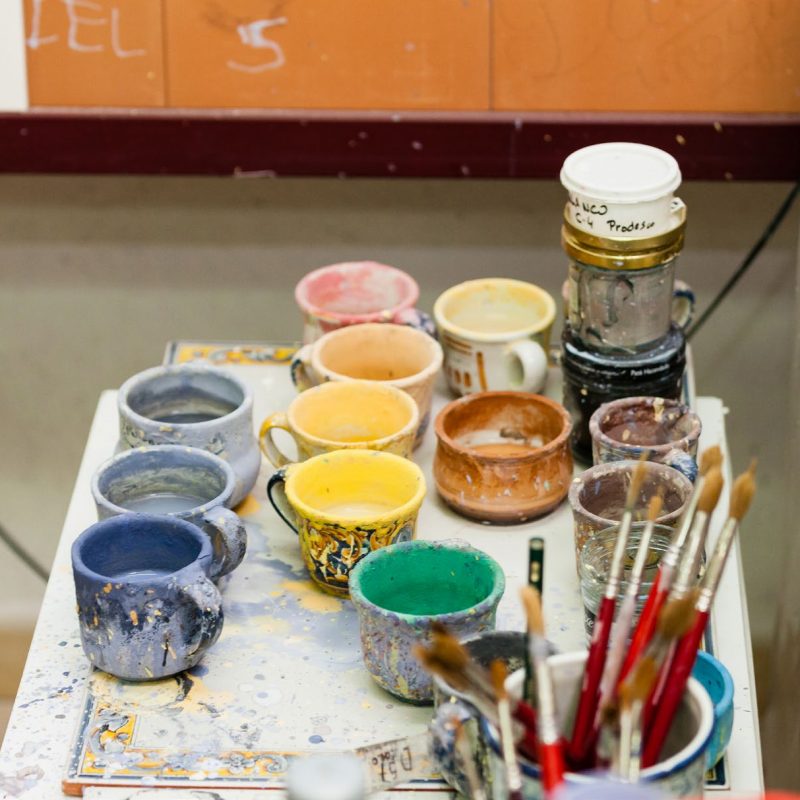 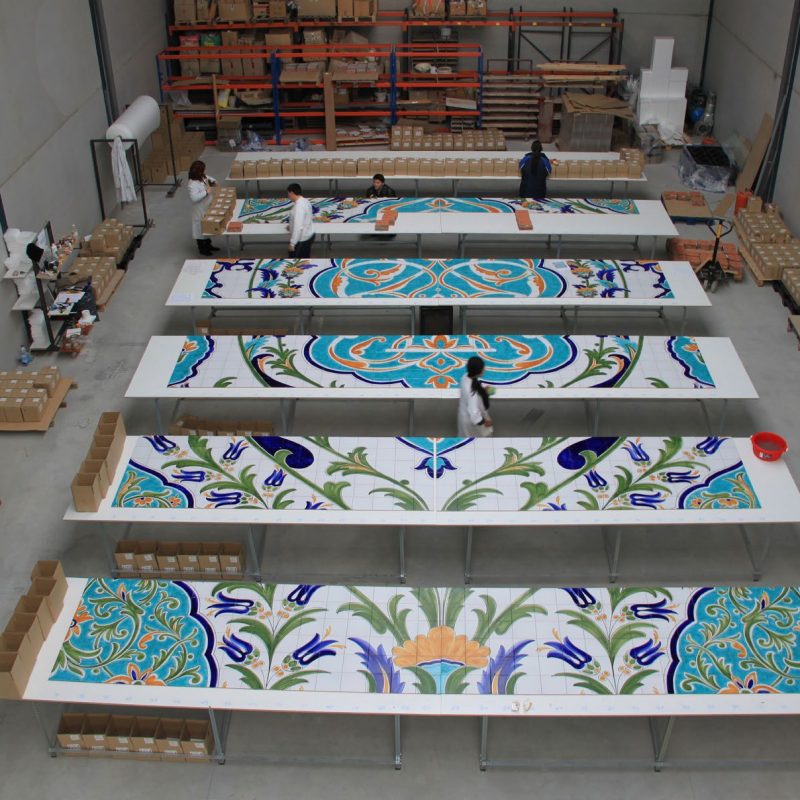 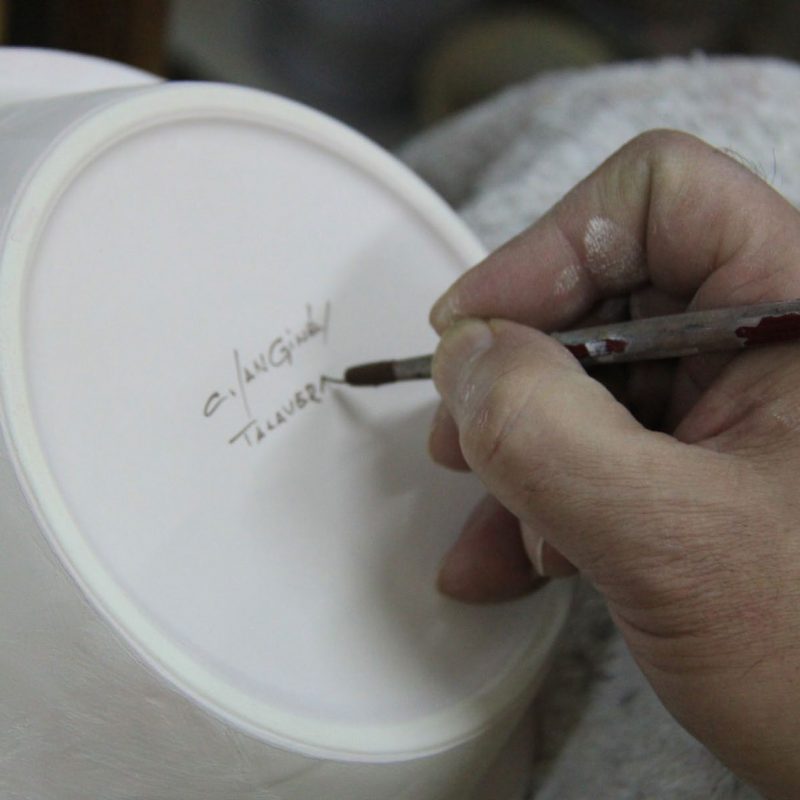 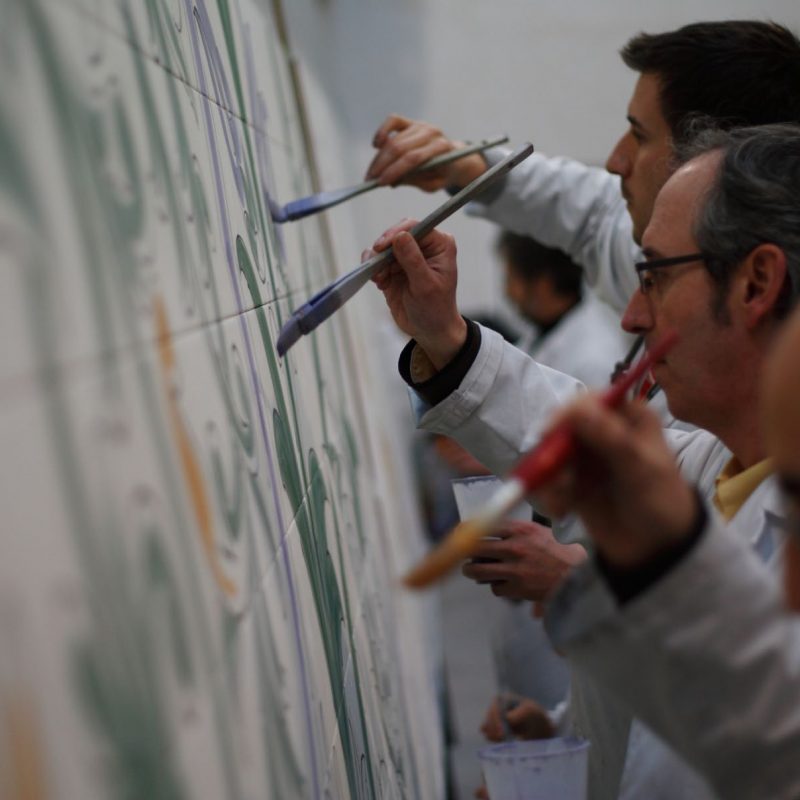 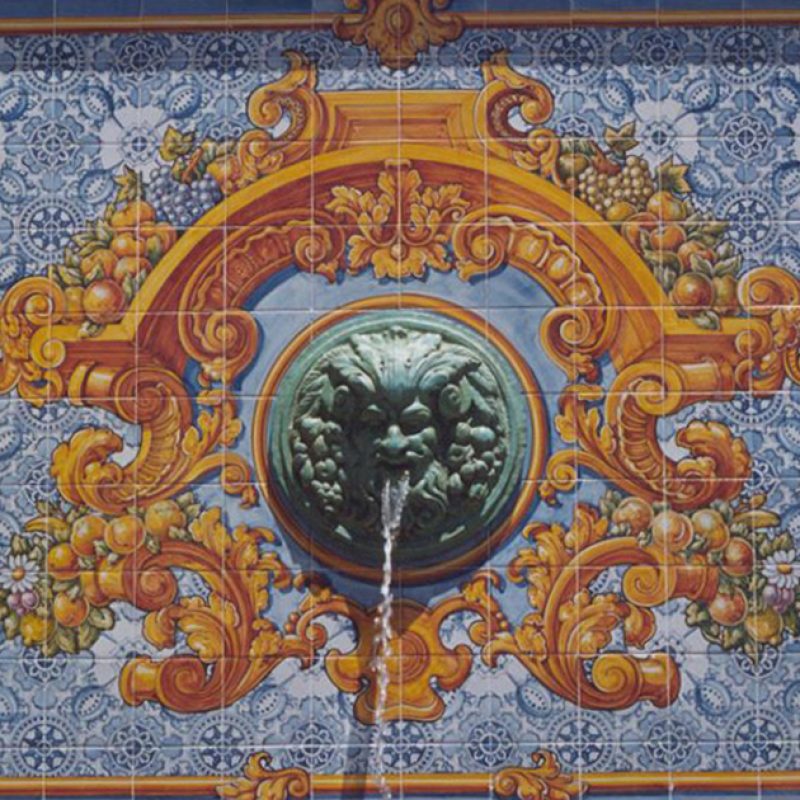