Rodrigo de la Torre carries out stonemasonry works and sculptures made out of stone in the field of the conservation and restoration of heritage. The basis of his craft is traditional, the Galician granite stone works from the second half of the 20th century, to which he has slowly introduced industrial tools to help him carry out the initial processes of any work. He carries out the rest of the process, above all the finishing, using manual tools.

Due to the fact that his main field of action is monumental conservation and restoration, the procedures, development and finishing of the works are very different from one to another, since they are always subordinated to the specific onsite needs.

He has also had a broad career as a workshop master, coordinating many teams of stonemasons. His priority has been dedicating his time and effort to the conservation of monuments, which has given him great practical experience in other types of works linked to stone and traditional construction: building works, carving of plasterworks, reintegration of decorative or sculptural elements both using natural stone and restoration mortars, copies of complete sculptures, handling and moving of objects of art, etc.

Since 2005 he has collaborated as an advisor in the study of the monuments prior to their restoration and in the design of constructive solutions with many investigation teams compelled by architects, historians, archaeologists, etc. He also carries out a continuous work of dissemination of different aspects of the profession through articles, talks and lectures, especially setting the focus on historical and technological aspects of the traditional art of masonry.

Partial studies on wood carving at the School of Arts and Crafts in Valladolid (Félix Torres). Studies on Masonry and Sculpture at the Escola de Canteiros in Poio, Pontevedra (Salvador Laredo). The rest of his training comes from the actual practice of the craft (by studying in depth each object which is subject of intervention).

Apart from his artisanal work, he delivers professional training courses – and other courses oriented to employment – as a teacher for the practical areas of the course in the Master in Restoration and as a teacher of the artisanal craft. He was also an instructor in the Masonry Workshop in the programme of the Schools/Workshops between 1986 and 1988. He is currently a teacher in the field of Carving of Stone at the CEARCAL.

He has worked as a workshop master, coordinating many teams of stonemasons, among which there were also apprentices to whom he was able to pass on his knowledge and experience.

Consolidation of stone elements of the bell tower La Limona, pinnacles and North Tower of the Cathedral of León.

Coordination and elaboration of stonework for the restoration of the arch giving access to the Monastery of Santa María de Huerta.

Restoration of the ribs and compartments of the vault which was damaged by the falling of the ceiling of the Church of Santa María, in Frómista.

Restoration of the Romanesque apse of the Church of Tresfuentes, in Valgañón.

Restoration of the façade of San Jerónimo of the Cathedral in Calahorra.

Restoration of the monumental coat of arms of the Hotel de la Reconquista in Oviedo.

Substitution of stone works and copy of ornamental and sculptural elements for the restoration of the Baroque façade of the Cathedral of Girona.

Management, coordination and manufacture of the stone works for the Baroque Tower and the Gothic portal of the Church of Santa Catalina, in Valencia.

Restoration of the Roman Arch of Medinaceli.

Reconstruction stone works for the parapets of the bridges crossing the streams Guatel I and Guatel II in San Lorenzo de el Escorial.

Restoration of the Portal and the large Llotja belonging to the Cathedral of San Pedro, in Jaca.

Disassembly, assembly of tracery and substitution of degraded elements belonging to the Caballeros Cloister of the Monastery of Santa María la Real, in Nájera.

Restoration of the façade of the Church of San Pablo, in Valladolid.

Reconstruction of the ribs of the ribbed vault of the Velasco Chapel of the church belonging to the Monastery of San Francisco, in Guadalajara.

Replica of the monumental coat of arms of the Archivo de Protocolos Notariales, in Madrid.

Reconstruction works of the tracery of the rose window of the tympanum of the Portal of the Cathedral of Ávila.

Moving and reassembly of the Plateresque Portal of the Library of the Basilica of San Isidoro, in León.

Within the chapter of technical studies it is worth highlighting the technological-constructive characterization of monuments as important as the Cloister of the Cathedral in Pamplona, the Royal Mausoleums of the Monastery of Santes Creus, the Façade of the Escuelas Mayores of the University of Salamanca or the Pórtico de la Gloria of the Cathedral of Santiago de Compostela, in whose projects he has been actively taking part since the year 2010. 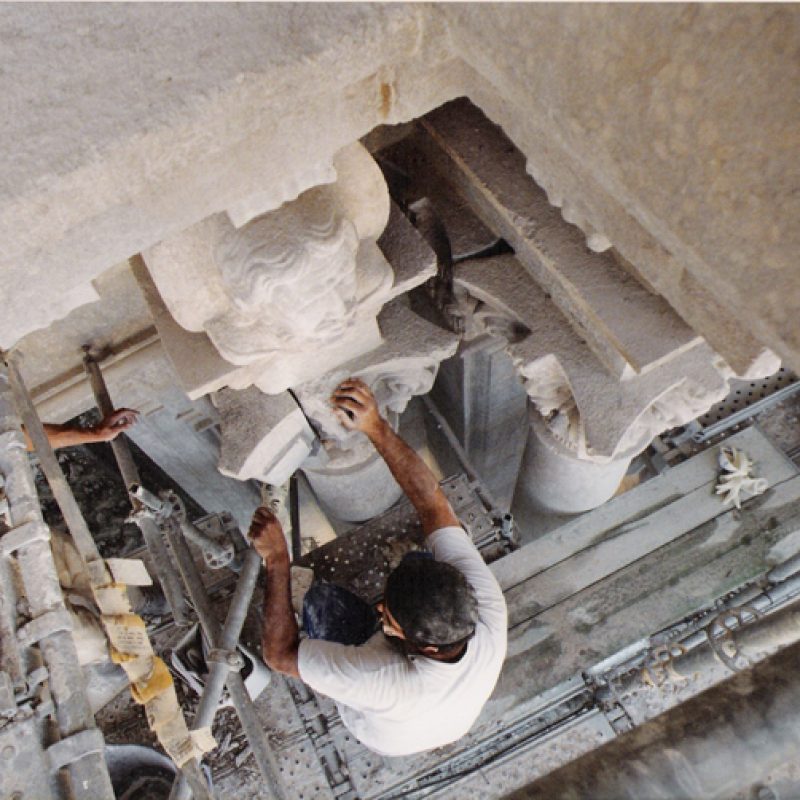 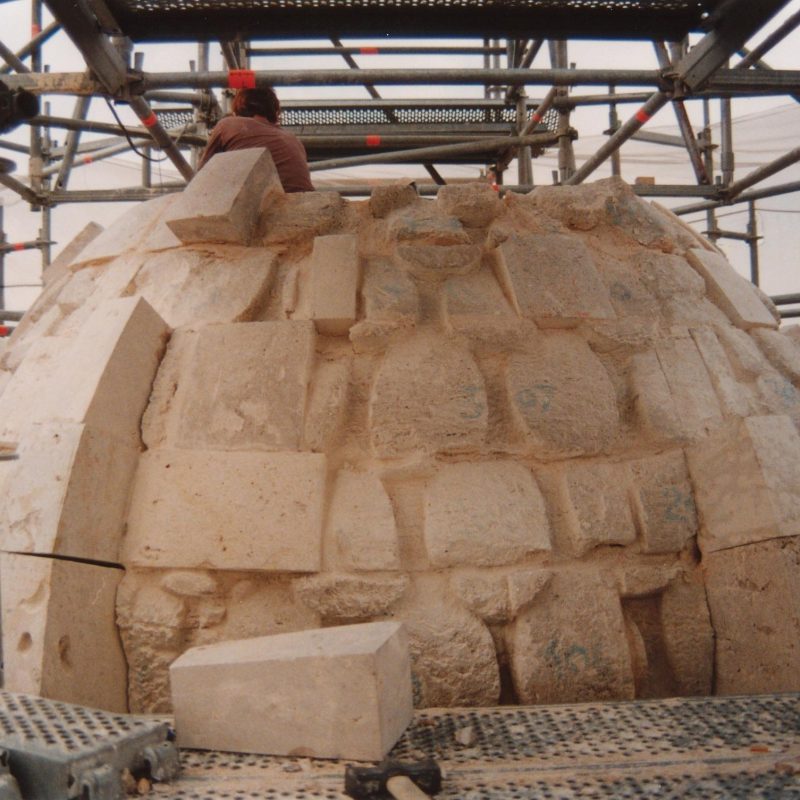 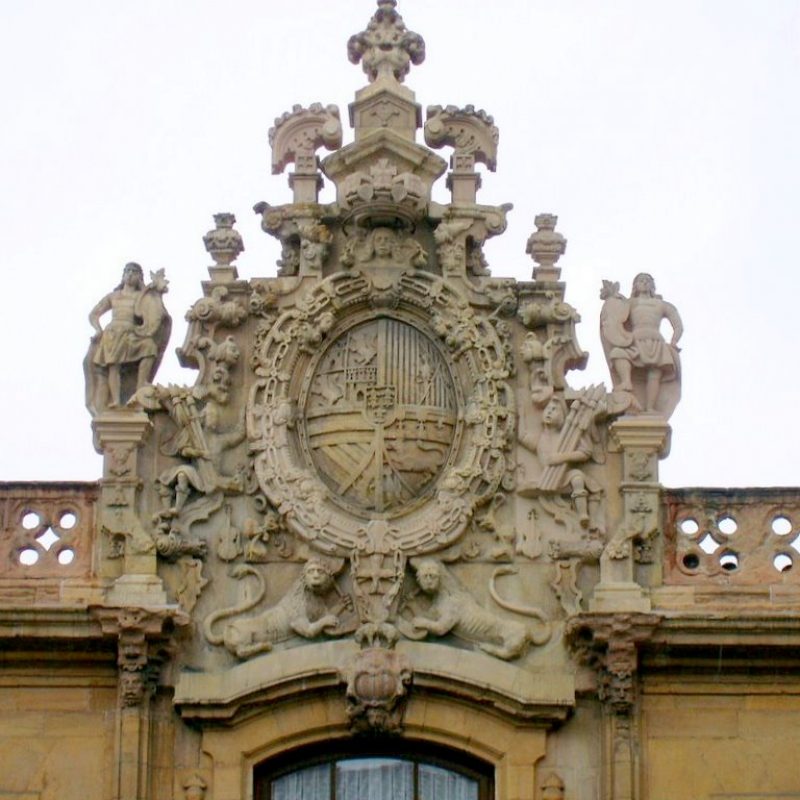 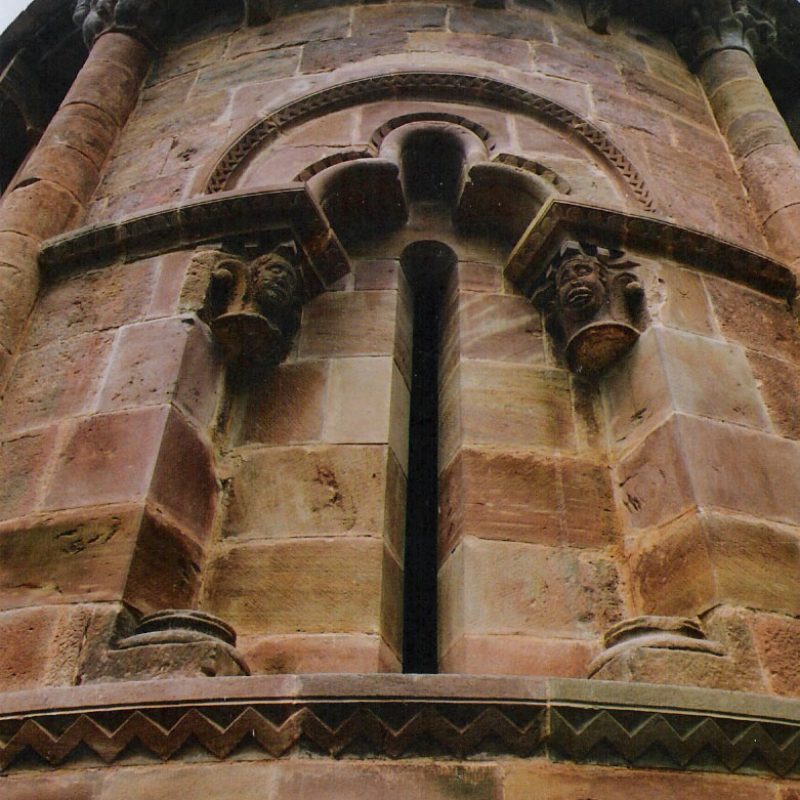 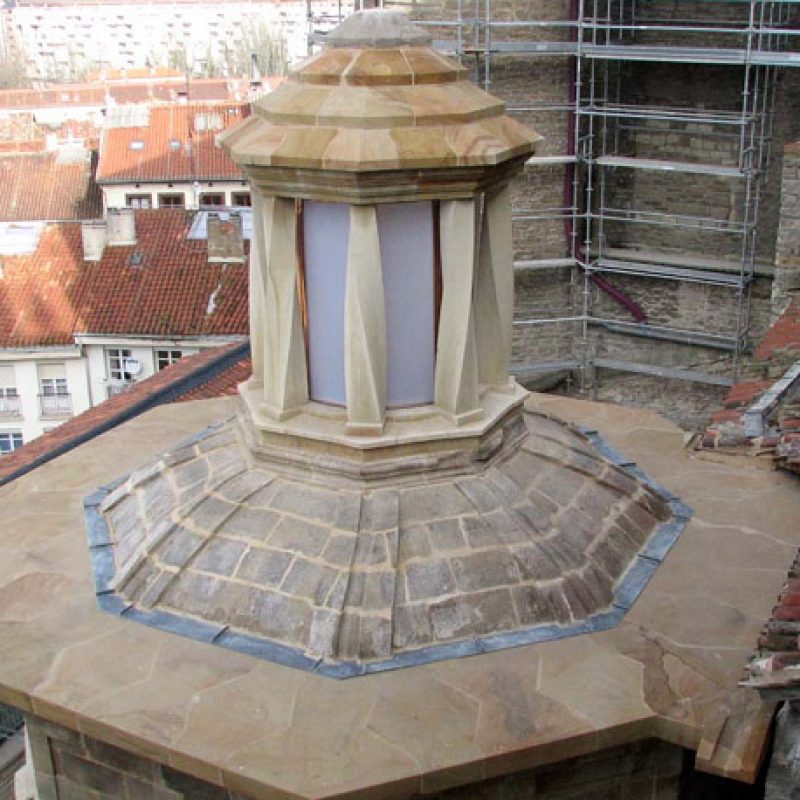 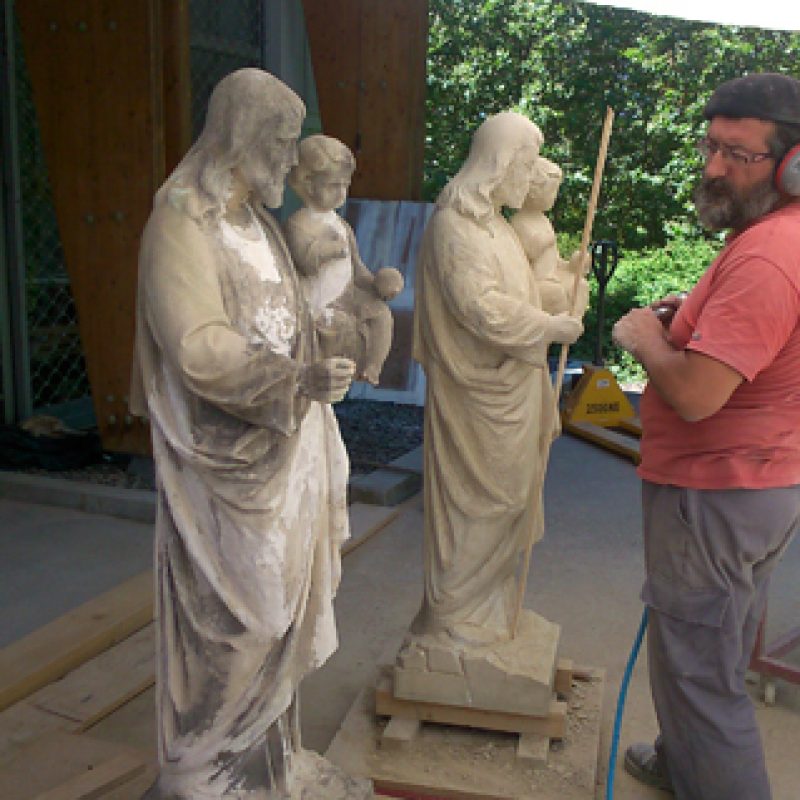 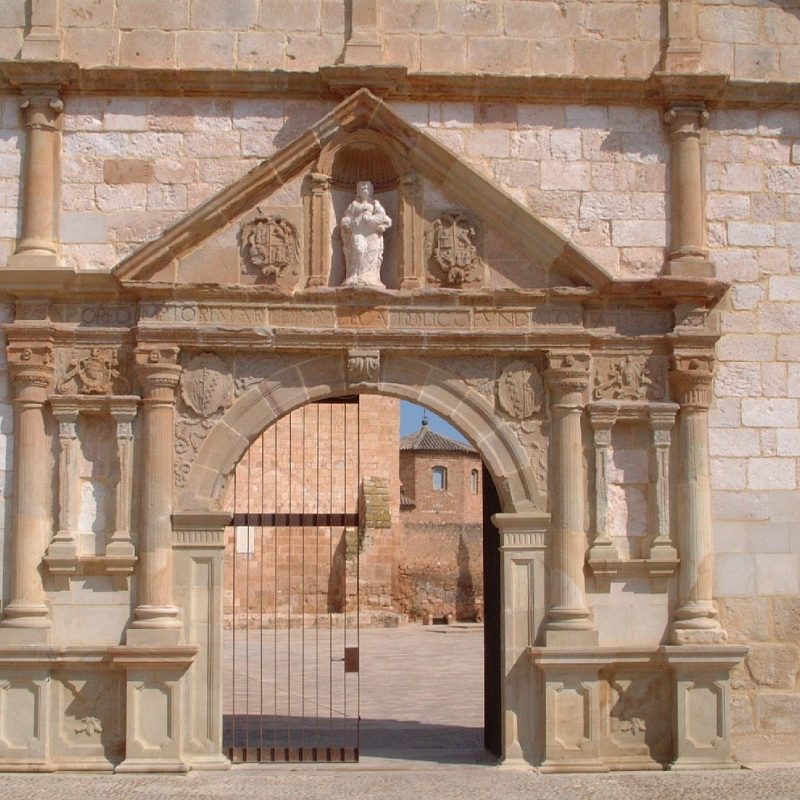 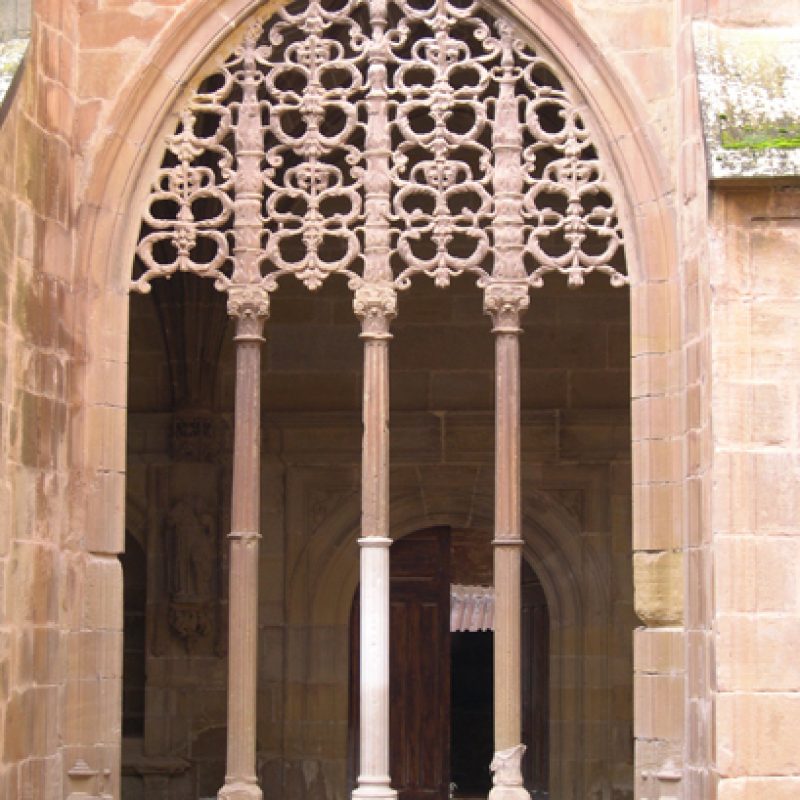 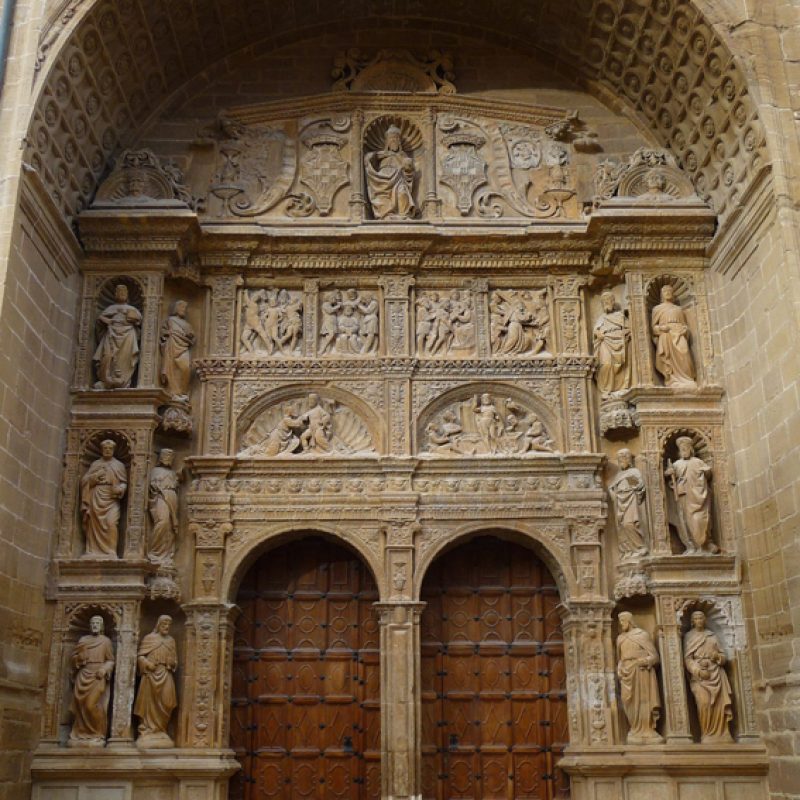 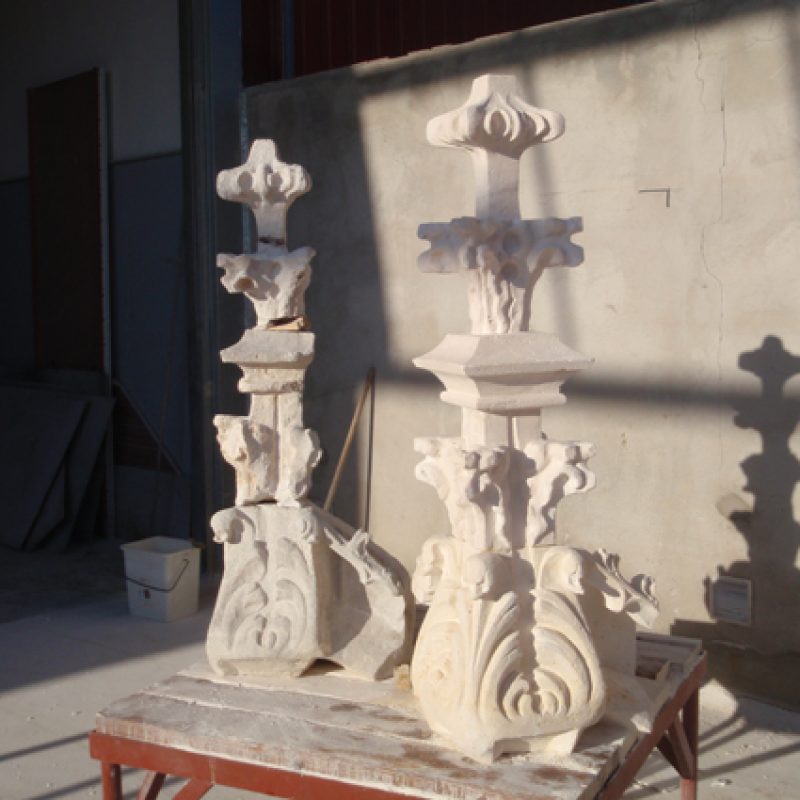 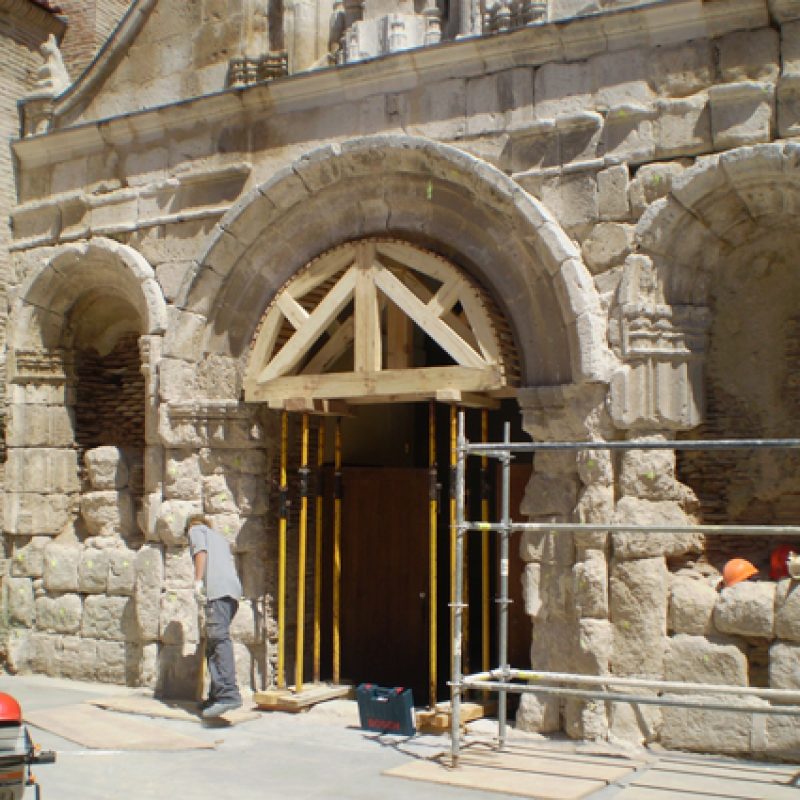 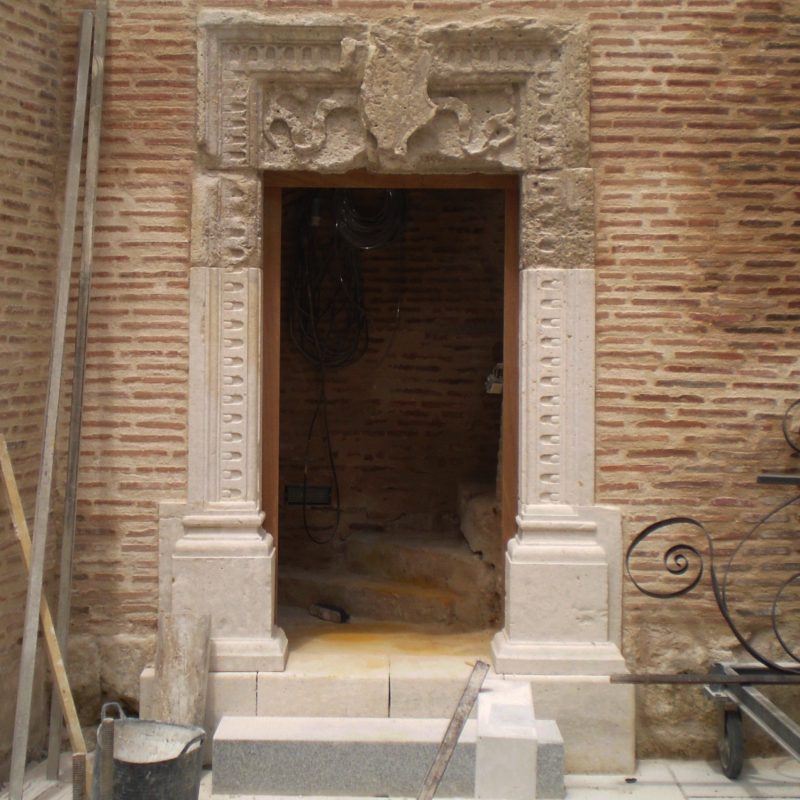