Forja Toledo is a workshop specialized in the field of forge since 1903 thanks to the effort and vocation of three generations of master blacksmiths.

In these over 100 years of work they have carried out and fulfilled many commissioned projects. In the last period, with Juan Antonio as the head of the workshop, they have provided service for entities as important as Patrimonio Nacional, the Real Academia de Bellas Artes de San Fernando, the Real Academia de Bellas Artes y Ciencias Históricas de Toledo, Banco Santander, Banco Nacional de México and the Red de Museos Nacionales of Spain.

Their works – where both the family tradition and their vocation remain visible – can be found throughout Europe, Latin America and the United States. They cover all sorts of pieces manufactured in forge such as:

– Gates and wrought iron grilles, from different styles which go from Romanesque to Gothic or Renaissance. It is worth mentioning the wrought iron grilles for the Main Altar of the Santa Iglesia Catedral de Santa María la Real de la Almudena, in Madrid.

– Lamps and lanterns, which we can find in buildings of great architectural singularity, such as several buildings belonging to Banco Santander, the Cathedral of Panama or the Cathedral of Santa María la Real de la Almudena, in Madrid.

– Processional candle holders and other unique elements, which have been incorporated into collections as notable as the one of Great Masters of the Hispano-American Art and Culture.

They have also carried out restorations of different wrought iron grilles and certain unique elements throughout Spain, being probably one of their most notable interventions the one taken place at the Cathedral of Santa María in Toledo or those carried out at the Real Academia de Bellas Artes de San Fernando, in Madrid.

During the last years he has been training anyone who asks him to do so. From the moment he started until now several people of different nationalities and fields have attended his workshop. Eugenio and Fernando, since they were 14 and 15 years old, have carried out their professional career at the workshop. Today, both are well-known and respected blacksmiths with a vast experience after their many years of carrying out the craft.

Wrought iron grilles of the Main Altar and lamps for the Cathedral of Santa María la Real de la Almudena, in Madrid.

Restoration and conservation of the wrought iron grilles of the Cathedral of Santa María, in Toledo.

Lamps for the Cathedral of Panama. 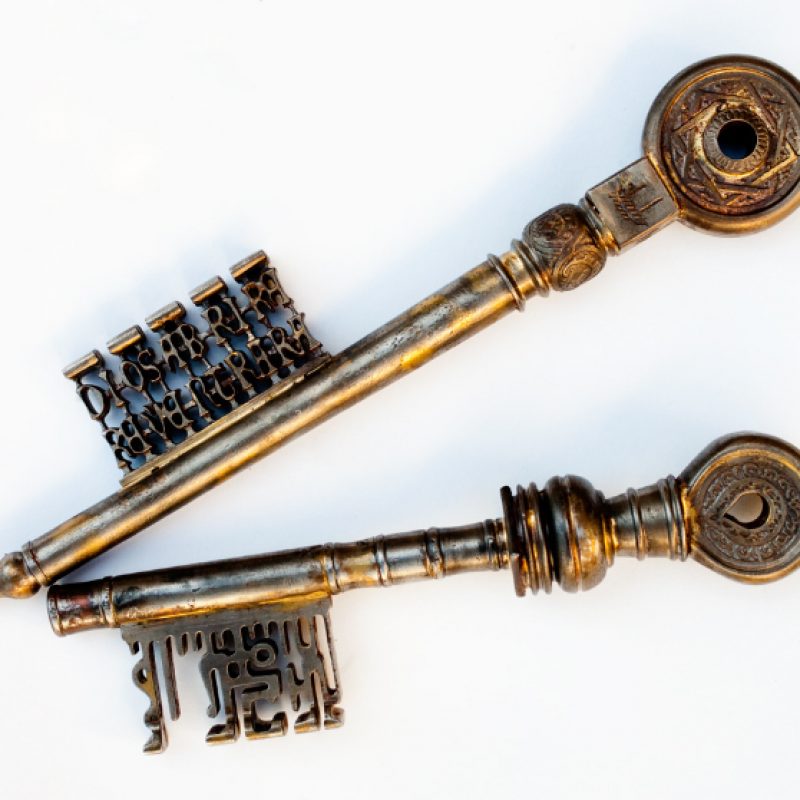 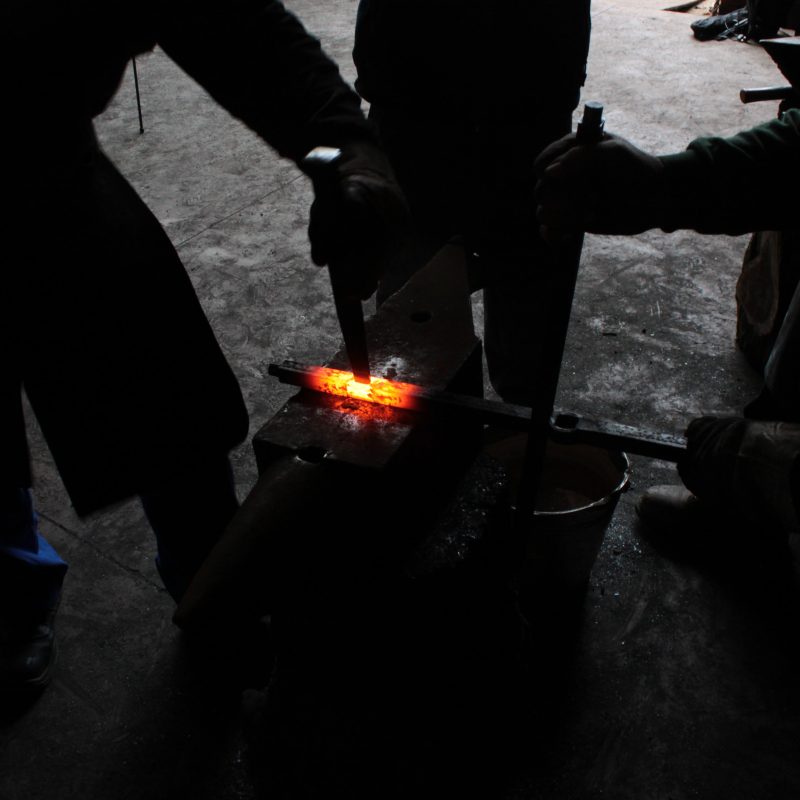 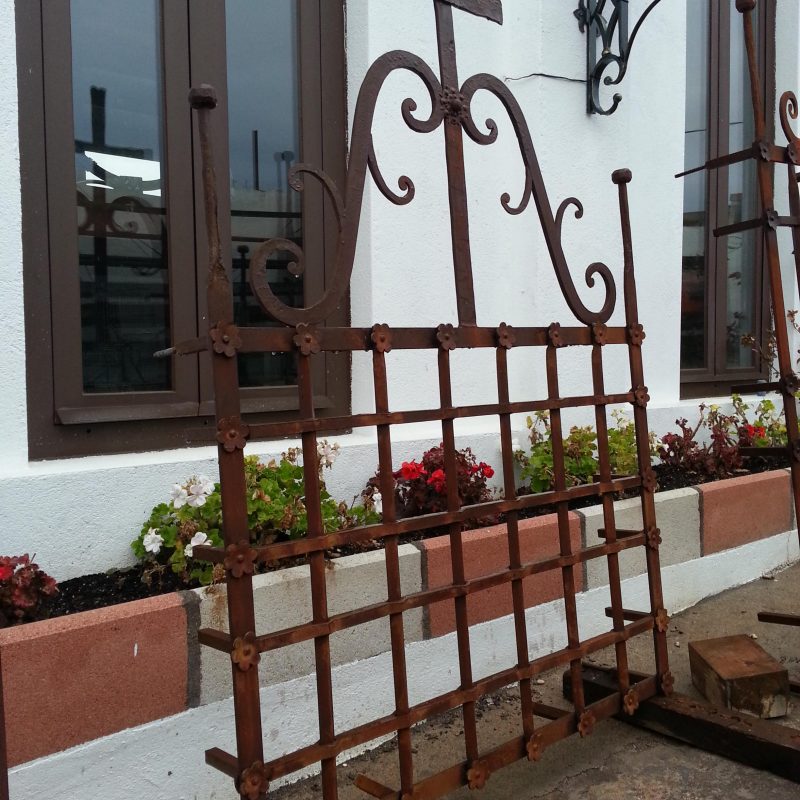 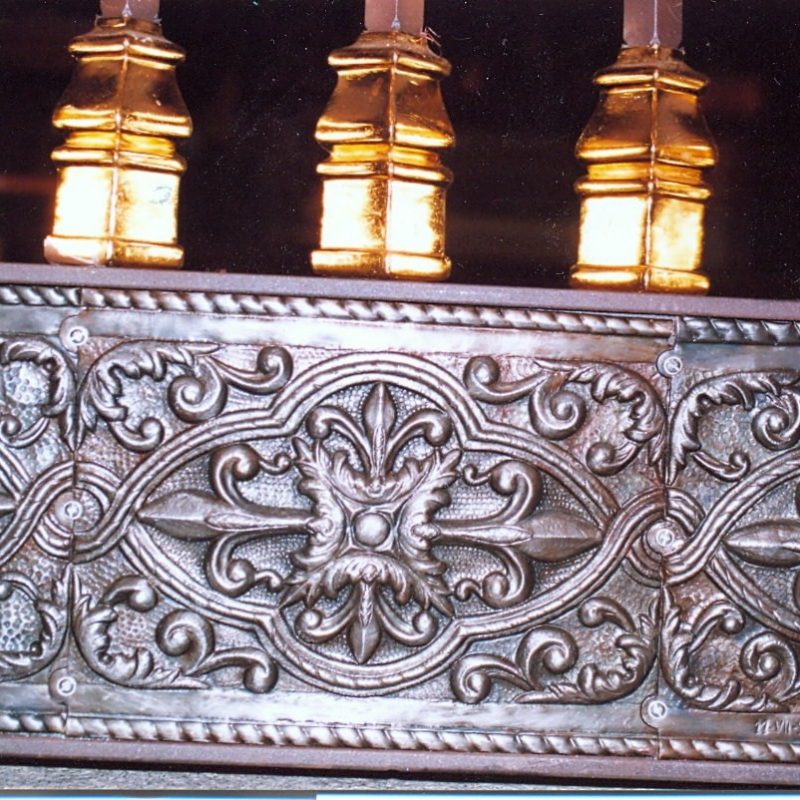 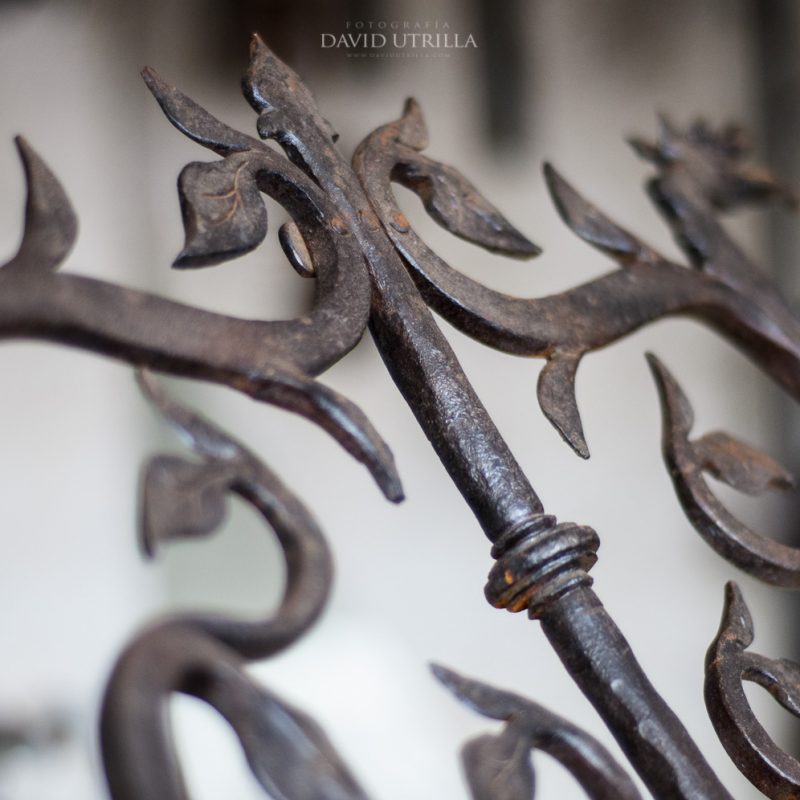 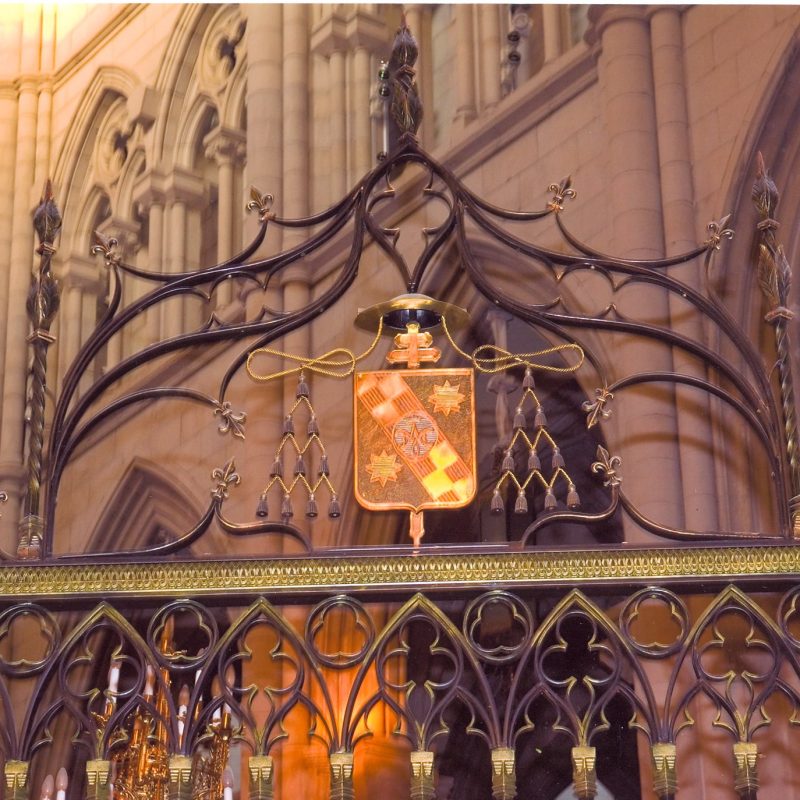 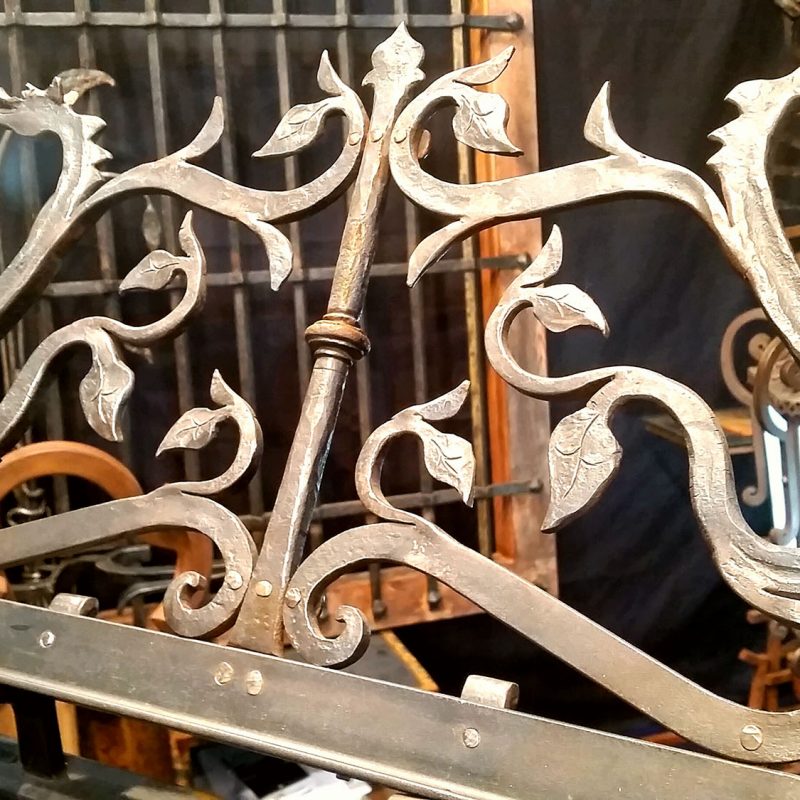 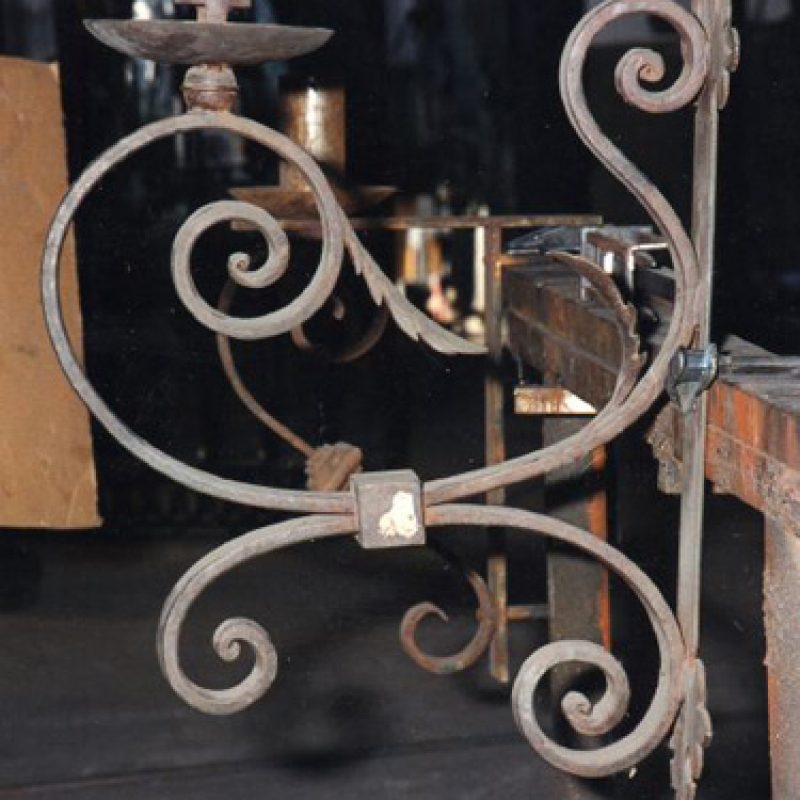 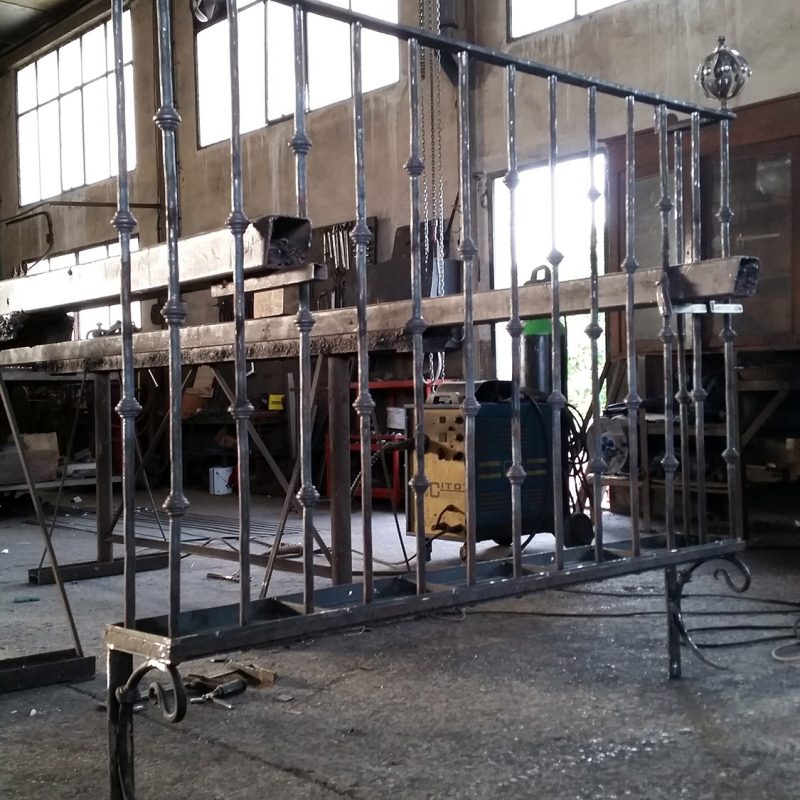 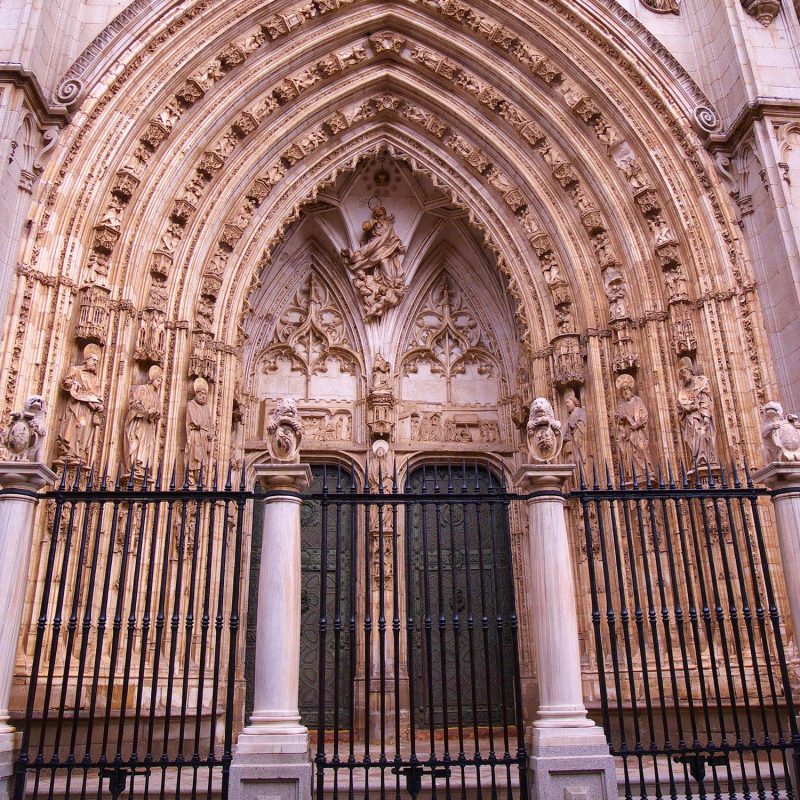 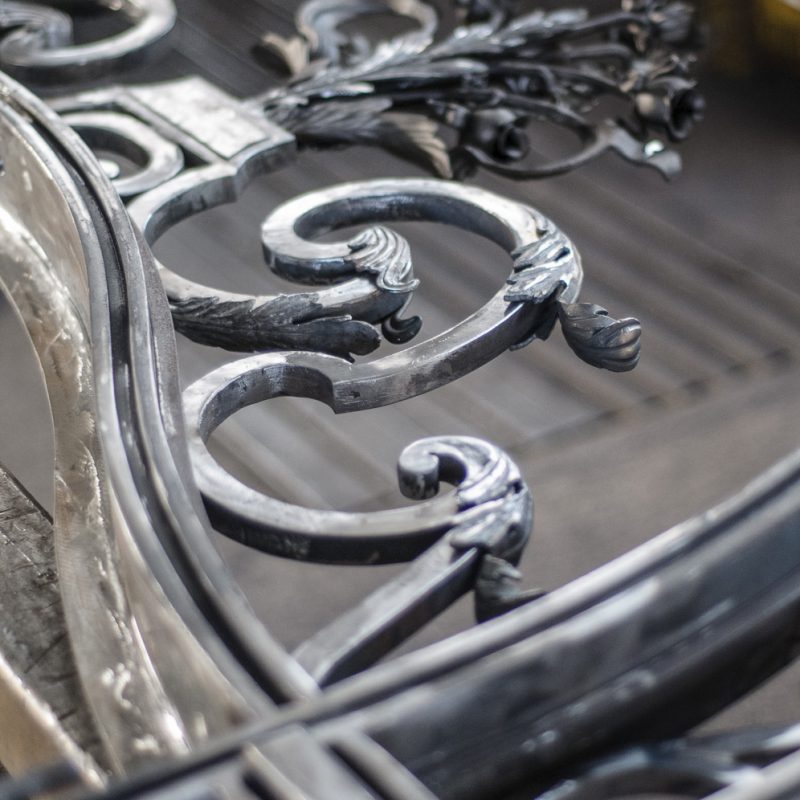 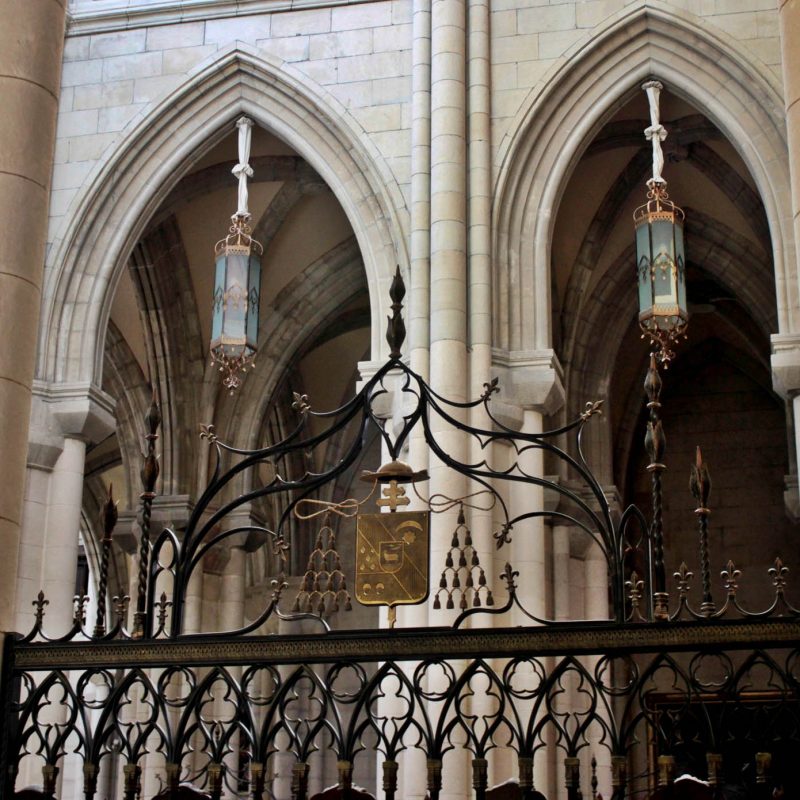