The workshop is dedicated to the manufacture of mosaics of new creation and also to the restoration of them. They also produce other archaeological goods and carry out copies of archaeological pieces.

For the manufacture of mosaics of new creation they use the same technique which was used by our Roman ancestors. Even if for some time it fell into oblivion, this workshop has rescued this completely artisanal craft, using the same tools and materials they used at that time.

The process is the following: parting from natural stone (marble, limestone, sandstone) and also ceramics or glass, small tiles between 2 and 10 mm are created and cut manually with an anvil and a hammer. Then a drawing’s negative is elaborated on paper, and on top of it, with carpenter’s glue, one by one the small tiles are glued to it. Later on, once the tessellation is complete, it is consolidated with the aid of a mortar made of cement and sand. After several days, it is lifted up and turned round. With the aid of brushes and water, the remains of glue and paper are eliminated. The finishing is carried out with a special wax for stone.

The major part of this task is completely artisanal and ecological since the products which are used are natural ones.

The other branch of the work which is carried out in this workshop is the restoration of mosaics. The standardized procedure for this is the following: In the first place, it is necessary to dry and clean the surface. After that, it is wet-cleaned and then another cleaning of the calcareous concretions is carried out. Once this process is done, they proceed to the restitution of certain parts of the mosaic and the reintegration of tiles in the gaskets of the plaques. As the last step, they carry out one final cleaning of the surface and add a protection layer.

After that, in 1999, Luisa qualified in a Higher Level of Education Training course on Applied Arts and Mosaic Design at the School of Art in Mérida. She also carried out the Executive Master for Craft Designers in the year 2015, organized by the Escuela de Organización Industrial in Madrid. In that same year the Regional Government of Extremadura awarded her the title of Master Craftswoman, being the first woman to obtain such a title.

She started her professional career collaborating with her father’s team in the creation and restoration of mosaics such as those of the: Roman Villa of El Pesquero, Badajoz; Roman Villa in San Vicente de Alcántara, Cáceres; Villa de la Finca Sevillana, Esparragosa de Lares, Badajoz; Archaeological excavations in Lugo; and Villa del Olivar del Centeno, Millanes de Mata, Cáceres. From the year 1985 to the year 1990 she worked placing and carrying out the restoration of mosaics in the National Museum of Roman Art in Mérida. Since then, she has continued working in the same field until today.

Luisa has been a workshop teacher at the School of Arts and Design in Mérida from 2005 to 2015. She has also given different courses with the aim of transmitting the knowledge she has in her craft.

Apart from the aforementioned:

– Several mosaics of new creation for façades and architectural interiors.

– Flooring of the Casa do Infante in Oporto, mosaics of new creation parting from the Roman model.

– Fragment of a Cosmogonic mosaic for a private client.

– Tutoring of works of students from the School of Arts and Design, in Mérida. 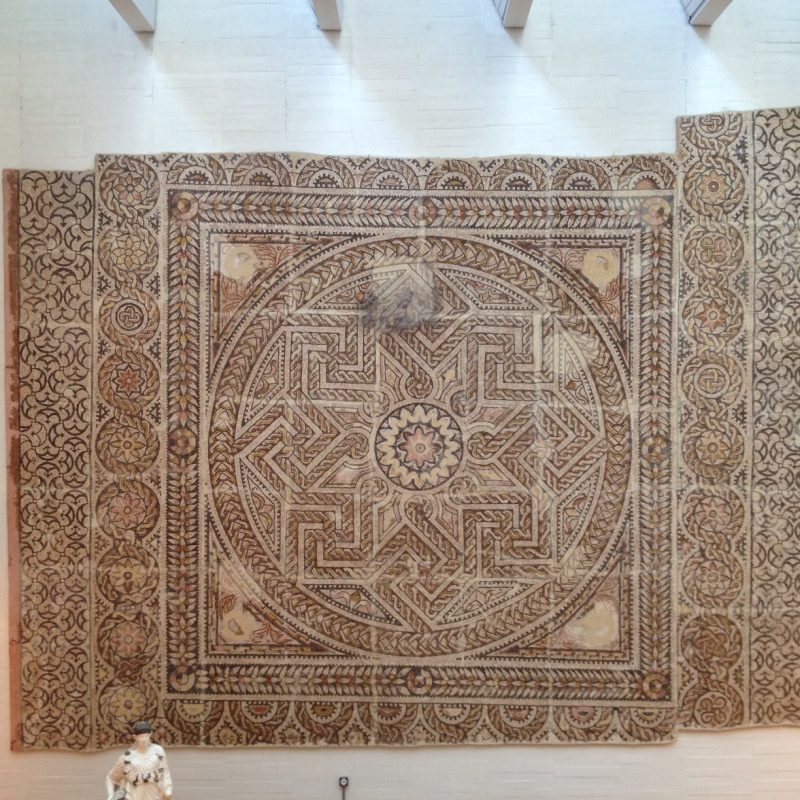 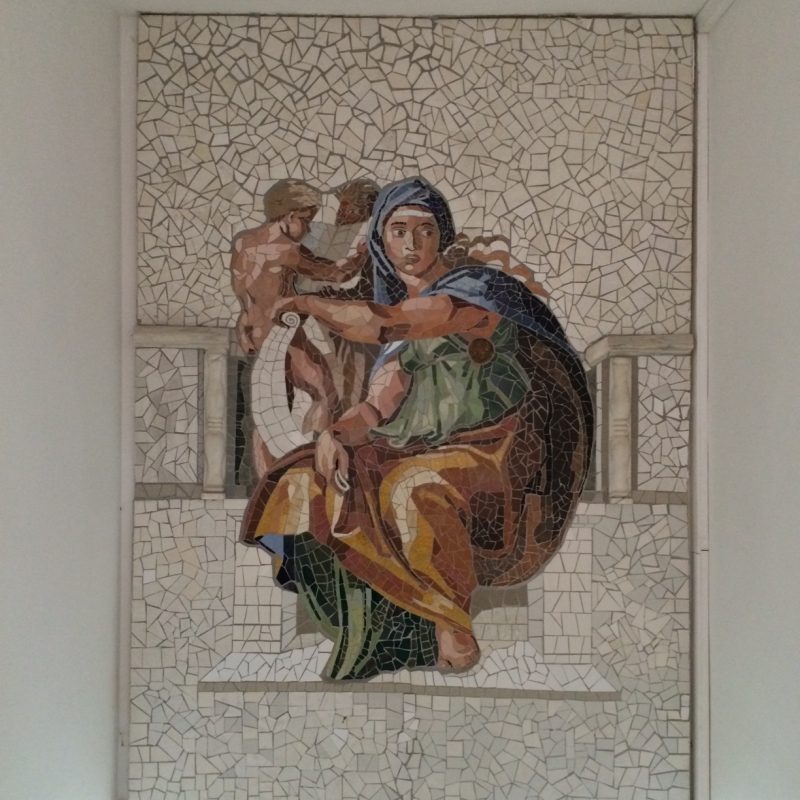 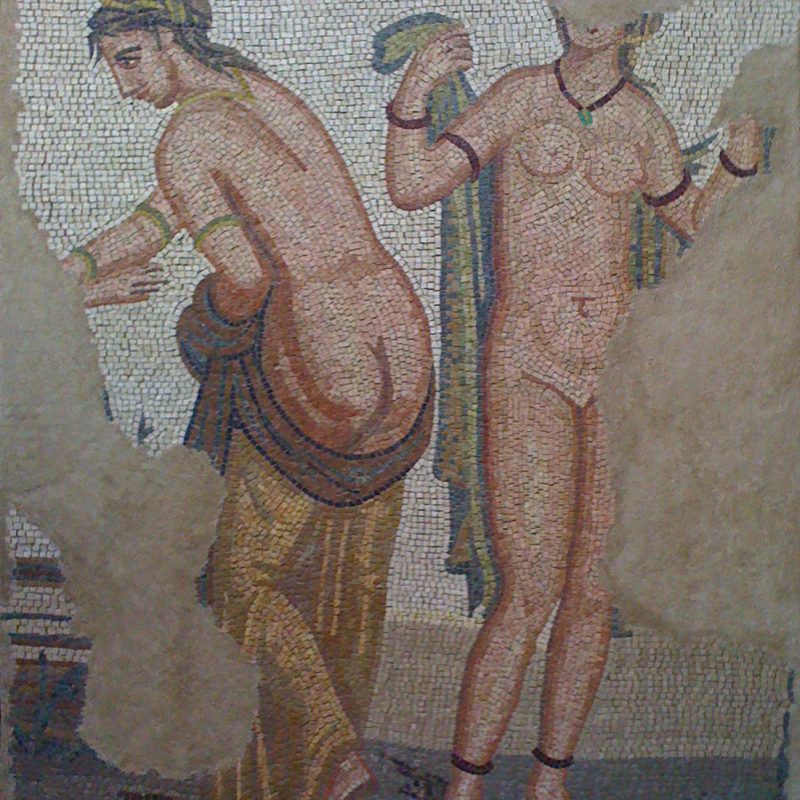 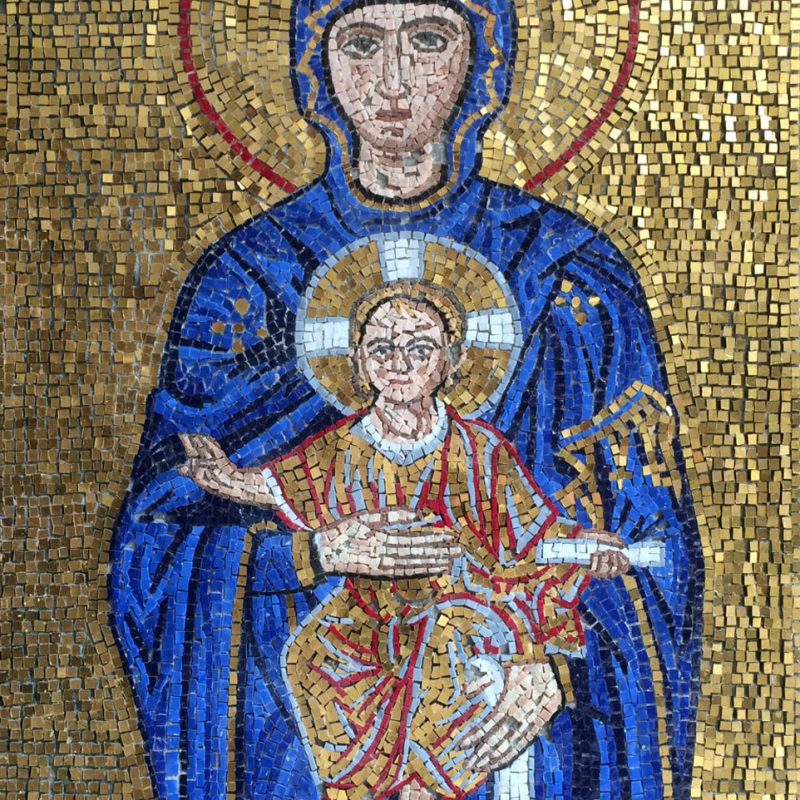 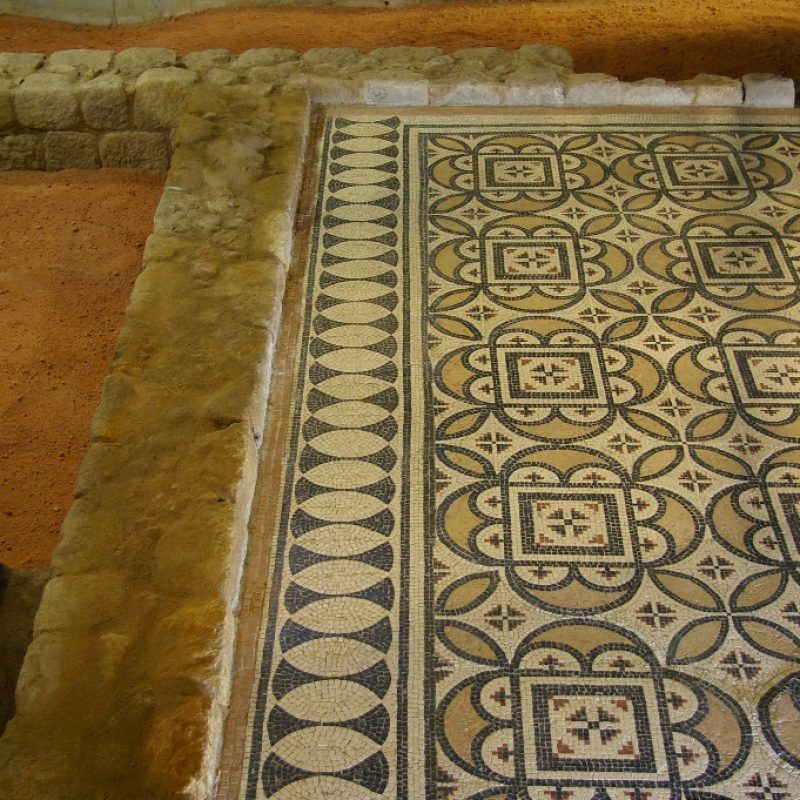 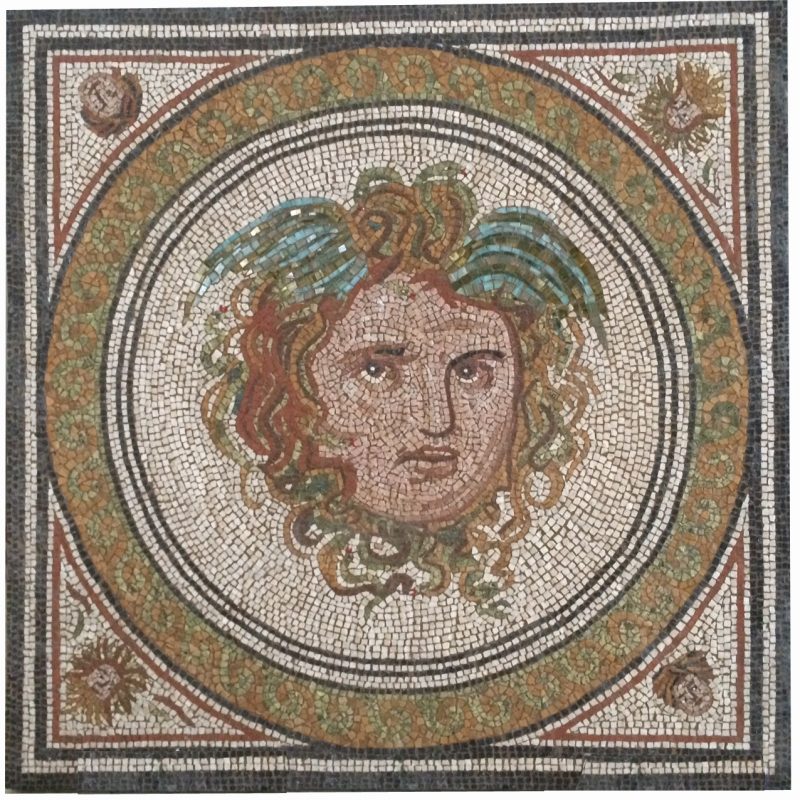 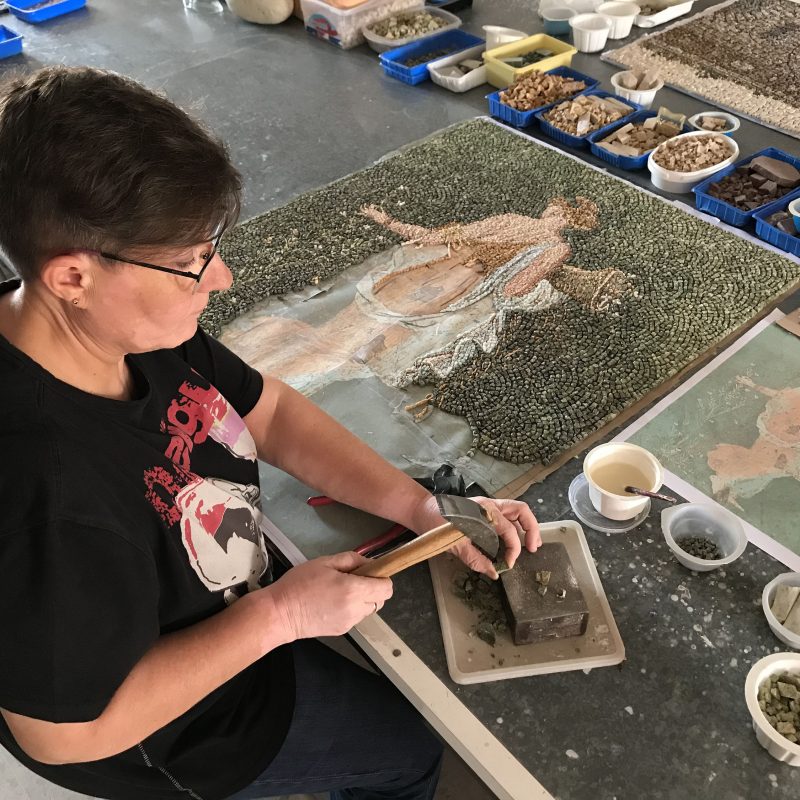 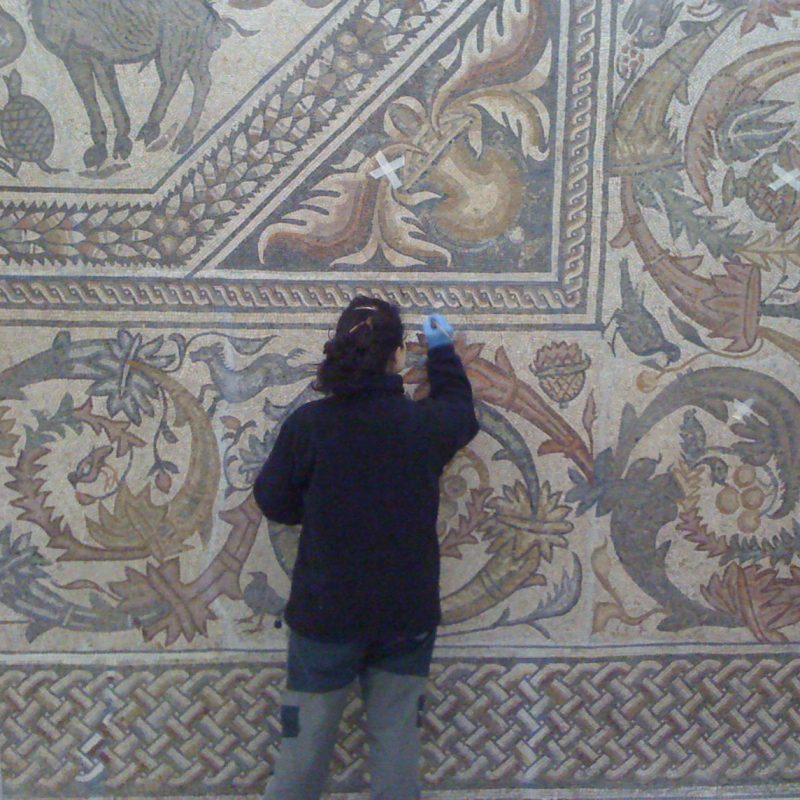