Valeriano Jaurrieta works with natural stone in the locality of Olite, in a workshop he runs together with his wife. In this workshop, they extract the stone from the quarry in blocks, and then the cutting and roughening of the stone is carried out with modern tools. Parting from these blocks, the carving and manual work of the artisan comes in and takes the protagonist role. This implies onsite measuring, the drawing of templates and the elaboration of pieces such as sculptures, coats of arms or replacement of old pieces, columns, gargoyles or pinnacles in religious or civil buildings. In the field of the replacement of elements, Valeriano has worked hard in order to create replicas of stone pieces for various restoration works for monuments in Navarra.

He had a modest start as an apprentice in the courses offered by the Town Council in Olite, delivered by a master stonemason. He continued training in masonry for three years until his interest in it became so big that he decided to make it his profession. He then decided to abandon the work he had had until then – he was working for the Government in Navarra – to start together with Agustina Rodríguez the project Taller de Cantería Jaurrieta. Today, he continues to work in this small workshop, carrying out a work he considers “very hard but gratifying, at a moment when it is increasingly difficult to be part of this world of artisans”.

Church in Sangüesa: mouldings.
Church of San Pedro in Olite: gargoyles and balcony.
Castle in Olite: window with the hallmark of Carlos III.
Tower in Uriz: arches, windows, doors. 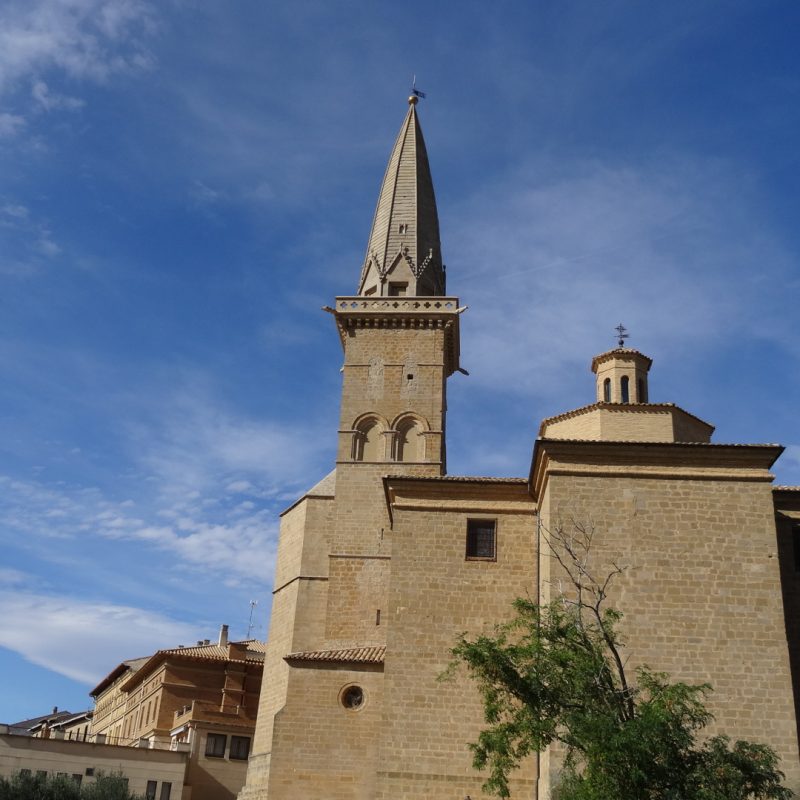 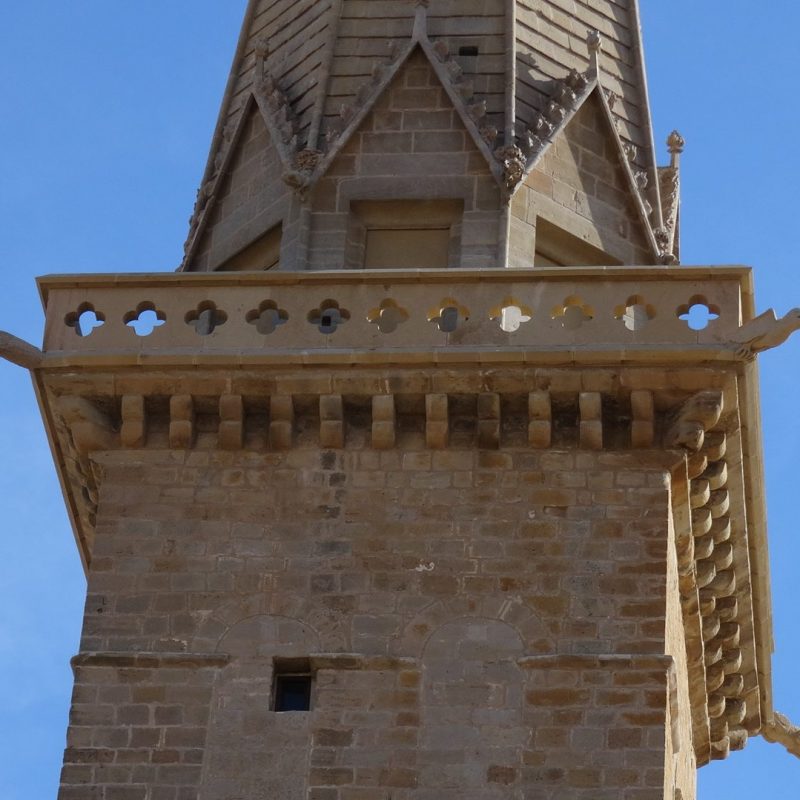 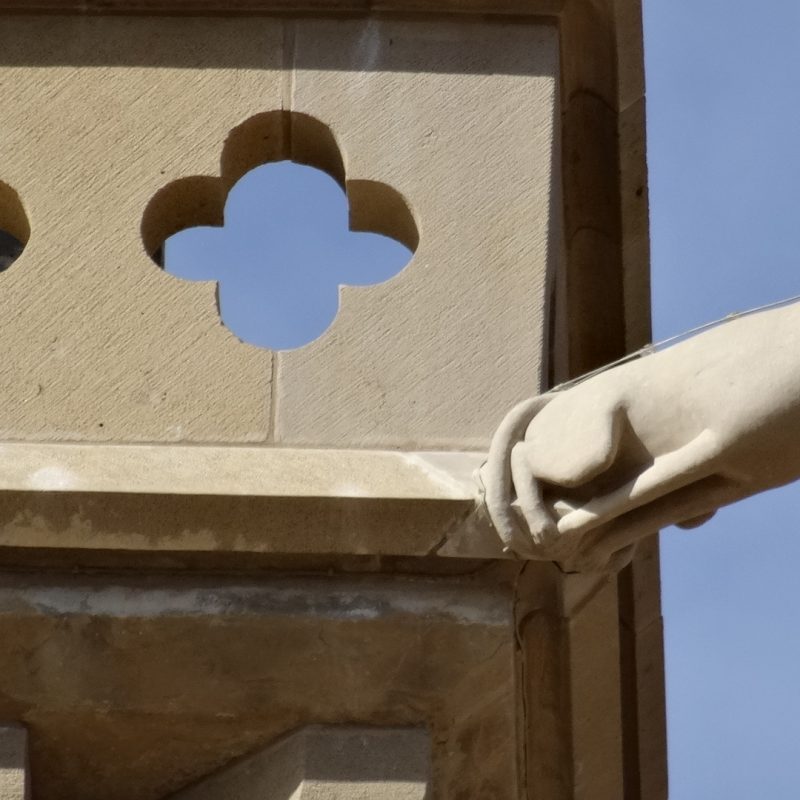 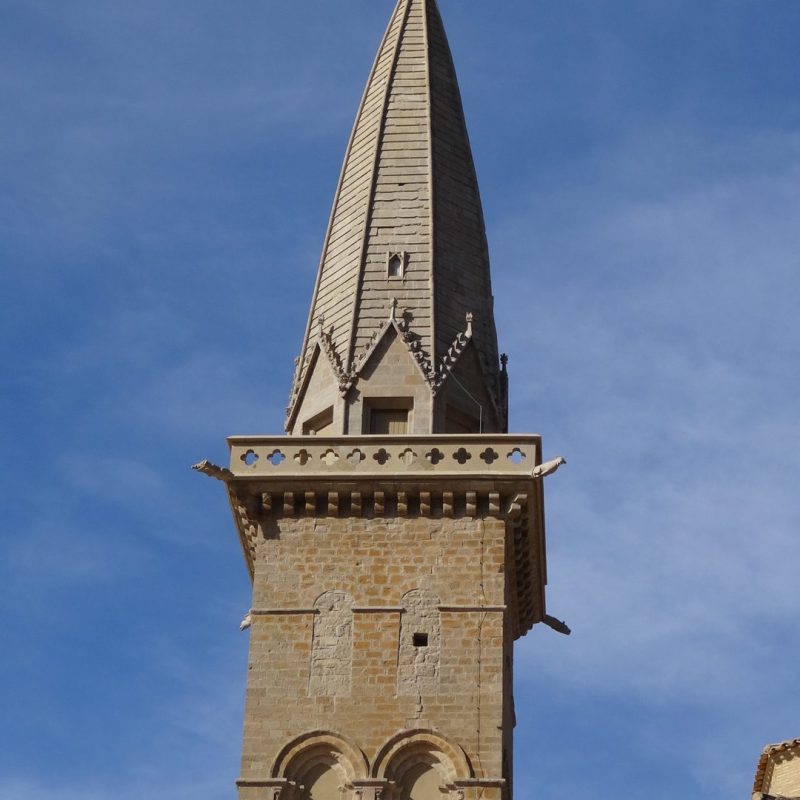 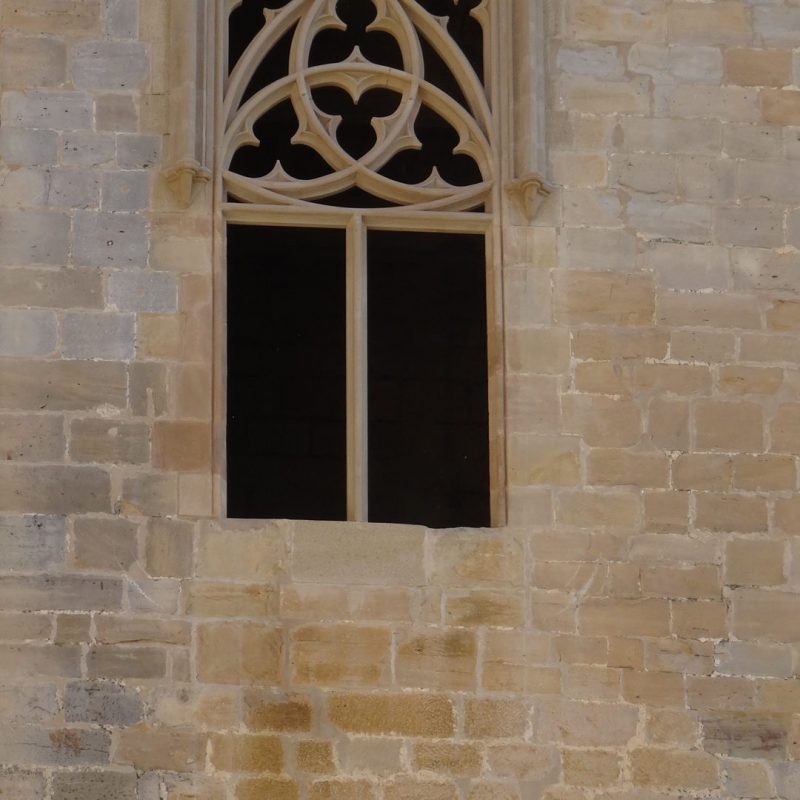 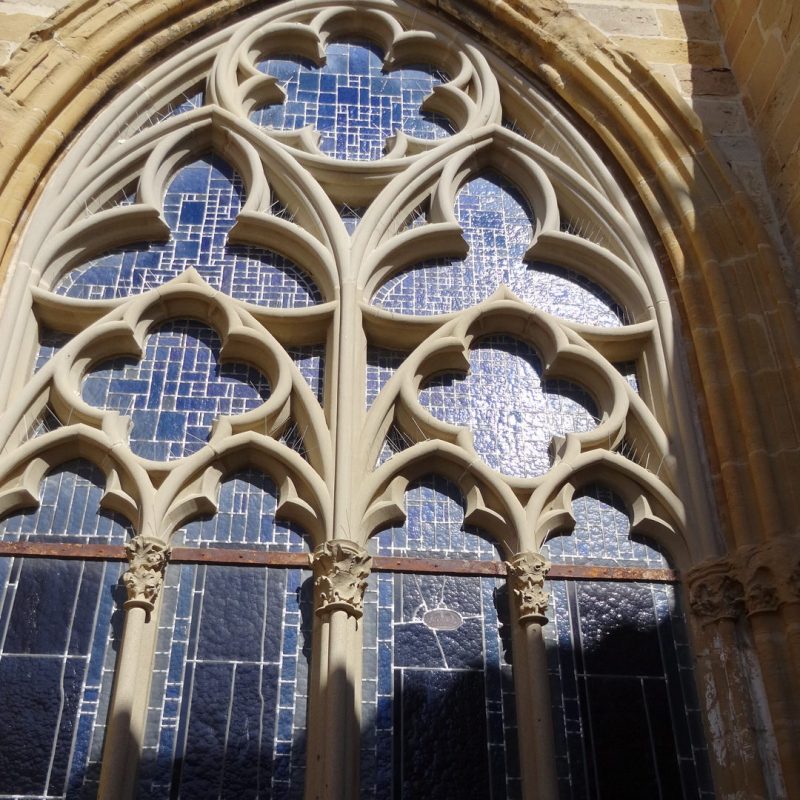 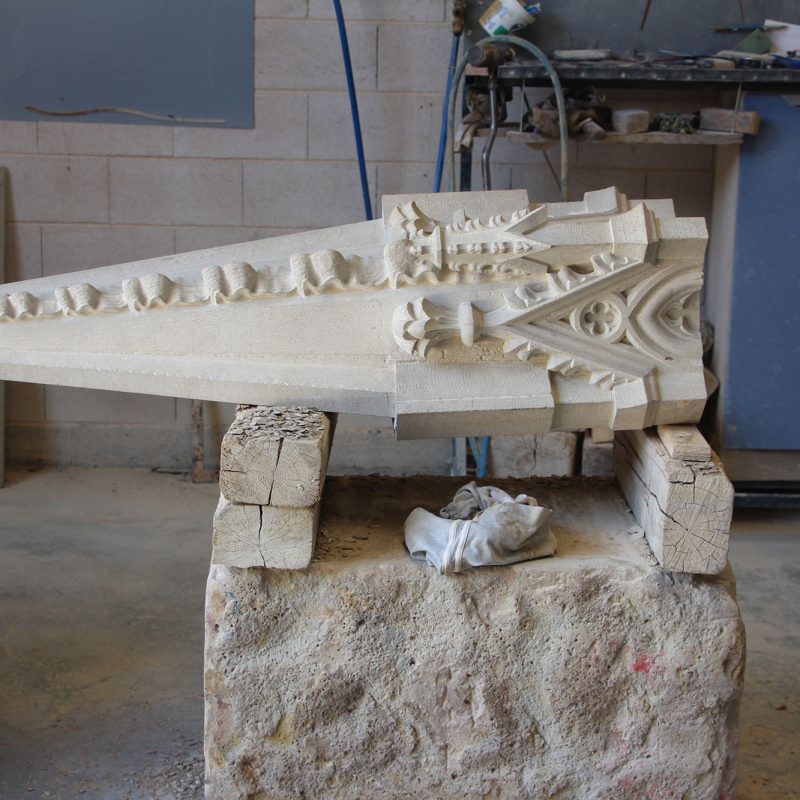 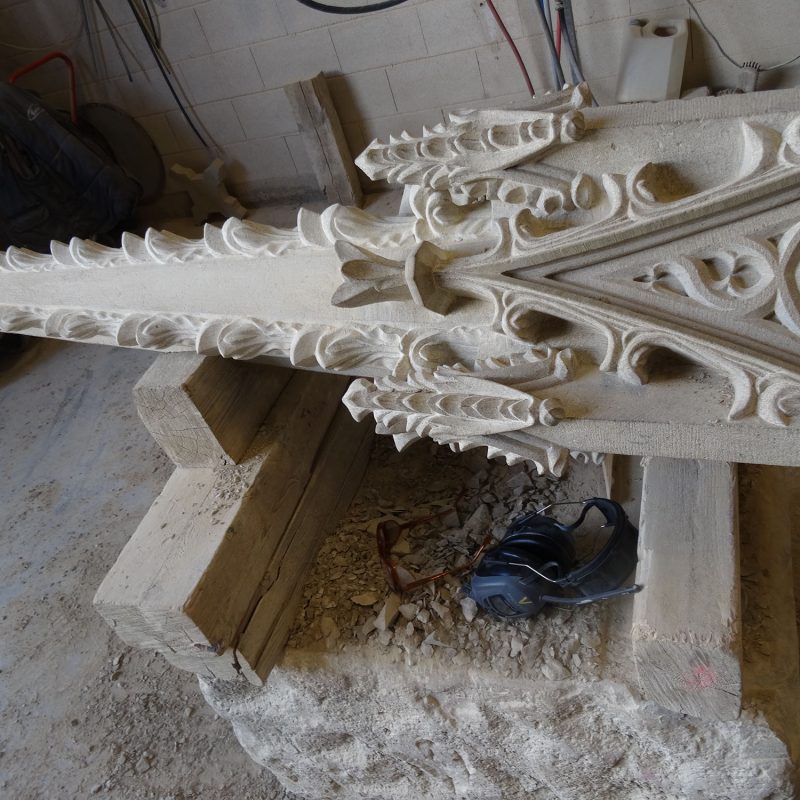 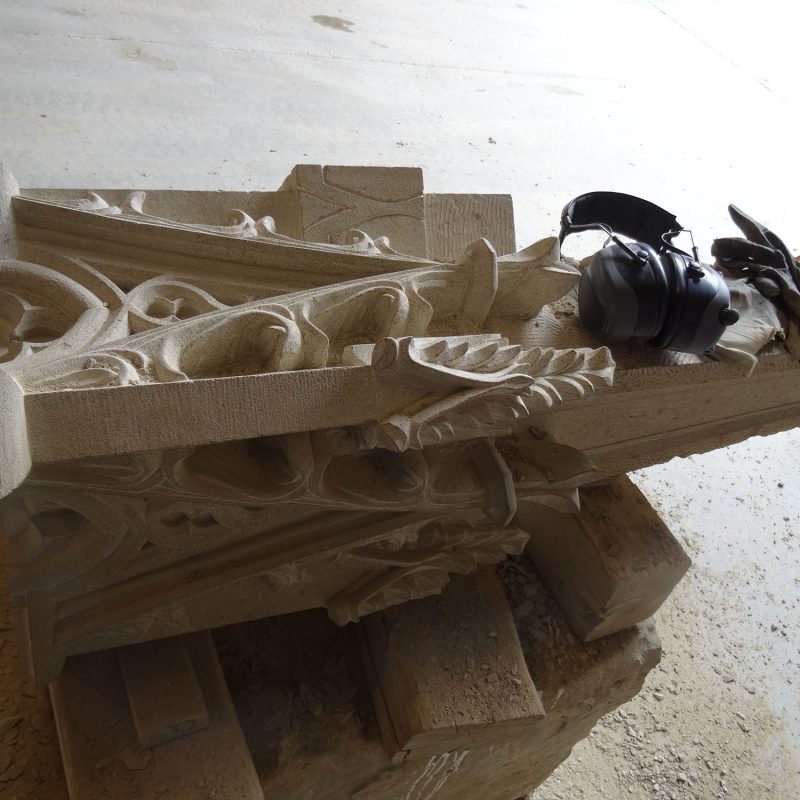 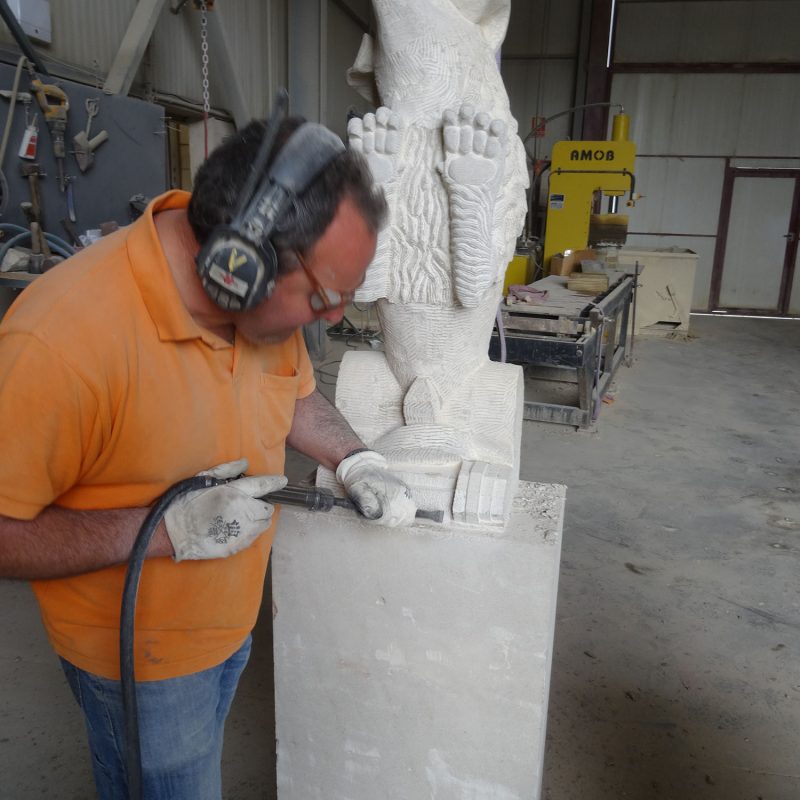