Andrés Garbino Decoración works both in rehabilitation of historic buildings and other works which mean the creation of finishes carried out with traditional techniques.

His main field of action is in the many uses that lime has as a construction material. The extremely extensive range of possible uses of lime covers the entire history of fresco painting, including its traditional prevalence as an agglomerate in factories. The goodness in lime putty for current construction can be proven by its results, the millenary experience of its usage, its versatility, the fact that it does not produce harmful salts, its elasticity, its good performance in terms of retraction, the fact that no more additives – apart from aggregates – are necessary for the design of its texture and pigmentation and that it will leave as unnecessary the use of any sort of finishing paints. However, above all its properties, is the fact that, historically – and until such widespread usage of Portland cement – it was the favourite cementing product used by humanity in that expression of culture that is the art of building.

They mainly carry out:

– Lime stuccoes: as a finishing it was always used in plastering, sgraffito and in the subtle art of hot-ironed stuccoes, imitating marble and decorations of the sumptuary historic architecture.

It is a decorative technique consisting of carrying out incisions on the object or the wall, on the more superficial part of it, in a way which leaves exposed the layer underneath, which tends to be of a different colour. Generally stencils are used to achieve repetitive geometrical motives. To prepare it, a layer is applied on the object or wall – generally of a darker tone – and is left to dry. When it is already dry then a thin layer of the same colour is applied. Before this second layer is completely dry, another layer is applied, usually of a lighter tone and with a special kind of thickness (depending on the specific case). After a reasonable period of time, the stencilling is carried out. This process consists in placing the drawings on the surface and then using a brush, cisquero (tool to blow the graphite) or muñequilla (ball made of cotton fibers used to clean or polish surfaces) on top and going over the stencil where the drawings are cut out, then carrying out the scraping and the incisions which are required in order to expose the layer or layers underneath.

The stucco techniques – well known in the Greek and Roman cultures – were retrieved towards the end of the Medieval Ages. However, the increasing demand for these types of techniques has taken the market to create substitute so-called stuccoes made of synthetic resins applied with a spatula and which are falsely known as stuccoes even if they are just mere caricature of them. The true gypsum stucco is defined by Turco as “any intimate mixing of gypsum, water and a substance capable of retarding the time of hardening of the gypsum and giving the mixture the workability and necessary plasticity before its hardening. Moreover, it will have a notable adhesive power which will enable it to adhere to the different supporting elements on top of which the stucco will be applied and a notable increase in the hardness and resistance to external agents.

It is an artisanal process imitating marble or jasper using a gypsum-based stucco. 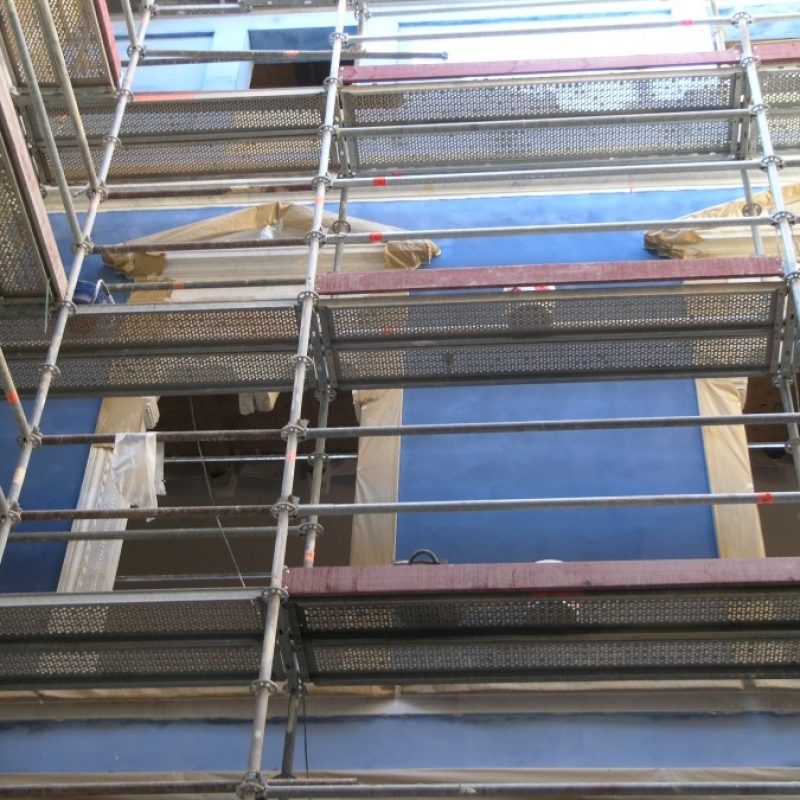 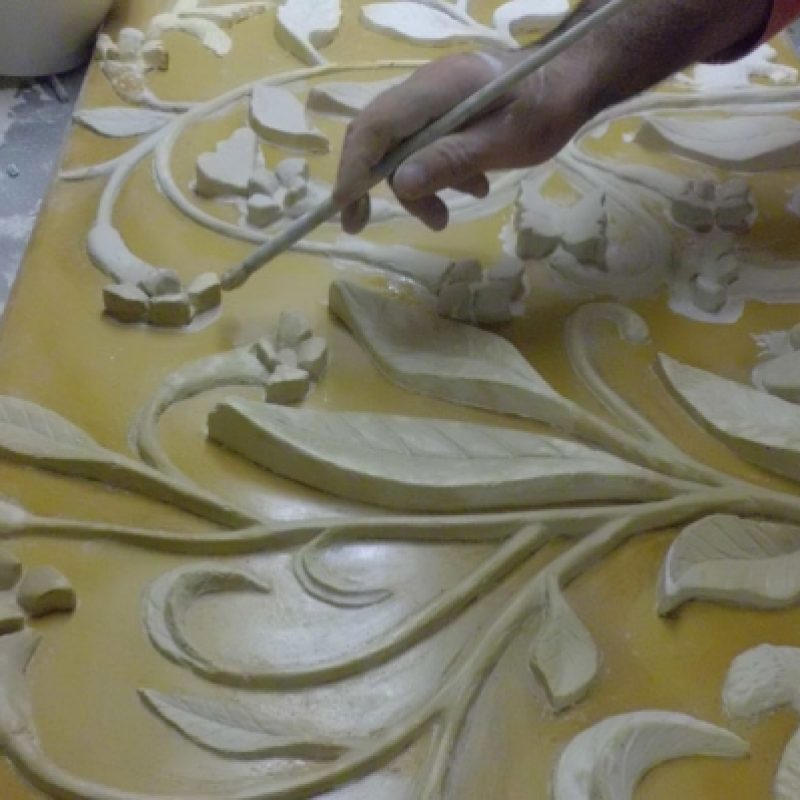 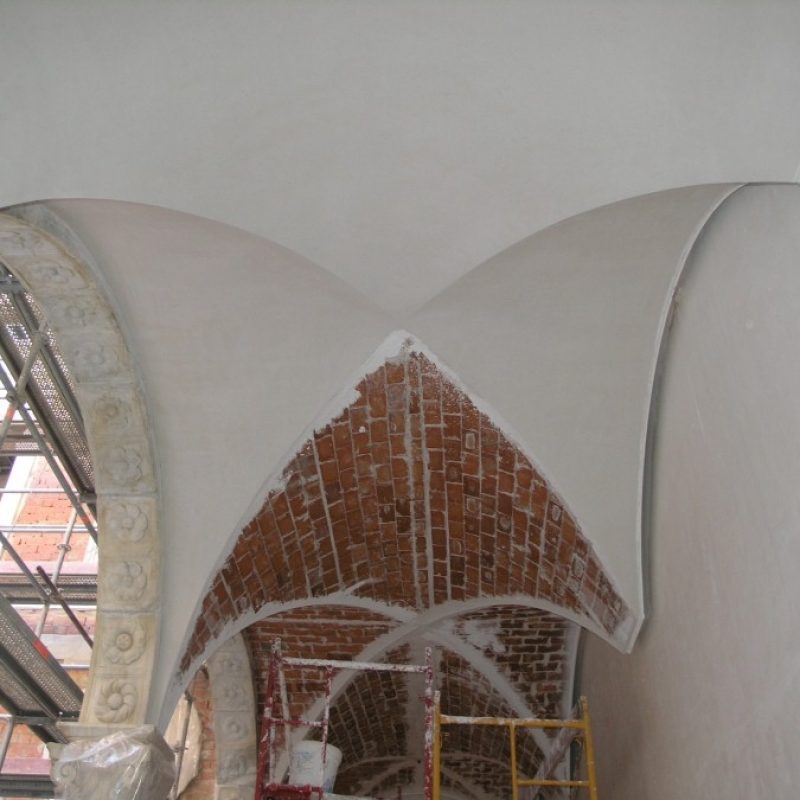 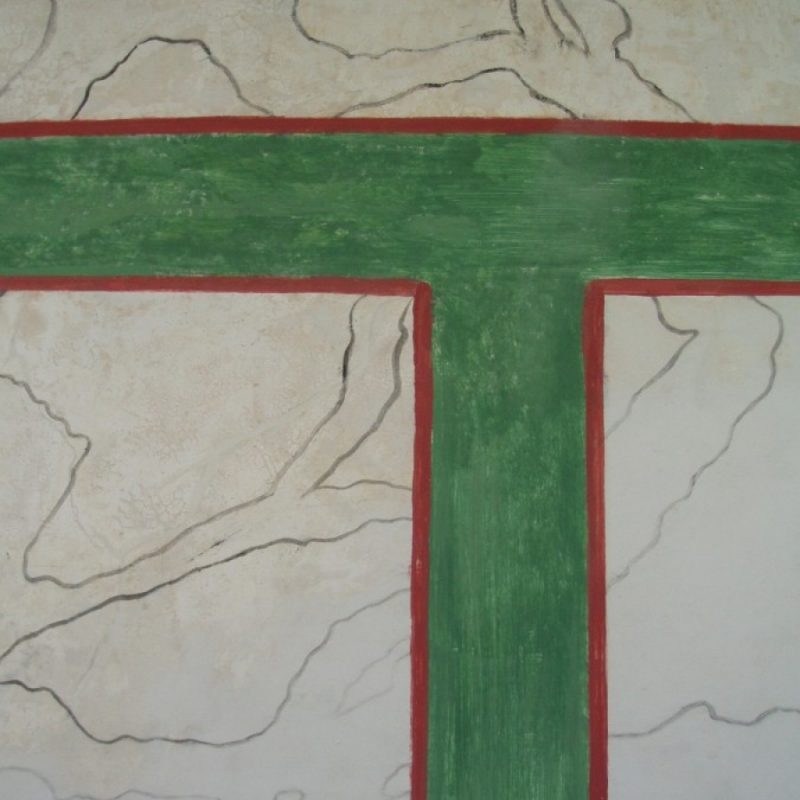 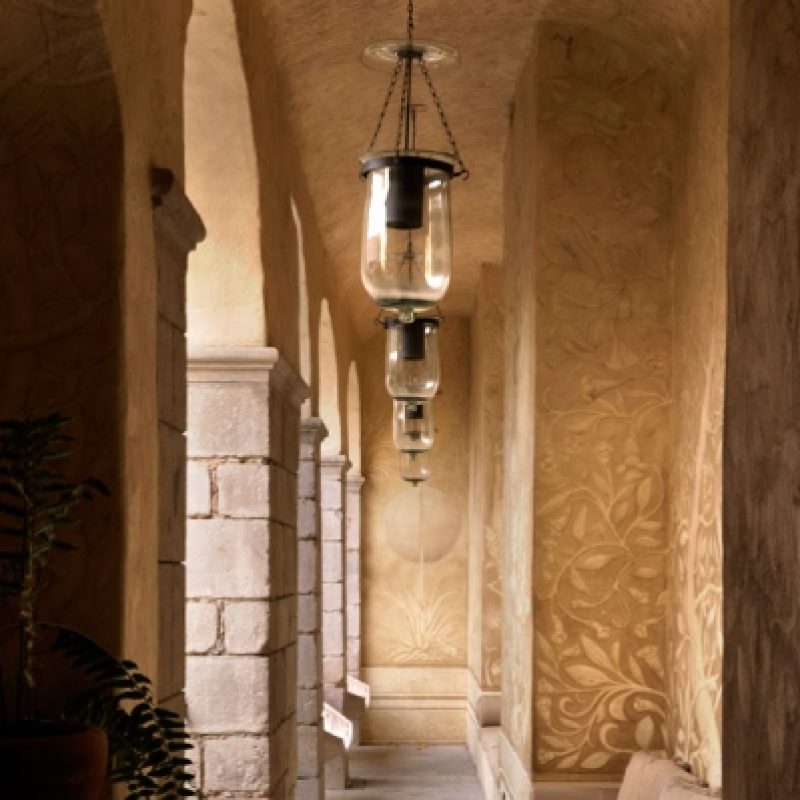 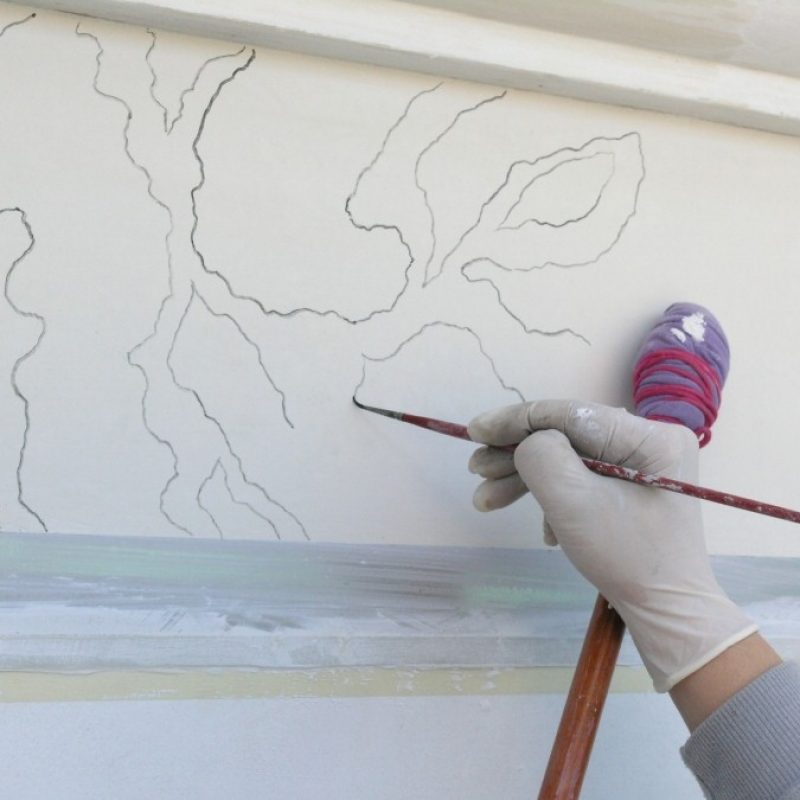 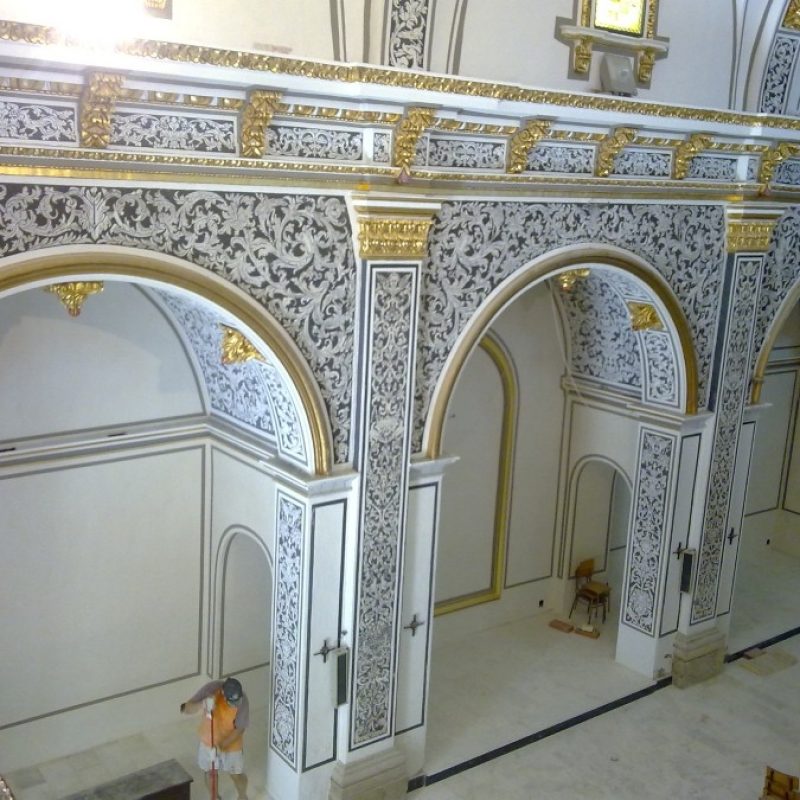 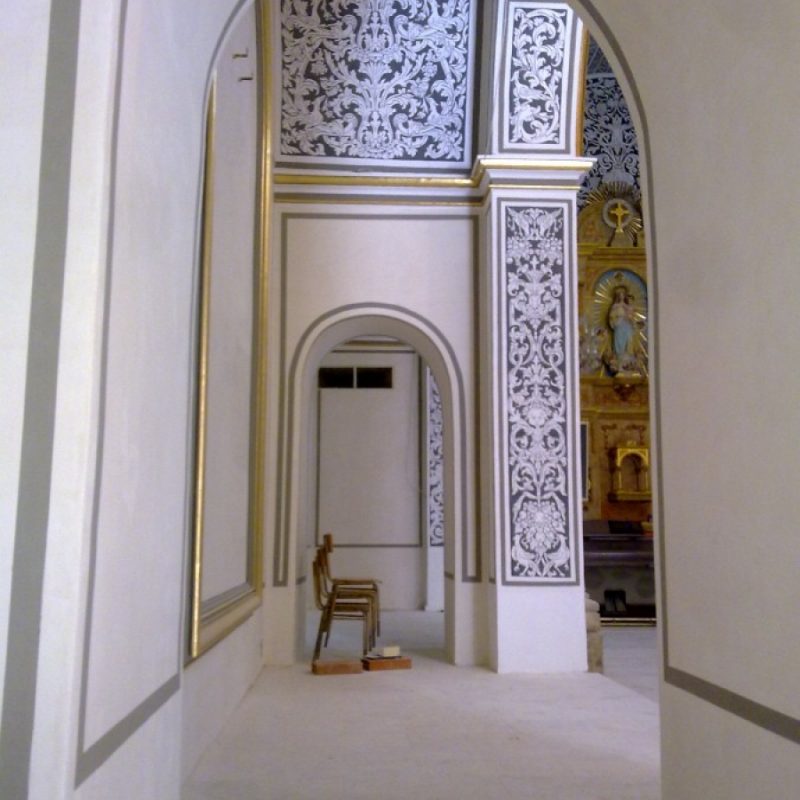 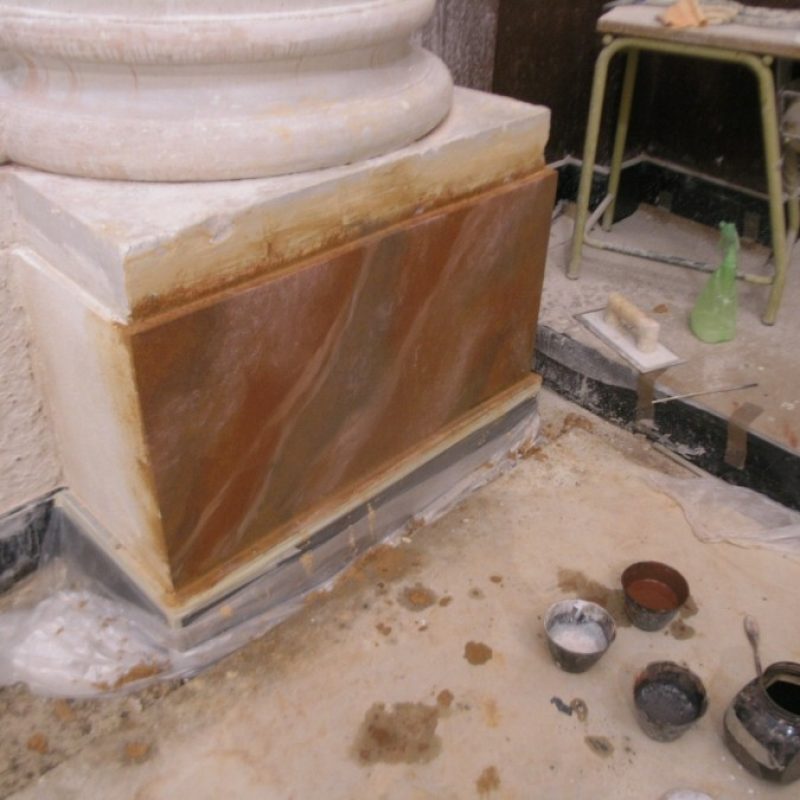 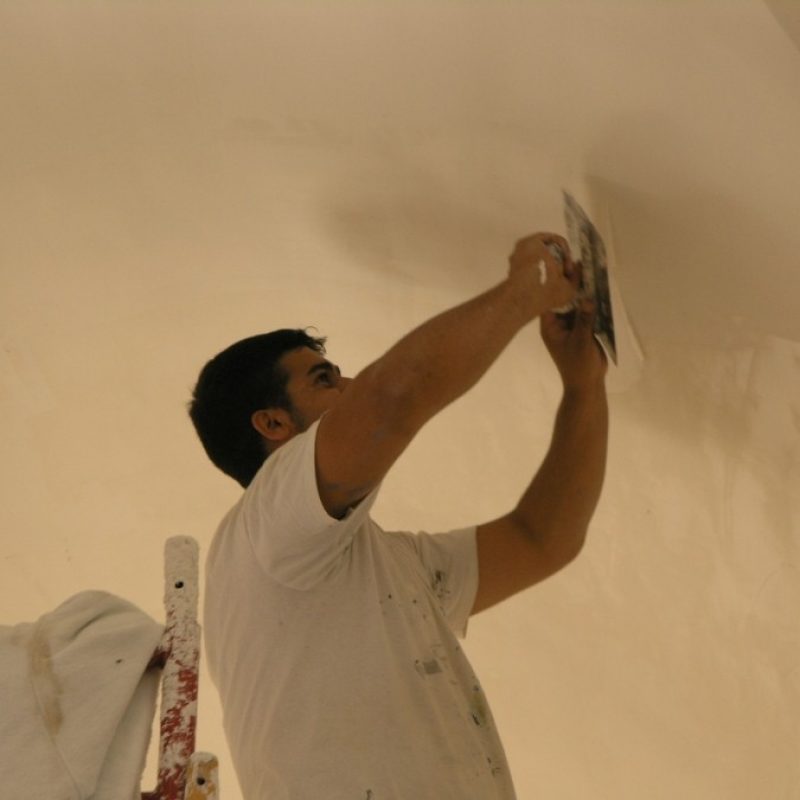