Antonio Meda makes gypsum plaster from Albarracín (Teruel province) in the traditional artisanal way in which it has been made in the area since the 10th century.

With this technique Antonio manages to preserve all of the gypsum’s properties and qualities as a material of great architectural worth in terms of hardness, elasticity, waterproofing and environmental friendliness, as well as with excellent mechanical behaviour when subjected to temperature changes, for sale and distribution as a handcrafted product.

Albarracín gypsum is extracted mechanically from the Keuper deposits in the Albarracín mountains and is selected manually. The material is then stocked near the kiln, as Albarracín gypsum in its mineral phase needs to be in contact with the elements, such as rain and sun, for at least three months so as to be naturally cleansed and oxidised to enhance the finished product’s performance and bring out its colours.

After this process a kiln vault is formed and the kiln is filled. This arrangement allows firewood (the only fuel used for calcination) to be fed in from below. The vault structure also supports the kiln’s content. With his expertise the master is able to make gaps as necessary to allow air and gas to circulate, to monitor the flame-colour phases and to judge when the calcination process is complete, among other aspects.

With the calcination or burning process, the water vapour in the mineral is removed with temperatures ranging from 300º to 900º C. The calcination timing is directly linked to the ambient conditions present when the process starts, ranging from 18 hours in hot and dry weather to 30 hours on a cold and rainy day. The cooling process is natural, by inertia, never taking less than 24 hours.

The material is then crushed with a hammer mill to the desired particle size according to the intended application, and packed into paper sacks.

He learned the trade from his father.

Antonio has presented his work in courses such as the 1st Traditional Gypsum Workshops, held in Albarracín.

The “Albarracín Gypsum” produced by the craftsman Antonio Meda Martínez has been used in the restoration of buildings of outstanding historic and heritage value, as it has the same composition and is made with the same artisan methods as the materials used originally, i.e. in buildings such as:

– Palace of La Aljafería in Zaragoza, currently the seat of the Aragonese parliament

– The Hanging Houses of Cuenca

– The Alhambra in Granada

– Palace of Papa Luna, in Illueca

–The Albarracín Bishop’s Palace, for whose restoration he received the Europa Nostra Award 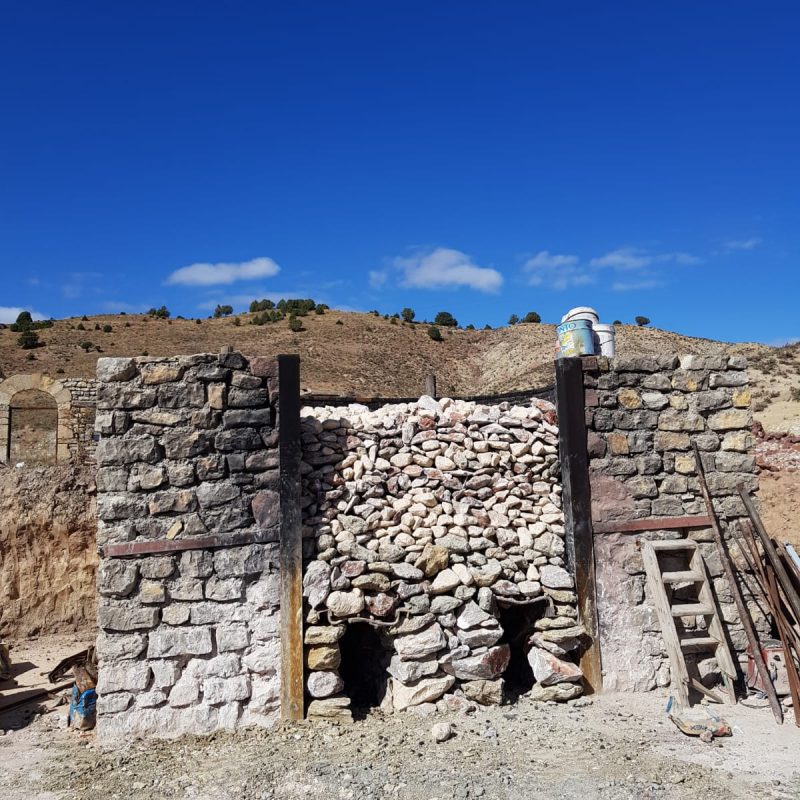 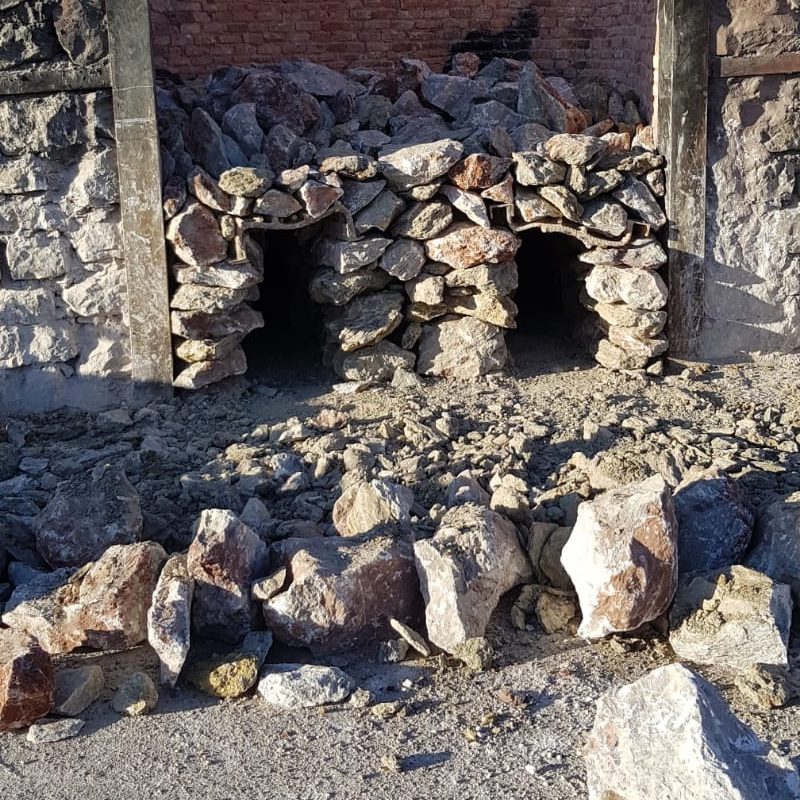 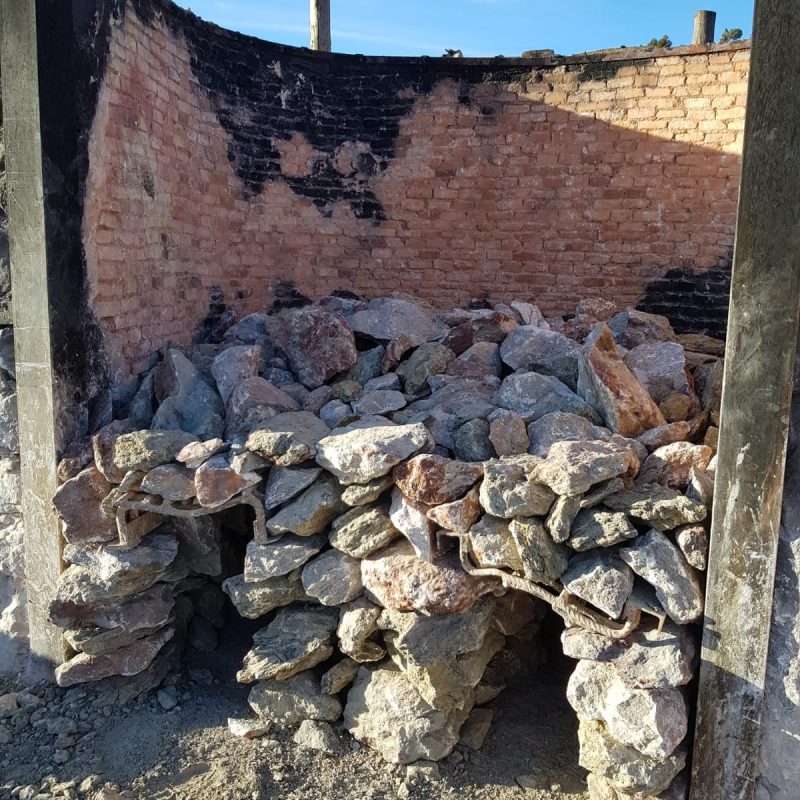 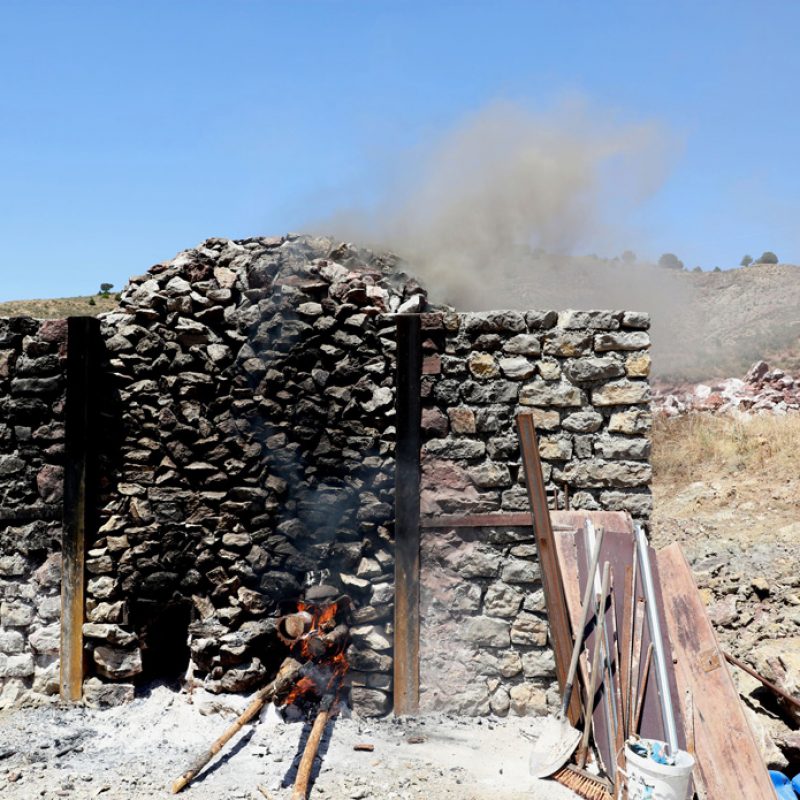 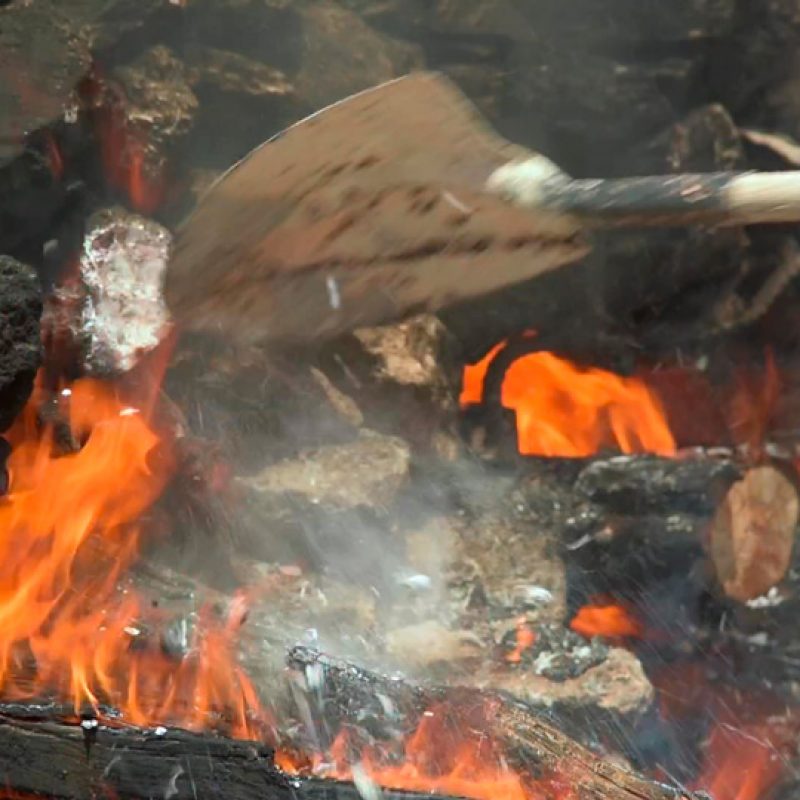 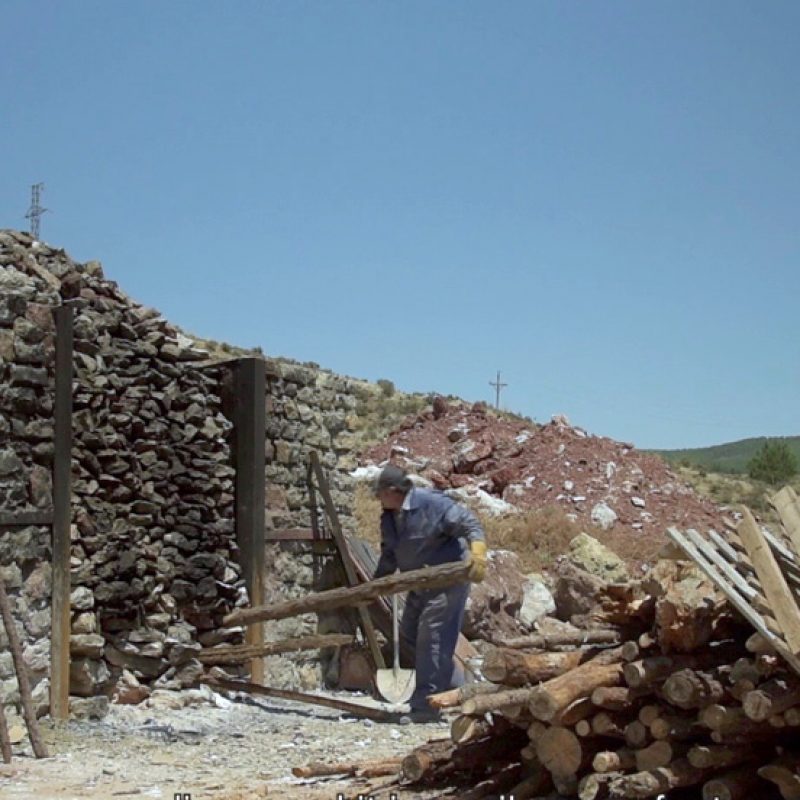 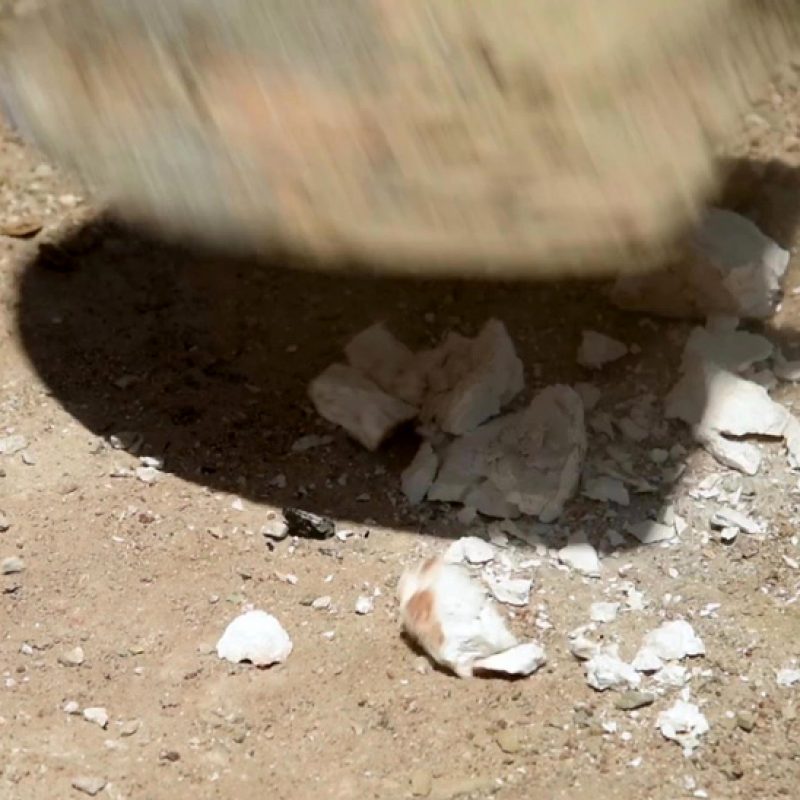 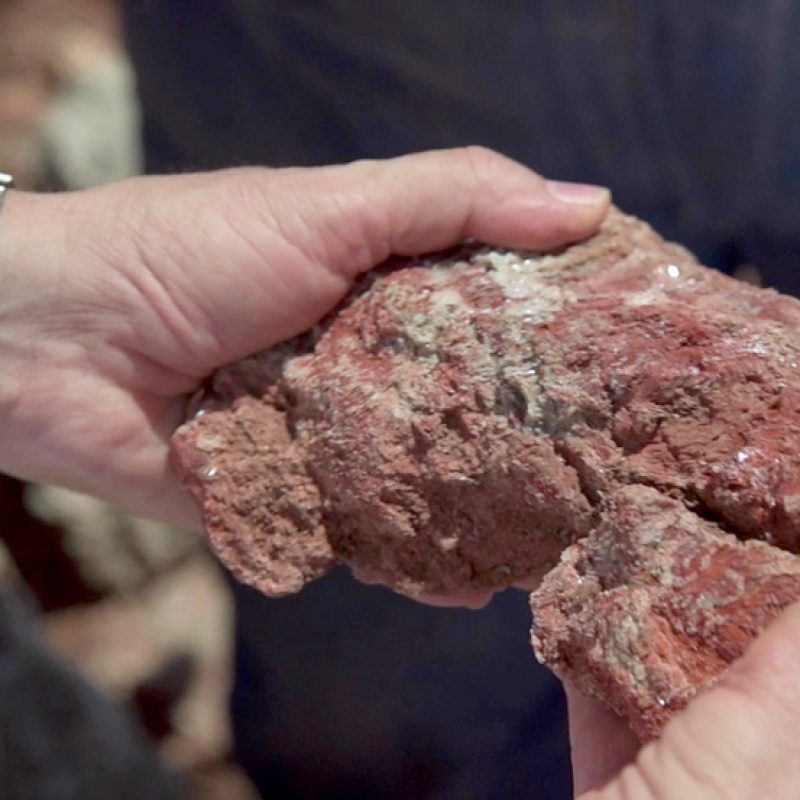