Pelayo carries out stoneworks for construction and restoration, as well as stone carving. He works both as a freelance and in collaboration with other workshops which use granite. He has worked in restoration of heritage, such as for example in the restoration of crossings, wayside shrines and cobblestone pavements as well as in the construction of single-family homes, carving of stone, dry stone walls, etc.

Pelayo gave his first steps in the traditional and artisanal craft of masonry in the year 1987, when he was only 15 years old.

He studied at the School of Stonemasons in Pontevedra and soon discovered his like and ability for this art. When he gave these first steps in the craft many traditional stonemasons had not yet retired.They were a group of artisans Pelayo remembers fondly by the name of the “elder”. These artisan masters worked their entire professional life just using manual tools and traditional methods.

From these artisans and their experience Pelayo got to learn a lot about the different types of stone and, above all, he learnt this millenary craft in a very authentic and traditional way. To them he owes his passion for the craft as well as the basis of his knowledge which he continued to broaden but which were crucial for him to carry out his professional career.

Since then, Pelayo has continued his training, attending numerous courses, carrying out works and establishing collaborations from which he learnt new techniques and disciplines. It is worth highlighting the course on “Stereotomy and carving of stone” he carried out at the School/Workshop in León delivered by the architect Enrique Rabasa, where he acquired extensive training in the more theoretical part of the craft. Pelayo admires the great task that today architects such as Enrique Rabasa and José Carlos Palacios carry out, teaching young architects traditional stone construction.

Pelayo delivered various masonry courses at different schools/workshops. He also has a large list of apprentices who followed his steps studying afterwards at the School of Stonemasons in Pontevedra.

Monument dedicated to the migrants (sphere of the world), in the Town Council of Melón.

Stone bust of Moncho Valcárcel (as Encrobas), in the Town Council of Cerceda.

Collaboration in the restoration of the Cathedral of Santiago de Compostela and a baluster of the Plaza de las Platerías. 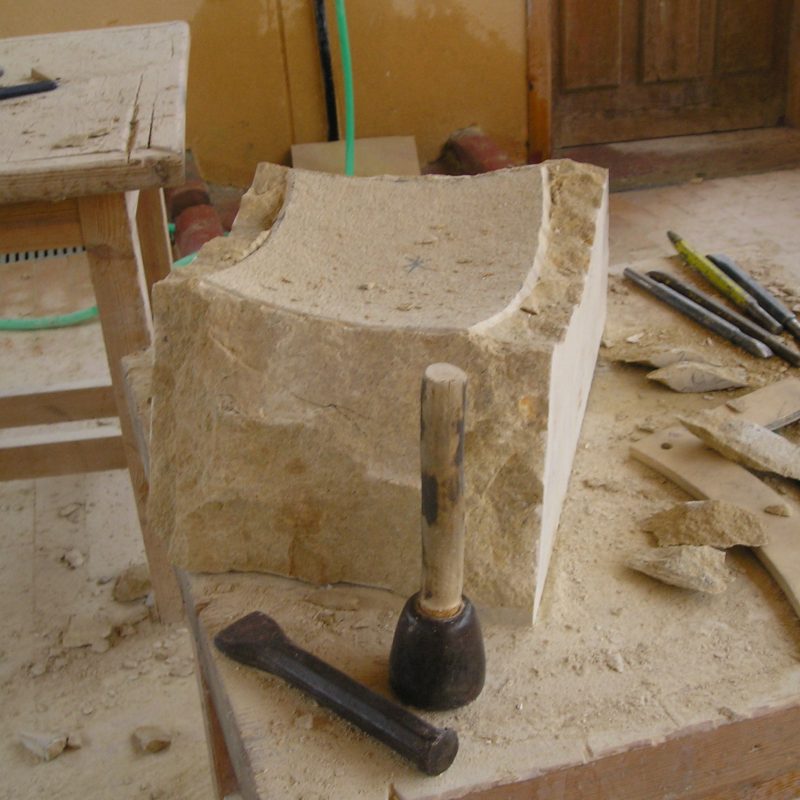 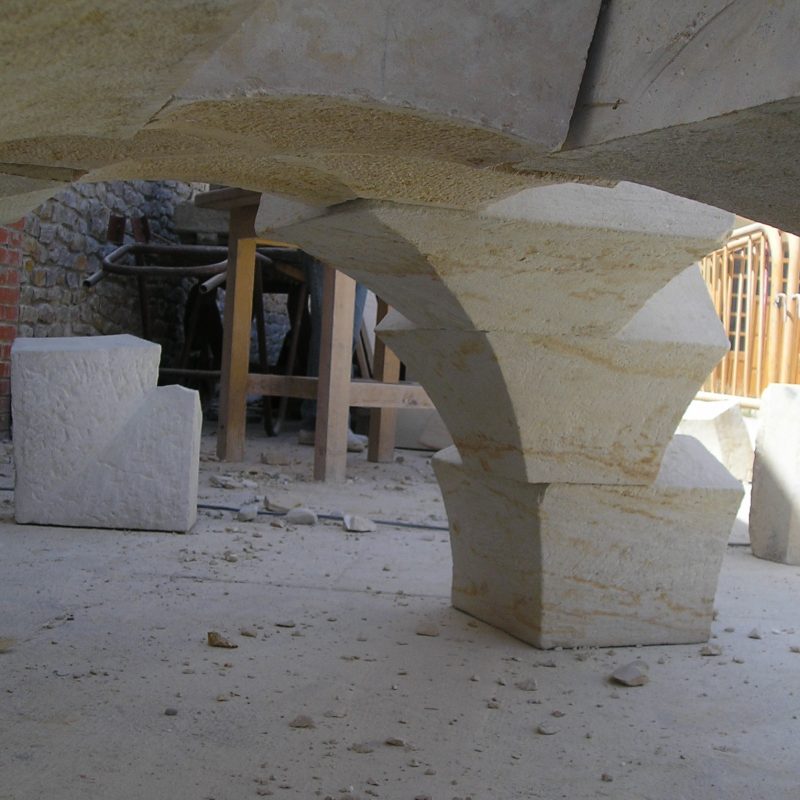 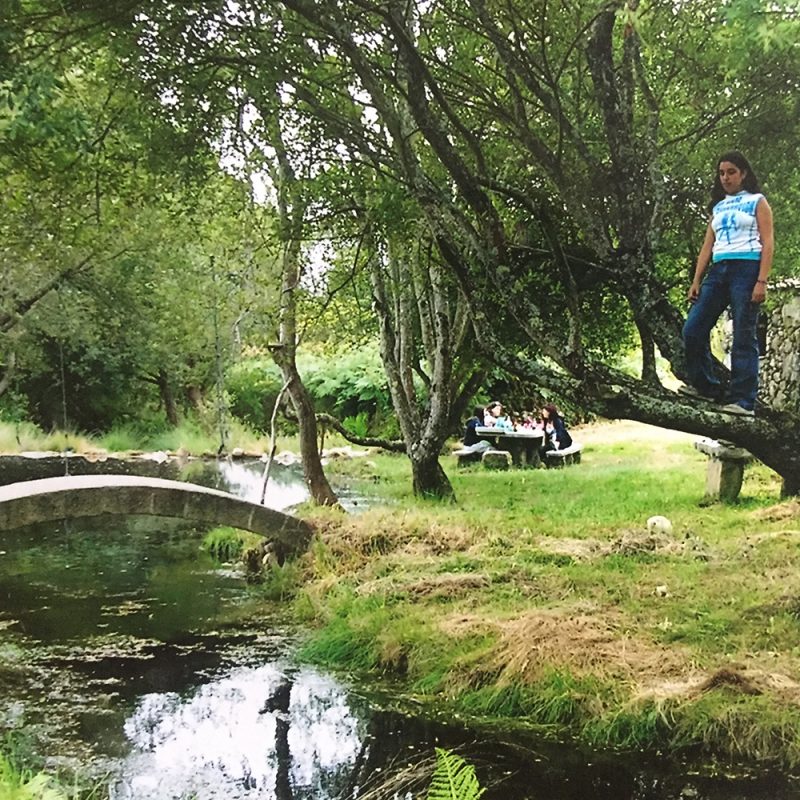 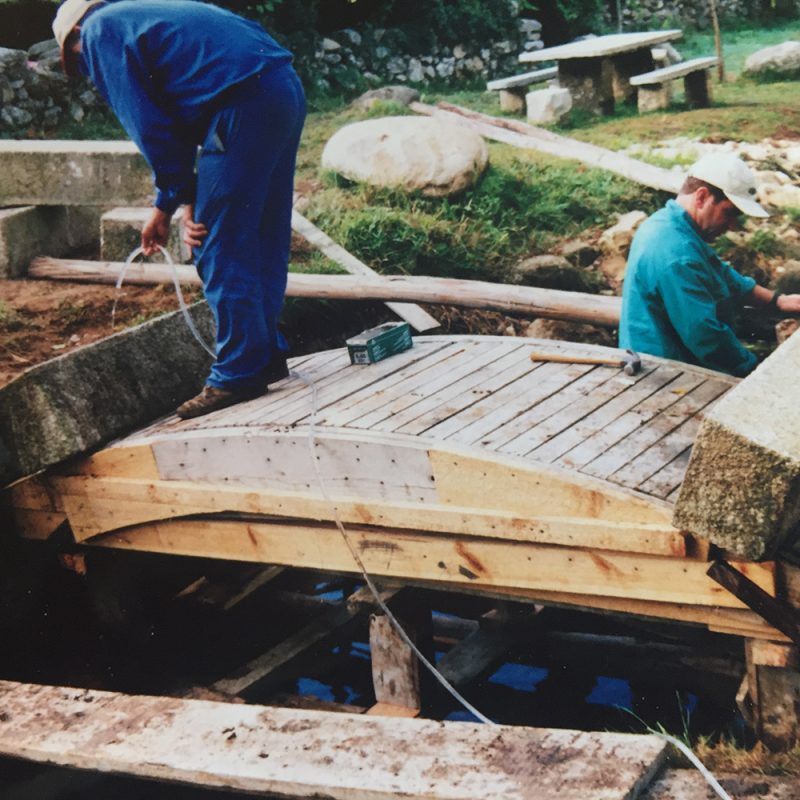 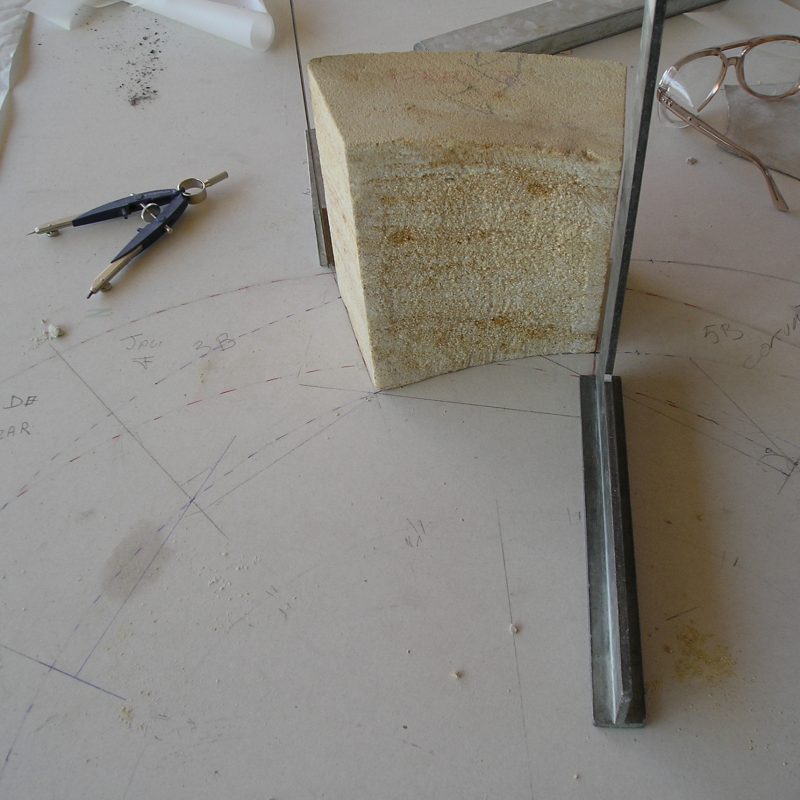 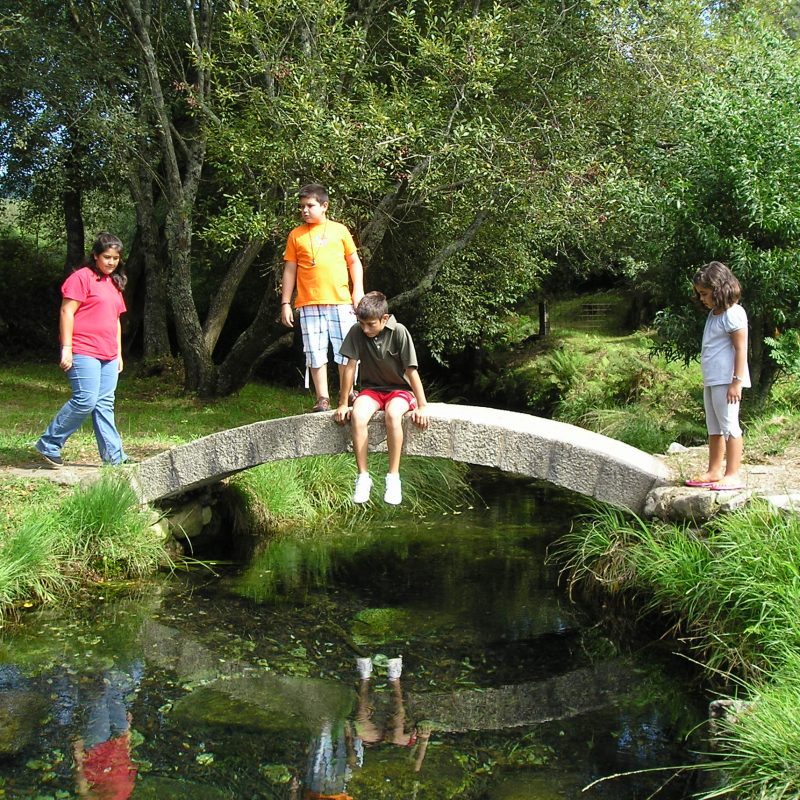 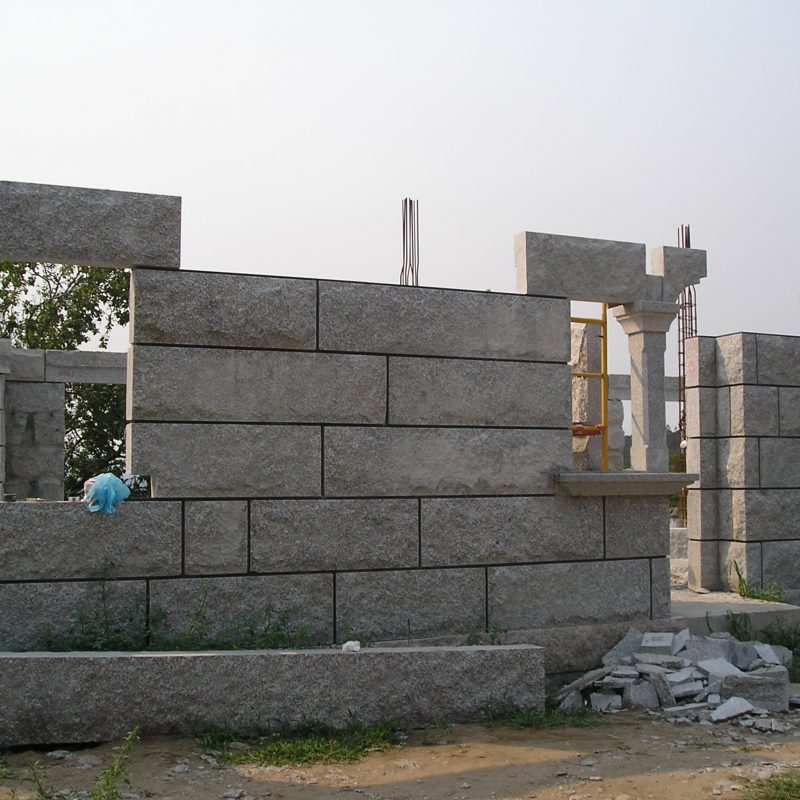 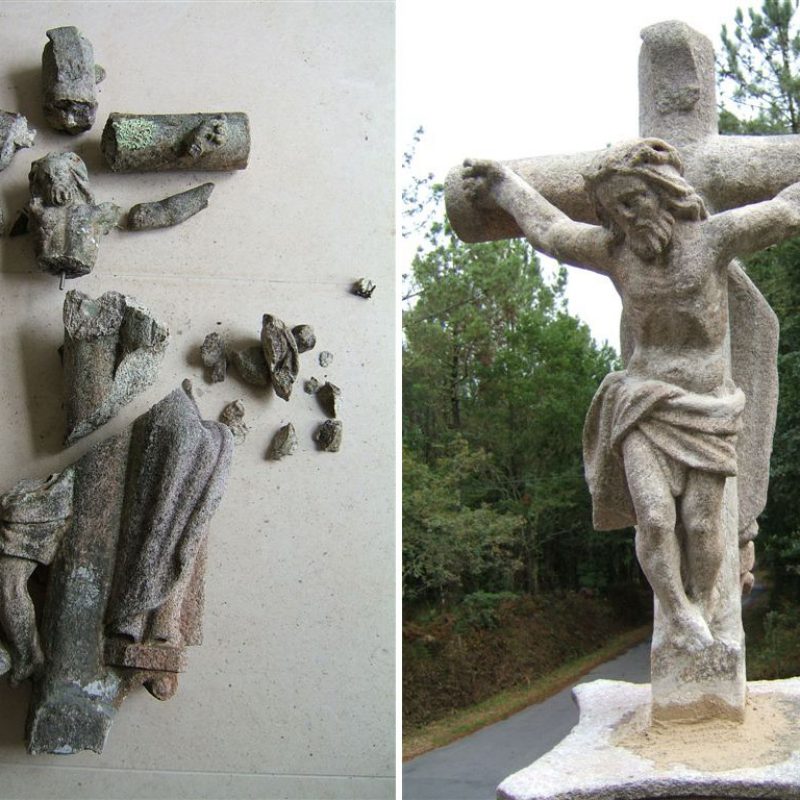 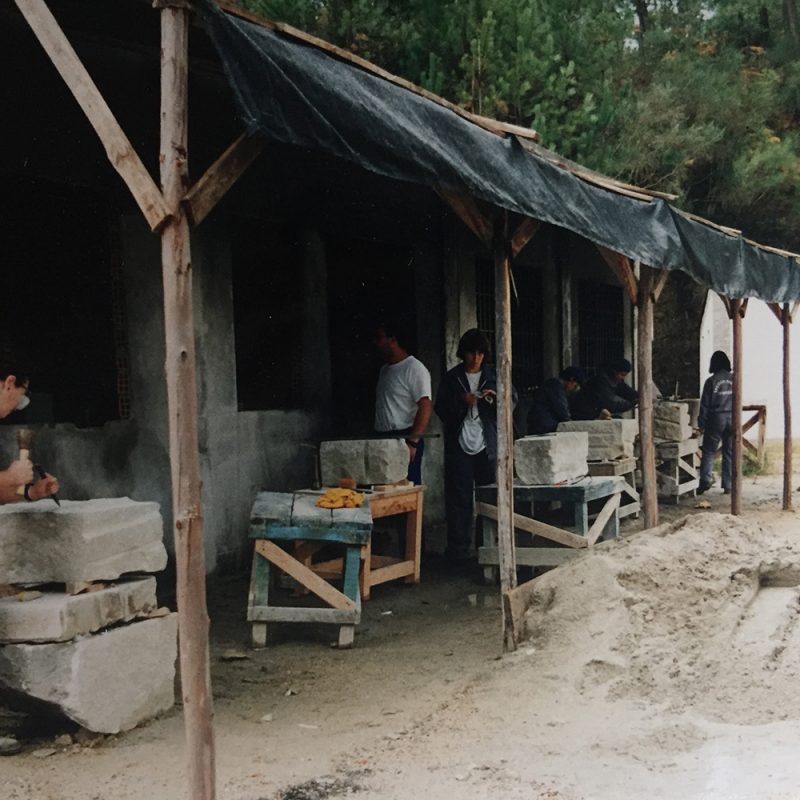 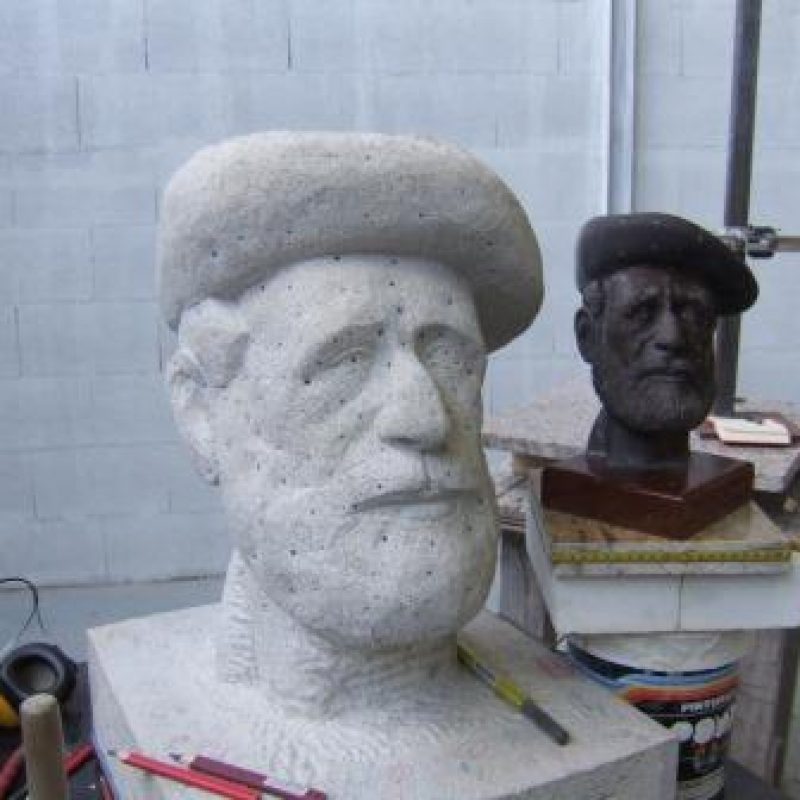 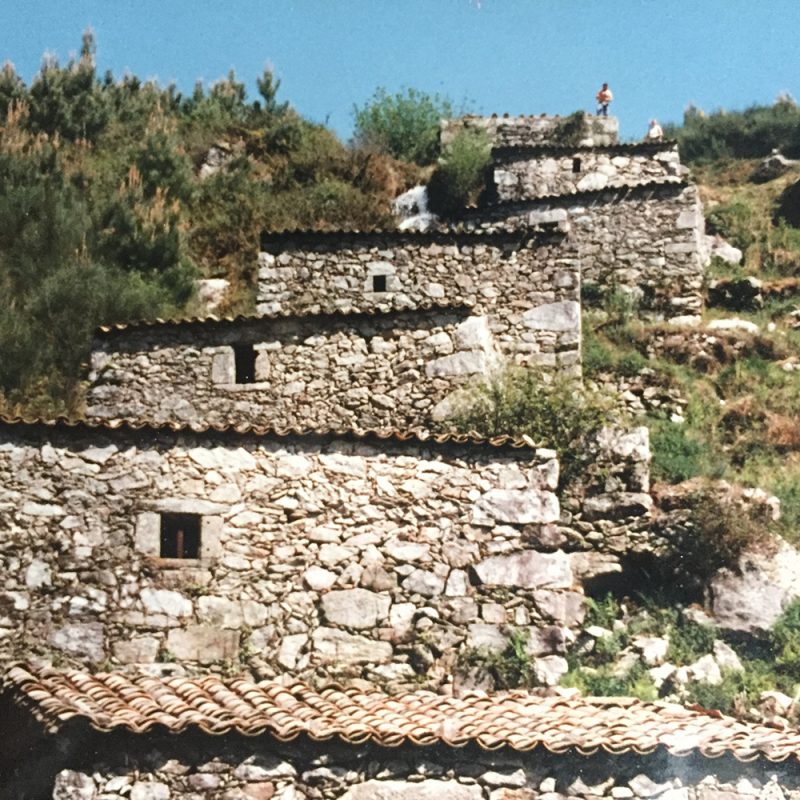 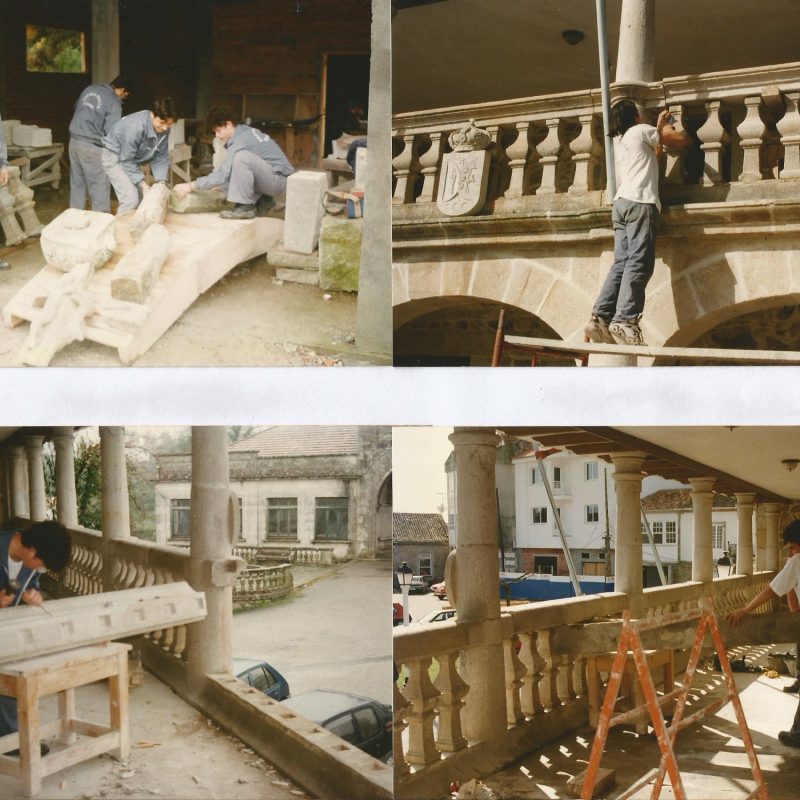